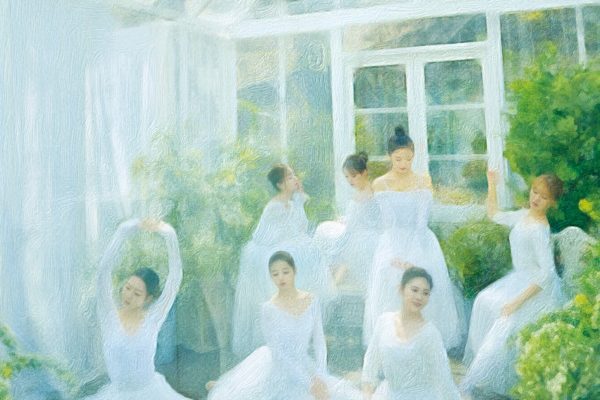 By Jung Bae | May 12, 2019
FacebookTwitter
SubscribeGoogleWhatsappPinterestDiggRedditStumbleuponVkWeiboPocketTumblrMailMeneameOdnoklassniki 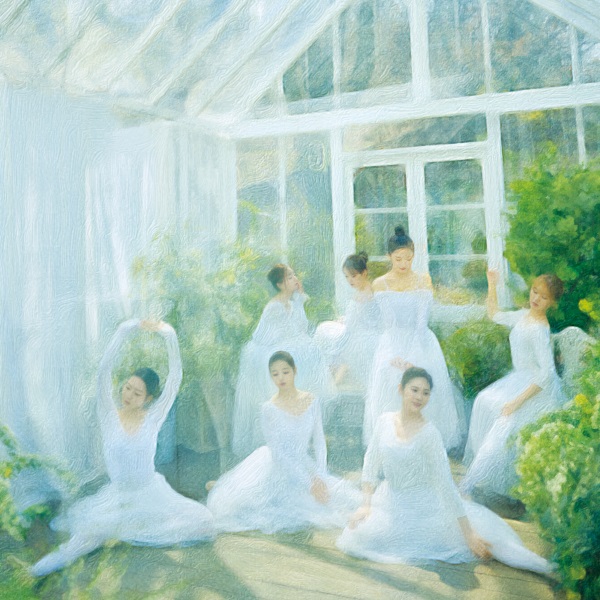 The best works of Oh My Girl have tended towards the surreal. “Closer” (2015) built a fairytale soundscape with dreamlike movements, while the stark intermissions and uncanny lyrics of “Windy Day” (2016) added dramatic, supernatural contrast to a bubbly veneer. “Secret Garden” (2018) rode a gorgeously unveiling allegory to pop nirvana, and though not quite as good as its predecessors, even the most recent “Remember Me” featured a bittersweet touch of fantasy.

There’s great credit due to the members as well as the label for consistently making that difficult series of songs work well. It also makes for no surprise when The Fifth Season, Oh My Girl’s long-time-coming first full-length album, opens by leaning into the same idea space. Basically, title track “SSFWL” is an uptempo confessional track with a melancholy minor-chord progression, reminiscent of GFriend’s “power-innocence” style in its melodic forcefulness. It adds its own marks with a softer vocal touch, intricate lyricism, and a powerful double chorus.

The track builds tension in patient, if nondescript manner, through the verse and prechorus, and then lets it out initially in a smooth-flowing chorus where orchestration and bright synths overlap. But Binnie’s seemingly final note doesn’t get a rest after, instead getting supplanted by Hyojung’s lead-in; before we can quite process that, she launches into a soaring second refrain as the strings kick into overdrive and the drums pick up. The transition and rush sound wonderful: it’s just the catharsis that the track needs.

The section also synergizes well with the lyrical flow. Ex post, the first chorus serves as a tentative setup. Note the hearsay expression: “They say you know if it’s love right away // They say you won’t get mixed up, surely be able to tell // Now, who that person is”. Hyojung completes the thought with booming assurance (“I’m sure I know”) as the arrangement charges up, and the flurry of emotion in the second chorus is consequent to that sureness.

There are other nice touches throughout “SSFWL”, and my favorite is how the titular “fifth season” is described by mixing imagery from our four real seasons. We hear of white petals scattering in a particular language of snow: “settling and settling aplenty at the tip of my feet”. The chorus invokes the summer shimmer as “you bloom in me, dizzying like a heat haze”. Spring is found as “you sprout a small bud” that grows and “fill[s] up my sky in color green and deep”, and while autumn is not as explicit, the original connotation of the line “you flood into me” is waves of water (or clouds) pushed on by strong winds – calling to mind the breeziness of fall.

With devices like this, the lyrics illustrate a beautiful, unearthly picture of the season of love. And combined with the fantasy boldness in the composition, it’s enough to build an engrossing world to keep the listener in for four minutes. It’s about as good as an album opener and title track as you could want.

Yet The Fifth Season doesn’t again replicate either the magic or the ambition of “SSFWL”. That slice of greatness raises expectations, but as the rest of the album dispenses with the surreal-fantasy framing, it doesn’t replace that with anything quite as compelling. So you get tracks like “Shower”, which has the same innocence-pop idea as the title track, but features an unaffecting melody and limited dynamics. (It actually sounds like a watered-down version of “Secret Garden” in a few ways, and both songs are co-written by Steven Lee, who also worked on “SSFWL”.)

A few ho-hum tracks later, things spark up briefly with spunky pop-ballad “Gravity”. The ever-reliable Seo Ji-eum wrote some delicate lyrics throughout this album, but “Gravity”‘s Kimi no Na wa-esque play on time and space is some of the most memorable: “If you can, turn back the clock // Ahead of that moment I found you // This misaligned day is surely because of you // This writing that will disappear soon, this is my heart // But you won’t know //Across the pitch-black night I crash-land again”. In my mind “Underwater Love”, set to a jazzy lull in the synthetic soundscape, has the only equal.

(As an aside: Seo has written a lot for Oh My Girl before too, but she penned a whopping six out of nine tracks here. I’m not sure that there’s any overarching theme that emerges from Seo’s heavy share in The Fifth Season – a missed opportunity – but I would like to see labels experiment more with what’s possible under this kind of unified direction.)

I like the couple of sharper EDM pieces that close the album, though I wonder if “Vogue” would have been better served by staying in the subdued, pulsing clubtune range that its verses are in. (It would have stuck out sorely in the album, but it might have made for a more cohesive track.) “Checkmate” is attitudinal, and the chorus is a good kind of sumptuous mess with urgent brass synths filling in the drop and vocal ad-libs going in every which direction.

The Fifth Season showcases a decent range of concepts and Oh My Girl handle them with natural ease. But the limitations are stark: there’s paltry little that holds these tracks together, and again, the most defining characteristics of Oh My Girl dissipate past the gem of “SSFWL”. Even the group’s other staple vibe – explosive cheerfulness as in “Cupid” (2015) or “Perfect Day” (2017) – is not really present to pick up that slack. It’s a worthy addition to the illustrious discography, but The Fifth Season is not the watershed moment that a first full-length might have been.