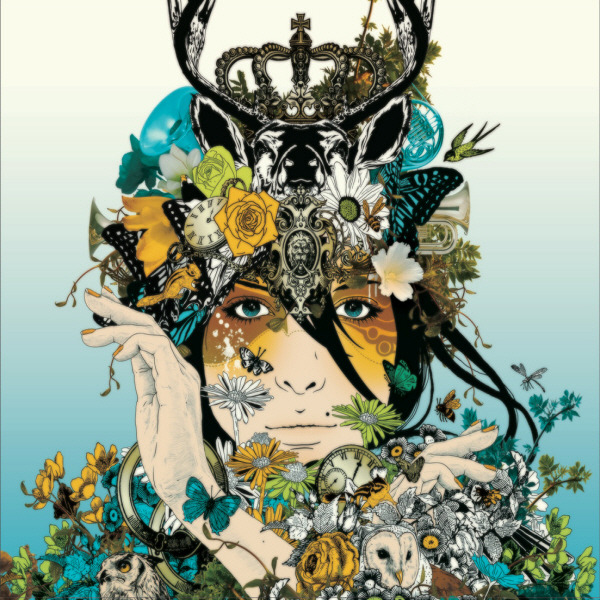 By Jung Bae | May 20, 2011
FacebookTwitter
SubscribeGoogleWhatsappPinterestDiggRedditStumbleuponVkWeiboPocketTumblrMailMeneameOdnoklassniki

Being a shibuya-kei artist is potentially exasperating–no matter what you do, you’re probably going to be compared to genre legends. The Free Tempos, the Daishi Dances, even the Nujabeses of the world–they will always be the golden standard, and it’s an uphill battle to distinguish oneself from the pack. So for Sentimental Scenery, arguably the most gifted (and by far the most prolific) shibuya-kei artist in Korea, even accomplishing that feat is half a success. Not only has his previous work satisfied the Korean market’s small demand for this brand of music, but he’s also achieved an expansive scope of diversity and experimentation within the genre. So his first studio album, Soundscape, more than deserves its hype.

There’s a lot to like about Soundscape. For starters, there’s a ton to listen to here. Twelve tracks isn’t exactly extraordinary for a full-fledged release, but each track is crafted with diversity, and more importantly, listening pleasure in mind. The sound is crisp and densely written throughout. Melodies are just as volatile as the moods. Even the trippy album cover is interesting to look at, although it seems like a pretty clear homage to DJ Okawari. Coupled with the album’s level of polish and the rarity of this brand of electronica in Korea, Soundscape does start with a leg up over other albums in interesting qualities.

Instrumental or instrument-driven albums are all judged by the same standard: how effectively does the artist use the tools given to make engaging music without vocals? Sentimental Scenery used to resort to both melodic strength and diversity of instrumentation to accomplish this. In Soundscape, though, he makes a bold change: he leans much more heavily on the strength of melody. There’s a lot of diverse sounds in Soundscape, but not nearly to the level seen in previous works. The majority of this album relies on the familiar electronic soundset of piano, drum machine, and synthesizer, which means the artist must find other, more difficult ways to make these interesting.

If you had any concerns about what that would do to the quality of this album’s tracks, they should be gone after the opening track. Spring Breeze, starring Mizuno Mari (or Mari Mizuno, if you prefer the American ordering), the lead vocal for Japanese fusion band Paris Match, starts with a speedy arpeggio and never slows down. In Scenery’s depiction of this “spring breeze”, the progression of sweeping arpeggio is one component; the slowly revealing string line, another; the punchy beat and interjections of actual birdsong, the icing. Spring Breeze is an intricate construction of these elements and a gorgeous melody, and Mizuno Mari’s slightly auto-tuned, spliced vocal track adds a dimension of the uncanny in a song already brimming with depth. What’s remarkable here isn’t just that Sentimental Scenery is using such austere instrumentation; we’ve heard that from him before, in glimpses. No, the real deal is how much vibrant energy he is able to extract with that instrumentation. Spring Breeze is extremely kinetic–it’s always got a sense of movement and speed, and that arpeggio keeps the music afloat even when the beat is absent. As it turns out, the artist makes that kinetic energy a recurring theme.

Heavenly Sky, performed with Shim Gyu-Sun‘s vocals, takes a similarly techno-bouncy beat and ties it together with similar instrumentation as Spring Breeze–the combo of piano and string. Piano work has often been Sentimental Scenery’s most recognizable trait, and it’s as creative and intricate as always throughout this album. A pair of tracks performed with electronica vocalist Taru, Brand New Day and Blingbling, again follow a similar formula, albeit with heavier focus on electronica. Heavenly Sky and Brand New Day are both driven by Scenery’s trademark speedy, spliced piano; while Heavenly Sky is very chorus- and vocal-focused, Brand New Day, which also happens to be the album’s lead single, utilizes the reverse beat extensively, and is technically more intricate. Blingbling, which was released as its own single before, cuts back somewhat on the piano and opts instead for an accompaniment of dreamy, fuzzy synthesizer. And finally, Glory Days, which is the only track in the album where the artist himself sings, borrows pages from Owl City in its slowly building, ambient melody. These four tracks form the core of the easy-listening, piano-electronic block of Soundscape.

The culmination of this approach to style probably lies in second track Tune of Stars. It’s a balance of the various extremes described above. Tune of Stars undoubtedly has the strongest melody of them all; the extremely long chorus would otherwise have fallen apart, but it sounds good enough to go on continually for about a quarter of the entire track. The melody oscillates steadily between a peak and trough, and so it becomes a very loop-able chorus. The instrumentation combines elements from Heavenly Sky as well as Spring Breeze and the Taru tracks, and does a good job of being just ambient enough to be a good accompaniment while shining on its own in places. Featured vocalist Hee Young‘s performance could actually use a little less double-track, but it’s a good compliment to the song as it is.

But what is perhaps the best vocal-extant track in this album actually takes a different approach. Mizuno Mari again lends her voice for Moonlight, and Sentimental Scenery again tries to capture the essence of a tangible piece of nature in music with a quiet, poignant piano line and a dramatic yet dreamy string combination. This track is much more “traditional” as far as the shibuya-kei style is concerned: it’s moody, with a jazzy groove to pave the way for a flowing vocal track. There’s no Brand New Day-esque syncopation going on, but it’s by far the most sophisticated-sounding of the bunch–the ever-so-subtle touches, like the tone-adjusting of minor piano notes and almost inaudible sprinklings of electronic garnish, are welcome pleasantries. Mizuno Mari’s collected performance again ties up the package, and the track manages to elevate itself above a number of very strong tracks.

So far, so good. Those tracks tell only half the story, though. Five of the twelve tracks here are pure instrumentals: each is exhilarating. Childhood takes some very basic accompaniment (the base piano line is the same one-chord, eighth-note accompaniment you learn as a beginning pianist) and opens it up into a sophisticated, nostalgic track, while Ashes of Love goes in the unexpected direction of a straightforward, solitary ballad instrumental. Lost Paradise, the most heavily electronic track of the album, unleashes a liberal storm of phaser and synthesizer along with a ponderous melody and cryptic murmurs.

The crown jewel of this entire album, though, is the eponymous Soundscape. It’s probably the slowest and most acoustic track here, but it’s all the more remarkable for it. The track opens with a soothing austerity of piano, violin, and snare, and slowly builds up layer by layer; the process is fascinating to listen to, as the melody takes a sudden turn, suspenseful drums and cymbal kick in, the piano speeds up, and strings whip up a torrent of emotion. It’s done in a very methodical, carefully calculated manner. And it’s effective: the all-too-short, raging storm of sounds in the climax is some of the most spectacular, breathtaking music that I’ve ever heard.

Finally, the album is wrapped up by the jarringly disparate Finale. The grim melody conveys a sense of scale similar to Soundscape, but manages to also get some of the electronica soundset in as well. The grandiose outro is fitting, leaving listeners hanging high on suspense after the ups-and-downs of the album proper.

If you’ve read up to here, you’ll notice that I actually discussed every single track of  the album. I don’t usually do this, but Soundscape necessitates it–this is an album where every track is crucial to the overall flow, crucial to the discussion of the album as a whole (more on that later). It’s clear that a lot of thought went into selecting the specific songs and order of Soundscape; for such a packed album, it’s a surprisingly natural listening experience from beginning to end. There’s a minor qualm in this department though, as the album could actually have used a couple more grounded songs; there’s nothing in here that has the grave impact of Lunar Eclipse or the suppressed emotion of Time After Time. Fundamentally, though, this would be a critique of the range of sounds used in the album, so it is understandable that Sentimentary Scenery may have avoided such tracks on purpose.

Soundscape also lacks any semblance of a “kill track”. Brand New Day is the lead single, but it’s eclipsed by some of the other tracks here. Those would include Tune of Stars and Moonlight, among others, but none quite have the impact that an album-defining track should have. The instrumental Soundscape, while plenty impactful, is too much of a departure from the rest of the album to be representative. This has a couple implications. Without a singular impact track like his previous Harp Song, it’s harder to identify the personality of Soundscape. At the same time, this is what makes it ever more important to analyze every aspect of the album: without a distillation of its personality, we have no choice but to take the entire album in at once.

Is that a good thing? Frankly, at this point I don’t know. Soundscape works like a kaleidoscope: listening to it gives you a picture of an array of diverse colors and moods. There are some similarities in melody and methodology that tie certain tracks together, but on the whole it doesn’t ever quite come together. And that’s even in light of the fact that Soundscape doesn’t encompass as wide a range of genres as previous collection Sentimentalism, not to mention the artist’s singles. That’s not necessarily bad, and it certainly leaves the album in intriguing territory.

In that respect, Soundscape is similar to Second Moon‘s monumental magnum opus from 2005, 두번째 달 (Dubonchae Dal, which means Second Moon). That album was also primarily instrumental (although not at all electronic), and branched out to a huge variety of genres and themes that didn’t seem to ever come together. It took a little while, but Dubonchae Dal is now considered among the greatest albums in Korean music history. Being similar in its construction, will Soundscape follow in its footsteps? I don’t think quite that highly of this album, but it’s still difficult to imagine how it will pan out in the future, or how it will sound when we listen to it years from now. It’s a matter left best to time.

As we see, some things about Soundscape are absolute enigmas. Very much of this album’s significance will depend on Sentimental Scenery’s future work. But let’s get back to the concrete stuff. Here’s what I can say with confidence: Soundscape is a work of extraordinary imagination and execution. It is one of the best shibuya/electronica albums that Korea’s ever seen, perhaps surpassing the works of Clazziquai Project and 015B. It is far and away the album of the year for 2011 so far. That should be enough for now, but this is an album that definitely needs to be revisited after years. Coincidentally, those often turn out to be the best kind there is.