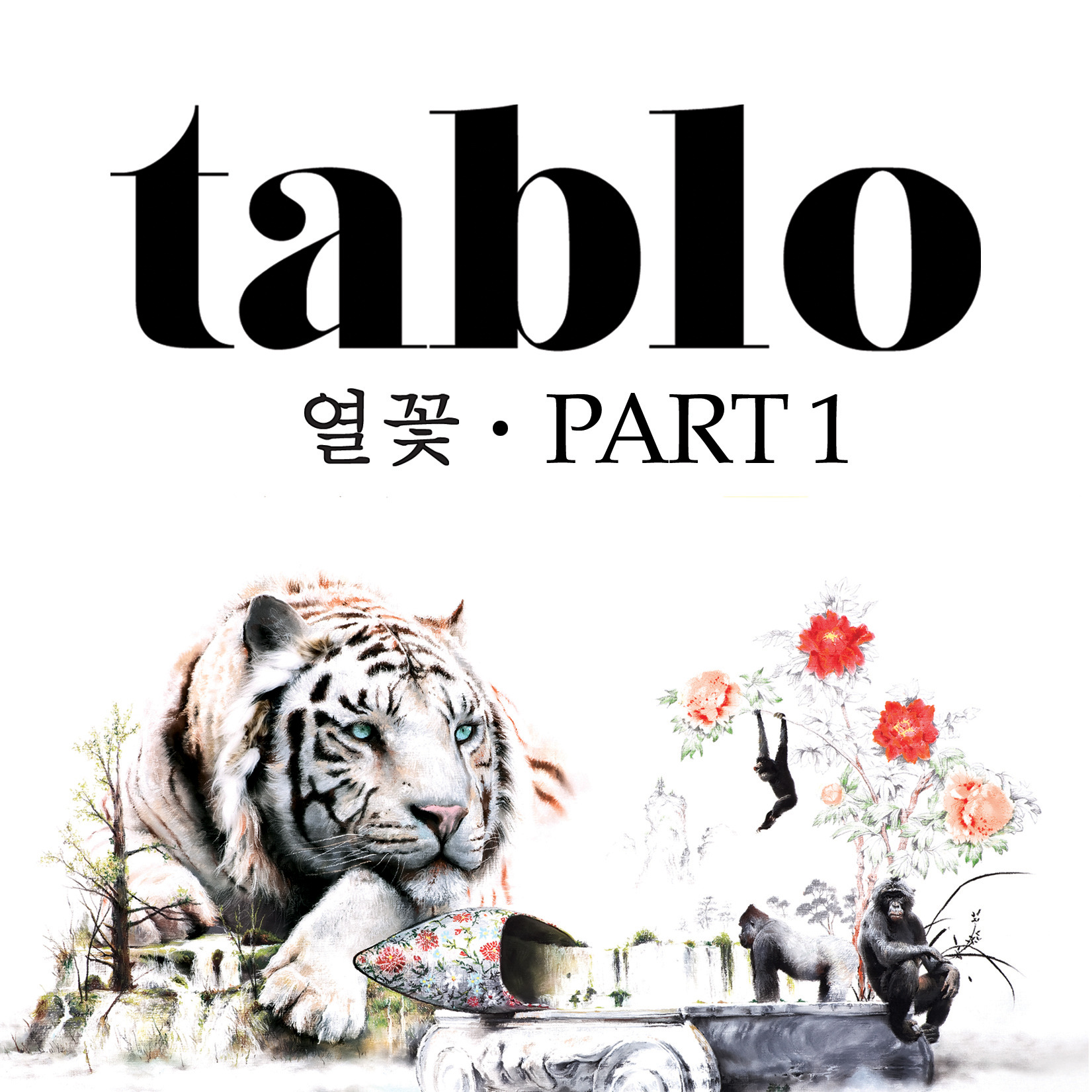 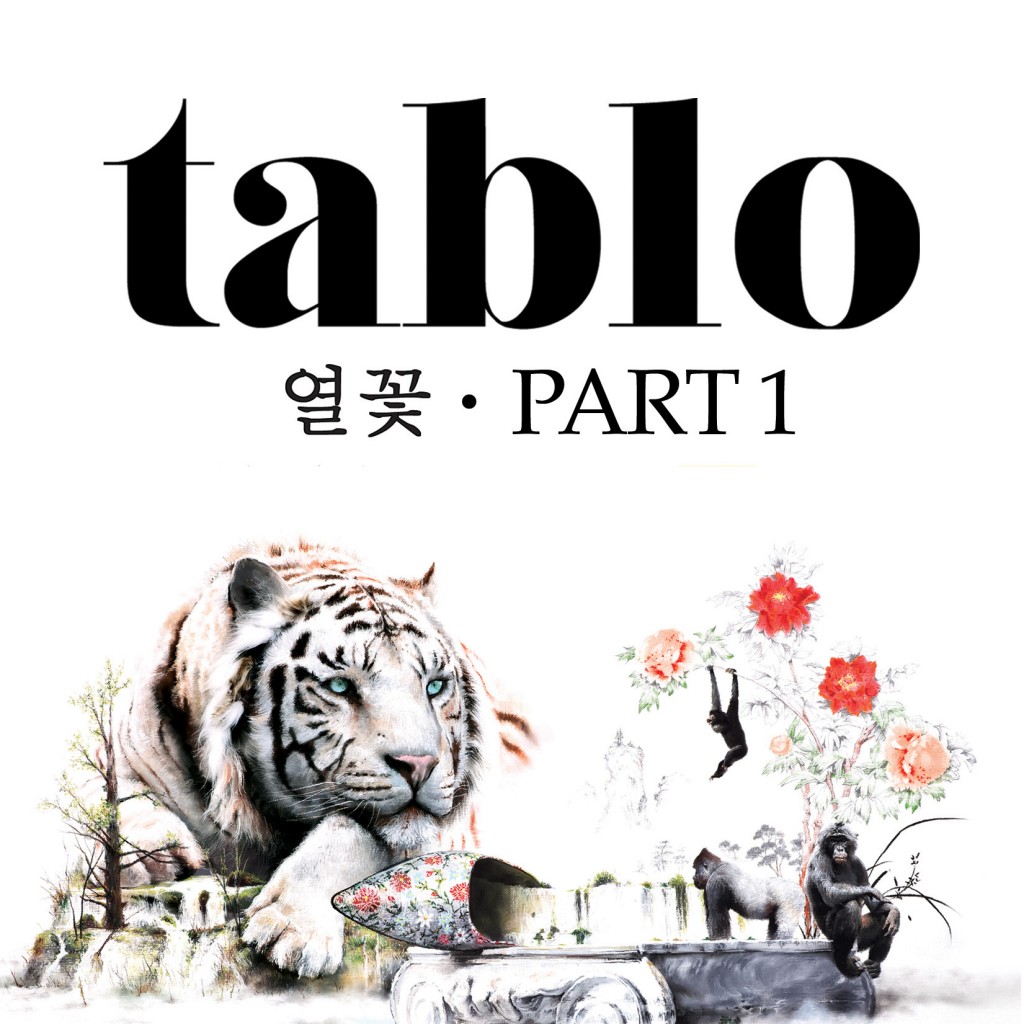 “Because sadness is my home. I’ll remain here, at this spot. For now I know, even if I go out awhile into happiness, I am to return.”

After a year, Tablo meets us again. After last year’s vicious frenzy of hardships and struggles, in his return we see the remnants of turmoil and pain, sadness and anguish. These things permeate 열꽃 (Fever’s End), and they are laid bare for listeners to take in. Tablo in Fever’s End is no longer the Tablo of Epik High. He is not Supreme T, no longer “the question to all answers”. He isn’t even Tablo – he is Lee Seon-woong, Daniel Lee. The careful layers of bombast and confidence are ripped away, his ego and persona gone. In Fever’s End, Lee Seon-woong is a man just like anyone else. A hurt, struggling, vulnerable man, reduced to the most basic emotions of a human being.

His pen explores sorrow as it comes: there’s astonishingly little in the way of the allegory, metaphor, wordplay, and showy vocabulary that he once wielded as one of the best lyricists in Korea. What remains is his almost instinctively effective use of language – every word speaks volumes, every line more expressive than entire poems. In opening track 집 (Home), he constructs sadness within the spatial dimension of a “home”. His soft, austere rapping cuts sharply across the bleak expanses drawn by a solitary piano: claustrophobia meets depression as he muses, “Death if I leave this place // More than the familiar sadness, I hated the unfamiliar happiness”. Words are but a part of his expression; starting subdued, his tone rises ever so subtly, almost angrily, but doesn’t ever quite boil over – every time, he lets it go, as if unable to muster up enough emotion. The song takes another plunge into the depths of depression when Lee Sora, herself known as a master of subtle emotion, mournfully whispers the chorus – “Now I weep without tears // Just like breathing, I weep again // The sadness that has become home // I try to step outside it but // I weep at the doorstep // Without knowing, I weep”. Her performance shatters whatever delicate hold existed over the track’s emotions, and Tablo’s literally broken hook near the end portrays that sonically.

This kind of brutally austere presentation is the hallmark of Fever’s End. Part 1 of the album (its first five tracks, released ten days before Part 2) pair these lyrics with melancholy beats and dark themes, and its songs eclipse even Epik High’s masterpieces in incisiveness and expressiveness. Lead single 나쁘다 (Bad) starkly deconstructs the emotions of loss and love using simple, direct language (yes, “bad” is an example); Airbag finds profundity in the routine of a taxi ride. Airbag‘s setting serves as the backdrop to its recurring theme of collision: Naul croons “I need an airbag // Before I hit the enormous, approaching sorrow // I need an airbag // It’s too late to avoid”, while Tablo explicitly breaks his desperately solitary monologue over a car accident.

At the same time, there are a couple tracks here that border on the cryptic. 밀물 (Flood Tide) is one: it’s the album’s only truly metaphorical track, using imagery of being washed away by a tide. (There are some lines here that seem to make references to the Tajinyo controversy). Dreamy piano, tightly-split beats, and the water-splash background track are all ominously morbid. The other example is Part 2‘s Dear TV; this one doesn’t even have much lyrics, as the track consists of 40 seconds of intro, about a minute of verse, and then ends with a minute of outro. While the all-English lyrics here show flashes of brilliant punchlines probably worthy of Supreme 100 (“I’m looking for nirvana but you Geffenize me”), the social cynicism as well as the instrumentation are still mostly disturbing.

Back on tangible territory, 밑바닥에서 (At The Bottom) is addressed to family – the first verse to Tablo’s wife, actress Kang Hye-jung, and the second to his baby daughter. The husband and father reaches, I think, the album’s highest heights of virtuosity in this track: these few lines express both love and pain so tenderly that it almost feels like it’s infringing to listen to the song. To Kang: “You could have rested in greenness, in the bright forest // Now my love walks the rain with me, under my clouds… // It wasn’t so that you might take half my misery that I became your other half”; to his baby: “Every time I watch you grow overnight // I think of my reality, not growing an inch // I’m sorry // I say it thousands of times, I’m sorry // That the ceiling of this small room is your sky // That I am your umbrella and rain”. A partial translation doesn’t do justice; even more tellingly than Home, I think this describes the rapper’s turmoil over the past year. The slowly building synth beat and steady drums, combined with Tablo’s emotional rapping, actually make At The Bottom the most animated track in Part 1. It’s oddly fitting, taken together with Tablo’s determined promises at the end: “Someday I’ll be your happiness // Someday I’ll become your best // Someday I’ll give you the world // If I can’t then I’ll change the world”. 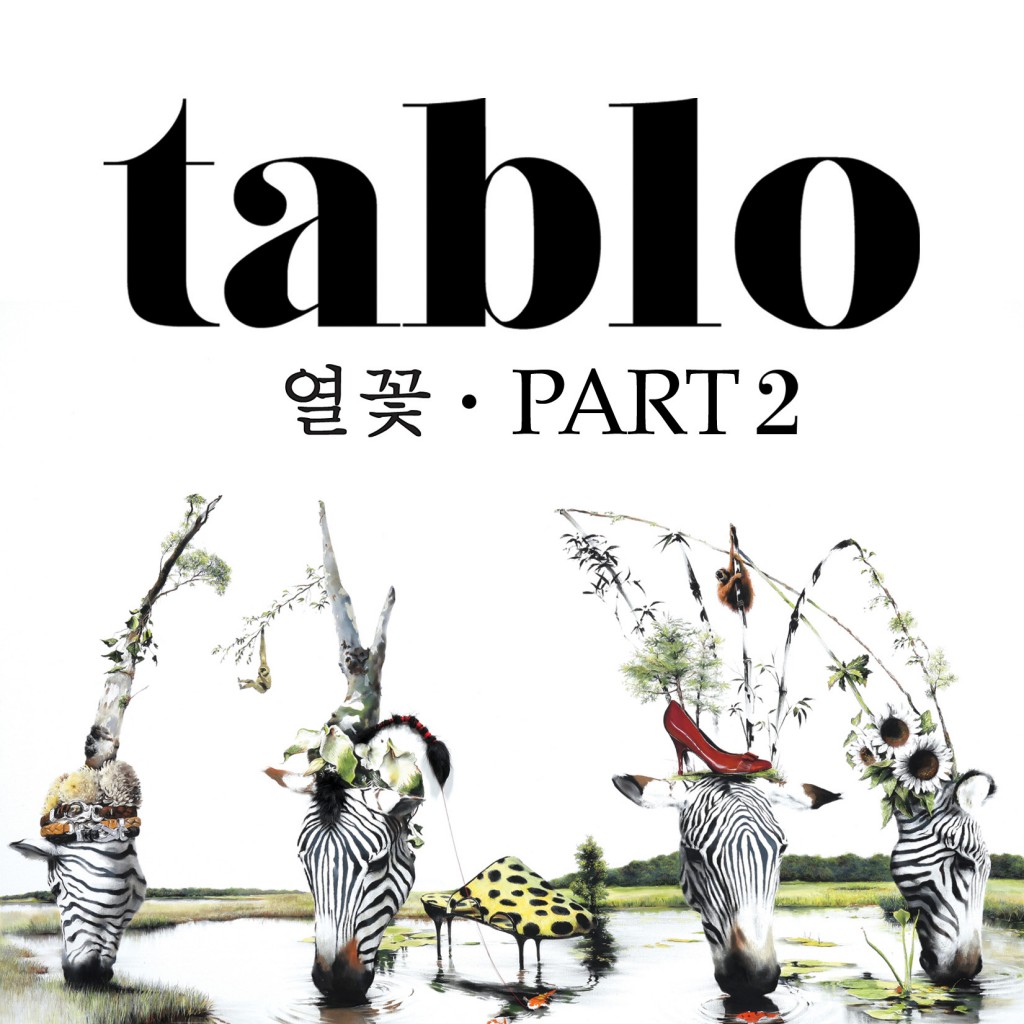 The injection of energy serves as a good lead-in into Part 2, which is generally more vivacious as it moves away from deep sentimentalism. We do see shades of ol’ Supreme T, albeit never more than a shade; for example, in Tomorrow, his old charismatic flow returns along with his rhythmic hook-writing. The track benefits from an unexpected synergy effect with the soulful performance of new labelmate Taeyang, becoming what is effectively the closest thing Fever’s End has to a traditional commercial single. If you’ve been listening to Epik High for a while, 출처 (Source) will be a real throwback to that group’s Remapping The Human Mind days: the gruff analog beat (it’s even scratched by DJ Tukutz) is vintage 2007 Epik High, featuring unsettling vocal and string samplings as well as a simple piano-and-drums beat that is a far cry from finesse. Tablo’s intricate rhyming and social criticism also hearken back – perhaps not quite as aggressive as in High Society (2004), but scathing nonetheless.

I feel that Fever’s End really has two ending tracks – one being a “proper” ending and the other being an unofficial outro. The former would be 고마운 숨 (Thankful Breath), which basically does a 180 on the entire rest of the album: it’s bright, its acoustic accompaniment lively, its lyrics brimming with hope and jubilation. Essentially, Thankful Breath is the healing process: Tablo details rekindled life and everyday joys, after his climb out of the depths of depression chronicled in Fever’s End. Alongside Bong Tae-gyu‘s (who knew he could sing that well, anyway?) delicate, uplifting chorus of “Could I stop hurting now? // Could I stop fearing? // Could I laugh, only as much as I’ve wept?”, Tablo’s own refrain rings clear: “I still have empty notebooks to fill // I still have hyungs and dongssaengs to take care of // I still have too many questions left to ask // There are answers I’ve yet to hear”.

Closing track 유통기한 (Expiration Date) is much more subdued, and works like you’d expect an outro to. In an album filled with profound moments and brooding melodies, this song manages to be the most thoughtful of them all. The clock-ticking effect and soothing melody helps the track establish a trance-like mood as Tablo again delves into his psyche and brings out his fear. It’s one as universal as anyone’s, and articulated ever so truthfully: “That I might become a book that no one reads // That I might become music that no one listens to // That I might be abandoned, like a movie in an empty theater // I am afraid”.

I’ll say it again: in terms of emotional impact and expression, Fever’s End blows Epik High albums away – and recall that those were some of Korean hiphop’s best albums. And this album isn’t a regression in terms of sound, either: you’ll hardly notice it at first, but the composition and arrangement (all by Tablo) are always appropriate and sophisticated. Tablo’s developed a sort of instinctive feel for mellow electropop and sentimental analog, and it bore fruit in Lovescream (2008) (including the hauntingly beautiful 1분 1초 (1 Minute, 1 Second)) and [e] (2009); the skill arguably bears even greater fruit in Fever’s End.

His impeccable taste for featured artists appears intact, as well: following Epik High tradition, the lead single features a delicate-voiced female vocalist (this time it’s Mad Soul Child‘s Jinsil, joining a long list that includes Mellow, Taru, Jisun, and Younha, among others), and I can’t think of a better choice than Lee Sora and Naul for their respective featured tracks. The only selection that sounds a little “off” is TBNY‘s Yankie being on Thankful Breath – he’s great, and just about as logical a choice for both musical and personal reasons, but the very premise of another rapper dropping a verse on that track is thematically disconcerting. But that’s all.

Seldom does an album come around that explores sadness and depression so thoroughly, let alone so creatively. Yes, creatively – for all its morbid paranoia and abject grief, Fever’s End is an ingeniously creative piece of work. Its source of inspiration being what it was, we may never see something like this again from Tablo, these lines and melodies forged in the darkest depths and recesses of the human mind; this proof of his struggle against a consuming fever, his journey to fever’s end and back. What a powerful testimony. What an exquisite album.

All lyrical translations were completed by the reviewer.
Photo credit: maniadb (part 2)