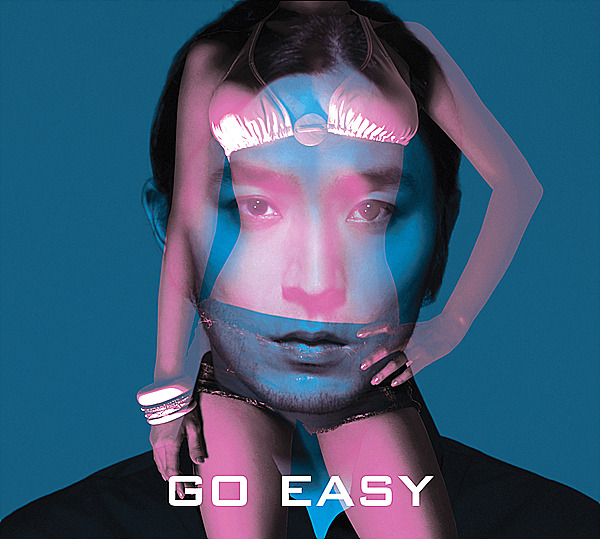 If you’re surprised by how well Verbal Jint‘s new album has been charting, you shouldn’t be. For 10 years since his debut, this immensely influential hiphop musician has been blurring the line between mainstream and underground. Part of VJ’s appeal has to do with his ability to excel on both ends of that spectrum: he’s still one of the most technically gifted lyricists in the country, with unparalleled delivery ability and beatmaking skills to boot, but at the same time, he can also compose top-notch mainstream-friendly melodies and write sentimental, down-to-earth lyrics.  That’s what allows him to make Go Easy, his fourth studio album in a decade, his mainstream-friendliest to date. The softer, melody-heavy, mellow counterpart to the forthcoming Go Hard, the focus and target demographic of this album has been explicitly hinted at for several months now – several of these songs have been pre-released as singles and EPs since 2010, including the rather obviously titled Go Easy 0.5. Much to the chagrin of some hardcore fans, but if you’re bummed at that, remember that this is supposed to be just a temporary detour for Verbal Jint.

Of course, it helps that this album is actually pretty good. VJ landed on a winning formula in Go Easy 0.5 – combine his natural lyricism with sugary melodies and a polished, if not groundbreaking, set of beats, and throw in some vocal performances while he’s at it. (You could say The Good Die Young had some of this too, especially in lead single Quiz Show, but we won’t go there.) No, you probably won’t win any cyphers this way, but as long as all of those components keep their quality up, you’re going to end up with at least a solid album. When one or more component is really good, the effect is synergic.

An example of such a superior song is opening track 원숭이띠 미혼남 (Single Man Of The Monkey)*. What an auspicious beginning we have: an energetic acoustic beat powers Verbal Jint’s soliloquy. The lyrics are entertaining as always: while obviously not as jaw-droppingly clever or technically intricate as anything from before, his verses still have that engaging touch. The diary-like look into VJ’s recent life, ranging from his busy schedule (in addition to making music, he also attends Hanyang Law School, after graduating from the prestigious Seoul National University) to dealing with prejudice towards rappers, and the dry hook (also sung by the rapper himself) make the track come alive. ZICO** (yes, from Block B) puts in a nice one, as well: he handles the second half of the track and holds his own with a quirky speedster performance. (His verses are actually technically flashier than VJ’s.)

The high expectations continue to be met going into 좋아보여 (You Look Good), the lead single. This one’s more clearly marketed towards the easy-listening demographic, and it’s as good as it gets on the polish. The staccato chord beat, reminiscent of Delly Boi‘s work on the track Promise Me from Go Easy 0.5 (more on that track later, by the way) except more melancholy, is the track’s identity. In addition to just flat-out sounding good, it sets up the song’s tone nicely – it’s about the split-second interaction and thoughts that go through one’s mind upon seeing an ex while stopped at a red light. Cliched theme? Sure. But You Look Good survives on appeal of its restricted, local construct – Verbal Jint succeeds in creating that musical equivalent of a still shot amidst action, always a great storytelling device. I’m actually a little disappointed in the lyrics, because I think they miss some huge opportunities; VJ doesn’t delve deeper into that split-second psyche, nor does he further explore that snapshot of the Gangnam Avenue stop light that he created. If he did just one of the two correctly, You Look Good could have been truly great. As it is, it’s a chic, polished track with some sharp flow and a mediocre chorus from Cho Hyu-il of The Black Skirts (Not his fault, really – the song doesn’t give him a chance.)

Another standout is 우아한 년 (Elegant Bitch) 2012. It’s a remix of the Go Easy 0.5 original performed with Sangchu, with a heavier emphasis on rapping and less on VJ’s vocals. Super rookie Okasian and now-JYP-affiliated San-E more than make up the difference; if anything, the 2012 edition is more explicit than the original, and could have really gone downhill if their performances had been subpar. Okasian’s verse is fairly pedestrian save for a couple nice rhymes and clever innuendo, but San is a showstopper here with characteristically personality-infused bars. Oh, and Verbal Jint sounds fine – he just takes a back seat in this track, along with the slick R&B instrumentation.

A number of other tracks follow the formula to predictable, if unspectacular, quality. A pair of pedestrian love songs in Want You Back, which has a pitch-adjusted chorus similar to that in 015B‘s How To Make Her Call (which Verbal Jint was featured in), and Luv Songz, which distinguishes itself by alluding to a number of other artists’ works, ranging from Wonder Girls to Vibe to Lee Hyori to Rain and more; a pair of quirky tracks inspired by Internet neologisms – by the way, it’s surprising that 기름 같은걸 끼얹나 (Do You Pour Something Like Oil), which was actually based on a meme, is not included in this album –  in 넌 네게 모욕감을 줬어 (You Insulted Me) and 깨알같아 (It’s Adorable); a pair of upbeat feel-good tracks in 긍정의 힘 (Power Of Positivity) and 우리 존재 화이팅 (Fighting, Our Existence).

Two tracks in particular show a previously unseen dimension to VJ’s musicianship. 약속해 약속해 (Promise Me) 2012, a remake of Go Easy 0.5‘s original, is an acoustic pop number – tell me you saw that one coming. VJ’s laid-back tone is complimented by the minimalist arrangement, which is unobtrusive and engaging at the same time; it’s probably one of the nicest sounding tracks in an album full of polished songs. I can’t say whether this one is actually better than the original, though – much of it is an issue with the featured vocalist. Cho Hyun-ah, the female lead of Urban Zakapa, is a terrific singer, and acoustic pop is what Urban Zakapa does best; however, her tone just isn’t a great fit for this kind of bubblegum-type fare. Comparisons of vocal prowess aside, I actually think G.Na‘s performance in the original made a much more natural song.

The other surprise track is 어베일러블 (Available). Yes, it’s true that this one’s been released before, so it’s not exactly the first time we’re hearing it. Still, it marked a new attempt for VJ when it first came out – ambient pop with zero rap verses. It works supremely well – VJ finds a groove in the distant-sounding, washed-out electronica and makes an appealing ballad out of it. Lady Jane, former Humming Urban Stereo vocalist better known as Simon Dominic‘s girlfriend these days, makes the concoction that much sweeter.

As far as crossover attempts go, Go Easy is sublime. Not that Verbal Jint had anything to prove, but the album does just that – give proof. It proves that VJ knows what he’s doing, even when it comes to pop. It proves that his verses stay sharp even when he’s focusing on vocals and slick beats. Most importantly, Go Easy proves that VJ is one of those rare rappers that can blatantly cater to the mainstream and still come up with superior quality. That’s a valuable talent in today’s hiphop scene, and one that will help Verbal Jint continue his reign for years to come. To top it off, he proves all this in an album not meant to be all that serious of an effort. The sky is the limit.

So can we get Go Hard already?

*It’s awkward to translate; the “monkey” refers to the Chinese Zodiac. Verbal Jint was born in 1980, which was a year of the monkey. So he’s single, and he’s a “monkey” (like how you’d say “I’m a Pisces.”, or whatever.)
**He was born in 1992, which also makes him “eligible” for the song as a monkey-year-born.