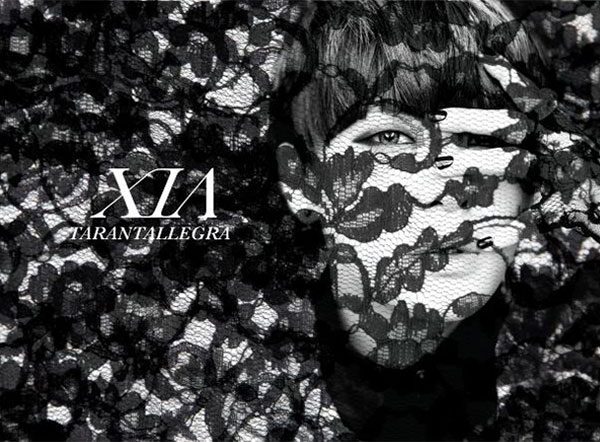 By Jung Bae | May 27, 2012
FacebookTwitter
SubscribeGoogleWhatsappPinterestDiggRedditStumbleuponVkWeiboPocketTumblrMailMeneameOdnoklassniki

One surefire barometer of an idol group’s career maturity is its members’ solo activities. Over time, a majority of the most successful idol groups will tend to split into solo ventures; it’s a natural process, and one that has tended to provide listeners with a dependable influx of experienced, proven solo artists. For the proto-idol and first-generation idol groups of the late 1990s and before, this process is all but complete, as most that have not retired have transitioned into some sort of solo career.

Nowadays, the focus is on the so-called “second generation idols.” A number of teams in this classification, ranging from older ones like Jewelry to younger ones such as SS501 and Big Bang, have dabbled with this whole solo thing already. However, one omission has been conspicuous for a few years now: none of the original TVXQ members, who may well be the most qualified idol artists to go solo, had actually done so. (Not fully, at least.) My sense is that the members had planned to do it at some point, but TVXQ’s split pushed those plans into “overdue” territory. But at long last, nine years after debut and two years after his Japanese solo single, Kim Junsu (Xia in this album) gets the ball rolling in Korea with Tarantallegra.

Encouragingly, Tarantallegra follows the recent JYJ penchant for self-production. Xia composed, or co-composed, eight of the album’s twelve tracks, and additionally penned the lyrics to six. Most impressively, he even arranged three tracks, showing a degree of familiarity with a fairly wide spectrum within the pop genre. So in terms of creative participation, Xia’s done more than could be said for many established solo artists.

Still, what ultimately matters is the end product. Last year’s In Heaven was a good-but-not-great album that testified that JYJ members were still in the learning process. The problem was especially severe on uptempo tracks; not a single dance song in In Heaven, including Xia-composed Mission, was particularly memorable, or even engaging. As it turns out, Tarantallegra‘s titular lead single is another dance track composed by Xia.

From the outset, this much is clear – Tarantallegra is an improvement over In Heaven‘s uptempos. Ominous timpani and strings, splitting synths, and Flowsik‘s intro immediately set a ritualistic atmosphere. As the song progresses, other devices start to appear: monotone droning, booming brass, and of course, the incessant “tarantallegra” hook. By this point, Tarantallegra is heading towards the occult (in a strictly musical sense – don’t get any ideas). It banks on the same kind of fixative, almost obsessive sensuality, which Mirotic (2008) pioneered amongst idol groups, and which Yoo Young-jin honed to perfection in SHINee‘s Ring Ding Dong (2010). No, it’s not done nearly as well, but there is an undeniable degree of addictiveness in this song’s chorus and melody; the same principle is at work in Flowsik’s repetitions of “What music will you listen to?”

That said, the song does betray a series of flaws. Xia performs well in the role that he’s given himself, but I get the feeling that he stifled his own voice too much while writing the track. You can have all the atmosphere in the world, but there’s still a fine line between “absorbing” and “boring” in this genre; given the limited performance, uninspired lyrics, and some structural issues (unnecessary repetition and an overlong outro, among others), this track falls towards the monotonous end. Still, remember that Mission tried to do a similar thing with its chorus; as an iterative effort by Xia, Tarantallegra is a big step in the right direction.

The rest of the album is broadly divided into three categories – other dance tracks, traditional ballads, and a sprinkling of R&B pop. There’s not much to look at in those dance songs; Set Me Free and Fever are merely decent club tunes, while bewilderingly scattered Breath is a forgettable effort that even Double K‘s welcome appearance is unable to salvage. Among the ballads, 돌고 돌아도 (Around And Around) makes an impression with a smooth melody and soothing performance (it’s another Xia composition, by the way), but the others come across as fairly unremarkable.

That’s a rather large proportion of the album being mediocre. Fortunately, the last category doesn’t disappoint; all three of these R&B pop numbers are superb, and constitute Tarantallegra‘s top three tracks. I can hear a little bit of In Heaven (the song) in No Gain – Kim Jaejoong composed both tracks, and in the latter he returns the former’s sensual piano accompaniment, stuttered synthesizer, and attractive chorus. Intoxication, already familiar to fans as the lead single of Xia’s Japanese single, gets a slight facelift in the form of Hong Jun-ho‘s acoustic work, but retains the original’s sly seductiveness and smooth groove. Lastly, Lullaby returns to more traditional R&B roots, characterized by a sophisticated slow-jam beat, tender lyrics whispered in falsetto, and a fantastic 8-bar courtesy of Gaeko. It’s notable that Xia’s performances in these three tracks are also the best in this album; he’s as versatile as they come, but the slow, ponderous environs give him the best place to do his work in.

That makes me wonder if Xia will decide to invest more heavily in that R&B style in the future. He can compose them well and sing them well, so I certainly wouldn’t mind hearing more. On the other hand, what I had expected to be his meat-and-potatoes, the dance songs and traditional ballads, are works-in-progress to a more significant degree. Still, judging by the progress apparent in Tarantallegra, it’s reasonable to expect things will only get better. Xia is still at the forefront of a promising new trend – idol artists taking fuller charge of their work.