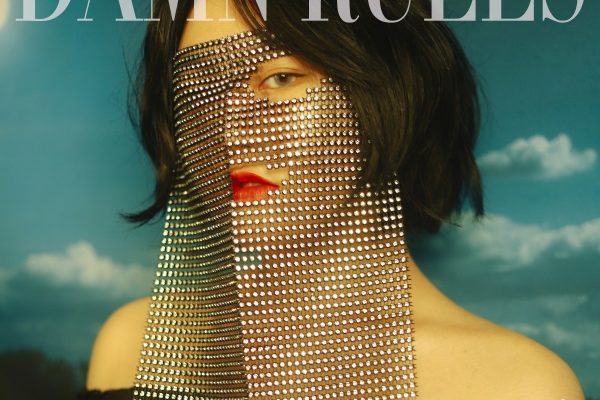 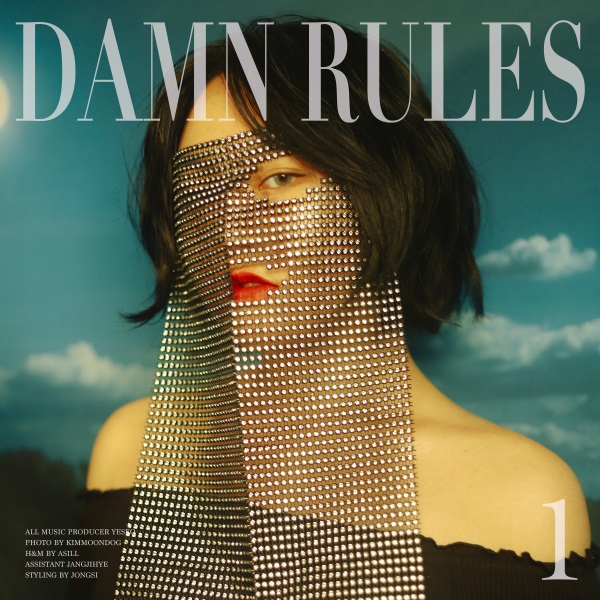 Yeseo’s back with a vengeance. Not that she’s been gone long: after a 2017 campaign that culminated in her debut EP (and our favorite electronic album of the year) being nominated for the Korean Music Awards, she’s kept up a steady stream of single cuts including an SM Station collaboration. Despite having been so musically communicative, Yeseo still manages to surprise in Damn Rules, her first full-length release that’s unabashedly aggressive in both sound and direction.

Damn Rules is a collection of Yeseo’s speediest, moodiest, and most nebulous tracks yet. It eschews the crisp, popping piano and synths of Million Things for hazy pads and thundering house bass; songs are awash in instruments that blend into each other, and packed to the brim unlike the wide-open soundscapes of Unkind. And while Yeseo has flashed a penchant for writing uniquely satisfying melodies, rhythm takes precedence over all in this album: here is a pulsating mass of sound in nonstop cadence. Even from someone whose music has already worn some measure of mystery and melancholia, it’s a bold shift.

And when this works, it’s mesmerizing. Take pre-release single “Bitches Rule”, which builds to an addictive, ritualistic chorus of chants set in front of a wall of cascading thick-textured synths. The refrain is spoken without melody, and Yeseo’s wiry and slightly sneering delivery brings its confidence to life: “Bitches know how to do it, and I know how to play // The game, it’s all mine, you’re all mine // Exactly what I have always got”. There’s also “Honey, Don’t Kill My Vibe”, a clinically cold and bass-dominated track that starts with significantly less vibe than Kendrick Lamar but later opens up to a surprising groove with a layer of guitar.

While these songs are not necessarily layered with dozens of instruments – the fullness of sound comes from volume and timbre, not quantity of tracks – what’s there is tastefully managed. I especially like the attention to little things in the transitions. When “Bitches Rule” enters the bridge, Yeseo’s chanting continues but goes through a distortion filter; to match that, the keyboard notes that come in also get a synthpop-like pitch bend. “Brain Sex” has rapid volume changes in and out of each prechorus, but even whisper-quiet vocals are emphasized thanks to the heroic arrangement job (and mixing).

The rhythmic-moody-house mix does take some sacrifices, most notably in the melody and lyric departments. These compositions opt for simple and repeated melodies without a lot of action in terms of pitch, as this genre oft does; some tracks are fine because the mood and arrangement are strong enough to generate their own flavor, but I think “Do It Like Me” and “Get A Little Bored” don’t quite have the groove to overcome the blandness. And while lyrics arguably aren’t the main draw to Yeseo’s music, the fact that these tracks are essentially very limited vignettes and snapshots – or in some cases, really just one thought expressed in a few rotating sentences – rather than narratives began to wear on me after a while. (As usual, Damn Rules is predominantly written in English. It’s fine, but a bit of a disappointment given that Yeseo has done some of her best writing in Korean – see last year’s “Rude”.)

A perhaps less noticeable consequence of pursuing this style is that Yeseo doesn’t actually sing a whole lot in the album. This is not unilaterally a bad thing – she’s choosing to let her production take center stage. But like the English lyrics thing, it’s more of an unfulfilled wishlist item because she’s an effective vocalist, particularly in ethereal, atmospheric settings. (Her featured appearances that I’ve come across in the last year or so – with Imlay, Martin Smith, Justhis & Paloalto, and Sleeq – have each been revelations.)

All this is why I think Damn Rules really benefits from a couple songs in its second chunk, following the instrumental interlude in “Mess”. There’s a killer track in “Cigarette Light”, which almost seems to hearken back to “Deeper Than Love” as it takes a tender atmosphere and rousing string line into a sumptuous drop. Yeseo’s singing is also at her airy best here. Meanwhile, “I Don’t Give A” provides a little twist, as a sentimental verse is followed by pure rhythmic dexterity in a future-bass chorus. (The vocalizations remind me a little of Taemin’s “Stone Heart”.) These tracks open the album sonically and emotionally, and adds welcome richness to its spice.

This is an excellent piece, where the risks taken pay off handsomely. I think it goes further to establish the artist’s style than another Million Things would have, even though I don’t think it’s as good an album as that. It seems like Yeseo’s not about a particular brand of electronic (or limited to electronic at all – recall her early stuff is more R&B), but what sets her apart is a certain set of qualifiers: genre-bending talent, fearless ambition, attention to detail, and an emotional space that’s a little melancholy, a little wistful, but always attitudinal. The cover of Damn Rules reminded me of Dirty Computer, and despite the gap between them, I somehow see a little Janelle Monáe in Yeseo too.

(All tracks written/composed/arranged by Yeseo, so individual track credits are omitted.)