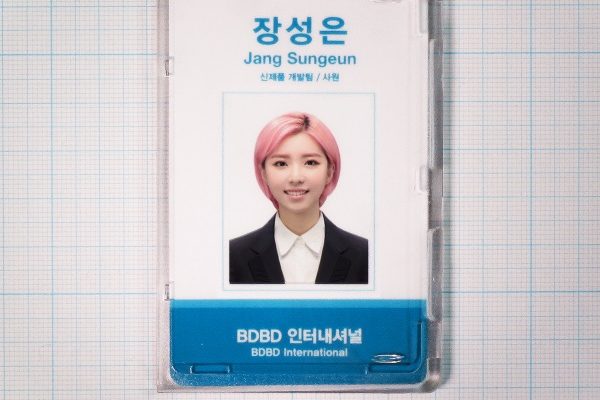 By Jung Bae | May 16, 2017
FacebookTwitter
SubscribeGoogleWhatsappPinterestDiggRedditStumbleuponVkWeiboPocketTumblrMailMeneameOdnoklassniki 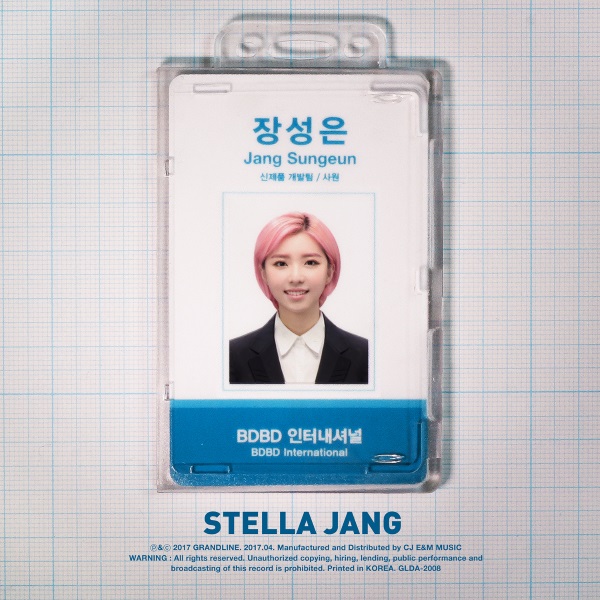 Is there a pastime of our age more universal than venting about work and stress? At the least, it’s on the same tier as sports, politics, and 1990s Star Wars paperbacks (okay, one of those is wishful thinking). Our music, of course, reflects this: songs that try to sympathize with, soothe, and revitalize the exhausted modern adult in a barren work world, either directly or indirectly, are a dime a dozen. So if 월급은 통장을 스칠 뿐 (Vanishing Paycheck) was just another attempt to do that, it’d have a real uphill climb to give us something that hasn’t been done much better before.

The good news is that it’s much more than that. Stella Jang‘s sophomore is indeed a thematically focused album, with each of its four tracks taking up a work-related topic with negative connotations – low pay, ennui, longing for holidays. It’s not overly interested in sending a message: it’s a creative delight and enjoyable composition first. Still, at times, these stories inspired by personal experience become an ode of sorts for that everyday worker; the album gains a power of empathy. Jang makes this happen naturally, and such seeming effortlessness in both sound and theme is the defining quality of Vanishing Paycheck.

Opener “A Case of the Mondays” is the central track here. There is so much going on here that it’s a little hard to keep track of. We start with a half-sung and half-rapped set of verses atop a bubbly acoustic rhythm, as the voice-shifting Jang frets about Monday coming around. A slower, harmonic transition leads into a memorable chorus that confesses to the titular Monday blues and playfully laments how incurable and ubiquitous it is. The off-beat finish in each repetition of the chorus adds style. Eventually, the guitars charge up for an energetic outro, with Jang flashing attitude and sweetness alike in a couple of flustered lines: “The next holiday is so far away // If I quit here, not like I have anywhere else to go // Aigo, hello manager // I’ll work very hard!”.

In many ways, “A Case of the Mondays” resembles “환승입니다” (“Transfer”), from Jang’s debut album Colors (and one of our picks for the best pop songs of 2016). The breathy and layered vocal backing, the eclectic mashup of styles, the vibrant and pace-changing arrangements. Both are built with careful attention to detail. While “Mondays” doesn’t have the same clever narrative device and interpretation-inviting nature of “Transfer”, it retains the sharp wit and warm heart.

The heart carries over to the other bookend track “Departure”, but almost nothing else is similar. This one is a jazzy anthem, calling on the immobile listener to muster up courage, pack our bags, and take that trip we’ve always wanted. Grooving alongside the strobing keyboard and brass is a vocal performance from Jang – that’s unlike anything else we’ve heard from her. She puts on more heft and volume and really swings with the beat, even breaking out into light scats at the end.

What’s most meaningful is that this doesn’t seem like the typical variety-for-the-sake-of-variety. The common complaint for multi-tooled rookie artists goes something like this: they’re trying to do too much. They’re showing off that they can do A and B and C, and impress people with their versatility, but they don’t do any one thing well enough. But in Colors and now in Vanishing Paycheck, Stella Jang is comfortably at home in everything she shows us. Her arrangements (both “Mondays” and “Departure” are her handiwork) relay intimate understanding of what makes the various genres work, and are chock-full of interesting touches. The vocal work adapts and even surprises. The lyrics are consistently popping with distinctive phrasing and clarity. In short, the songs sound like she is in control.

The other two songs are less impressive; lead single “Vanishing Paycheck”‘s minor chords and kitsch hook (courtesy of Nahzam Sue, a little unexpectedly) are interesting, but it’s not as attractive a composition as the other tracks here. “Day Off” is a lithe ballad that maybe sags a bit loose. The EP also leaves a few questions. For one, it’s not clear that the rapping (as smoothly done as it is) always serve a narrative or sonic purpose; in my mind the rap part actually hurts the flow of “Departure”. (Compare to “Dumped Yesterday” (2014), where Jang refrains from emoting throughout but saves a little viciousness for the bars, to great effect.) For another, while she has clear strengths in these lushly orchestrated and eclectic pieces, it remains to be seen whether her played-straight tracks like “Day Off” can be as consistent.

But really – ticky-tack calls here, no? That’s how polished Stella Jang’s work is, even at this early stage of the artist’s career. Vanishing Paycheck is another good impression on a young discography, a confident statement by the versatile musician. I sense that she’s just getting started, brimming with stories to tell.

Hellokpop, as an independent Korean entertainment news website (without influence from any agency or corporation), we need your support! If you have enjoyed our work, consider to support us with a one-time or recurring donation from as low as US$5 to keep our site going! Donate securely below via Stripe, Paypal, Apple Pay or Google Wallet.
FacebookTwitter
SubscribeGoogleWhatsappPinterestDiggRedditStumbleuponVkWeiboPocketTumblrMailMeneameOdnoklassniki
Related ItemsReviewStella JangVanishing Paycheck스텔라장월급은 통장을 스칠 뿐
← Previous Story K-Drama Review: “The Liar And His Lover” Strums A Beautiful Melody Of Chasing Dreams And Young Love
Next Story → Tracing Pages Of Korean History Through The Best Korean Historical Dramas