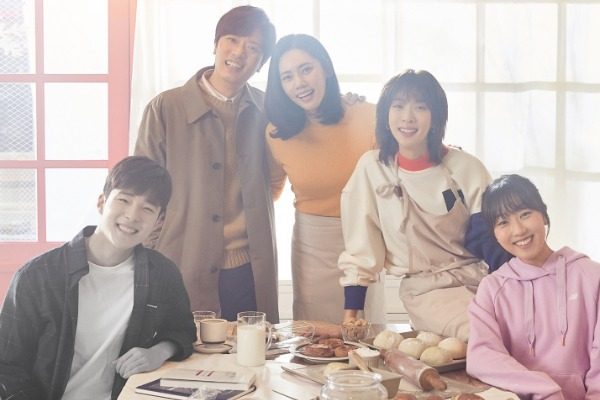 A tragedy rocks a ninth grader’s quiet and happy family which makes his parents question how well they know their son.

While Sun Ho’s family try to figure out the reason behind his “accident”, others are scrambling to either hide or contemplate in revealing some information about it. 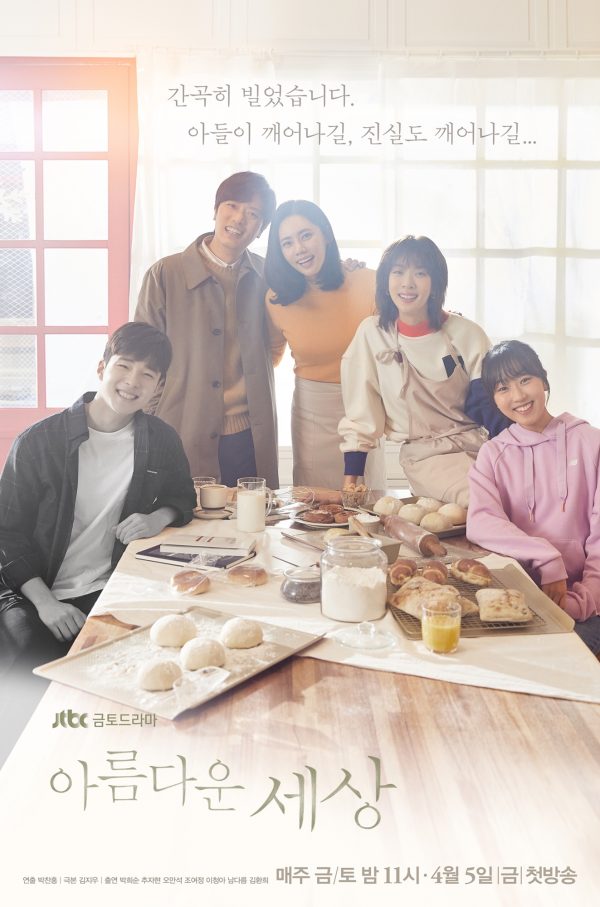 Park Sun Ho grew up in a loving home with a bakeshop owner mom and a teacher dad. His younger sister looks up to him and they have an adoring relationship. However, a tragedy happens when he fell from the school’s rooftop leaving him in a coma.

As his parents try to prove he would not resort to kill himself, people around them gossip and rumors start to spread. It is a battle that is going to be tough and hard for the family as they face opposition from all fronts. Moreover, people they know are also keeping secrets that are pertinent to the situation. However, they are determined to find out the truth and exact justice to what happened to their son.

A teenager falls from the rooftop of a school building during a blood moon (lunar eclipse). Someone who witnessed the fall unties the boy’s shoes and places it on the ledge to make it appear he jumped on his own volition. Meanwhile, his parents are frantic and worried because he never comes home late. The mother tries calling his cellphone but there is no answer. A call from an unknown number comes through and they are informed about their son’s situation. 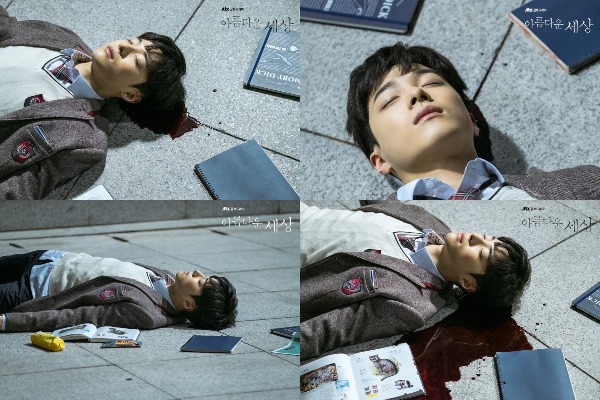 In the hospital, Sun Ho’s parents can’t believe their son is lying on a stretcher, fighting for his life. While inside the operating room, a detective speaks with them asking questions and giving them all possible motives. They are flabbergasted and refused to acknowledge Sun Ho (Nam Da Reum) would take his own life. The detective advises them that the possibility is not remote.

Sun Ho’s homeroom teacher receives a scolding from the school official and requests to contain the rumors spreading among students. News about Sun Ho travels fast and parents of the other students are calling the school expressing worry about the situation distracting their children from studying. The teachers assure them that the school is operating as normal. 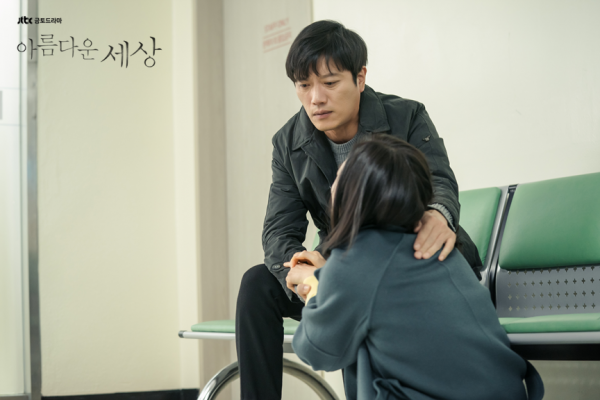 Meanwhile, Kang In Ha (Choo Ja Hyun) and Park Moo Jin (Park Hee Soon), Sun Ho’s parents are doing everything they can to uncover the truth and the events that led to their son’s accident. Sun Ho’s friends, Oh Joon Seok, Jo Young Chul, Lee Ki Chan and Na Sung Jae gather to discuss Sun Ho and a certain video. Joon Seok, warns the others to delete the video on their cellphones and if they decide to talk he will release his own copy and blame it on them. Lee Ki Chan is mad when Jo Young Chul reveals that his mother has already seen the video. 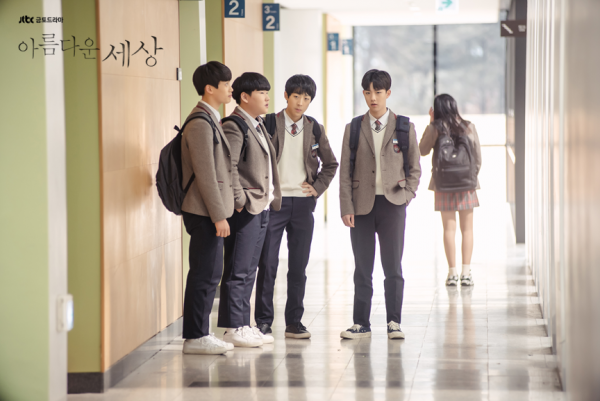 Joon Seok’s father Oh Jin Pyo is the school’s director and wants immediate resolution. He instructs the school officials to wrap things up and make sure that it will not drag the school down. The detective interviews Sun Ho’s friends and according to them he has no enemies, although he and Joon Seok had a falling out. They also said that he is probably stressed out because of his grades. The authorities conclude that Sun Ho did try to commit suicide.

In Ha recalls all the things Sun Ho did prior to the incident and she remembers him picking up a notebook and she thinks it is his diary. She goes to the school to see if Sun Ho left it inside his locker while her husband checks out their son’s phone records. She is able to talk to Sun Ho’s friends and learns that her son and Joon Seok are not on speaking terms. The boy cries while apologizing, much to his friends’ bewilderment. 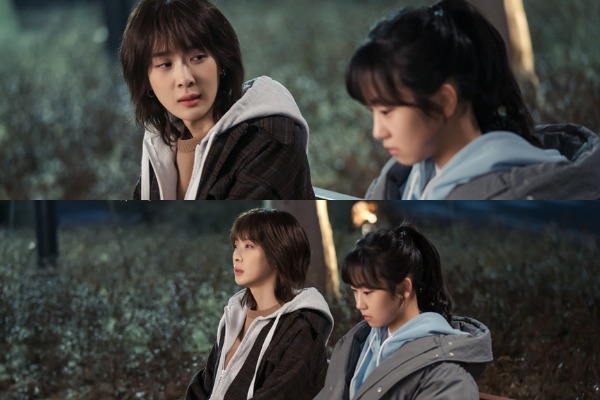 Her husband finds out that Sun Ho calls the same number several times that fateful day and his cellphone’s last known signal is within the school’s vicinity. He brings this information to the detective, but he refuses to budge, saying that the investigation is already complete and the information he has are all circumstantial.

Soo Ho gets in a physical altercation with one of her classmates after hearing bad things said about their family. She investigates on her own and discovers that Sun Ho bought flowers for a friend that day. But according to the flower shop attendant, he saw his brother a few hours later looking heartbroken, still holding on to the flowers.

They find out that the bouquet is for a classmate who took a leave of absence from school due to panic attacks. Sun Ho’s homeroom teacher spoke with the girl’s parents. They don’t like their daughter to know about what happened to Sun Ho. In Ha begs the teacher to give her the mother’s number so she could talk to her directly, but Lee Jin Woo advises her he will talk to the mother again. 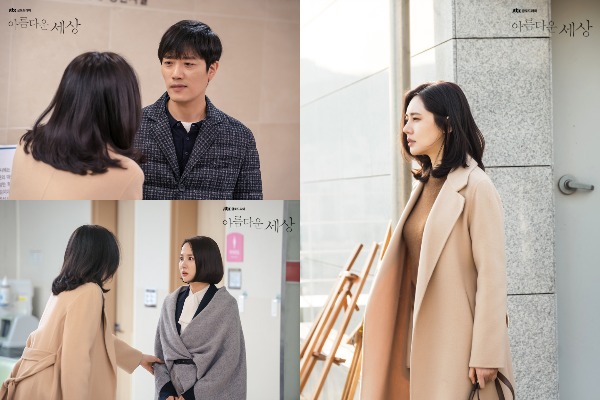 Seo Eun Joo, Joon Seok’s mother is clearly nervous about Sun Ho’s condition and her husband seems to notice. He catches her in the bathroom washing her hands frantically and startles when he calls her out. Oh Jin Pyo sees a school uniform button inside the toilet bowl that she tries to flush but was unsuccessful. He warns her to stay away for a while from Sun Ho’s family especially In Ha.

She visits Sun Ho in the hospital where she comes face to face with his entire family. Eun Joo asks for an update. When she sees him on his hospital bed, she attempts to pull out his respirator but changes her mind at the last minute. In Ha pleads with her to talk to her husband to ask for the school’s help in reopening the investigation. She promises to speak with her husband but cannot guarantee anything.

On their way home from the hospital, In Ha sees the mothers of her son’s friends coming out of a café. That night she looks at Sun Ho’s pictures and an unknown number sends her a file. She gets curious and plays the video only to see his friends beat up her son.

Beautiful World opens up with a tragic incident and emotions run high from the start. The drama gave viewers a lot of tear-jerking scenes and I have to admit I cried along with the characters.

Park Sun Ho’s home life seems ideal. There are no pressure coming from his parents with regard to his grades. He also has a great relationship with his sibling. He has a sweet personality and a well-mannered teen. Sun Ho is a nice kid, but sometimes being nice does not guarantee protection from some harsh realities in life. At school he was living a different life. Although the drama has yet to fully reveal what was on the video, viewers were given a hint on the severity of the so-called “prank”.

It was easy to understand why Sun Ho’s parents refuse to believe the idea that their son would commit suicide. There really was no reason to, based on how his parents perceived him. However, they found out the hard way that he is going through something. 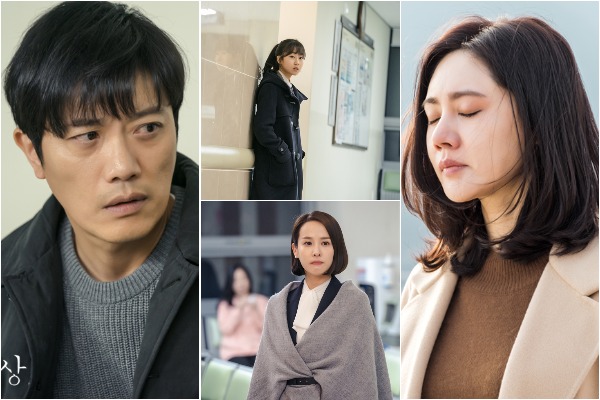 One of the things I like about this drama, is the presentation of the scenes. The shots are made to look as if someone is watching and being privy to all the happenings. It made the situation real, as if the viewers are right there witnessing the events unfold. Perhaps I am reaching, but maybe it is Sun Ho having an out-of-body experience. Maybe he is watching how the people close to him deal with his situation and the aftermath.

I also love how the pilot week of Beautiful World got right to the conflict. Sun Ho’s tragedy is just scratching the surface. The underlying problems such as bullying and school violence are slowly being uncovered. A lot of players that have a hand in the situation are keeping things secret. In Ha’s friends know something  about the events that led to the tragedy. 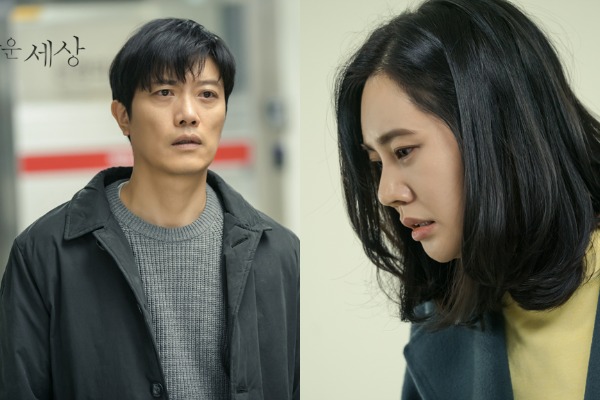 Joon Seok’s mother knows about it and perhaps his dad too. It is clear they are trying to sweep the situation under the rug. What I am most curious about is the reason. I want to know, apart from protecting their son, why they have to cover things up. I also would like to know who sent the video. And who is that person Seo Eun Joo spoke with over the phone?

I want to know the ramifications for the other mothers. They knew about the video but decided not to tell In Ha about it. There are a lot of mysteries surrounding Sun Ho’s accident and I am very much eager to uncover it all.

Watch Beautiful World as it airs on jTBC every Friday and Saturday at 11PM.