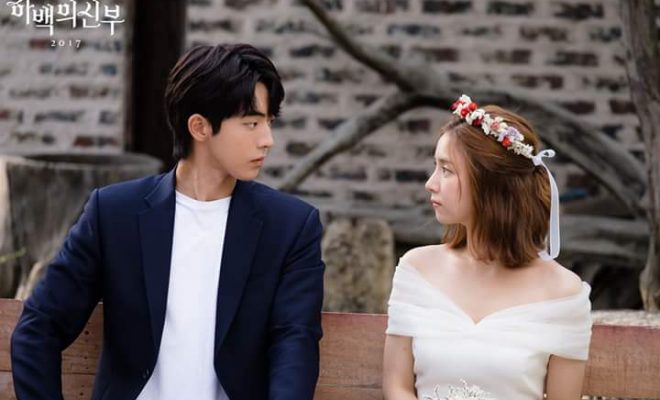 K-Drama Review: “Bride Of The Water God” Runs An Idyllic Romance Yet Stumbles On A Confused Fantasy Plot

“Bride of the Water God” paints an attractive portrait intending to combine mythology and romance, but it falls short in synchronizing the fabricated elements and the lead characters’ love line.

Bride of the Water God is my k-dramaland heartache for 2017 since I am rooting for its artistic promise – only to be disappointed for failing to achieve it. There are a few addictive runs, but the cliff-hangers and direction of the supernatural plot kills the budding love, just when you think it is finally settling to a decent narration. 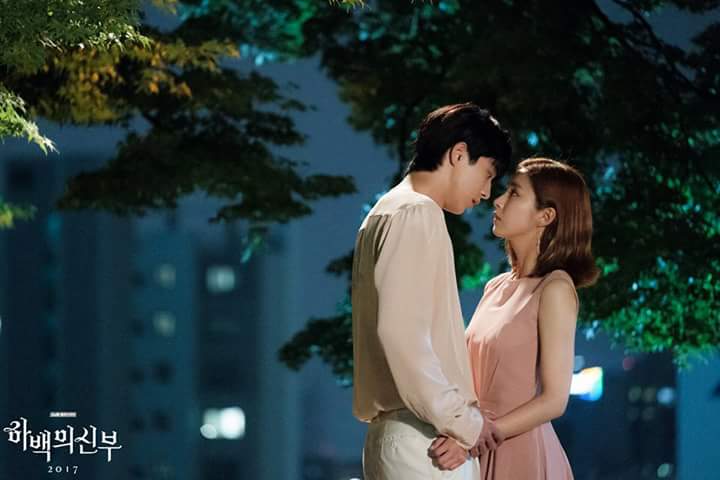 I keep hoping for a miraculous spurt, but the writing remains unaware of its sporadic trajectory. Savor the sweet moments and sigh on the nonsense events. Bride of the Water God gives you sufficient reasons to enjoy the love affair, yet the picture as a whole leaves you bereft of emotions. 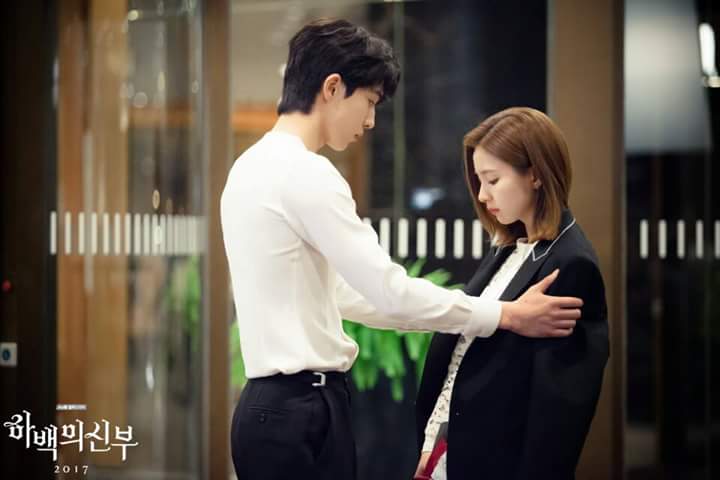 The romance between Habaek and So Ah establishes an understanding that it is not bound to happen because of the different worlds they live in. But they reach to a point to be with each other while they can. The love story is the sole reason why I patiently endure this drama. The transition from amusing bickering to a picturesque relationship is what made the story bearable amidst the scattered stride of the characters along with awkward chronicle twist.

If Nam Joo Hyuk makes you swoon, then prepare to drool on the intense and lingering lip lock frames.  The romantic scenes are supported by affectionate lines that are perfect for those defining love moments. On that note, I am baffled how the lyrical writing is seamlessly functioning on the important love confrontation scenes, yet when the poignant scenes subside, the screenplay reverts to boring conversations that do not link to the story at all.

I remained steadfast until the closing week, hoping for a glimmer of light that would calm my downcast soul. Habaek appeased my heart by showing a synergy of the romance and fantasy which finally showed up in the dying minutes of the story, when I was just wanting a fan service and apology to forget everything that have happened. Nevertheless, viewers received a happy ending treat after all those dissatisfying phases. 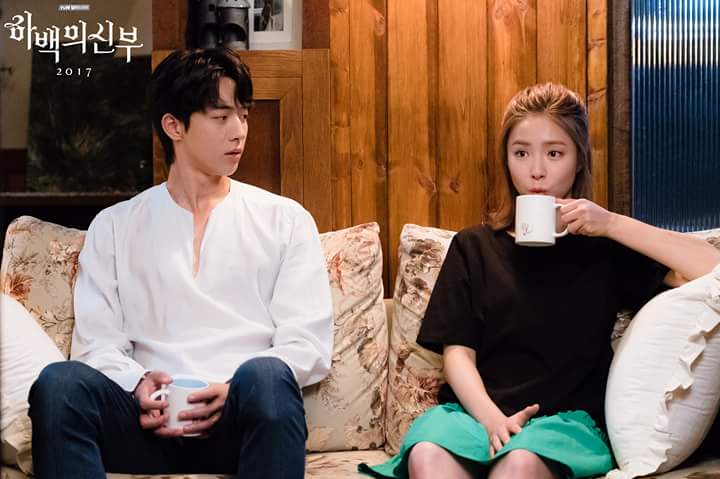 Back stories are meant to support the narrative but the placement is important. You can chip in a little every now and then. But if you put it when there’s like 45 minutes left, even fan service moments won’t salvage the story anymore. I couldn’t seem to go as high as I could to the romance ride, because it kept inserting the fantasy premise, which consistently failed to provide matching backstories to the love story conflict.  The secondary characters playing deity roles were weakly sketched that you could lift them out of the story, and it would still be a working narrative.

To think the storyline has one evident problem, the writing can’t seem to grasp the perfect hinge to cure the imbalance of the love tale. I mentioned how the sweet lines are stunning on the heart-fluttering frames, but then it fails to salvage the prevailing problems of the story. I picture a god-mortal romance to be romanticized. But the hero, branded to be an exceptional deity, is stripped of his powers so that so he can’t even dote on the prototype heroine saddled with financial problems.

Chapters in Bride of the Water God usually ended without any exclamation mark. It just fades to oblivion without adding plot thickening elements. I even suspected that the writer was doing house chores while scribbling it so he kept setting it aside, leaving the viewers wondering if the episode was really done or not. Fusing in the irrational issues of the supporting leads that are totally unrelated to the resolution track is another culprit for the poor chapter showing. It is easy to hate and forget the villains on this drama because the attempts to understand the impetus toward their actions are pointless.

Ruse, bends and curves pile up like there is no tomorrow as the story unfolds. A few questions raised and situations presented are left unexplained. I could go on with all the bullet points that were missed in the story. But since I want to move on as fast as I can from this drama, just prepare yourself for a battlefield of unfinished business in the world of Habaek and So Ah. 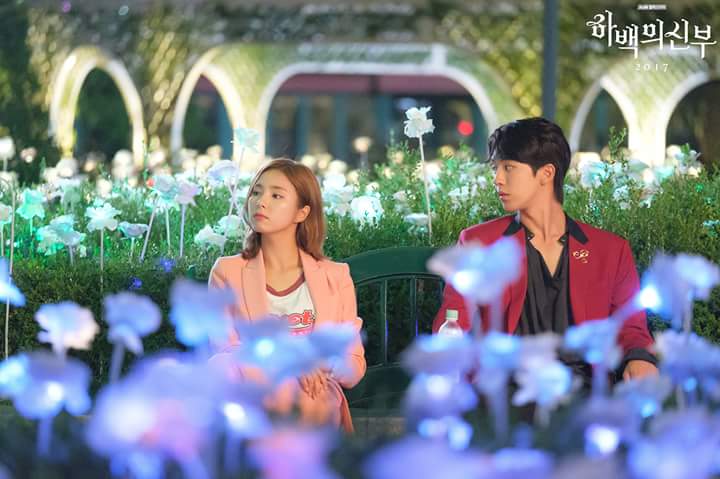 In preparation for his crowning as the King of Realms of God, Habaek (Nam Joo Hyuk), a water god crosses the world of humans to find three heavenly stones kept by deities living in the mortal world.

Unfortunately, he loses his powers when he lands on earth with his attendant, so they leave with no choice but to seek the descendant from a family, who vowed to serve the lineage of gods. The supposed human servant turns out to be a psychiatrist, Yoon So Ah (Shin Se Kyung), who is currently burdened with money constraints.

As Habaek is used to having the world under his feet, he struggles on a new sphere that does not revolve around him. But his innate godly qualities are quick to adapt to human activities even when he only sees it done for the first time. He successfully tracks down water goddess Moo Ra (Krystal), who has been obsessed with him, and sky god Bi Ryum (Gong Myung), whose object of affection is Moo Ra.

Habaek deduces how his servant has the ability to summon his powers due to incidents that involve saving her from near death experiences. She eventually gives in to the crazy idea of her connection to a supposed supernatural being, and lets them live in her house. 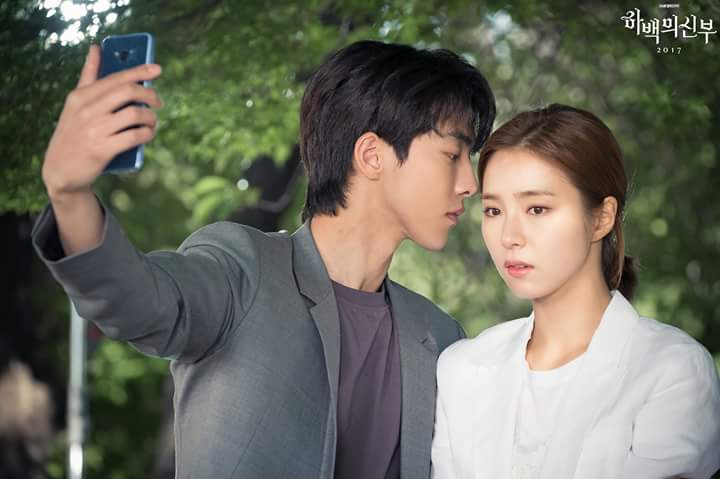 While adjusting to her new world of deities, her new chaebol friend Shin Hu Ye joins the godly party as a half-human-half-deity, who later harbors affection towards her.

Little by little, Habaek and So Ah fall on a romantic yet bittersweet connection. But knowing the exceptional situation, they try to restrict their feelings. But as love flows freely, they confront their fears and agree to make the most of the time when they can be together.

Habaek finally traces the missing earth god whom he needs for the remaining stone. He sadly prepares for his return to the gods’ kingdom. He inevitably reports back on the completion of his mission but misses the woman he loves. He asks for a quick leave before the coronation to visit So Ah, who is trying hard to live the days without him – with all her might. Her strong front dissolves as soon as she sees Habaek at his usual waiting spot outside her house.

They agree to achieve a proper closure for their feelings toward each other. Just when time is waning fast for the lovers, the deities uncover the unfortunate fate of So Ah’s father, whom she has hated for the most of her life, as she assumed that he abandoned the family.

It turns out that on the night when So Ah attempted to kill herself, his father as a god’s servant was granted by a wish, leading him to witness his daughter’s suicide attempt. He jumped into the water to save her but lost his life in the process. The deities convene to convince Habaek not to proceed with his plan to use his borrowed earthly power as he needs it to return to the realm of the gods.

But the love for his cherished woman wins, and he forcedly kisses her to give his grace. They bury her father properly as So Ah is given a chance to make one wish as a servant. The High Priest unexpectedly gate-crash their gathering, hinting how the future water god is able to solve the riddle handed down to him, of how hard it is to save one mortal much more than the whole world.

So Ah utters her final wish to have Habaek by her side until the remaining days of her life. 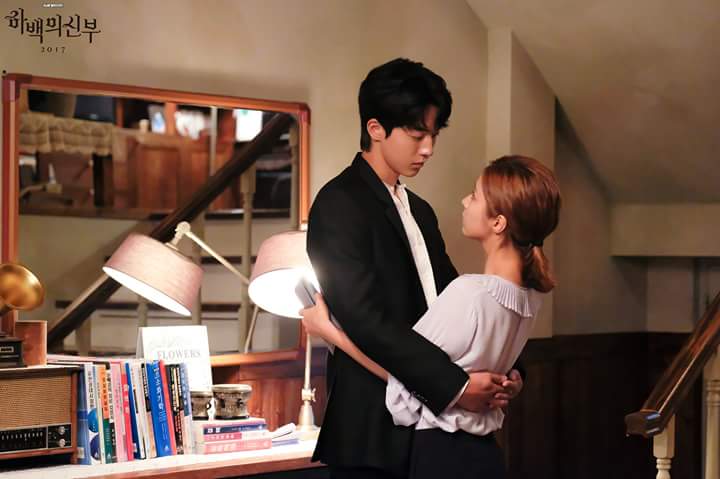 There are a lot of poignant events in Bride of the Water God which are overshadowed by the lapses on the story framework. The central problem of the romance impossibility between a human and an immortal is unreasonably amplified by throwing in fragments of character driven conflicts that do not involve the love couple. If truth to be told, those side stories and unnecessary supporting characters turn the plot messier.

It is not visually unpleasant, to be honest. However, the narrative requires the viewers to be understanding of the plethoric ideas which happen recklessly in the story. That has been my big complaint for the series. But then again, I applaud how they settle on a romantic fix that works well, with how they lean firmly on the pragmatic belief of the drama.

I question why they pace back and forth when they can crown Habaek as a King. Then since he is infamously powerful, he can visit So ah at his will. But when the resolution is revealed, the disarming of Habaek’s supernatural abilities finally makes sense to me.

Bride of the Water God is hard to deconstruct as a viewer. It does have good and bad points, so you have to rely on your patience to finish it.  If Nam Joo Hyuk is your cup of tea, it is still a tolerable watch. 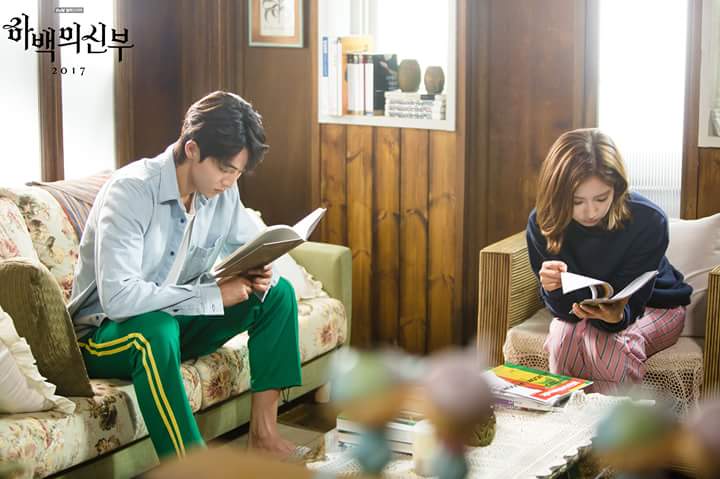 “You have to love enough so you can let go of the person.”

“A part of your heart stays intact, even if it breaks apart.” 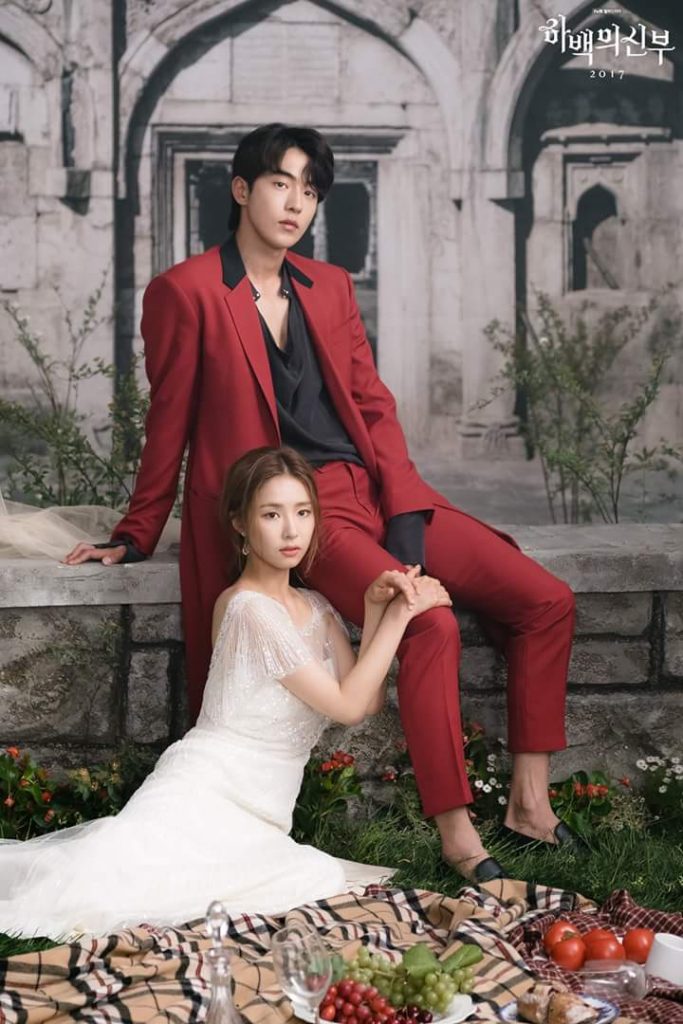