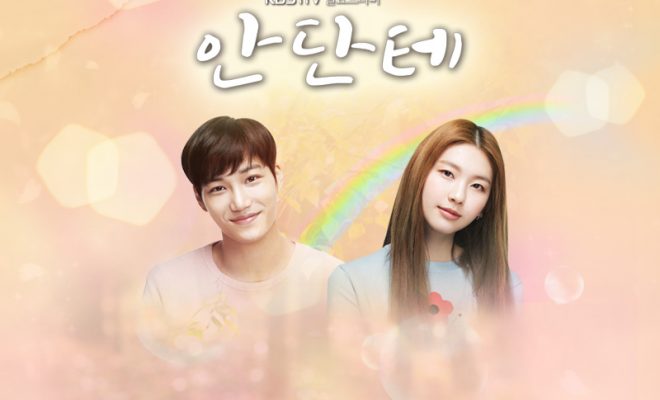 Andante paces to a purposely endearing and bittersweet story about a young man’s coming of age journey by giving and accepting love from his friends and family. 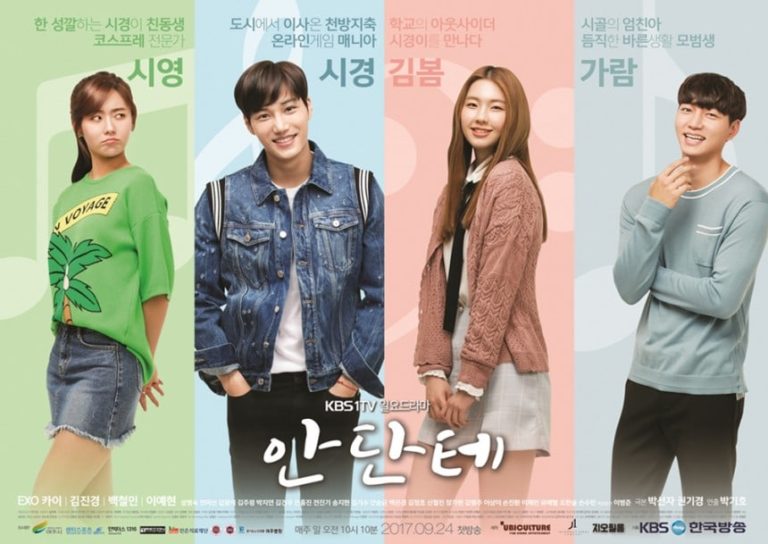 Happy New Year everyone! This will be my first review this year.

Andante is the first drama to reach the finishing line from 2017’s last quarter K-dramas. I initially considered skipping it, but I ended up gravitating to its uncomplicated storytelling. Commencing on a laid-back tone, I was not expecting anything at all, except dreamy moments with Kai of course. So I am gleeful how the story reached a gratifying closure, given its tamed premise.

Just like any standard youth drama, the focus of the narrative moves on a thread-bare trajectory about the everyday life of students. But the flavor is more sensible for Andante, since it incorporates another venue for the youth characters to move in a fictional world that does not center in stressful school activities. It did not leave me physically spent while watching it, instead I was emotionally uplifted on the concluding episodes. 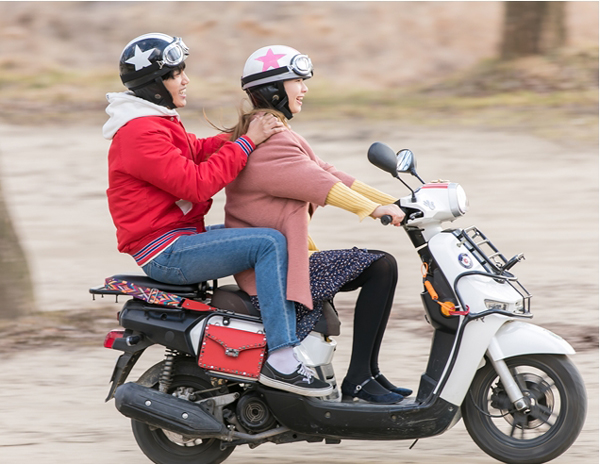 Most of my favorite first love stories are sweetened and wrapped with so much mirth. That I achieved on the first part of the story. Although I predicted the despondent culminating conflict, the love birds failed to warn me that they would put me on a weep fest after smiling on how their friendship and young love bloomed. Even with an almost-clean-slate acting portfolio, I am amazed how I genuinely enjoyed cheering for Andante‘s main love couple in good times and sad times.

Trendy youth dramas usually cover students’ dark problems such as bullying, debilitating stress (to enter top rated universities), and school politics. I am delighted to announce how Andante has a rational adult cast supporting the newbie actors. There are no awkward villains and misplaced characters whom we often see on school dramas, such as corrupted educators, greedy parents, and hopeless bullies. Instead, it pays attention on human stories that leave thought-provoking lessons alongside the casual depiction of typical student life. While sketching a sunny student-teacher interaction with quirky bickering, the students are nourished with ample positive attitude through the connections they built with the patients from the hospice.

Andante covers three places while concentrating on the life of the main hero. Lee Shi Kyung (Kai) moves to his grandmother’s house in the countryside where he enters a new school. He meets new friends, who slowly help him in straightening out his come-what-may attitude. The small town, which they moved in, houses a hospice where terminally ill patients stay. From there, he establishes connections with dying patients by solving their problems. The contrast of the budding life reflected through the student characters and the fading existence depicted by the patients, enable the storytelling to hit a gentle sentimental note, averting the usual emotionally draining murky tone of typical youth dramas. 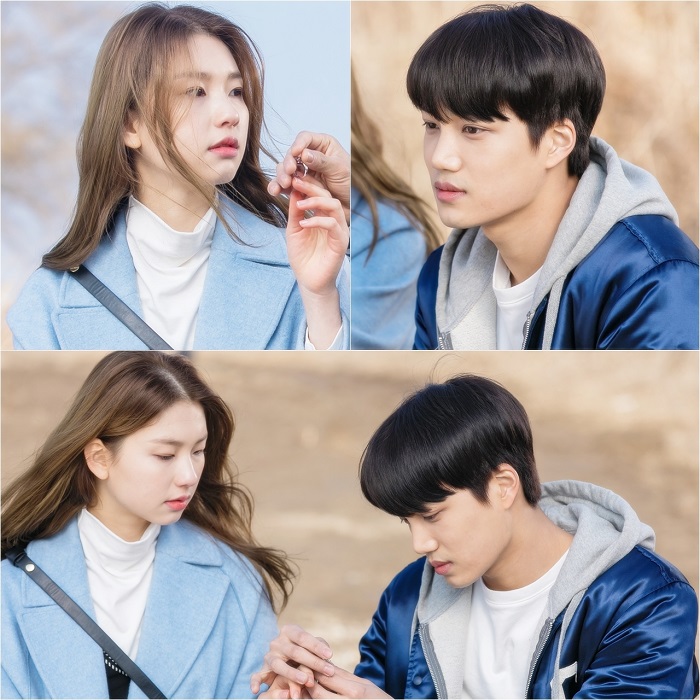 This part you can easily overlook, given how the lead characters are relatively inexperienced in terms of acting. But it does not mean they are less adequate. There are a few instinctively theatrical moments on emotional scenes, but the light ones are nailed decently. Also, it is nice to see their portrayals progressively improved as the story moved on. On the climactic emotional scenes, I tried arguing that I was just hormonal in being a crybaby, but it’s really because the lead couple succeeded in immersing themselves to their roles effectively. Watching the last four episodes in a binge was a wrong move for me, because I ended up spending four hours of on-and-off crying until the ending chapter was finally sealed. And yes drama, you are forgiven for doing that to me. 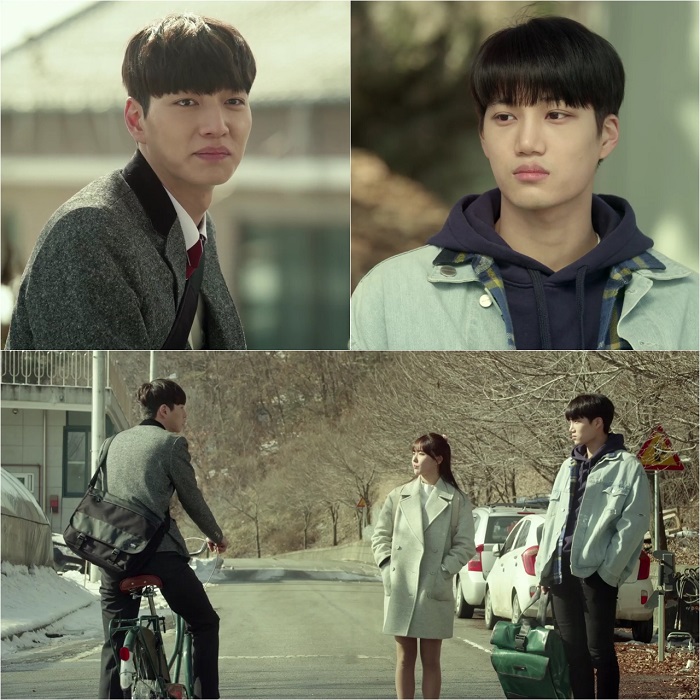 For a youth drama to mark on a viewer, it needs to raise nostalgic feeling from one’s old memories. Andante accomplishes that part with flying colors on the bonus pep talks of how to live life to the fullest, no matter what painful events you have to go through in the course of your life.

Andante is definitely not the brightest bulb among the youth-campus dramas that have aired so far. But the approach to teaching life lessons from young people’s perspectives is commendable and refreshing. The slice of life narrative lets you walk into a TV experience showing how genuine human interaction should be. It deviates from exaggeration and gives us the taste of life, dreams, friendship, family bond and love lessons without sugar coating. 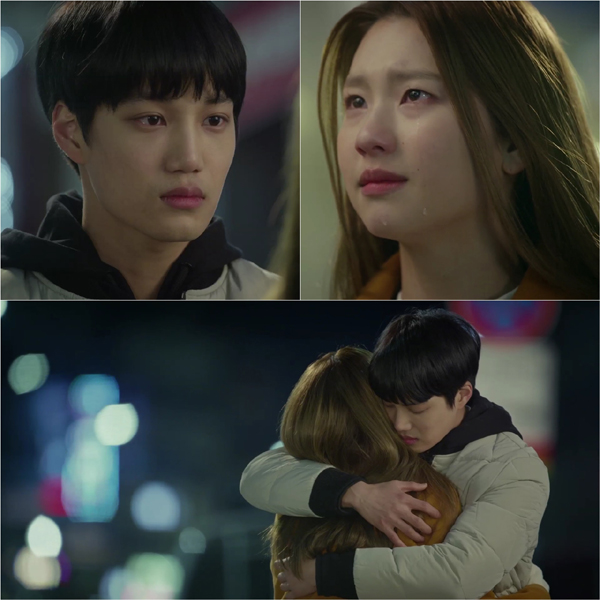 Game addict Lee Shi Kyung (Kai) moves to his grandmother’s town after his mother faced problems with loan sharks in Seoul. He grew up with his sister Lee Shi Young and aunt since his father went missing from an overseas medical mission. His grandmother reluctantly accepts them in her house because of her strained relationship with her daughter-in-law. His mother is forced to take on a caretaker job at the small town’s hospice for terminally ill patients while they settle to their new school. 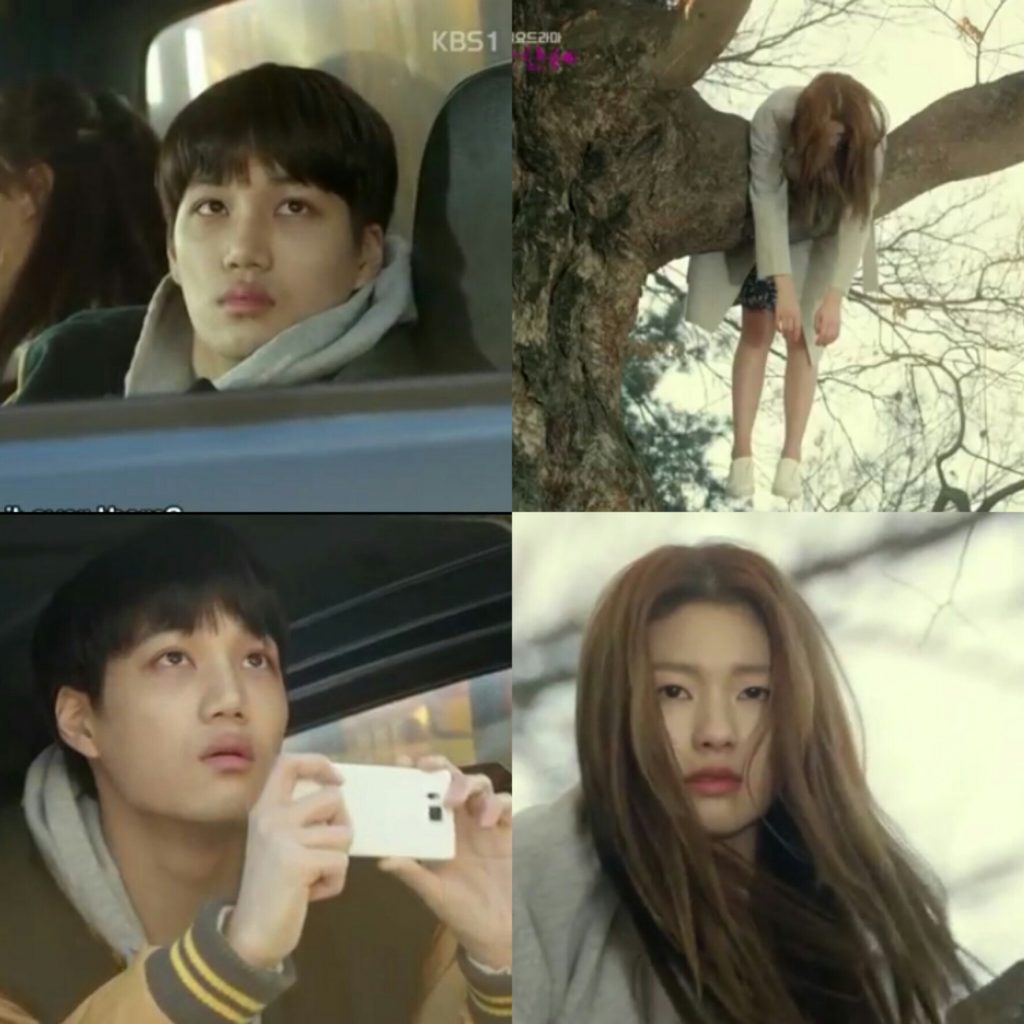 On the day they arrive in the suburb, he sees a young woman about his age hanging awkwardly on a tree branc,h which creates a strange impression onto him. The young woman (Kim Bom) was also transferred from Seoul. Little by little, Shi Kyung builds relationship with her and Kang Ga Ram, who is also fond of his temperamental younger sister. Together with their classmates, these young people frequently volunteer at the nursing home to help out in caring for the patients while keeping normal student activities.

A story of friendship, new beginnings, life retrospection, family ties and first love. Andante will make you smile and cry with its heart-tugging story about a young man’s first love.