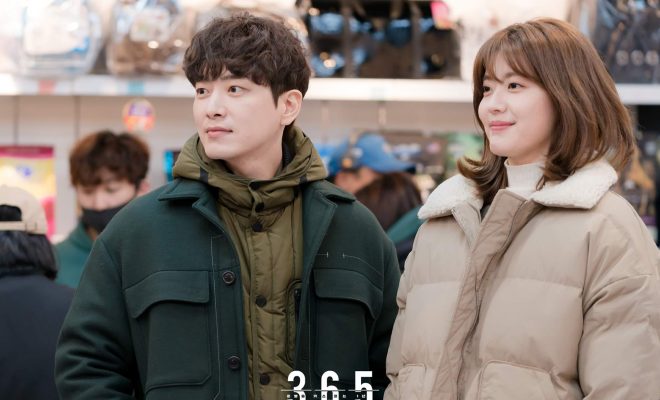 K-Drama Review: “365: Repeat The Year” Is Excitingly Unpredictable As The Main Characters Battle Against Their Pre-destined Fate

By Lilly | May 2, 2020
211
SHARES
FacebookTwitter
SubscribeGoogleWhatsappPinterestDiggRedditStumbleuponVkWeiboPocketTumblrMailMeneameOdnoklassniki

Intense, thrilling and shocking- 365: Repeat The Year hits bullseye as it throws various perspectives on fate.

Is fate really pre-determined? Or is it possible to alter fate and create a new future? 365: Repeat The Year dives deeply in an attempt to provide answers to these questions. 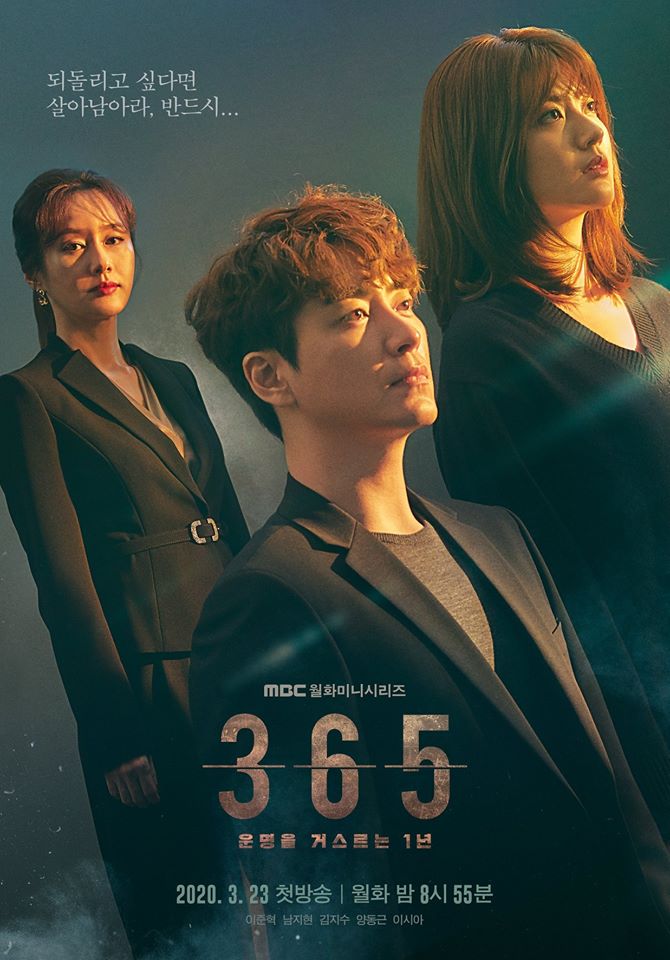 Based on the Japanese novel, Repeat, the drama is headlined by Lee Joon Hyuk, Nam Ji Hyun and Kim Ji Soo.

Lee Joon Hyuk takes on the role of detective Ji Hyeong Ju, who travels back to the past to change an event that altered his life.

Along with him is Nam Ji Hyun plays Shin Ga Hyun, a successful webtoon artist who chooses to become one of the resetters after she becomes handicapped in an accident.

Controlling the lives of the resetters is the mysterious Lee Shin played by Kim Ji Soo who knows much more than she lets on. 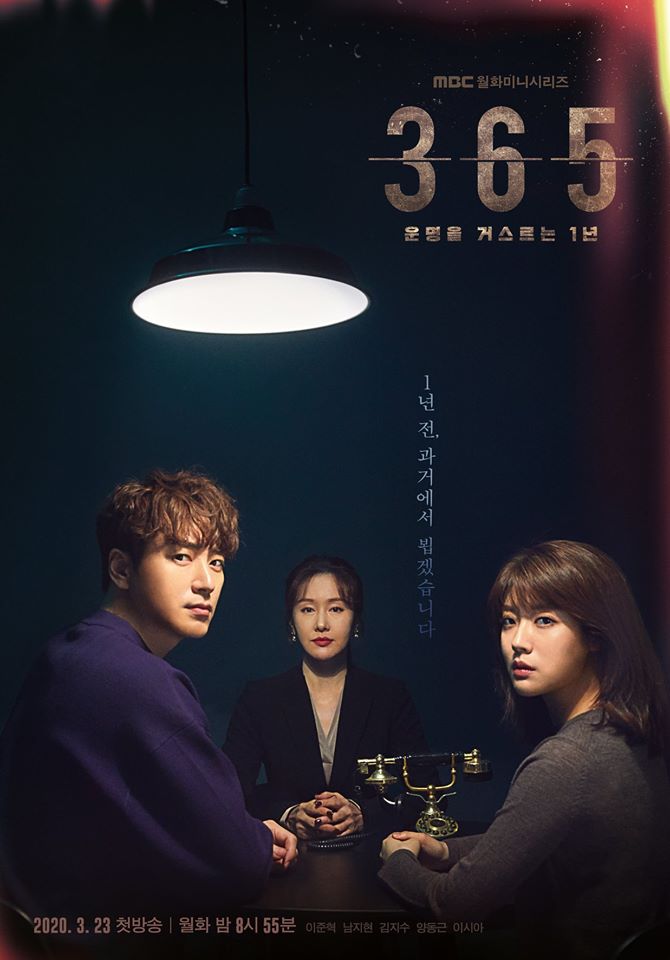 A group of 10 people gets an opportunity to reset their lives and travel back one year into the past. These people become resetters and traveled back into the past with the hopes to create a better future for themselves. However, what awaits is not happier changes but rather a dreadful nightmare where each of the resetters start dying one by one.

Now, the remaining survivors must try their utmost best to escape death. Thus, begins an intense survival game where they fight against their destiny. 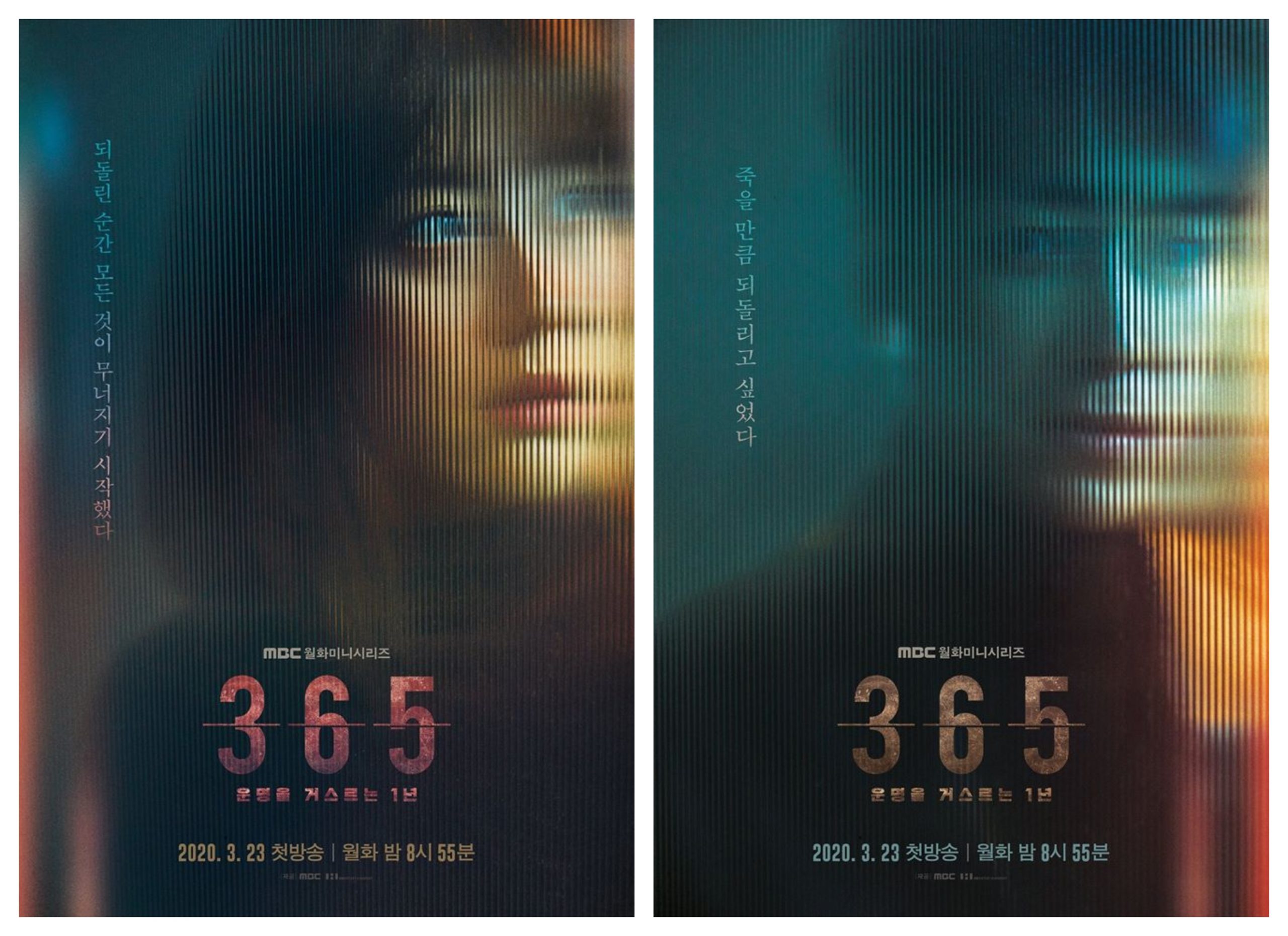 For a short-length drama, there are too many key events that take place in the narrative. Presenting an engrossing story, the drama quickly progresses from one event to another.

There has been too many shocking revelations that makes the viewers suspect everyone and everything. At the beginning, it was just a group of random strangers chosen to reset. By the time, they reach the past, one death already occurs. Then, the viewers get bombarded with the fact that there is infact a connection among the resetters as well as their deaths.

Throughout all the episodes, the viewers are compelled to think if one can change their fate as each characters simultaneously meet their gruesome ends. The fear of death itself causes these characters to make some nasty decisions. 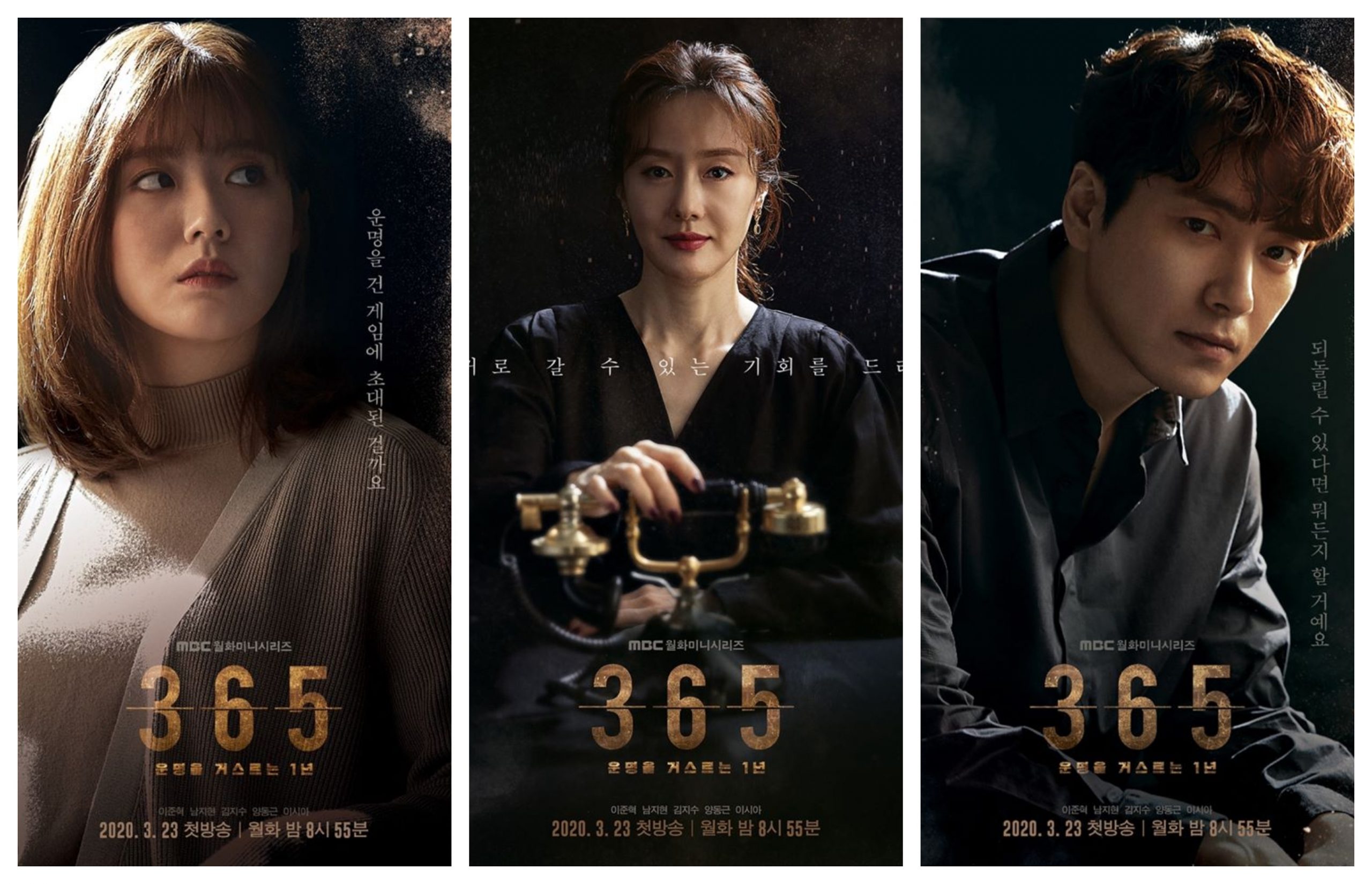 In all the gloominess, lies and betrayal, there was also some brightness in the form of a solid friendship between Ji Hyeong Ju and Shin Ga Hyun. Though brought together by Lee Shin as a part of the reset group, their bond grew as they start working together to solve the puzzle they got themselves involved in.

There have been moments when they suspected each other which was likely because one wrong decision can cause a person’s death. But it was not dragged too long and they resolved them really fast using their critical thinking. 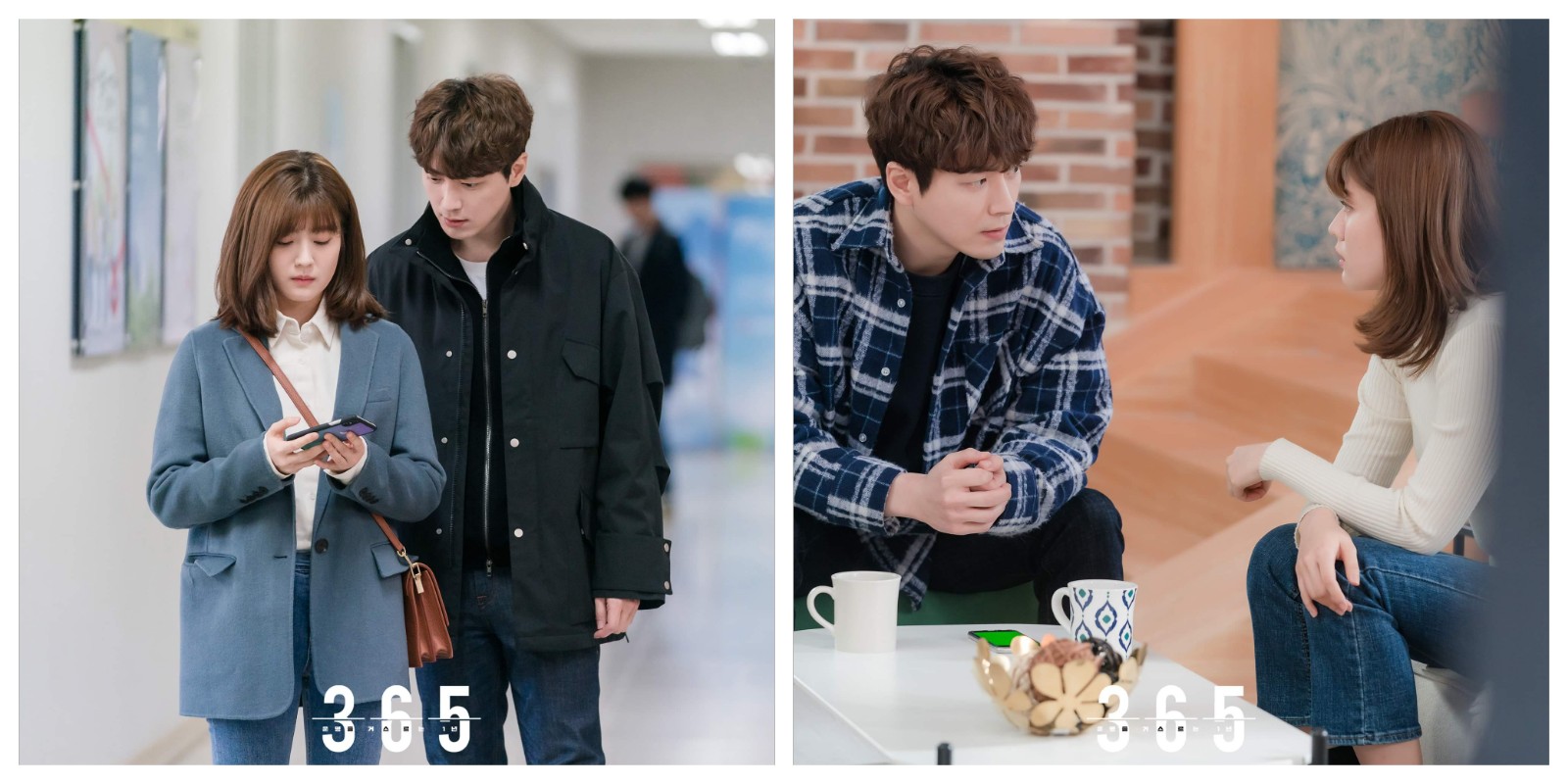 The moments of Ji Hyeong Ju, Shin Ga Hyun and Maru are always heartwarming and even if there was no romance, this friendship is something to root for. Ji Hyeong Ju is extremely adorable as the fanboy of Ga Hyun’s webtoon and fist bumps are definitely their thing.

One of the most memorable scenes between these two in the drama is at the end. The scene is a happy one yet there is a lingering sadness. 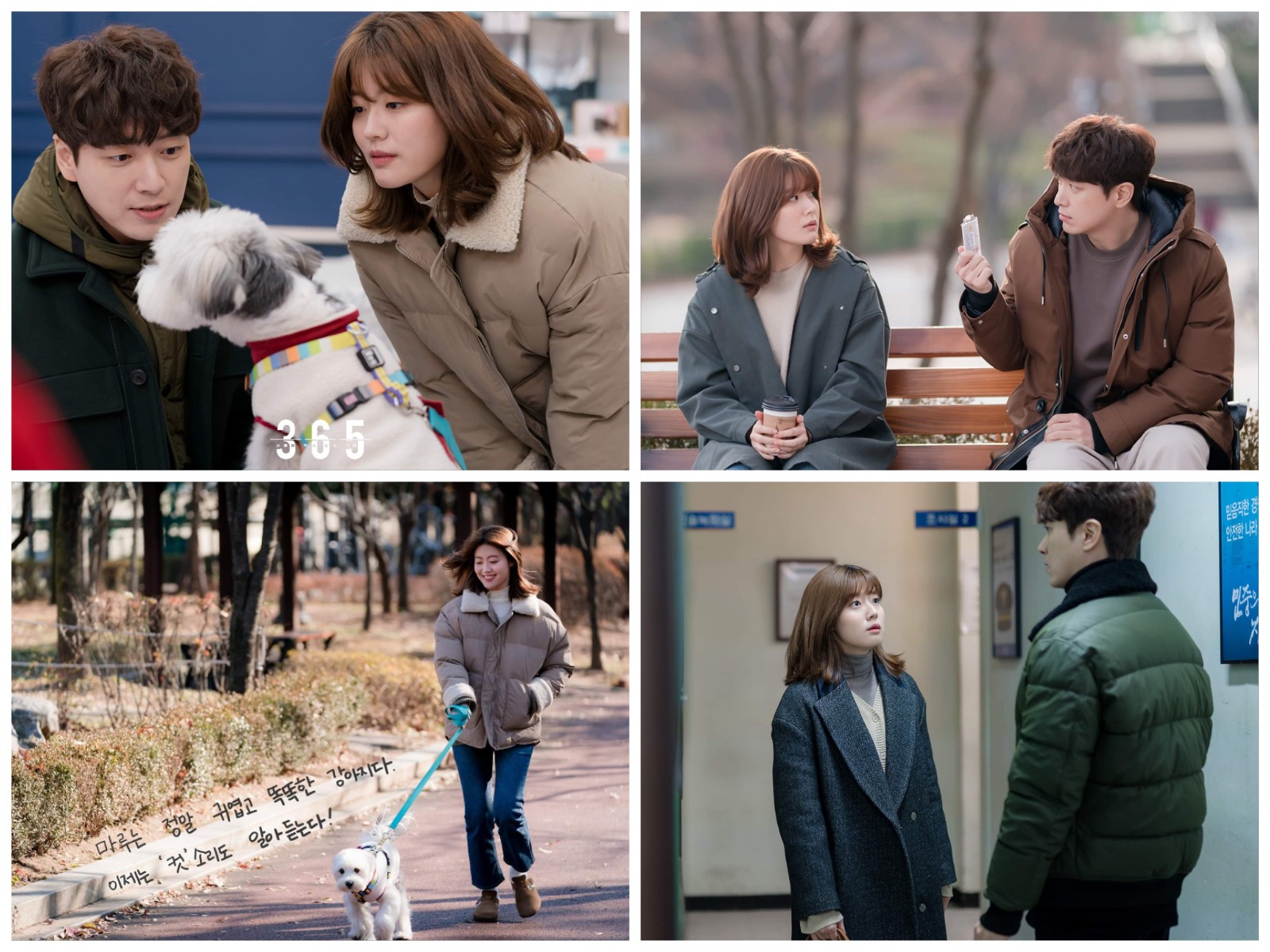 Nothing is as its seems and no one is really innocent with the exception of probably Ji Hyeong Ju and Shin Ga Hyun. Though there have been suspicions even against these two that they are not really who they portray themselves to be.

Extreme manipulations and betrayal occur as everyone work for their own interests while maintaining an unknowing facade. Despite knowing what the future holds, Lee Shin toys with the lives of the resetters as she tries to play God, the resetters too have unsettling secrets. And then there is even a greater force behind Lee Shin who is much more vile.

None of the characters are worth trusting as they have all masked themselves with a series of lies. As each of the masks gets unwrapped, more horrible secrets get unveiled making viewers ponder if such hateful characters deserve a grotesque end. 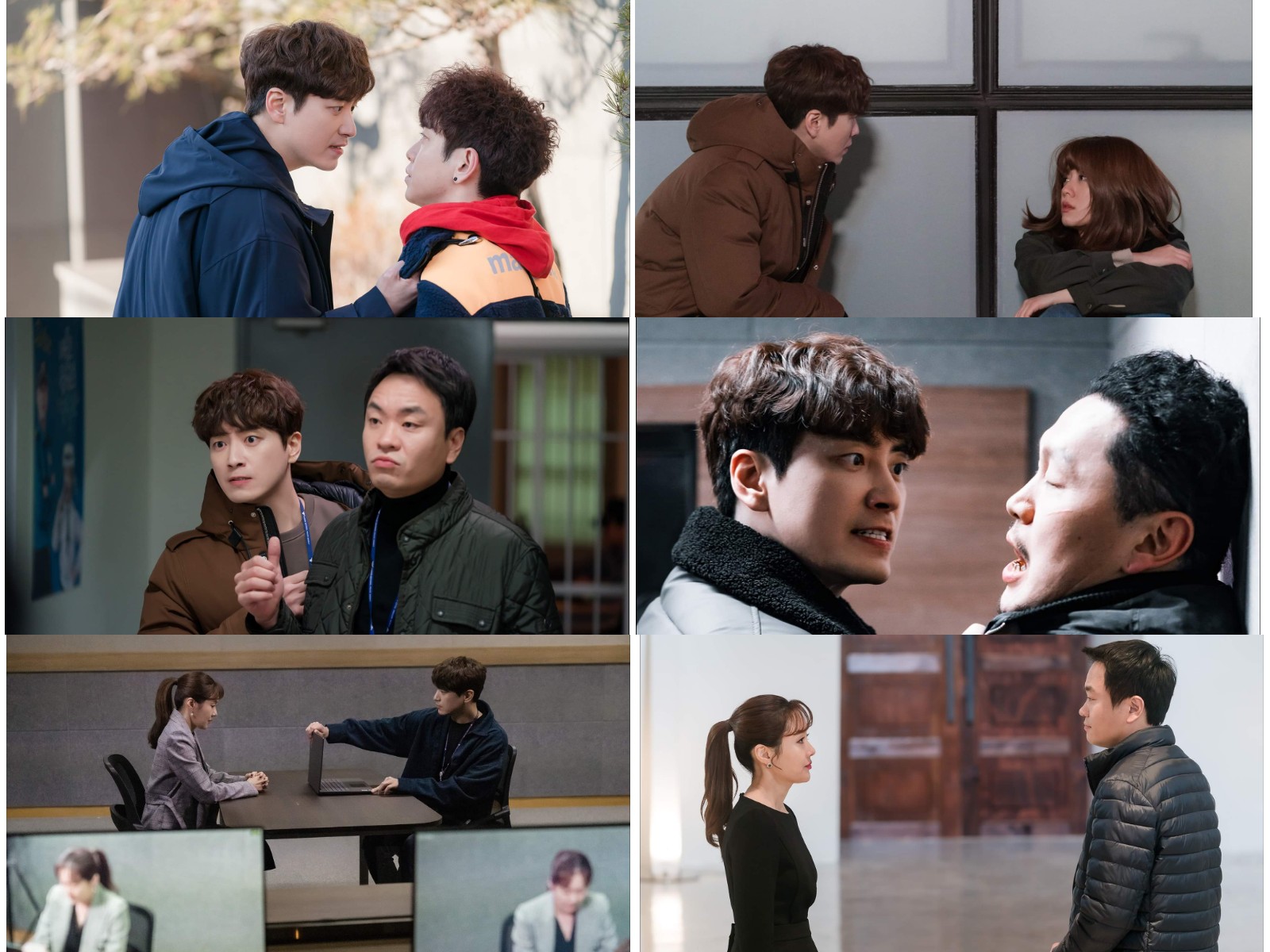 The 24-episode journey with 365: Repeat The Year was like a trip to the horror house. You never know what is going to hit you next and you must always prepare your heart.

There were too many, “OMG! I did not see it coming” moments right from the very beginning. So much for the surprise that the drama creators killed off four characters in the first week itself. 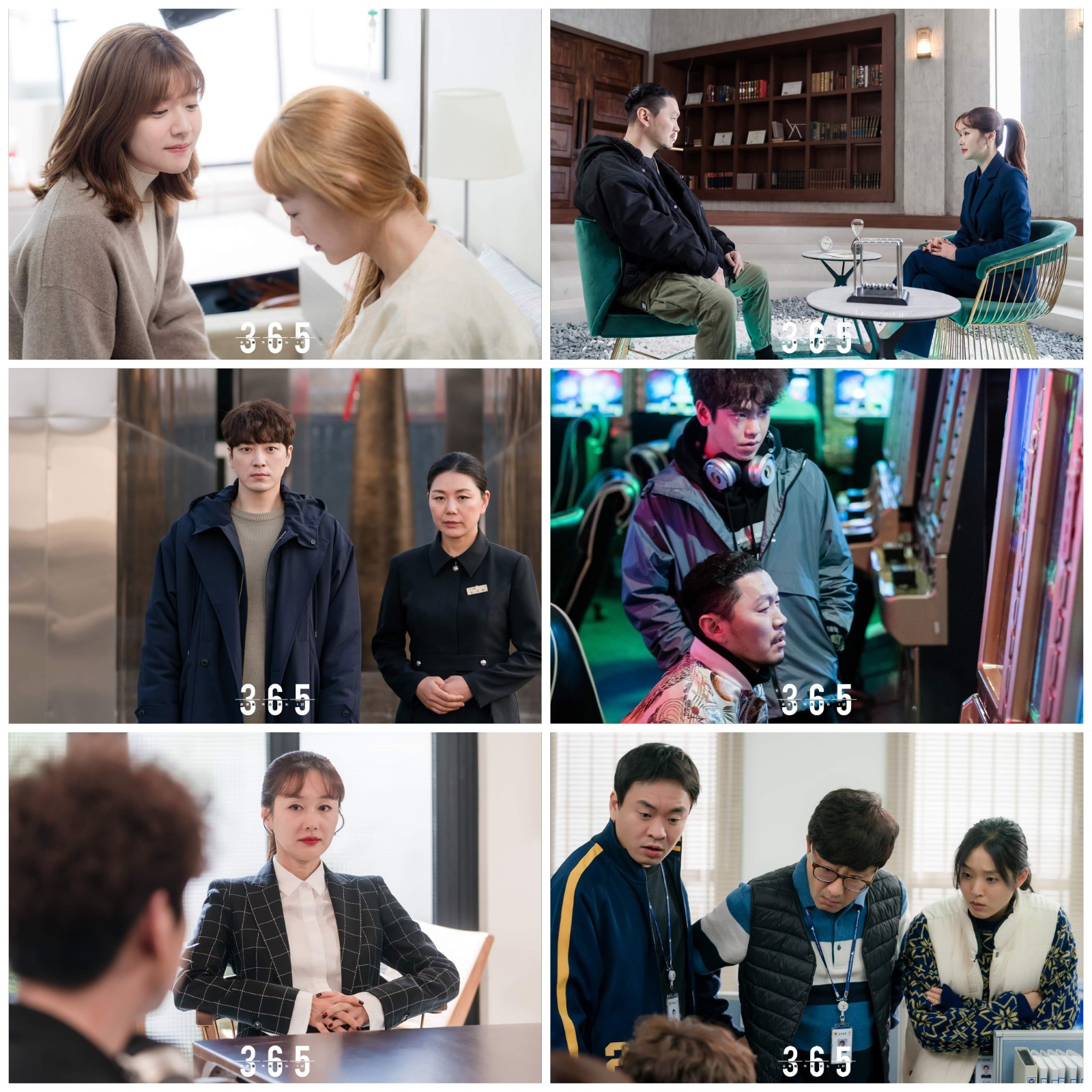 The concept of traveling one year to the past is quite interesting. Indulging on the fact that every human has had a moment in the past that they might wish to change, the drama creators weaved interesting back-stories of the resetters which explains their choice.

Also, as great is the story of the drama so are it’s characters. The actors definitely gave a goosebump-worthy performance. Shedding off her persona of a rom-com princess, Nam Ji Hyun impresses with her portrayal of a strong-willed female lead. Lee Joon Hyuk makes us coo over him while Kim Ji Soo creepily scares. However, the character that blew off everyone’s minds would definitely be Lee Yoo Mi who played Kim Se Rin. 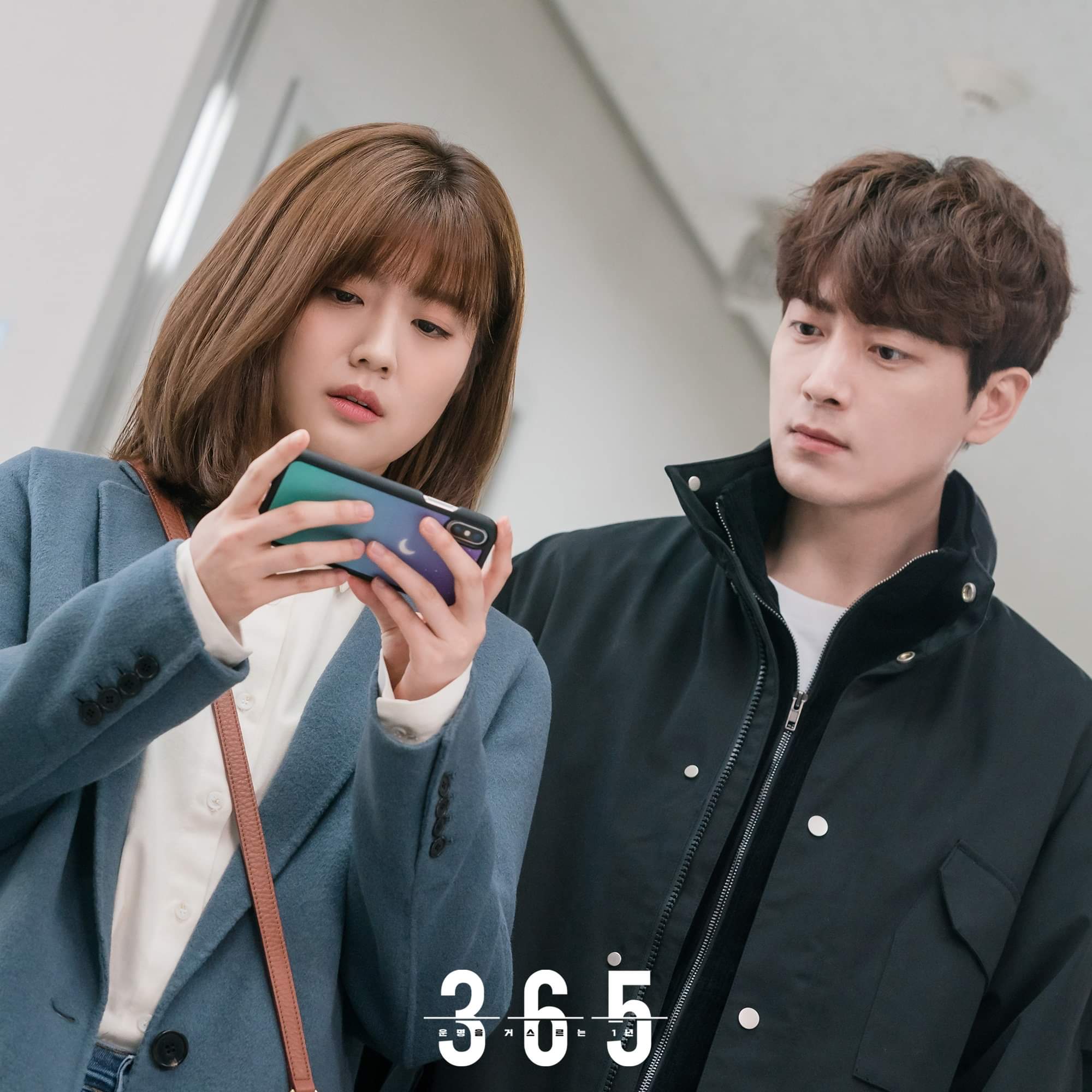 365: Repeat The Year has got everything that a good thriller drama possesses. Right off the start, the drama surprises with a plentiful of shocking incidents.

Quite heavy on the gore side as well as the ugliness of human mind, this drama is not for the soft-hearted. From exploring the answers about one’s fate to instilling a fear about the upcoming future, this drama packs a punch everytime.

Not too often, there are dramas that manage to keep the story unpredictable until the end while also maintaining the engrossing pace. 365: Repeat The Year gets full marks for nailing this and does so, quite excellently.

Another great point of this drama is a smart female lead. Shin Ga Hyun was characterized as a successful artist who writes a crime webtoon and her skills were used in solving the mysteries related to the Reset. Most of the times, it was Shin Ga Hyun who made the correct deductions which also helped to increase the chances of changing fate itself. 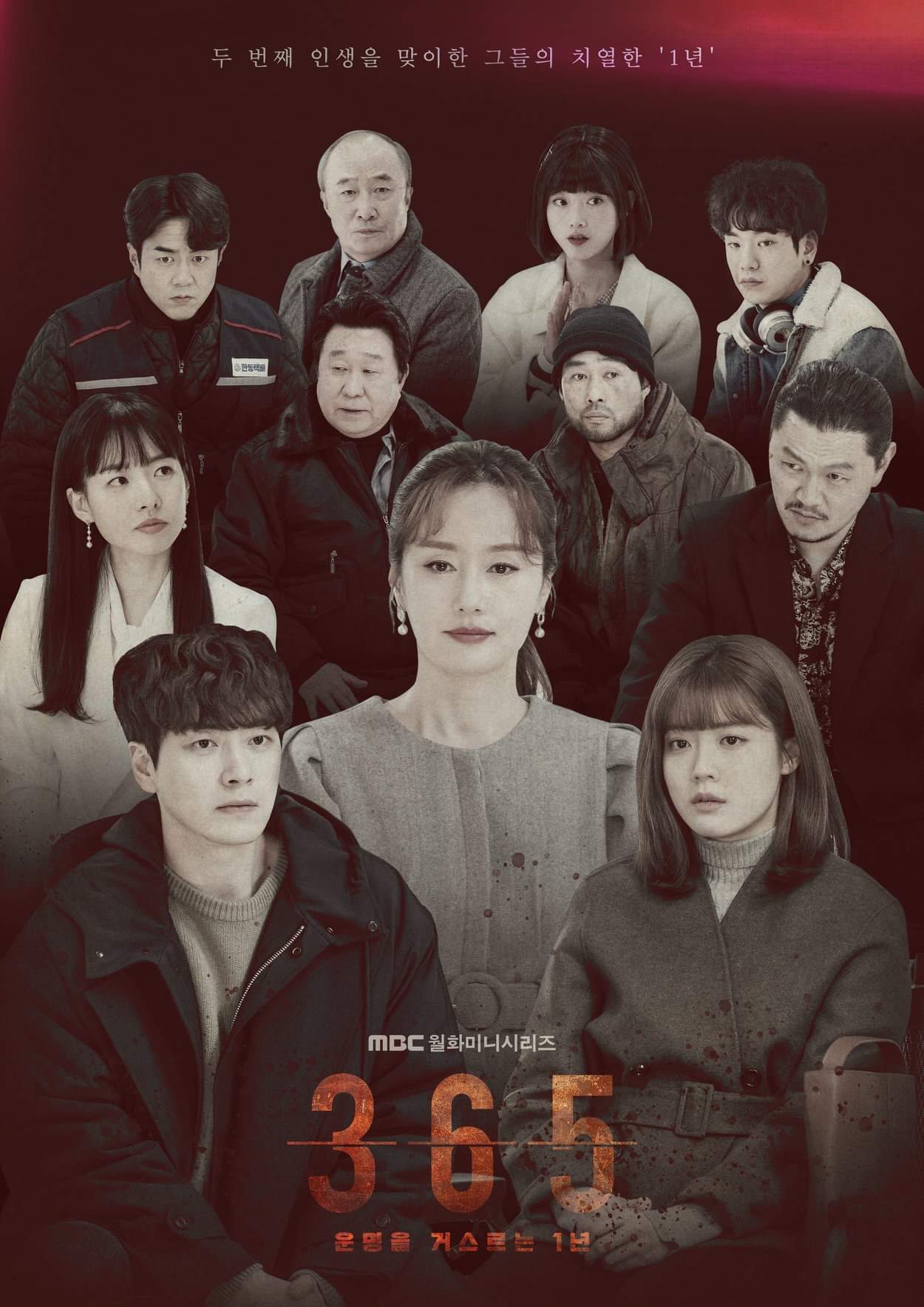