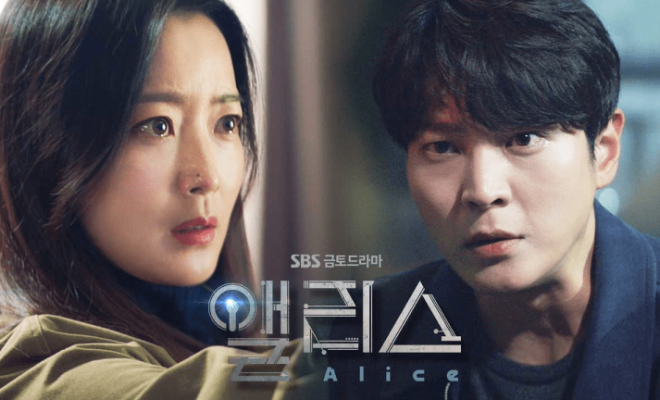 Like falling down the rabbit hole, Alice pulls us into the labyrinthine world of time traveling and multiverses.

Through an inviting premiere, Alice has sealed an immense number of following. Viewers’ attention were quickly captured due to an intriguing premise. But along its succeeding episodes, the drama plainly struggles to carry out a polished story line. Thus, failing to keep up with the high expectations of some. 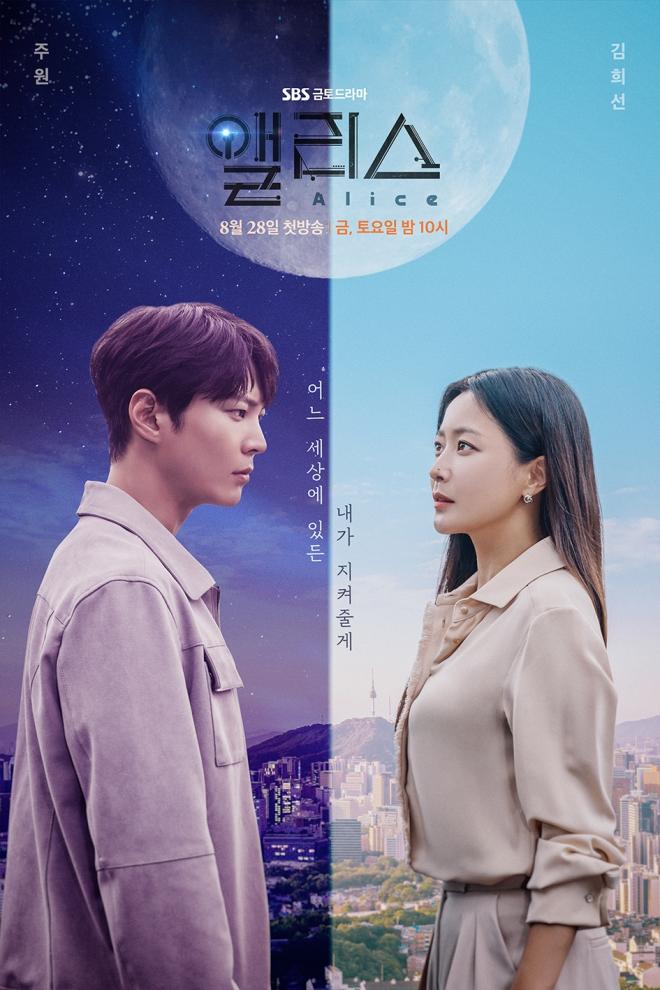 The drama begins from the year 2050, when traveling through time became an easy task for anyone. During that year, speculations circulates that time travel will end soon, based on the predictions written in the Book of Prophecy.

As they got there, someone else is looking for the book as well. They fought off with the intruder and interrogate him why he’s hunting for the book. He said that the “teacher” was the one who gave such orders. Before the authorities arrive, they amputate the man then acquire it from him.

Fast forward, Tae Yi and Min Hyuk had to go back to Alice to bring back the book. However, Tae Yi learned that she’s pregnant, Min Hyuk told her to abort the child but she decides to raise the child alone. She goes into hiding with her new identity Park Sun Young ( (Kim Hee Sun) and stayed in the year 1992 with the book in her hands, while Min Hyuk returned to Alice alone in 2050.

The child is Park Jin Gyeom (Joo Won), who grew up as a skillful detective diagnosed with alexithymia, a mental condition of lacking emotions. Though he is unable to perceive and show his feelings even if he wants to, his mother, Park Sun Young, showered him with complete love and attention.

In high school, one huge tragedy strike their once peaceful lives as Sun Young was killed by an unknown man. On her last breath, she warns her son that if he sees her again, he needs to act like he doesn’t know her.

From then on, Jin Gyeom vowed to himself that he will catch the killer by all means, and to bring justice for his mother’s death. 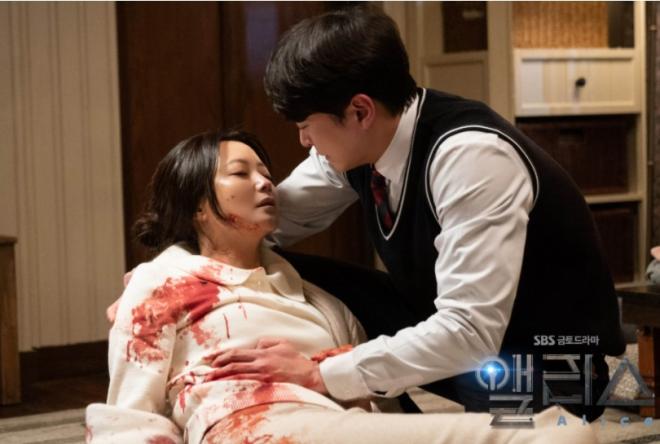 Making his small screen return after being discharged from the military service, one thing remains truer than ever — Joo Won’s acting never disappoints. Despite the drama’s flawed narrative, he had strongly given justice to his role as the apathetic Park Jin Gyeom. I love how he perfectly pulls off his character, despite it being an emotionless one.

Throughout his career, it is evident how Joo Won takes on unique roles. And now with his most recent project, it is not surprising whether he can execute it or not, because he just did, and even more to that. 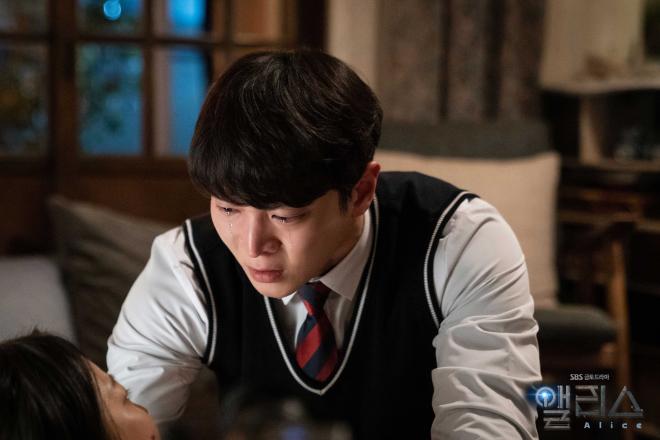 Leave the past behind, treasure the present and patiently wait for the future to come

When Tae Yi first discovered and opened the door of time, her greed surges of somehow having the control. That overwhelming desire later cost her son’s life and hers as well.

The teacher, who turned out to be the older version of Jin Gyeom repeatedly hunts for his own mother in different timelines. This decision was based on the book of prophecy — that in order to stop the time traveling, either the mother or the son should be killed. He believes that by doing so, his suffering will stop.  He is the very person who caused excruciating pain to his younger self, the present Jin Gyeom, by killing their own mother.

Turning into the subject matter, the bottom-line of this is to value time, nothing more nothing less. We shouldn’t be held back by our past nor became anxious of our future. Although time travel won’t be possible in maybe million years from now, just the thought of going back and forth in time hinders us to solely focus on our present, and deprives opportunities of living a wonderful life.

Using complex elements of science and fiction, the simple yet genuine topic about life was presented in an intricate manner. 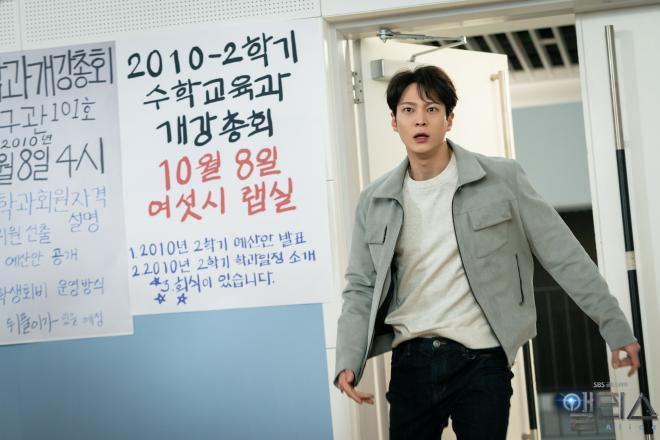 Incorporating time-travel themes in dramas can be tricky. It requires a masterful presentation and visualization in the shifting of events that won’t throw off the balance. Sadly, Alice‘s messy narrative took away its potential to become one of the great runners this year.

Although it starts off with a bang, the latter parts fall short in laying out logical reasons behind all the killings done by the Teacher. Thankfully, the actors’ performances has made up for it.

On the fundamental aspect of drama, if we contemplate the underlying message it aims to address, we can say that this drama was not completely bad. Despite some of its failing points, Alice had a genuine and valuable message. That is to cherish and appreciate our time while we are living in the present.

We may want to rewind the past to fix our mistakes, or jump in the future to see and prepare for what it holds. However, Alice will enlighten us that the most important time in our lives is “now”.

Lingering in the past or pining for the future won’t do any good to us. It also tells us to live in the moment and pay attention to the people rooting for our happiness. And I think that was one of the drama’s strongest point and edge among others.

Overall, the drama is a nice watch, with shocking twists and enough thrill. Though I cannot say that I am completely satisfied with the ending, I think its probably for the best. 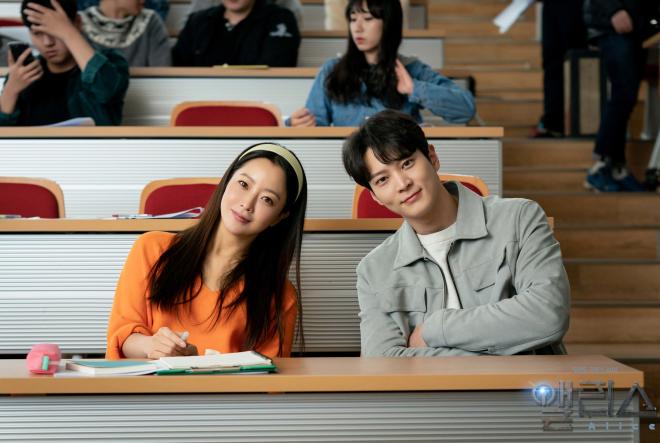