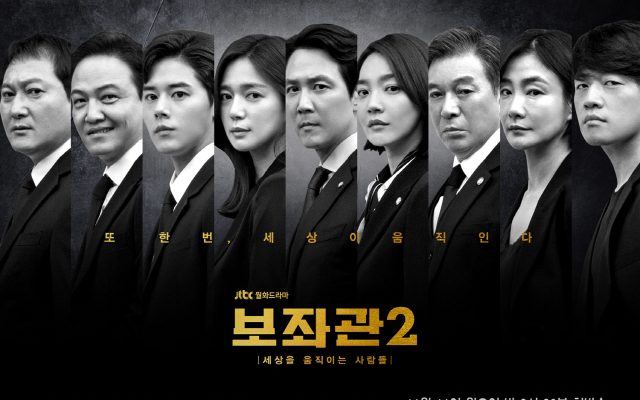 K-Drama Review: “Chief Of Staff 2” Sends A Message That Sacrifices Root For The Greater Good

Meeting with its expectations, Chief Of Staff 2 brings forth an intriguing narrative involving the lives of the lawmakers. There was no dull moment throughout the series as there are lots of twists and turns with the continuous battle for power. 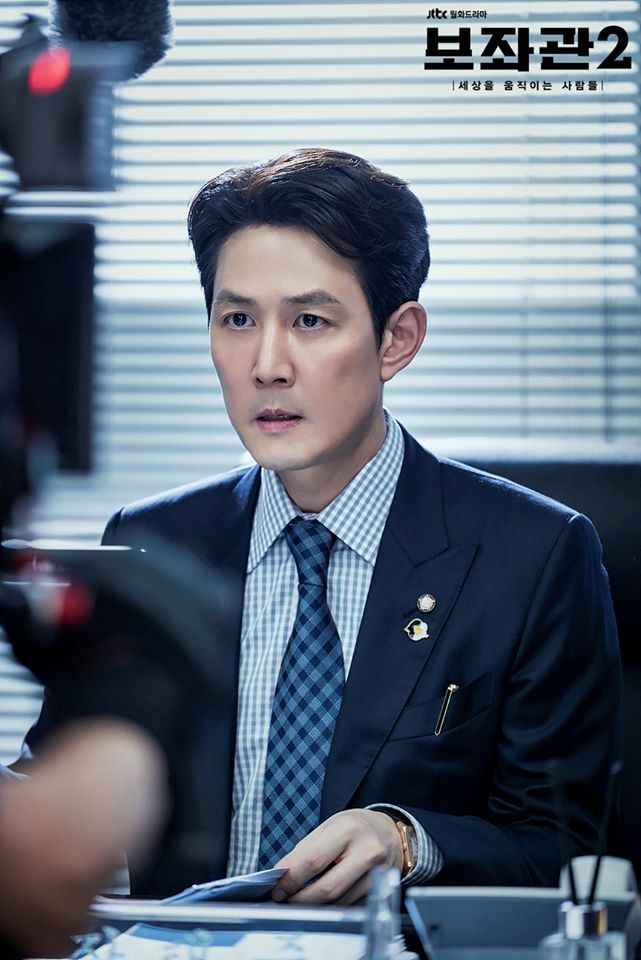 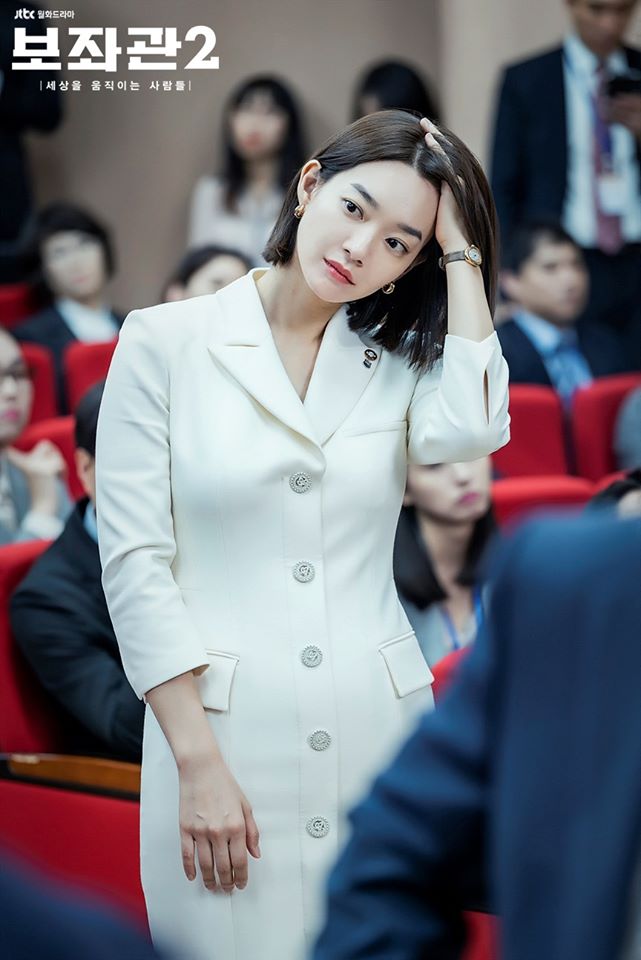 Leading the cast is Lee Jung Jae, who reprises his role as Jang Tae Joon, a once chief of staff who is now an assemblyman. He works with Kang Seon Yeong (Shin Min Ah), a competent and compassionate assemblywomen and Yun Hye Won (Lee Elijah), his loyal aide to change the existing system for the better. 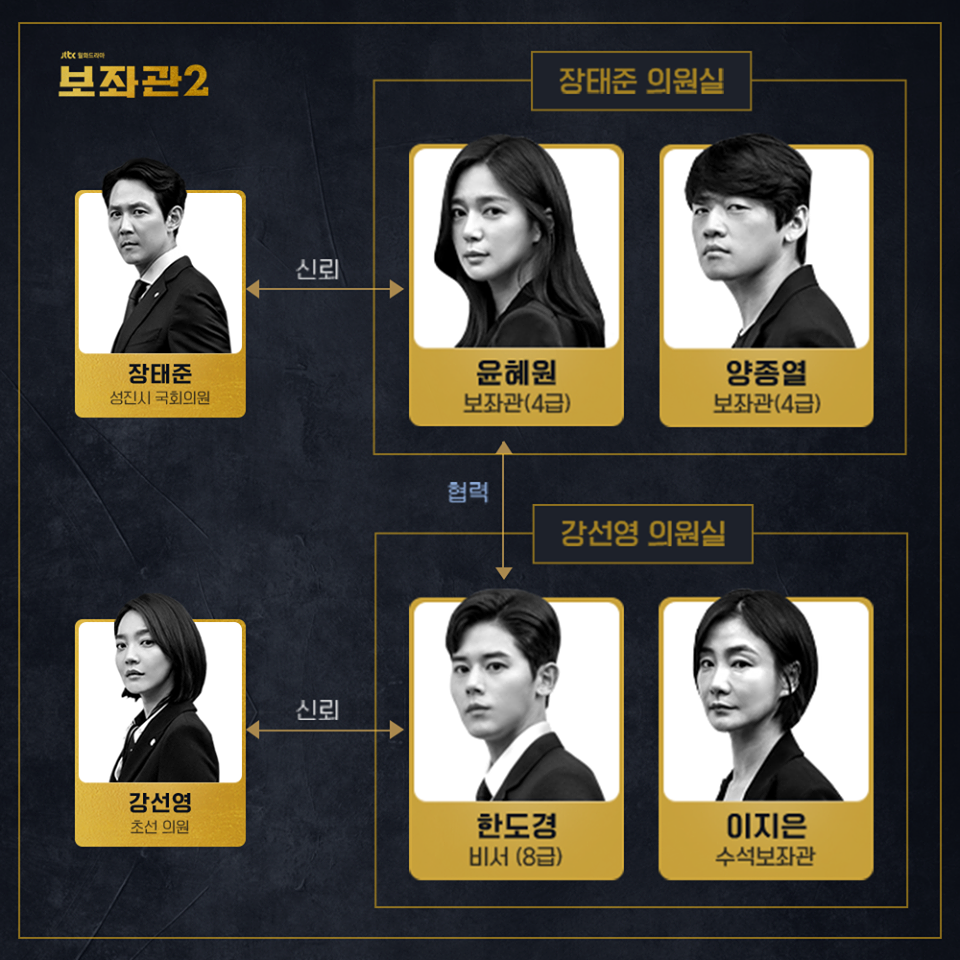 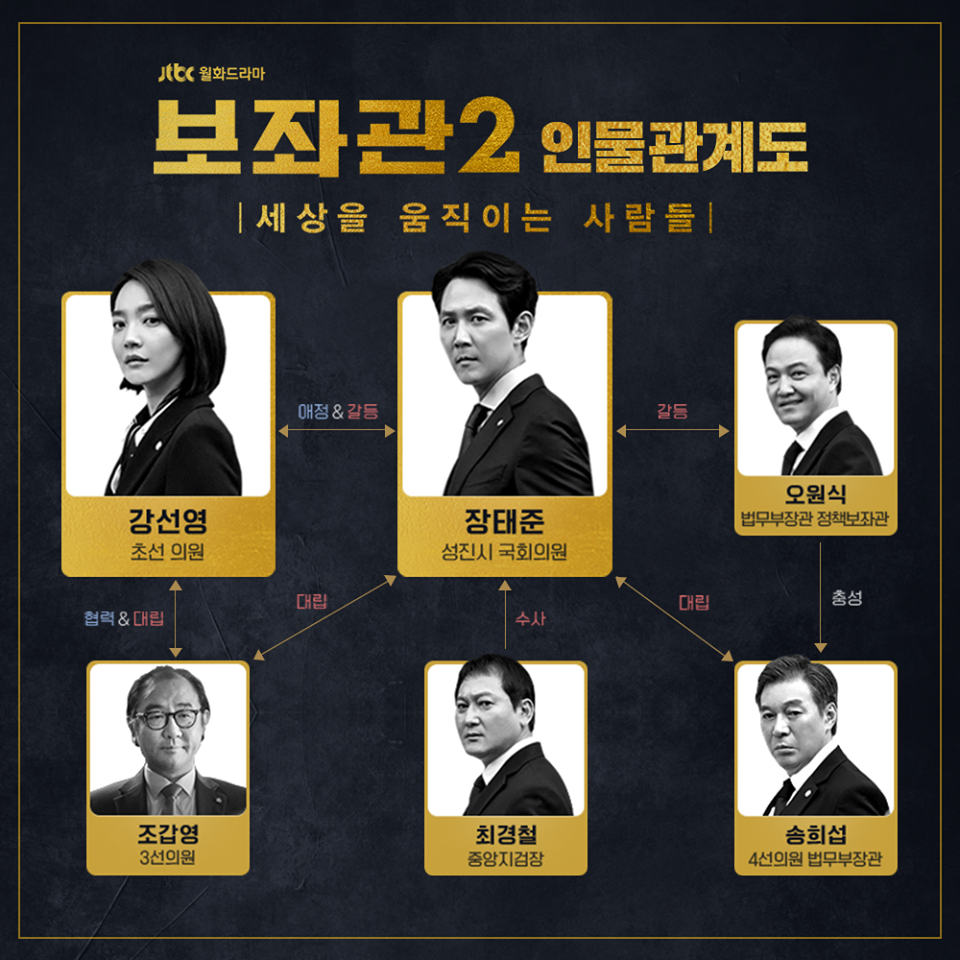 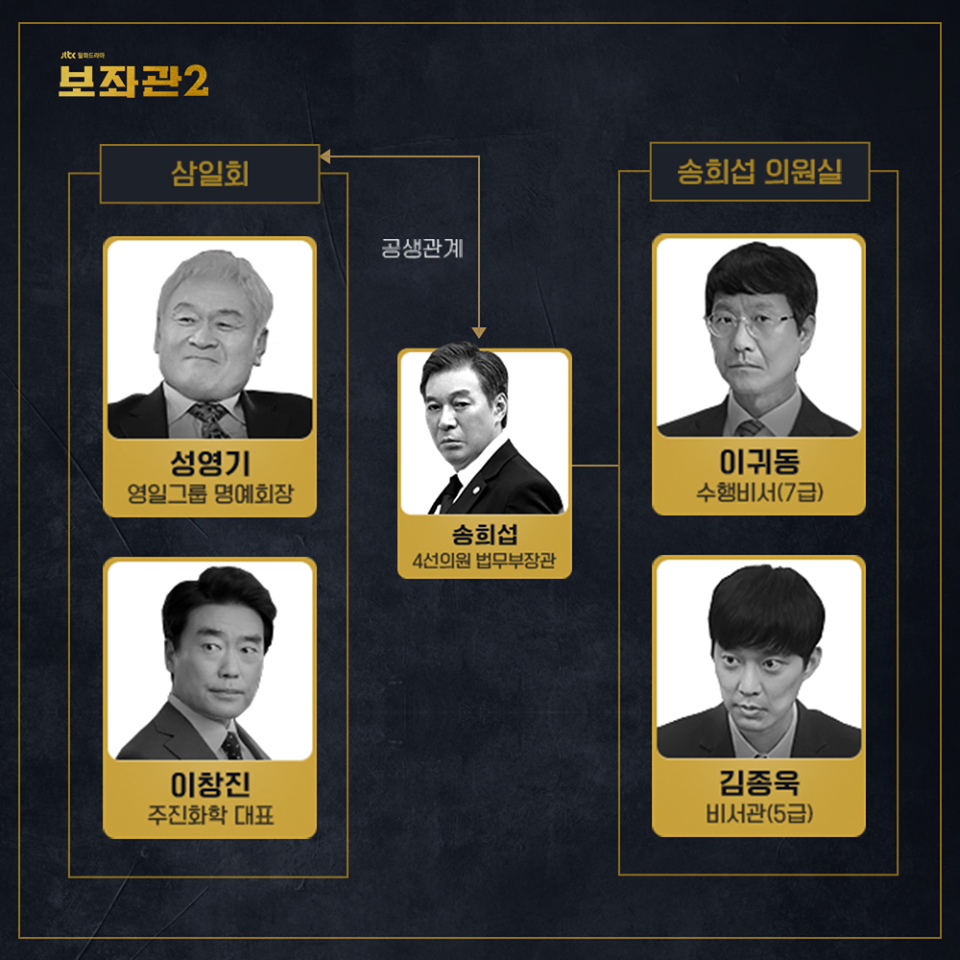 Picking up from where it had left in Season 1, Jang Tae Joon has moved up from the position of chief of staff to an assemblyman. While, Song Hui Seop has become the Minister of Justice.

Now that Tae Joon has finally earned his position at the assembly, he sets his plans in motions and works towards removing corruption from its very roots. The path towards building a prosperous and corrupt-free nation however is not easy as at every step he faces challenges from his opponents. 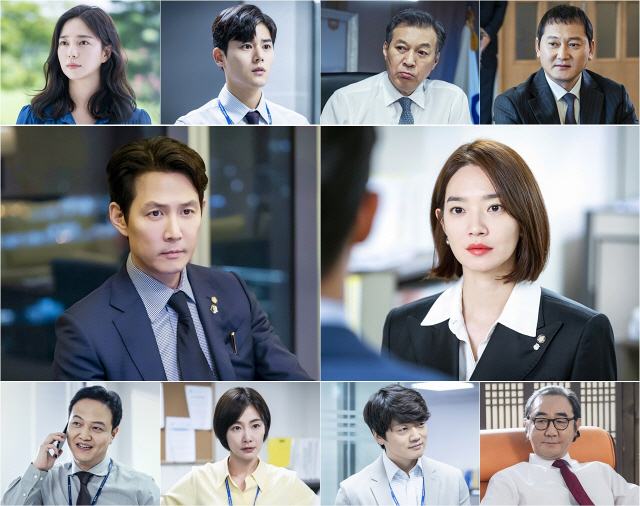 Delving into the world of politics, the drama captured the realities without sugarcoating it. Jang Tae Joon decided on changing the system alone by himself, but it is easier said than done. The opponent Song Hui Seop has the upper-hand and was backed by even more powerful people.

As the story progressed it was numbing to learn on how the weak and minority suffer from the repercussions of any mistake made by the powerful. Even if there was a righteous person in the crowd, they were silenced or made defenseless because the corrupt outnumbered and out-powered them. Such as in the case of Chief Prosecutor Choe Gyeong Cheol, who did believe that law is above everyone else. But he was also a lone warrior as even his supervisors pledged loyalty to Song Hui Seop. 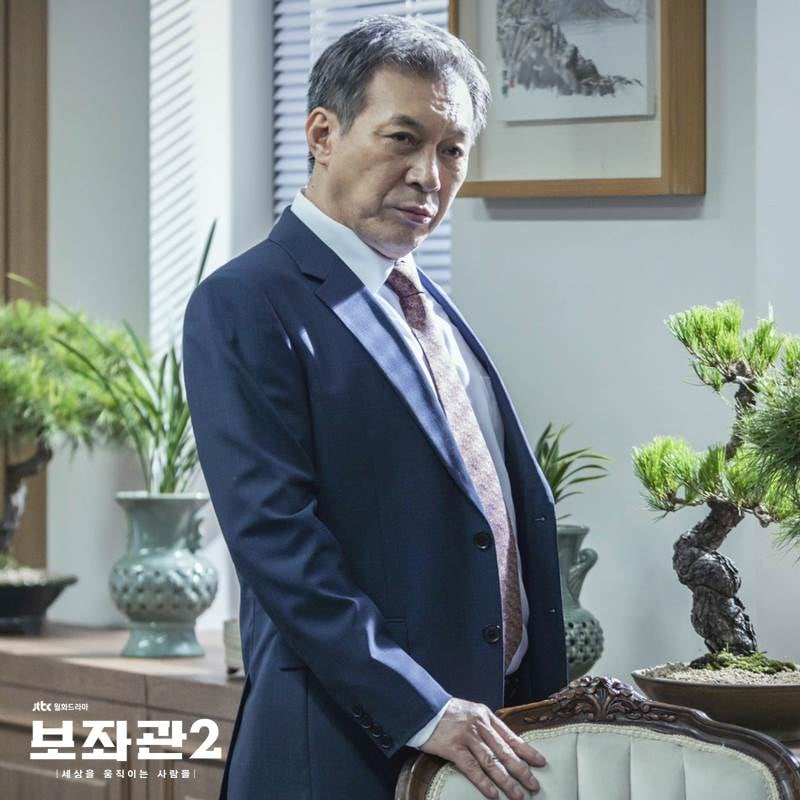 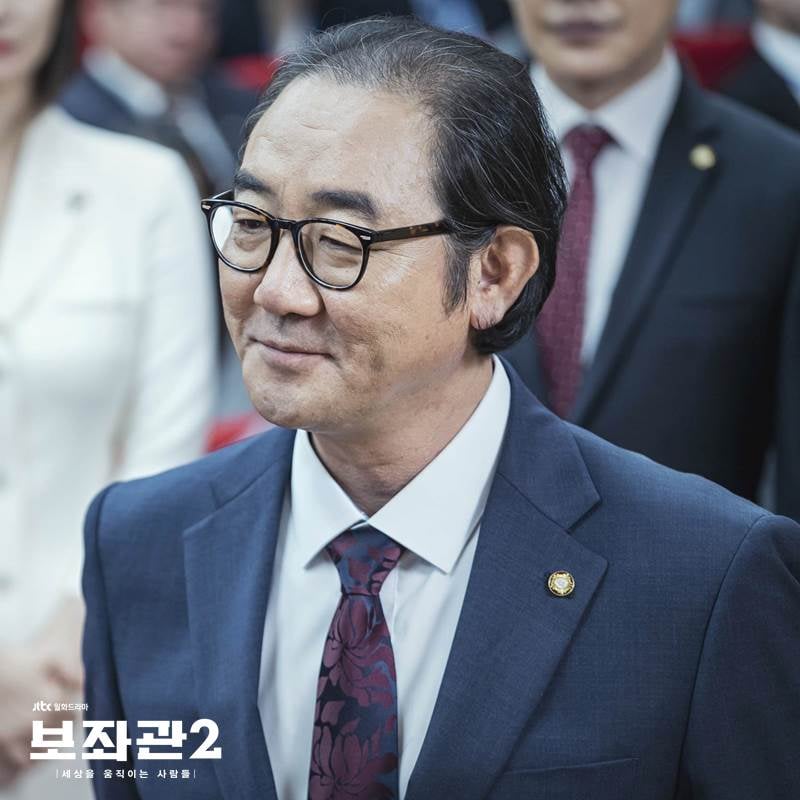 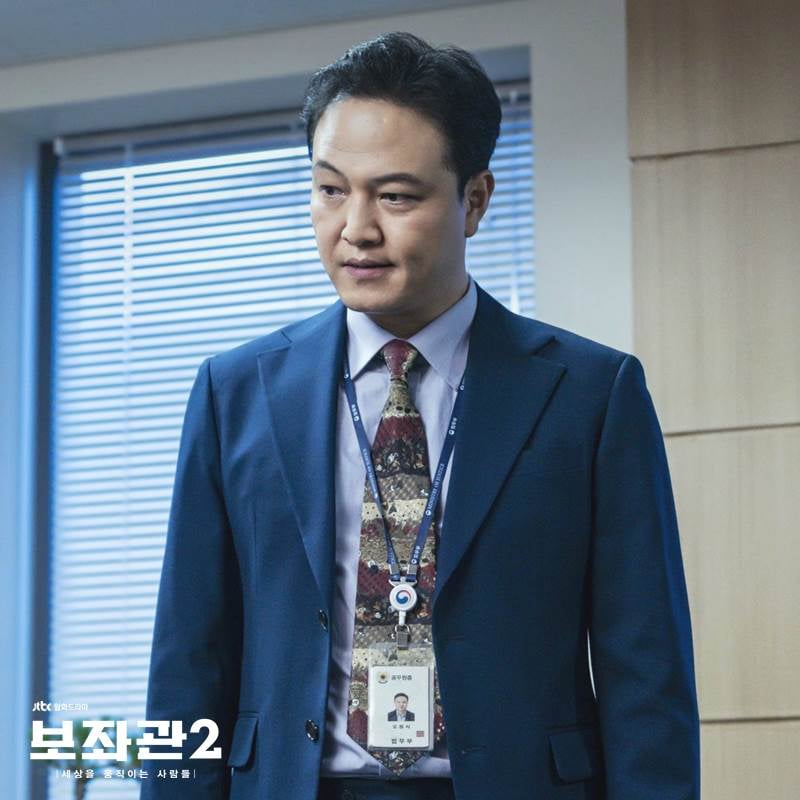 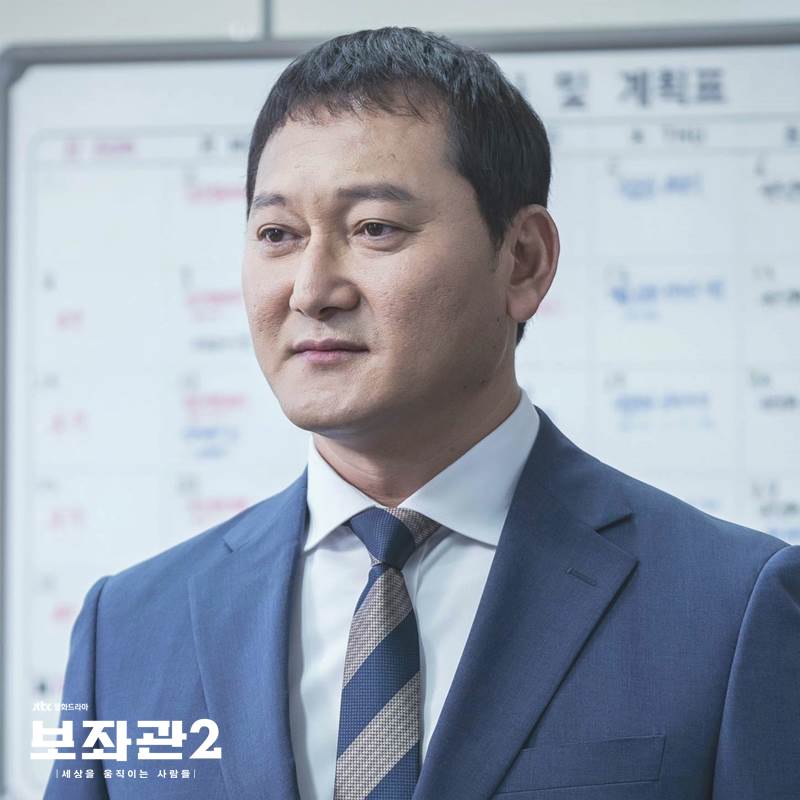 Moreover, a lot of pitiful stories of the common people wrecked the viewers into thinking on what these poor have done to suffer through all of those atrocities. Whenever a move was made, the people who suffered the most were the innocent ones. One example would be when Joojin Chemicals was investigated, the people who had the most to lose were the employees trying to report the company’s wrongdoings.

As for Jang Tae Joon’s journey, he used some wrong processes to reach the position he wanted to. But after accomplishing what he set out to do, he did own up to his mistakes and gave up his privileges. That moment was heartwarming and it made one wish that there are people with similar ideals as him. It also changed Han Do Kyeong’s perspective about him and it is worth watching to see him stating his acknowledgement. 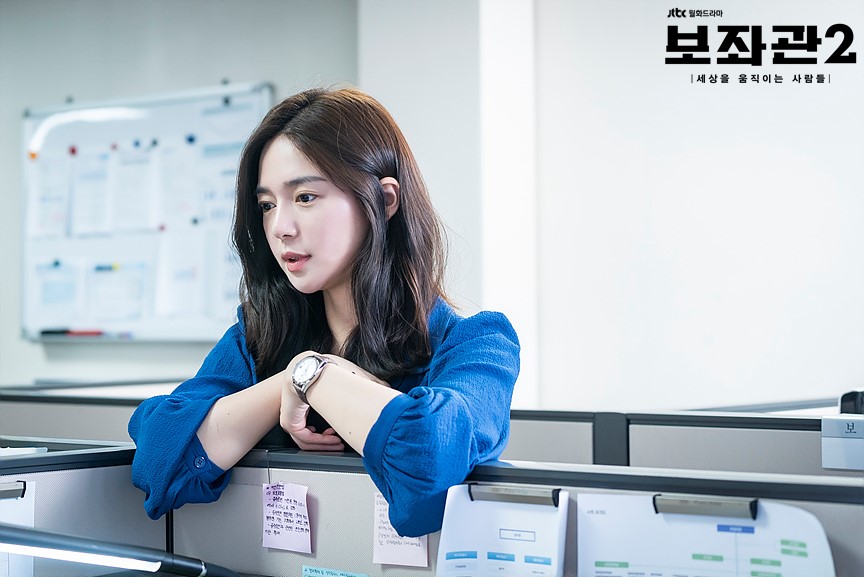 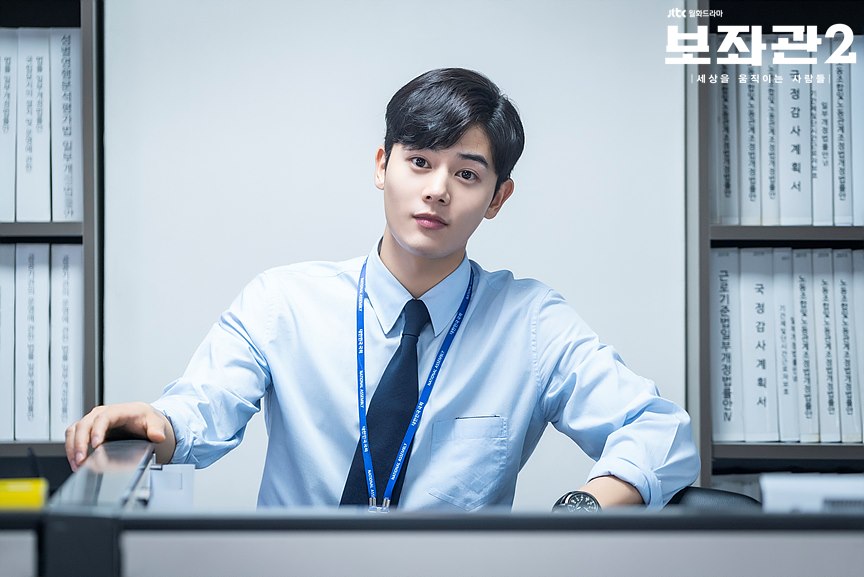 The consistent power struggle as one party tries to surpass the other with their strategies added to the unpredictability of the narrative. Character were forced to connect with ulterior motives. Thus, with none of them being loyal, they were forced to hold alliances for each of their mutual benefits.

The protagonists and their opponents balanced each other out as they work towards outwitting each other. While Jang Tae Joon and his people intended to bring down Song Hui Seop by bringing down his support systems, Song Hui Seop attacked back on using his weaknesses.

The constant urge to stay on top of everyone else often led the individuals to betray each other. Such as when Song Hui Seop tried to betray Sung Yeong Gi by using his aide Oh Man Sik as the scapegoat. But then Sung Yeong Gi played his other cards so that Song Hui Seop would not throw him away. 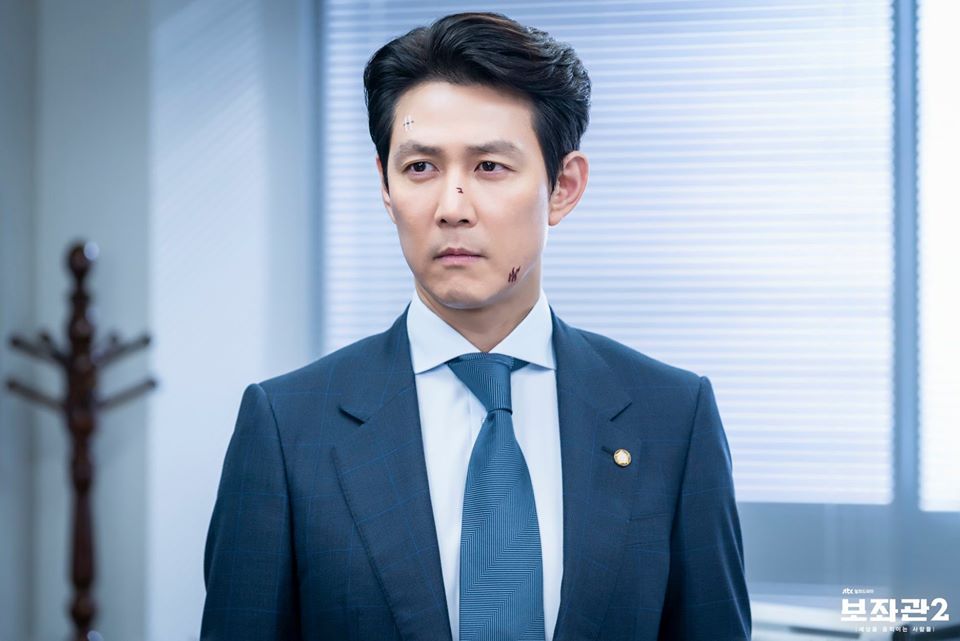 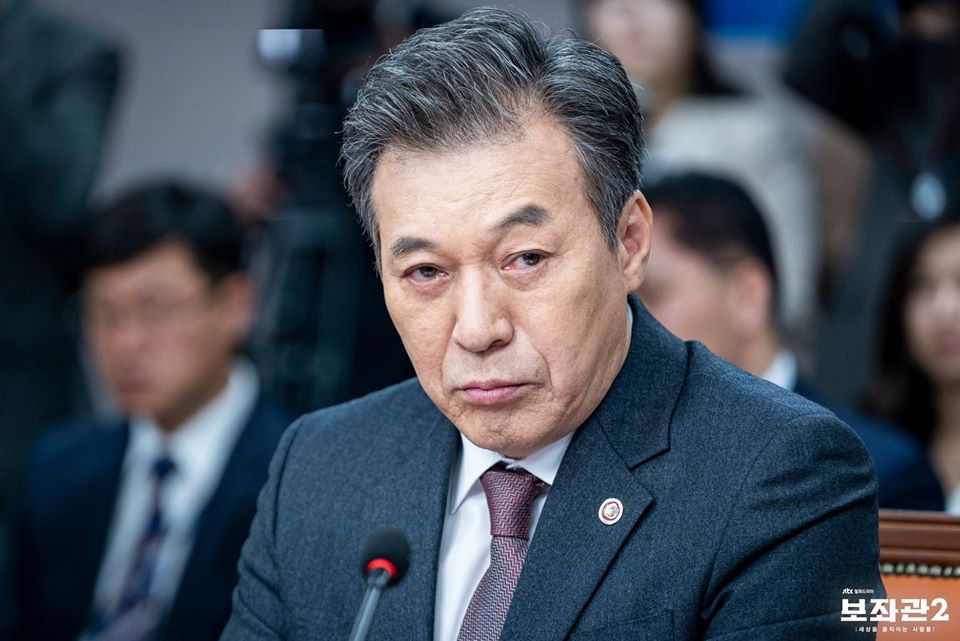 A new twist erupted in every episode of the story, hence shifting the power dynamics. There has not been a single moment when a single party has dominated. Everyone holds a card against the other which they will play when the right moment comes. When Jo Gap Yeong refused to side with Song Hui Seop, he brought him down by surfacing his bribery scandal.

The entire power struggle was a ruthless game. A moment of weakness and the opposition would pounce to attack.

In a world dominated by men, the drama managed to characterize powerful women characters. As much as Jang Tae Joon has a role to play in making a dent in the corrupt system, it would not have been possible if he was not supported by Kang Seon Yeong and Yun Hye Won.

Kang Seon Yeong became an assemblywomen to empower the weak and minority. She was more empathetic and has a stronger sense of duty and justice as compared to Tae Joon. There were moments when she could have faltered given the circumstances but she held on strong. While, Yun Hye Won and Lee Ji Eun who are aides to Jang Tae Joon and Kang Seon Yeong respectively, too are sharp-witted and has their own ideals. 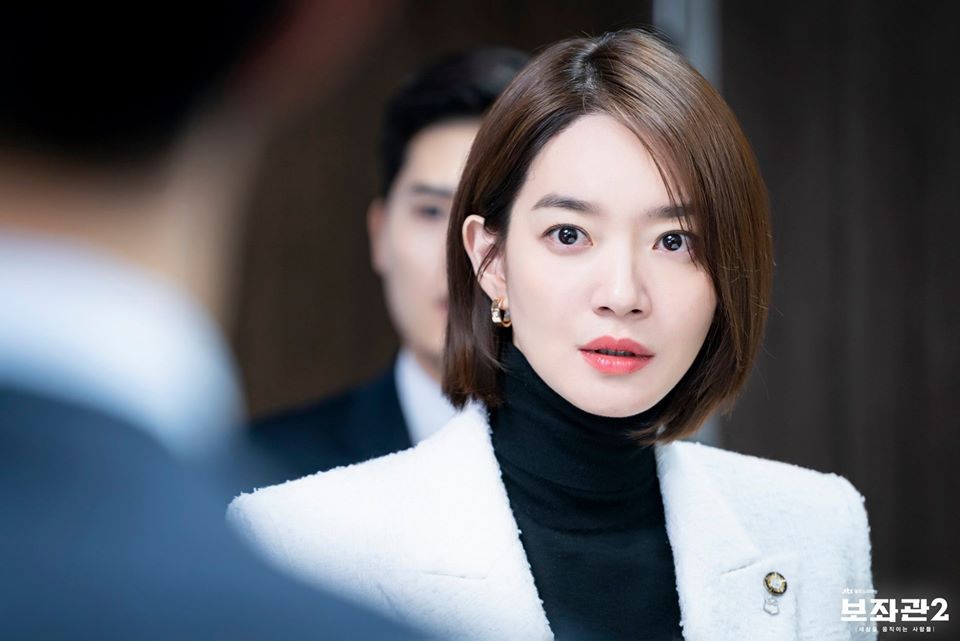 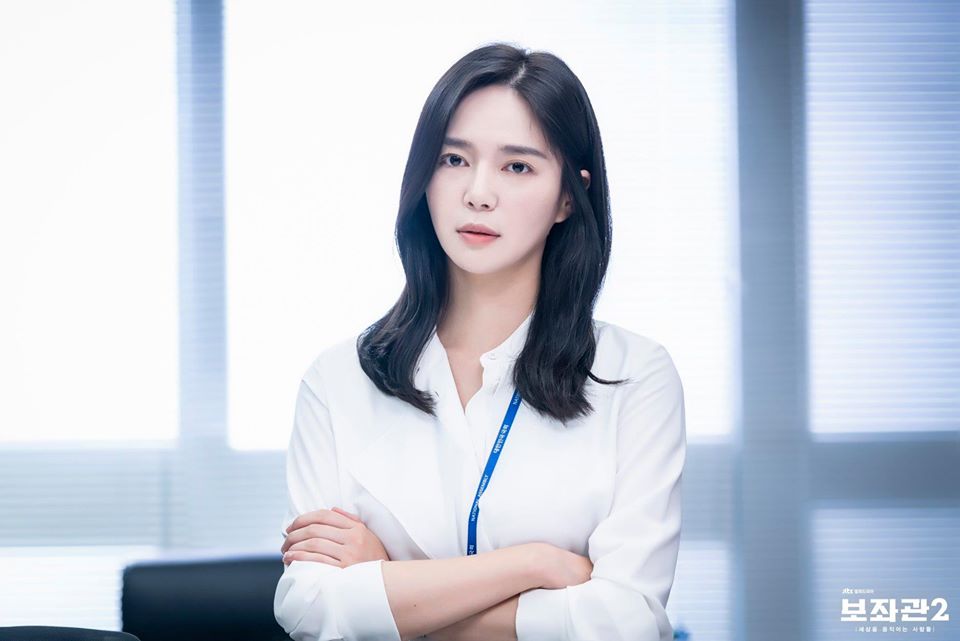 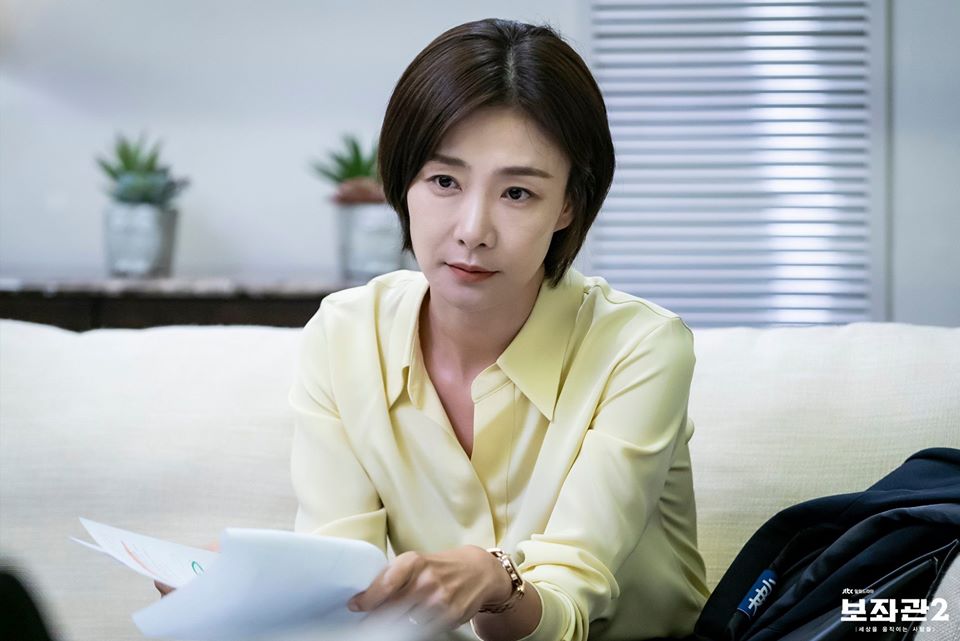 A wife and a mother of two children is dedicated as much to her work as she is to her work. Hye Won has been extremely loyal and the moment where she decided to turn herself in to save Tae Joon was admirable. It was because she believes that he still has a long way to go to change the system.

Chief Of Staff 2 narrate the tale about the fight to cleanse the corrupt political system. It was easy to complain about how everything is wrong with the world and its surroundings. But it took a lot of courage to put up front and work towards changing the world. Also, one must be prepared to bear with some losses as well if they are to change the system.

The drama showed the depths of ugliness in the political background but, on the other hand gave hope too that with courage some wrongs can be corrected. With its unpredictable plot and excellent acting by the actors, the drama kept the viewers at edge and glued to their screens.

Until the end of the last episode, it was impossible to predict which side will emerge as victorious. Blink once and the viewers will miss out on the key intricate details which is the beauty of this drama. The drama indeed shone with its well-sketched characters.

Chief Of Staff 2 was about taking some calculated risks with the continual belief that it is possible to bring a change. Jang Tae Joon took upon himself an arduous task but he did chance upon some good people who hold the same beliefs as him.