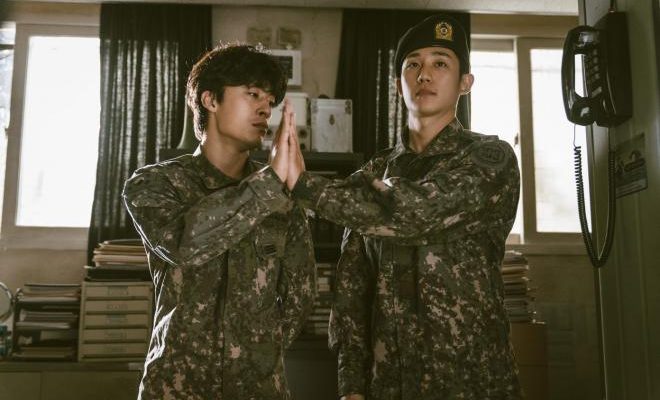 Qualifying military service rule-breaking that is deserving of a reprieve is generally what was tackled in D.P.

Depicting military life grievances from the perspectives of the military deserters and the special team tracking them, D.P. explored the ugly experiences that led soldiers to leave the military camp.

Private An Jun-ho (Jung Hae In) and Corporal Han Ho-yeol (Koo Kyo Hwan) are tasked to chase after military soldiers who deserted their posts. All the while, they become emotionally invested in the motivations of the AWOL soldiers in escaping the military ground.

Some have people they want to protect, some are bullied by senior soldiers, and some desperately want to change the harrowing corruption and unfairness that is seemingly unable to cease in the organization. 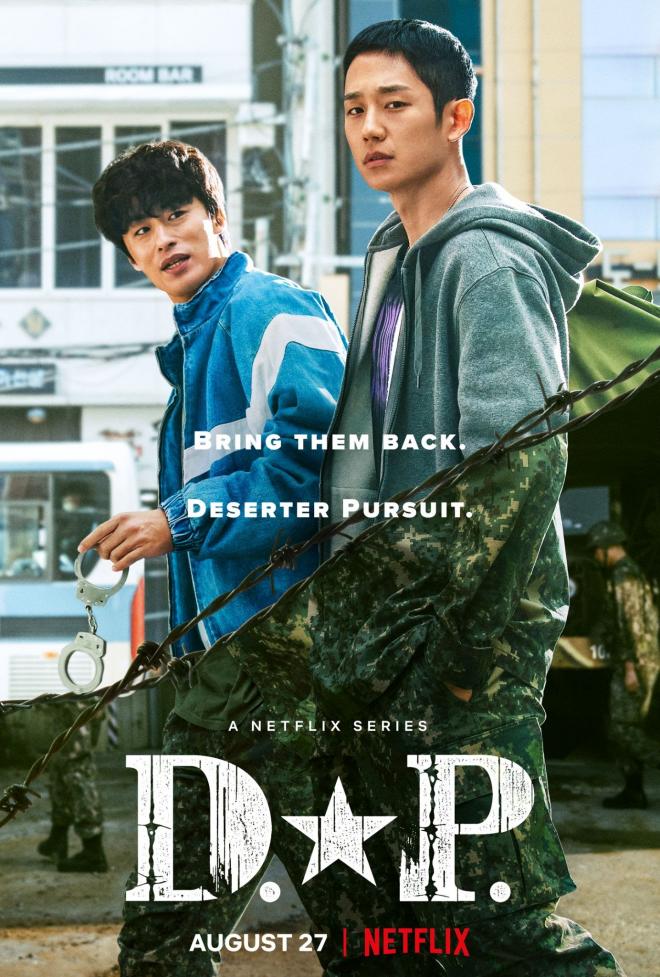 Portrayal and story-wise D.P. meets a gratifying drama experience for its six-episode run. Pretty much everything that was promised by the lead stars and director at the recent press conference was really captured in the series.

Jung Hae In is superb in his role which shows his growth from always holding back his emotions to understanding where he can put his life’s purpose. Likewise, Koo Kyo Hwan really brought in the zest to the relatively depressing situations featured in the story through his comedic antics.

Living a decent but repressed life, Jun-ho interestingly enters a new life of tracking fellow soldiers who left their posts. At the same time, he also nurses personal trauma that involves his family – specifically his inner rage towards his father who physically and emotionally abuses his mother.

The gripe for her mother’s pain and guilt for not being able to help have burdened him. Thus, conditioning him to become passive and indifferent.

Thankfully, the experiences he gained from pursuing deserters slowly thaw the wall he built to his mom, whom he cannot blame for being relenting and accepting of his father’s beating. Honestly, D.P. felt like a long movie that did not swerve to its topic of bringing back military deserters and listening to their reasons why they had to do it. Hence, the six episodes are really enough to bring its flavor, lengthening its run is unnecessary. Scoring a striking final episode also made the message of the story piercing. D.P. is now streaming on Netflix.