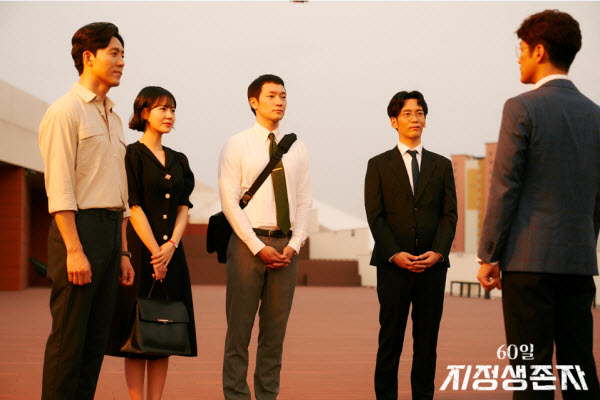 Park Moo Jin’s leadership skill was tested to the core, but proved he was indeed the best man for the job.

Designated Survivor: 60 Days was such an engaging political drama to watch. Though most of the plot followed its American source, it did not diminish the overall appeal, hence capturing viewers’ attention. Every episode was packed with tension and adrenaline – the essential elements needed for a binge-worthy drama. 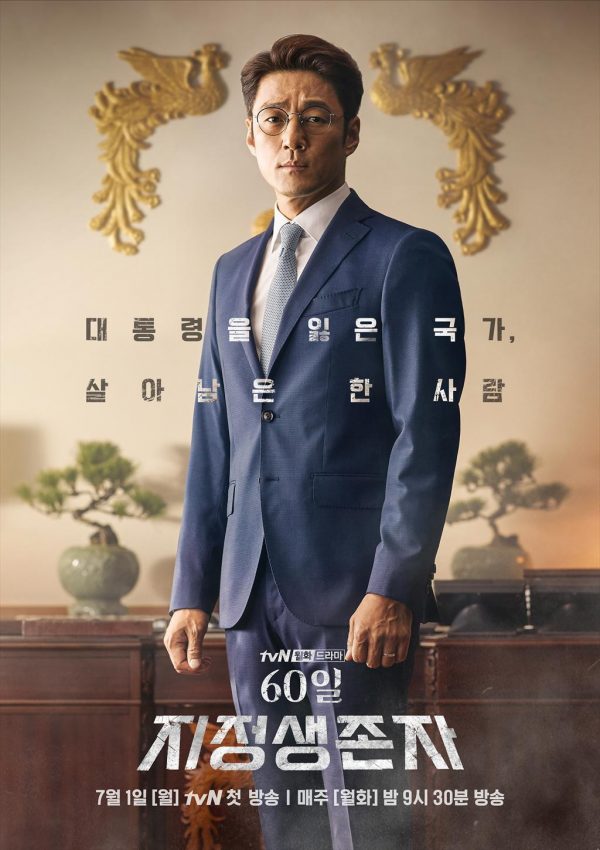 Ji Jin Hee, the rest of the cast and production crew all deserved a pat on their back for a job well-done in adapting this series. They definitely gave viewers one of the best dramas of 2019.

The bombing of the National Assembly building caused the demise of the elected President and his cabinet members. Park Moo Jin is forced to step up to lead a country shaken by the tragedy. While citizens reeled from the incident, they demand for answers. Now, the country’s fate rests in the hands of an academic and Environment minister. Though reluctant, he has no other choice but to take over the highest political seat. 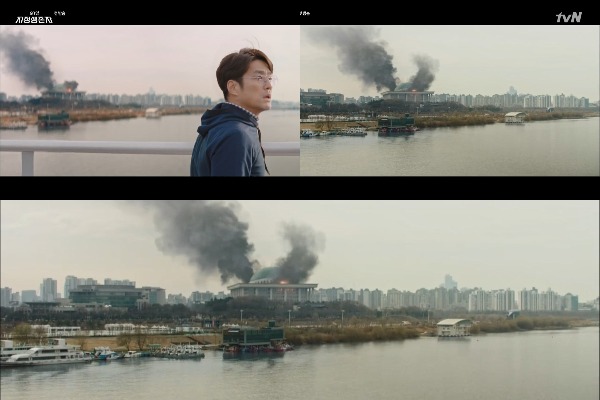 Faced with the huge responsibility and problems that came with politics and the Presidency, the Acting President relied on his morals and beliefs. With his lack of political experience, the people inside the Blue House doubted his abilities. However, as the only successor, Park Moo Jin embarked on a sixty-day journey as South Korea’s interim President.

Despite the manner in which he became the President, he slowly built a reputation as an honest and capable leader. He eventually gained the support of the very same people who doubted him. However, when things were just looking up, he soon discovered that his enemies were a lot closer to him than he thought.

Designated Survivor: 60 Days was the Korean remake of the US television series (Designated Survivor). Majority of the drama’s story line followed the structure of the original. For those who have watched the US series (like I did), a lot of the things were familiar. Usually this kind of strategy could spell a disaster if the writer doesn’t know what he or she is doing. Fortunately for this drama, writer Kim Tae Hee was clearly adept. She managed to fuse the familiar scenes into the Korean setting, giving the drama its distinction. 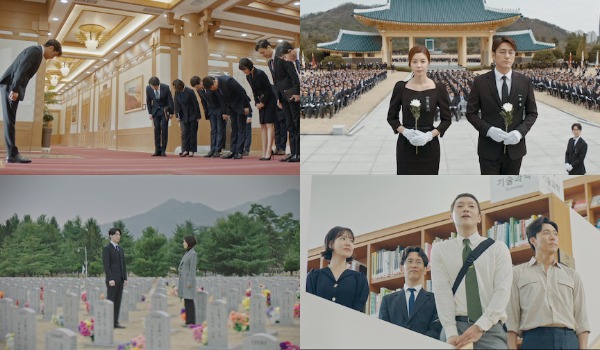 The conflicts in the drama captivated viewers as they were timely, relevant and closer to home. The series have highlighted contemporary issues that citizens can fully relate to such as the country’s fragile relationship with the North. It showcased the government’s efforts in strengthening intentional ties. It shed light to economic and environmental concerns as well as personal matters.

All of which were packaged neatly and given enough spotlight that it gave an understanding on how complicated and tough it was to be at the center of all these issues. It gave a glimpse on the side of politics that the citizens are not usually privy to making us realize the significance of our leaders’ decisions.

Another testament to the drama’s great writing is the development of the characters. While Ji Jin Hee’s Park Moo Jin showed the most growth among the characters, it must be mentioned that the supporting roles had their fair share of character development. Park Moo Jin started as a reluctant leader and with his inexperience, Blue House employees saw this as a major flaw. They doubted his ability to make tough decisions and rule, even for just a short period of time. 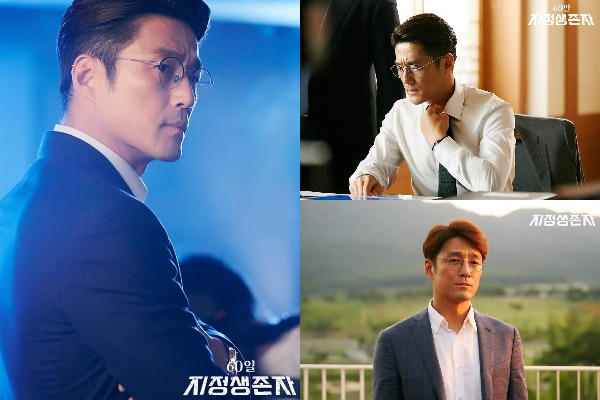 However, as days went by, he was able to show that he was up to the task. It was fascinating watching him grow and exercise his authority. He learned to navigate his way through the murky and complicated world of politics. He learned to play the game, so to speak, without compromising his moral values and staying true to his character. Ji Jin Hee worked wonders in giving life to the character of Park Moo Jin.

The characters, who worked closely with Park Moo Jin, also developed for the better as well. They were initially unsure of him but later realized he had what it took to handle the job. Cha Young Jin (Son Seok Koo), who was one of the people that could not take him seriously while he was working as Environment Minister, became the first one to fully believed in him. Son Seok Hoon did an amazing job in showcasing the changes in Cha Young Jin. 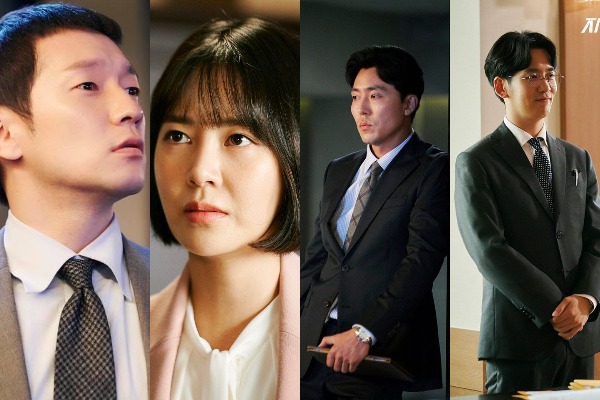 Kim Nam Wook (Lee Moo Saeng), who saw himself as a lesser individual than his colleagues due to his background, learned to trust and believe in his abilities. Park Moo Jin caught him by surprise when he gave him the job as Press Secretary, thinking he could not do a better job. However, he took on the task and excelled in it.

All the characters portrayed their roles to the best of their abilities and breathed life to individuals that we might have a rare chance of meeting in real life. They made their characters believable, making it easy for the viewers to root for and empathize with them. 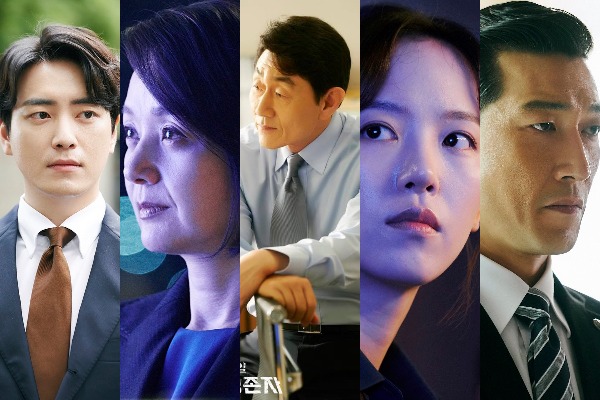 Designated Survivor: 60 Days was such an exciting drama to watch. For someone who had the chance to watch the original series, I came to watch with some expectations. I was so glad it did not disappoint. While there were a lot of scenes derived from the US TV series, the writer was able to incorporate the signature Korean feel to it, making the scenarios stood out and fit in the setting.

Each week, the drama gave viewers quality episodes that you could not help but anticipate for the next one. The conflicts, centered in politics, showcased not only the complexities but also gave us a peek at the happenings inside the government, and its policy and decision makings. Indeed more often than not, we blame our leaders when things in our country and communities are in disarray. 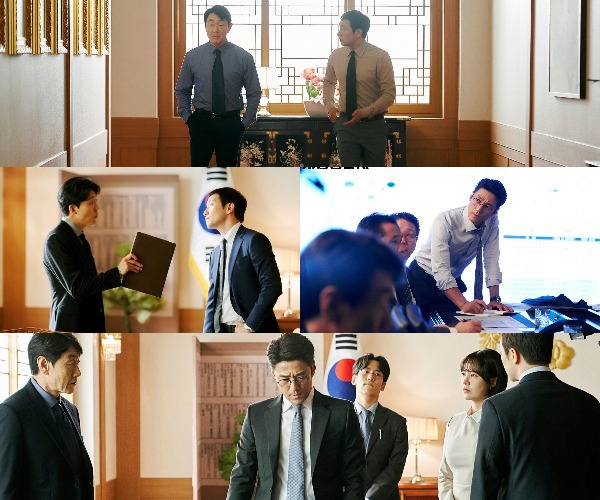 We are quick to blame them when prices go high or when the unemployment rate soars. We say nasty words pertaining to them when we experience inconveniences. Mostly we felt they are responsible for everything that we tend to overlook the reality that there are a lot of factors affecting these situations.

We tend to forget that government people are humans too and are capable of feeling emotions. While not all are as honest, good and upstanding as Park Moo Jin, there are those who want to lead like him. Though the series are mostly fiction, the scenarios may likely reflect real-life situations. 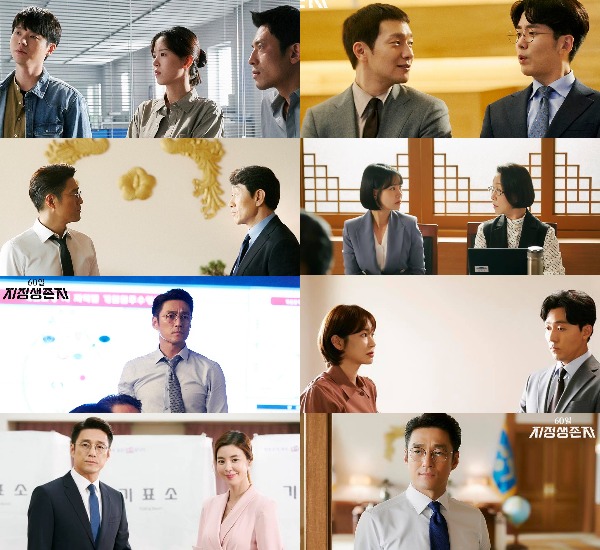 We can only hope for a man of Park Moo Jin’s integrity to hold the highest government seat and lead a nation. Designated Survivor: 60 Days also gave an inspiration that amidst the greatest of all adversities, human beings can still thrive, and in the hands of a capable and strong leader, things would eventually brighten up.

Arguably the most difficult of all jobs, the Presidency is definitely not for the weak of hearts. People who can assume this role should be tough. They should be capable enough to face difficult challenges while remaining true to the promise of serving the country and the people.