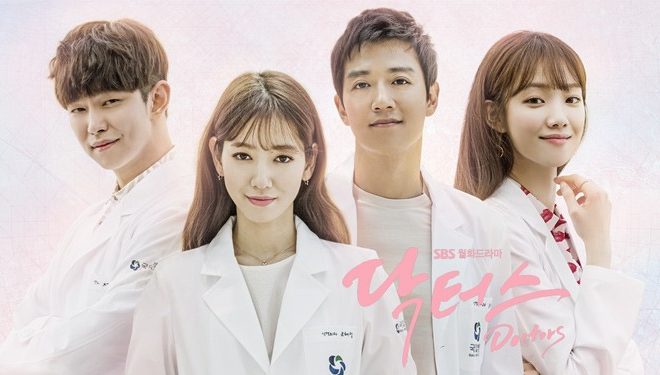 In 2016, the sweet pairing of Park Shin Hye and Kim Rae Won sprung a once in a lifetime love story in SBS drama, Doctors.

Profoundly sweet and inspiring, Doctors gives a heartening dose of life lessons about growth we wanted to keep close in your hearts. 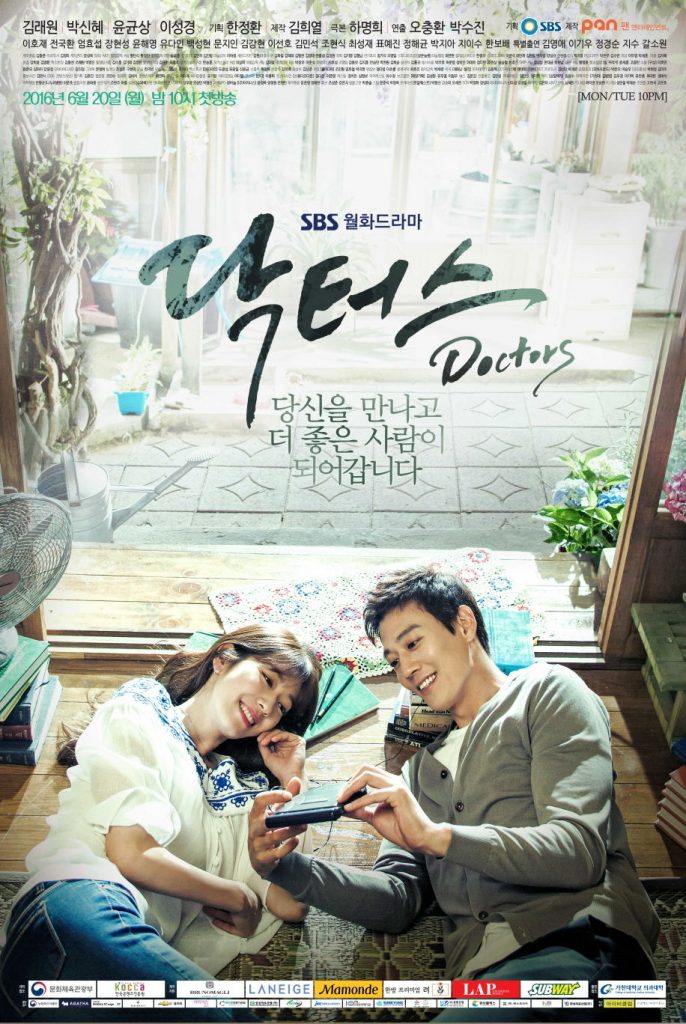 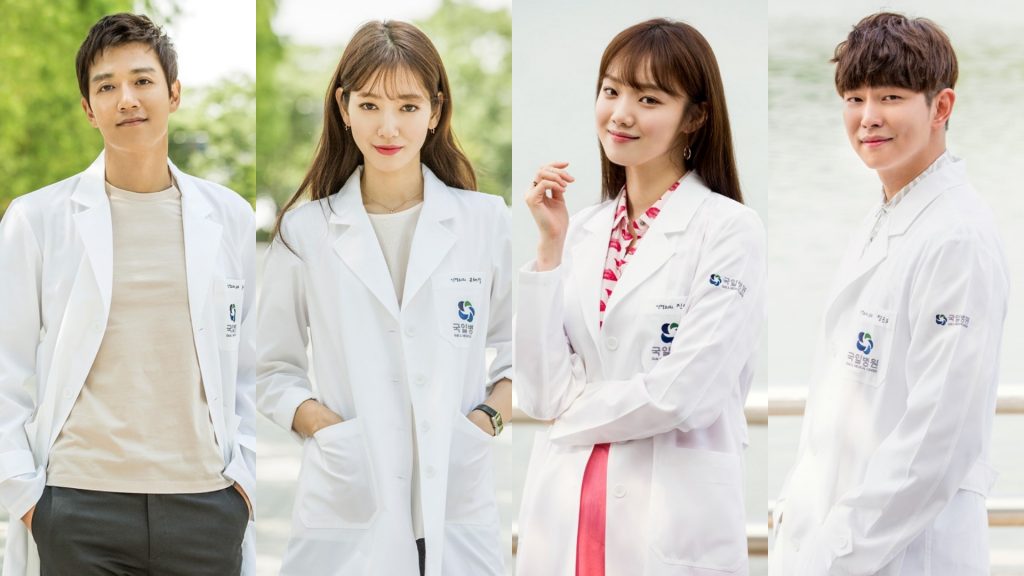 Yoo Hye Jung (Park Shin Hye) is a wayward high school delinquent who came from a harsh background. Lacking from her parents’ love and affection, Hye Jung grew up as a troublemaker. Due to her childhood scars, Hye Jung struggles opening up to people even to her closest ones.

However, soon as she cross paths with Hong Ji Hong (Kim Rae Won), who later became her teacher and mentor, Hye Jung changes. She transforms from being a hopeless teenage girl into a compassionate neurosurgeon with a well-achieved career. 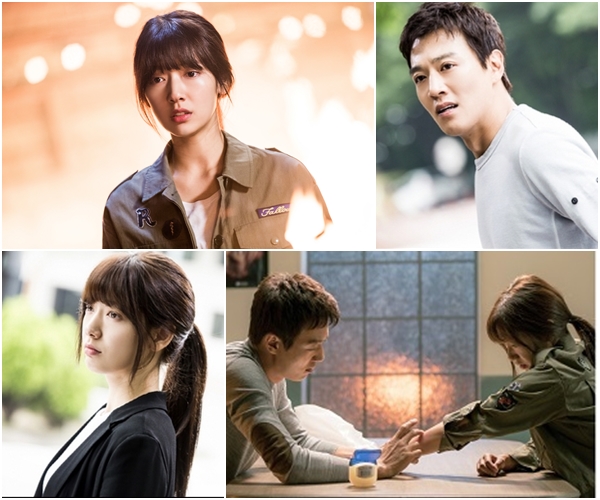 Though having a prosaic plot makes it not an engaging watch for some, nonetheless, it scores high by giving importance to raw human emotions. The mentor-mentee relationship between the main leads spawns a whole new kind of watching experience. This is mainly because of the degree of maturity in relationship the two have.

It is not the usual save-me-from-my-mess female lead trope. The heroine instead embraces the hardships that come her way as means for her growth. Meanwhile, compared to the typical egotistic and emotionally infantile male lead trope, Hong Ji Hong is a total game changer.

Despite having tragic and miserable pasts, they grew up completely gentle and warmhearted –  far from the unfair treatment they received from their own relatives in the past. They always make way for things that matters for their personal growth – career, romantic relationship and family.

The lessons it conveys is way remarkable and meaningful. Most importantly, it exposes the negative effects of experiencing the harshest things in life.Yet again, it still reminds that good things and beautiful moments will come. 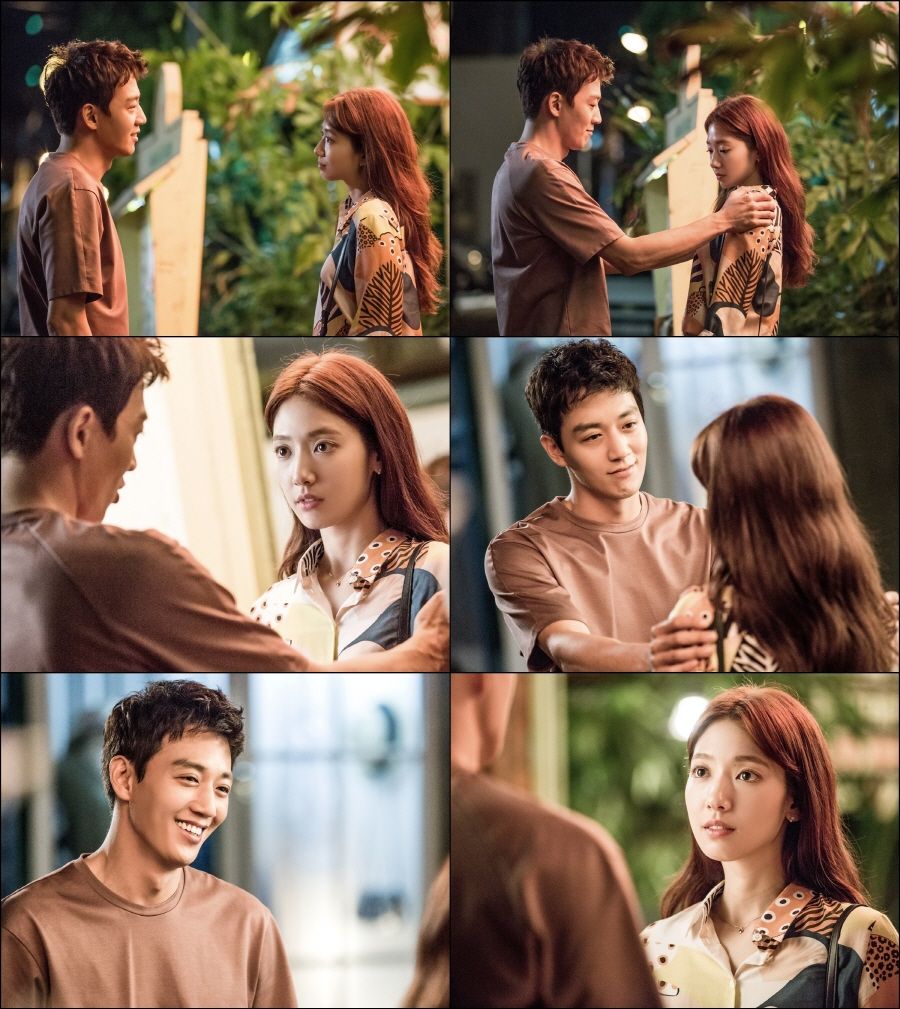 Here are some of the characters’ hard-hitting yet inspiring messages:

Don’t try to be a person someone likes. Become a person you can like. -Hong Ji Hong

This quote reminds us that we should live based on our own means and standards. More importantly, it wishes to say that the we should live our lives not for other people but for ourselves. To become a person of our own requires acceptance and courage that only us can provide.

Seo Woo (Lee Sung Kyung) struggled due to her manipulative parents and became a person she, herself, hated. But soon as she learned to live for herself and break free from the standards set by her parents, the burdens in her heart cleared out. 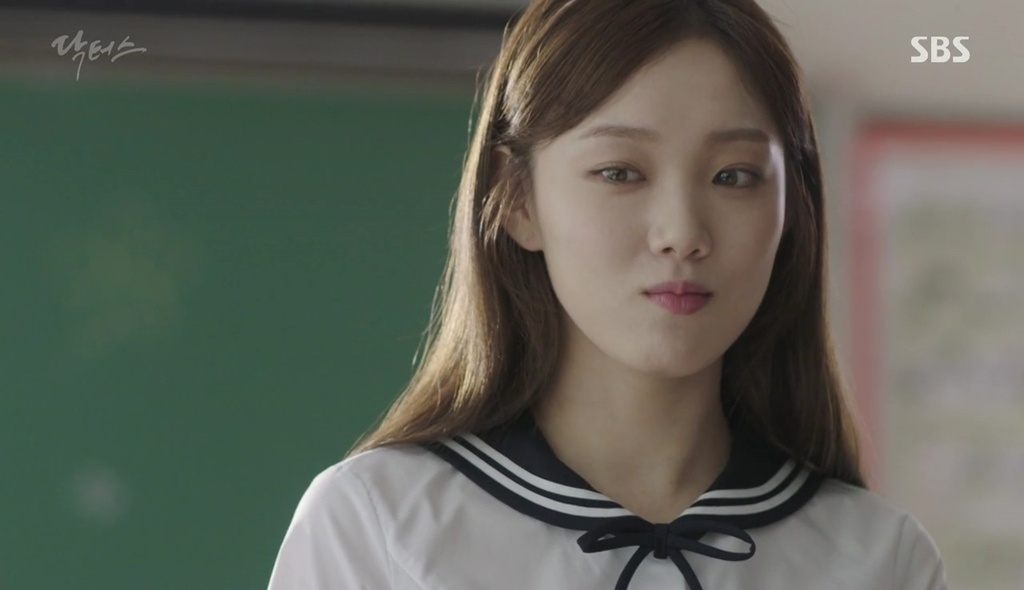 “Life is not about waiting for a storm to pass but learning to dance in the rain.” -Hong Ji Hong

An original quote from Vivian Greene, Hong Ji Hong enlightens everyone through these reassuring words. In life, unfortunate and difficult things happen, but like storms, it will soon pass in due time. The true meaning of life is looking for the good things we can get from experiencing such struggles. It gives a beacon of hope that life should and will still goes on, and that we should go with the tide.

The scene where Ji Hong and Hye Jung is on a date when it suddenly rained. Sheltering on a telephone booth, Ji Hong invited Hye Jung a dance under the rain. Through having similar circumstances, both became each other’s comfort and safe haven. Instead of being pessimistic, they learned the power of optimism. Both learn and grow on their own while having each other’s back. 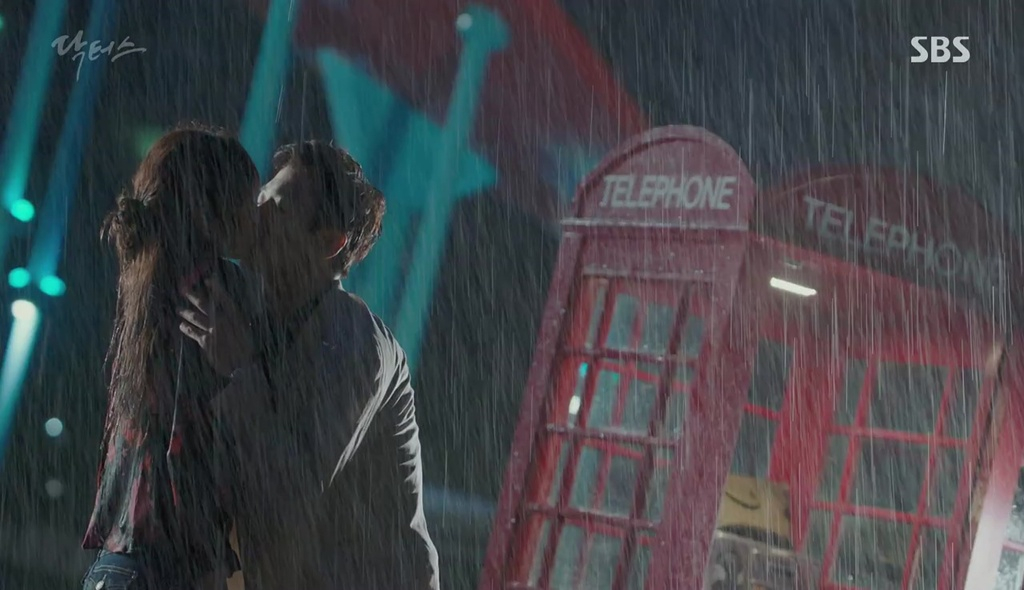 “It’s not always your loved ones that mend your wounded heart. It could be one of the people whom we cross paths with” -Hong Ji Hong

Wounds are quite ironic. The exact wound a person has can heal someone else’s wound. Same goes the other way around with healing other people’s wound through your own wounds.

When Hae and Dal’s father (Nam Goong Min) is about to end his life, Hye Jung related herself with him. Through the certain words rooted from her past miseries, Nam Ba Ram regains hope and strength to fight for his two sons. 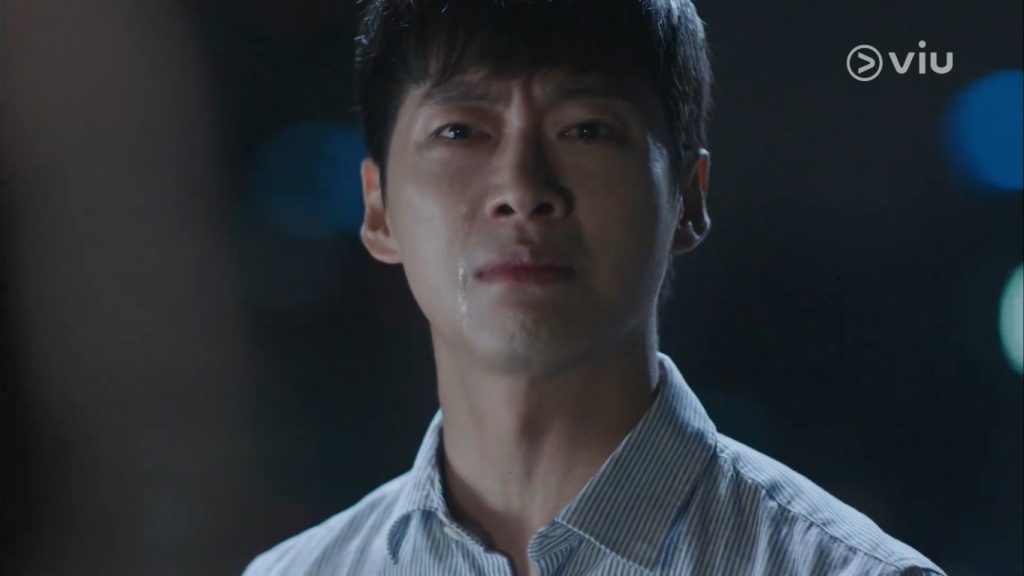 Kim Soo Chul (Ji Soo) and Hye Jung first met each other at a nightclub by chance. Having his first glance to Hye Jung, Soo Chul made his moves on her. Completely unimpressed with the strong and attractive guy, Hye Jung spurned him.

But, as the saying goes, “looks can be deceiving”, Soo Chul turned out to be caring and gentle, far from his brusque manner of speaking and bad boy looks. As Hye Jung starts relying on Soo Chul, they naturally became friends. However, after the death of Hye Jung’s grandmother, they lost contact. After thirteen years, when Hye Jung is now a neurosurgeon, Soo Chul appeared as a proud father of his son.

The two decided to catch up the years they have missed being together through a lunch out. Suddenly as they are on their way, Soo Chul got hit by a car. 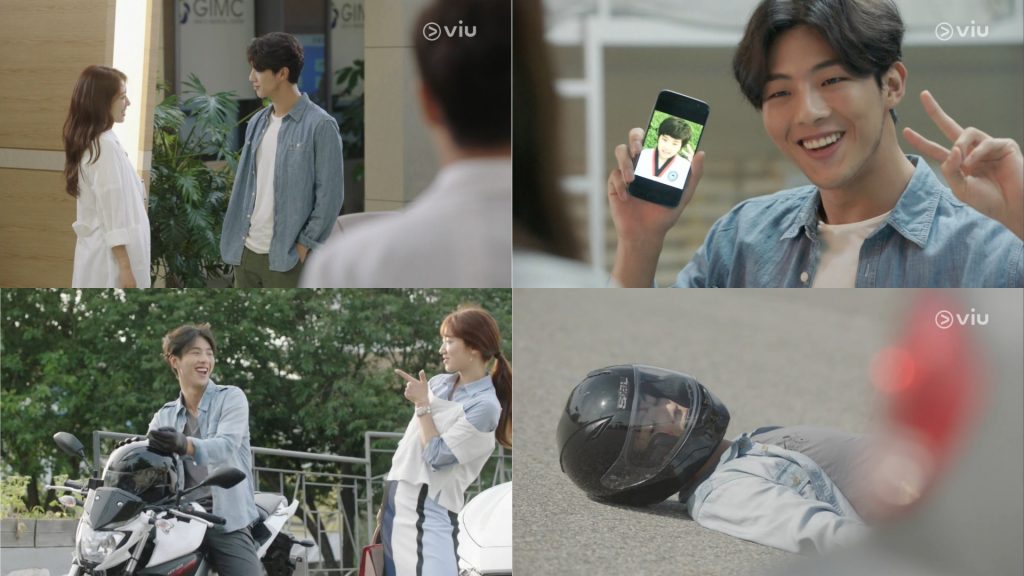 As expected from the outstanding actor, Nam Goong Min’s cameo stood out for me the most. The hardworking single dad plot had me in bucket of tears.

His two sons suffer from different disease at the same time. Due to life burdens; being physically exhausted, financially unstable, and having two sons to take care off, he opted on committing suicide. Later on, he recovered from his unfortunate situation and by the help of Hye Jung, he found hope in living for his sons. 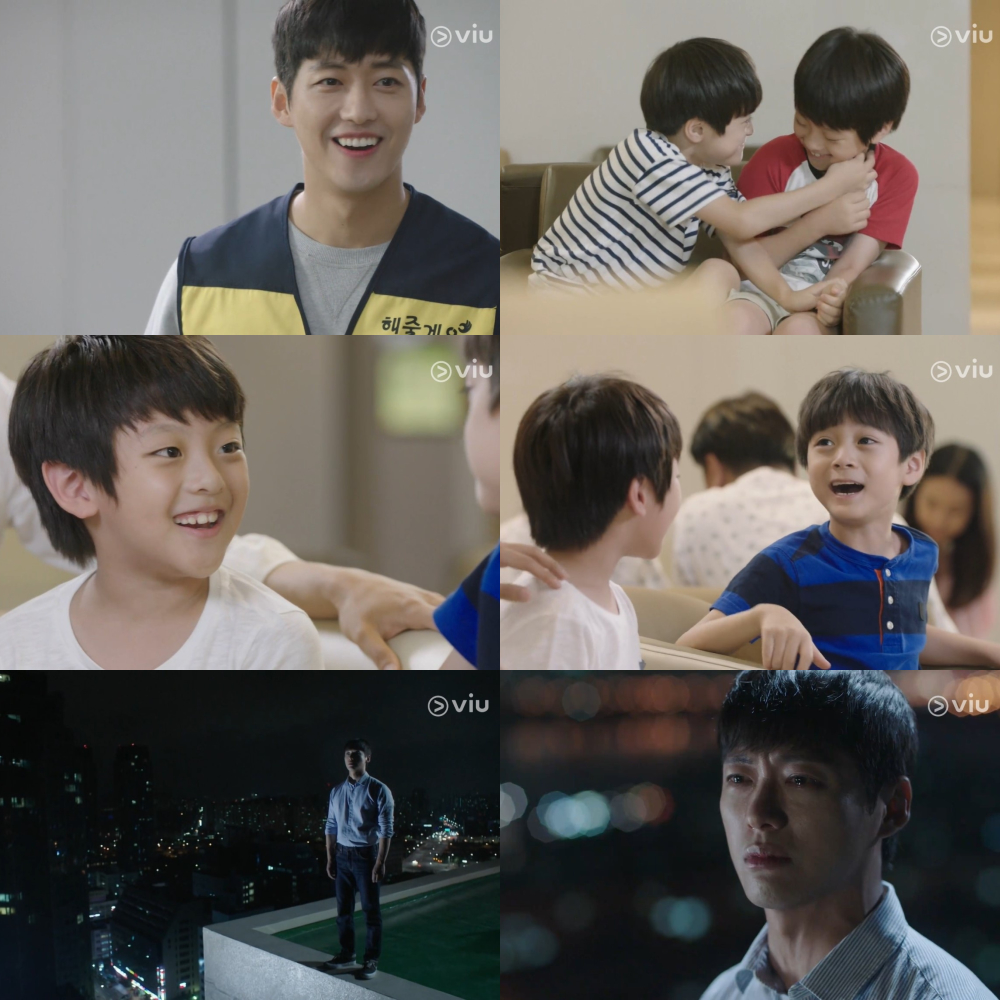 Kim Woo Jin was with his wife on their way to their wedding when they suddenly get caught in car accident. His wife who was completely unconscious, was pregnant. Later on she suffered semi-coma.

Though the obstetrician confirmed that the fetus was healthy, the injuries her wife received from the accident are too severe. The only thing that Kim Woo Jin held on is his decision to wait until the baby arrive. While his wife is barely hanging, the baby was safely delivered.

As he arrived in the hospital, he witnessed his wife’s vital signs decline. While holding her hands tight, he finally tells her that the words he wasn’t able to say when she was still alive, “I love you”. In a few moments, his wife passes away. 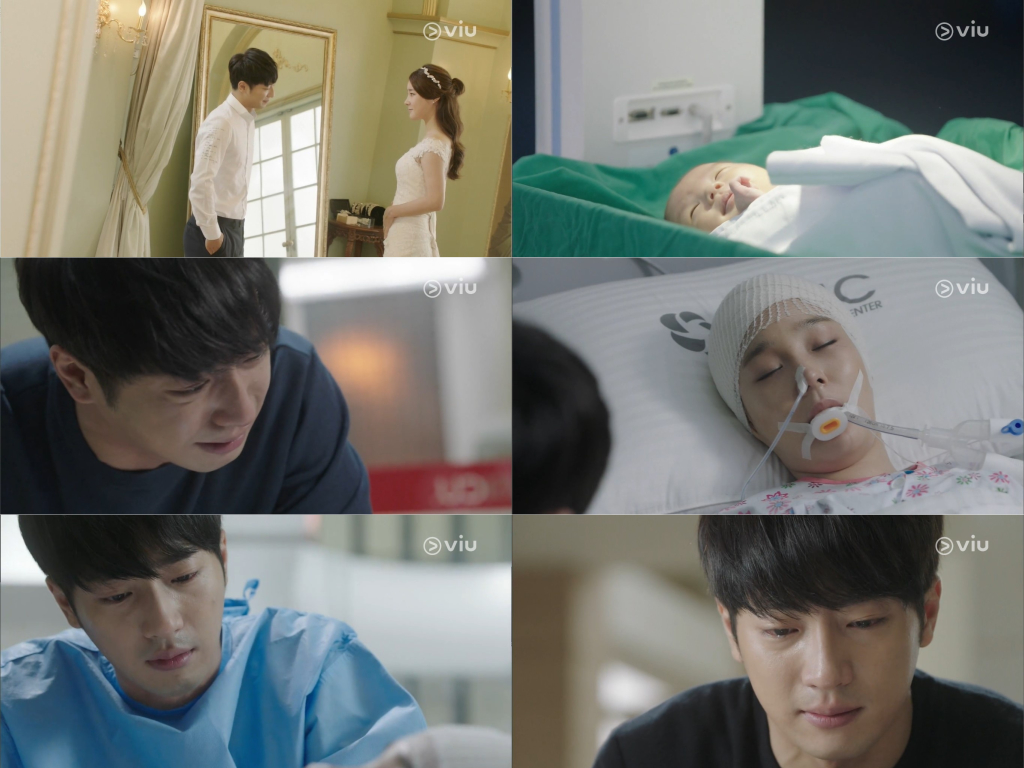 The early episodes of Doctors were full of exciting moments, reasonably crowning the most re-watchable scenes of the show. Fighting a mob of gangsters with bare hands, caught red-handed for stealing, starting a riot in a bar – Park Shin Hye made quite an impression for me.

Although the intensity lapsed in the latter episodes, the episodic patient story line earned its winning points. The heart breaking stories of every patients they came across with taught them lessons which eventually moved the plot forward. 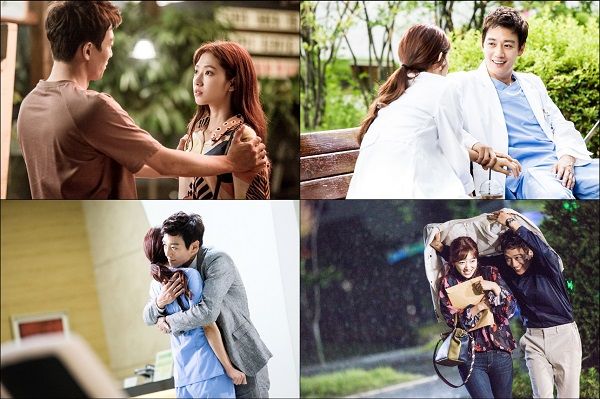 Becoming the driving force of the show, the sweet romance from Park Shin Hye and Kim Rae Won was a sure watch. Since it is not the conventional K-Drama romance mood, with distrustful couples and noble idiocy, the whole concept presented a sensible love story.

Though the initial revenge plot loose its power, the heart-fluttering romance, poignant scenes with a dose of comical breather from the hospital cast members provided relish and satisfaction.

By depicting and interpreting different people’s perspective, Doctors ascertains that a person’s growth depends on what kind of person he/she encounters.

“True relationships can change people. The person I’m involved with can transform my life. That is why people can be both sources of hope and despair.” Yoo Hye Jung

Doctors is available on Viu.