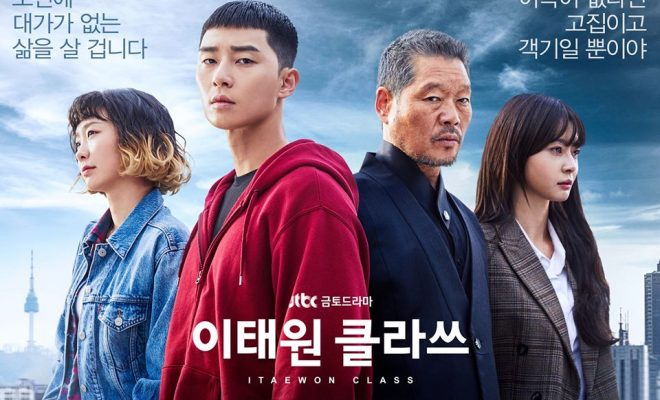 Itaewon Class proclaims that through hard work and strong determination one can achieve their goals.

Amid all the rom-com dramas, or dramas with definite hero and villain characters, Itaewon Class has something different to offer. The drama showcases the harsh realities of life, yet at the same time, inspires to have a resolute faith in one’s own abilities. 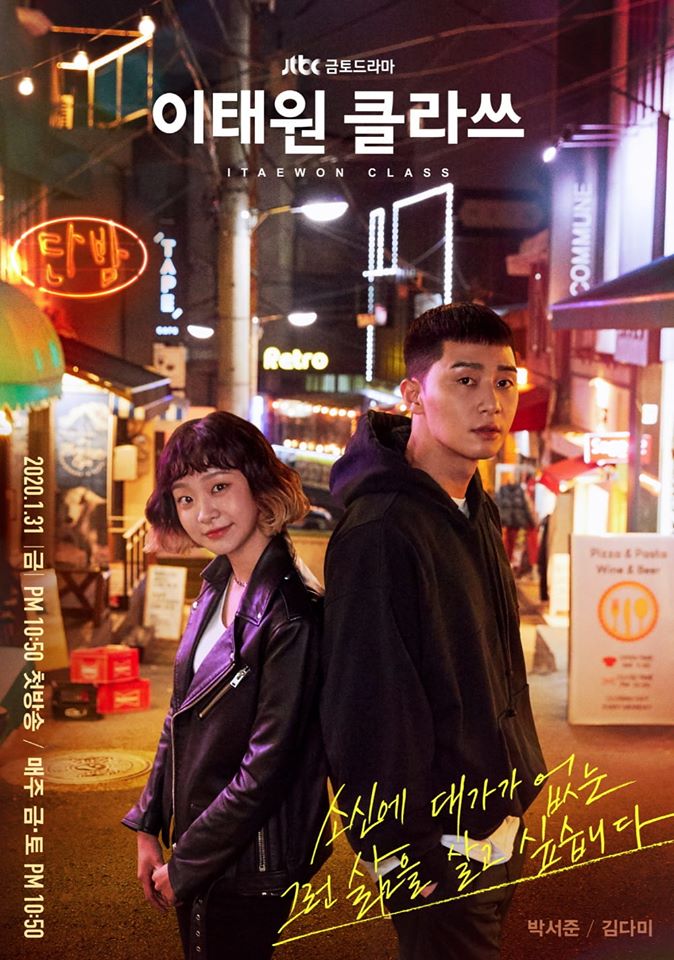 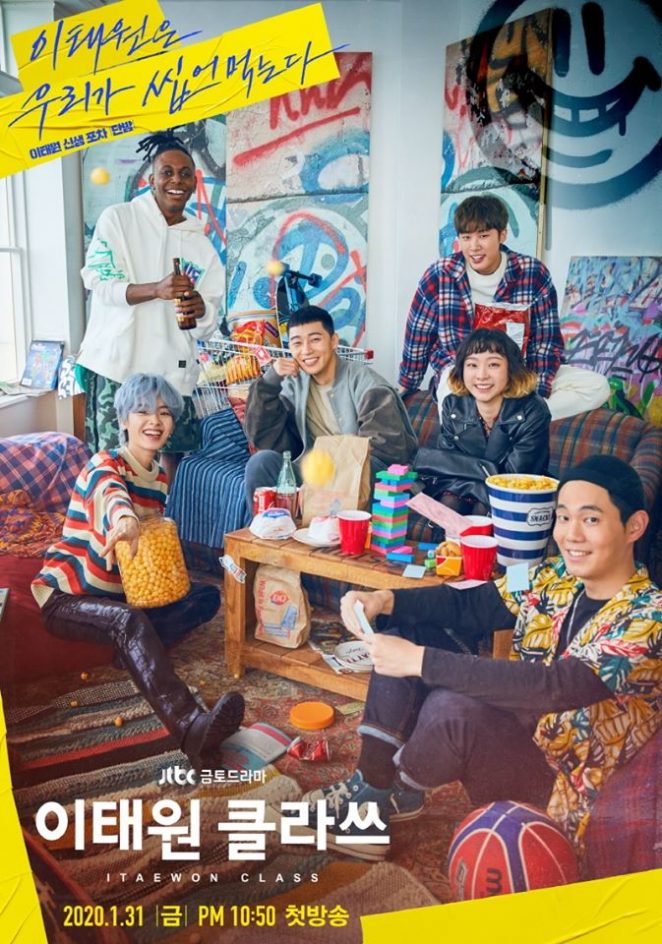 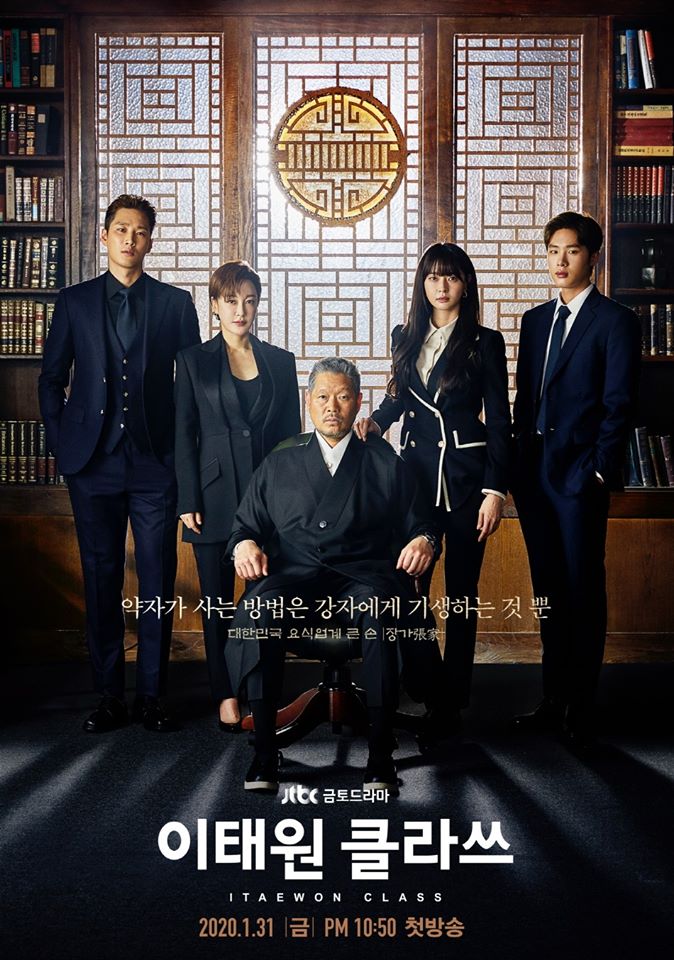 Consisting of by far the most diverse characters, each of them has their own stories, which also has an impact on their positive and negative aspects. Top-billed by Park Seo Joon, Itaewon Class also stars Yoo Jae Myung, Kim Da Mi, Jeon Na Ra, Ahn Bo Hyun, Lee Joo Young, Kim Dong Hee and Ryu Kyung Soo.

Park Sae Ro Yi (Park Seo Joon) is a youth with strong morals and principles. When he sees a fellow classmate getting bullied, he meddles in between in spite of knowing the fact that the bully is Jang Geun Won (Ahn Bo Hyun), son of Jang Dae Hee (Yoo Jae Myung), who is the CEO of Jangga, a renowned company in the food industry, and also his father’s employer. Things escalate and Park Sae Ro Yi gets expelled from the school. But his ill-fated relationship with Jangga was not yet over as Jang Geun Won hits Sae Ro Yi’s father in an accident.

While Jang Geun Won escapes the punishment from the law because of his father’s influence, Sae Ro Yi has had to serve sentence in prison for assaulting Geun Won. Having wronged by Jangga, Sae Ro Yi vows to takes his revenge. He starts a small pub in Itaewon and dreams of becoming the best in the food industry and surpassing Jangga. 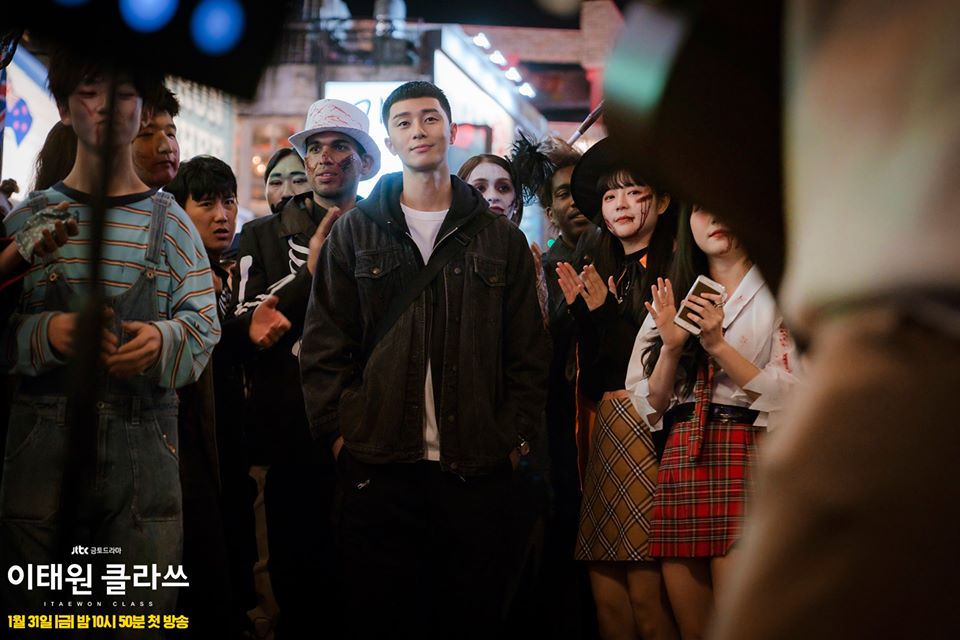 One of the main reason why Itaewon Class is so likable is because of the protagonist Park Sae Ro Yi. His personality is unusual just like his name, and it is difficult to comprehend that such a person could actually exist. Throughout the drama that spans over a period of 14 years, Sae Ro Yi has always put his principles and ideals over anything else. Even in his worst and vulnerable moments he always chose what is right irrespective of how detrimental the consequences could be towards him.

And though Sae Ro Yi may be pushy towards his ideals, he is not foolish. He knew what he was doing when he stated that he will surpass Jangga. While he had received help from various people, it was Sae Ro Yi’s personality that made these people put their bets on him. Also, the same reason why Jang Dae Hee was bothered by him. 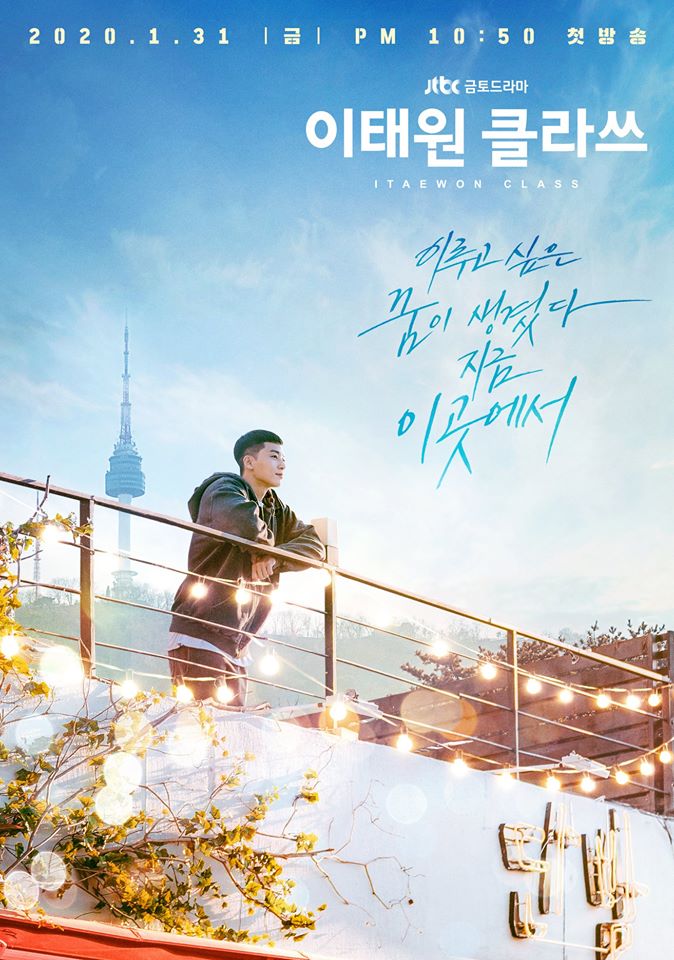 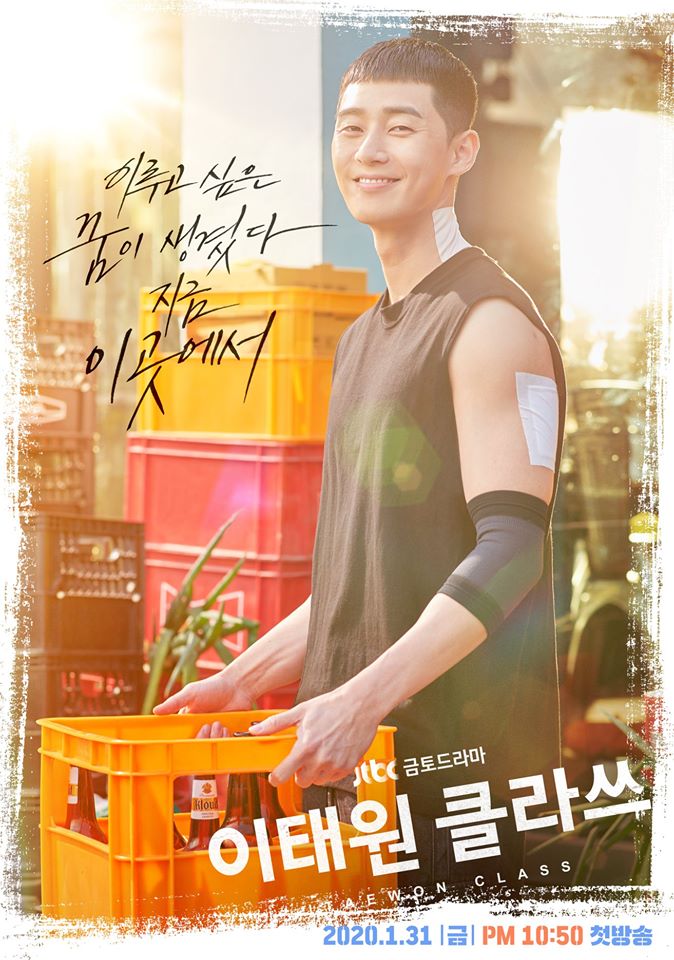 Park Seo Joon proves his versatility as an actor with his role as Park Sae Ro Yi. He makes us suffer while his character goes through anguish and make us smile when his character triumphs.

The other cast members too draw attention with their daunting act. Ahn Bo Hyun is totally despicable as Jang Geun Won. And when we thought it could not get worse, Kim Dong Hee who plays Jang Geun Soo completely surprises us as he transforms from the kind, innocent kid to a ruthless person. 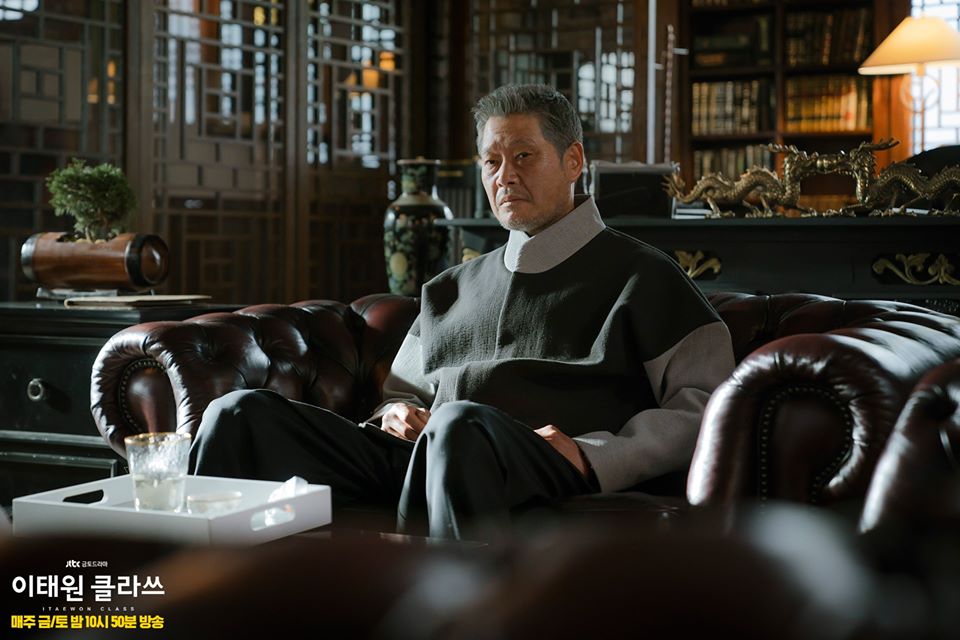 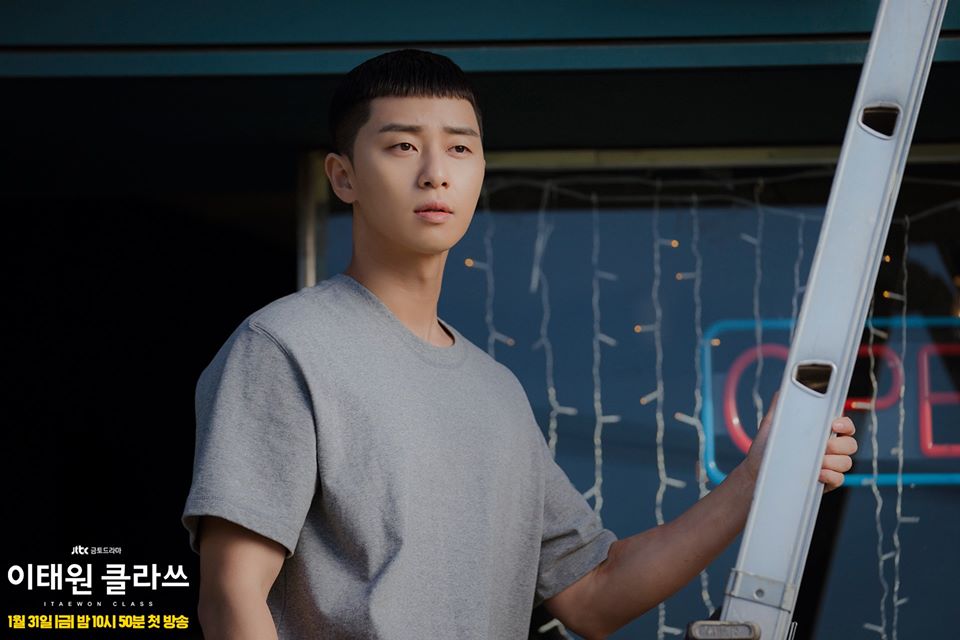 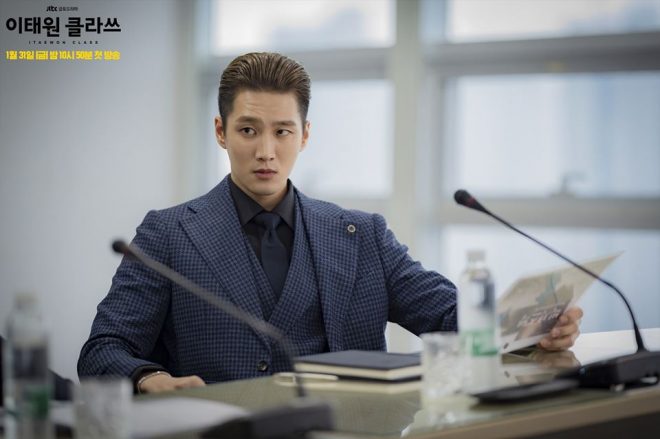 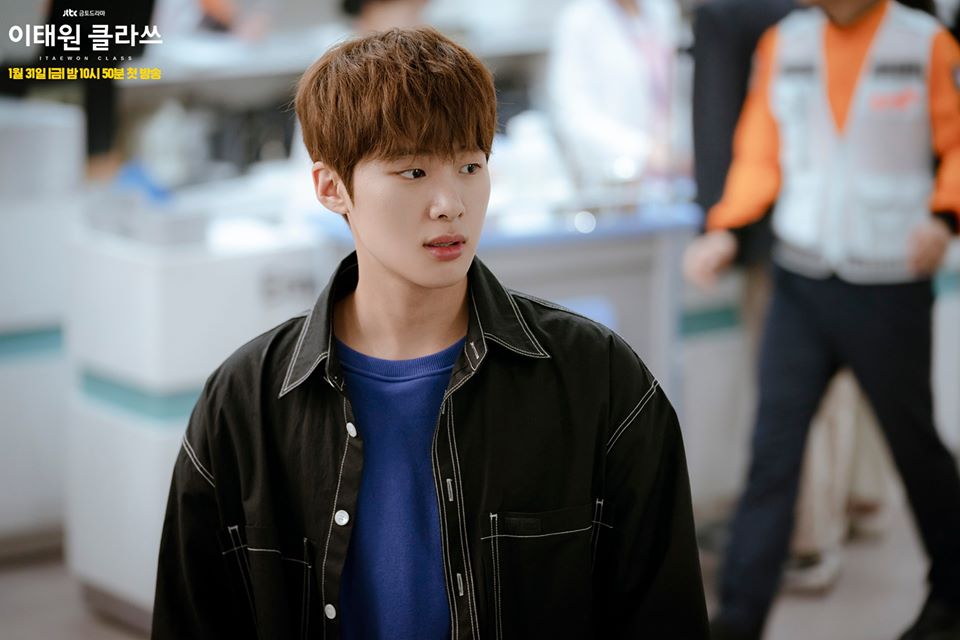 Women have a big part to play in the turns and events of this drama. Though Jo Yi Seo (Kim Da Mi) may have done a lot of wrongdoings, she has also done some right things. A sociopath that she is, Yi Seo lacks conscience and can do anything to achieve what she wants. However, because she is in love in Sae Ro Yi, she has also been instrumental in helping his business rise. Her most important contribution would definitely be when she tricked Jang Geun Won into admitting that he was actually responsible for the accident of Park Sae Ro Yi’s father. 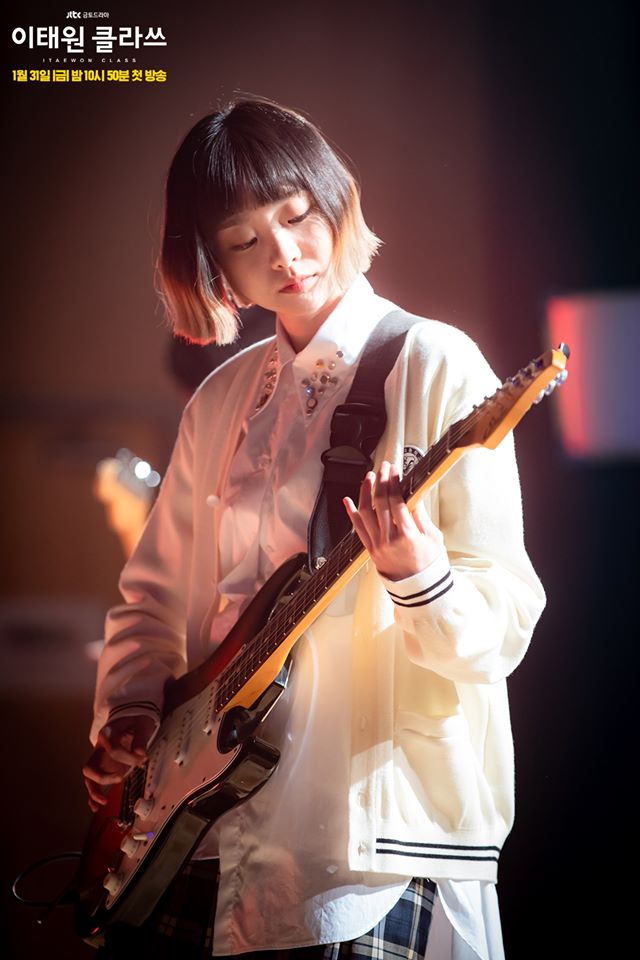 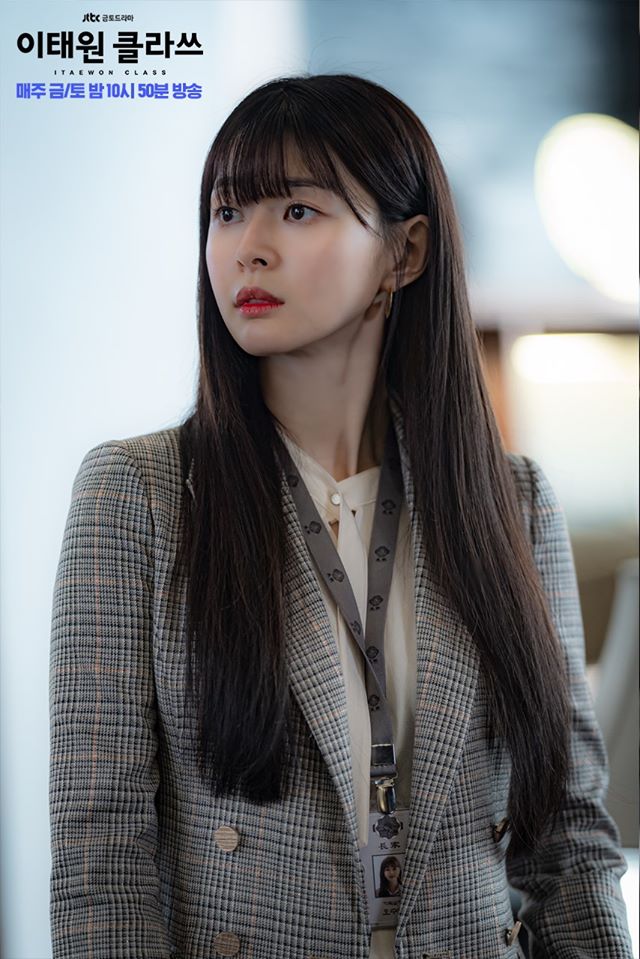 Oh Soo Ah (Kwon Na Ra), on the other hand, chose Jangga over Sae Ro Yi. Though she may not have been the one who reported Sae Ro Yi’s pub, she contemplated it. The biggest differences between both the female leads would be that Yi Seo was willing to do anything for Sae Ro Yi. Both the women however have their flaws, and one is not better than the other. Still at the end, it was Soo Ah who acted as a whistle-blower resulting in Jangga’s downfall.

More likeable than these two is Kang Min Jung (Kim Hye Eun), who holds the position of a Director at Jangga group. Quite competent and a more worthy successor of Jangga, she has big ambitions and joins hands with Park Sae Ro Yi after she notices his traits. Though she has her own goals, she has been supportive of Sae Ro Yi’s mission, and has had always given him good advice. 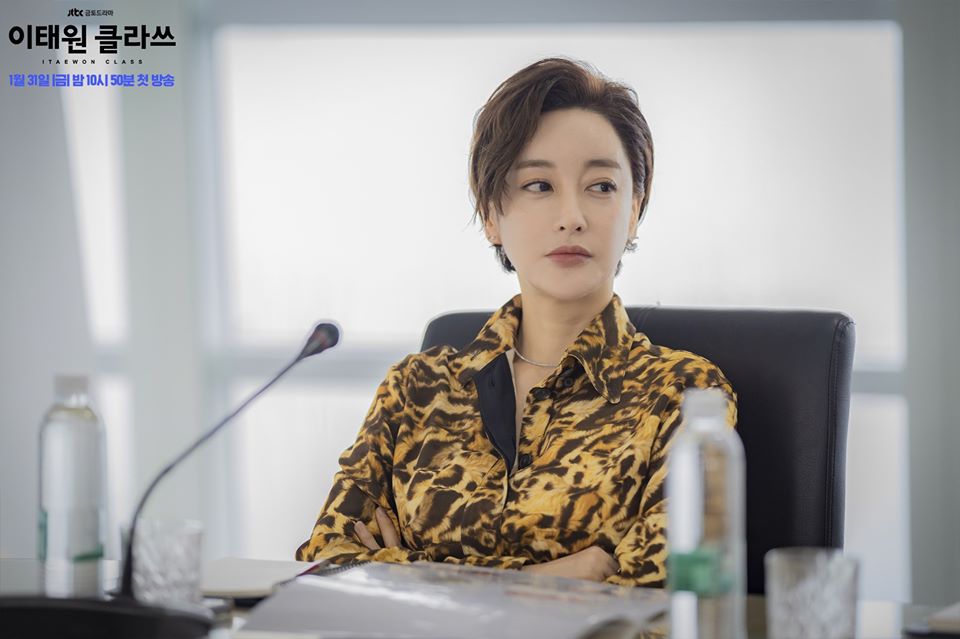 Not too many K-dramas highlight the social evils that is still prevalent in today’s society. Itaewon Class throws a light on those issues. In one of the episodes Toni (Chris Lyon), an employee of Dan Bam, was not allowed entrance in a club due to his skin color. 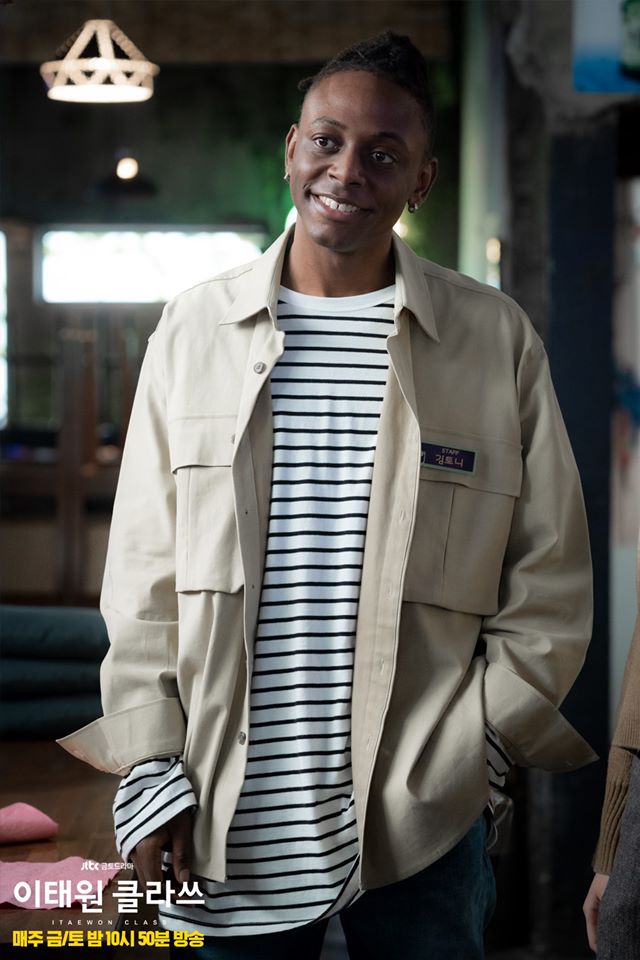 In another episode, Yi Seo raises apprehensions about Ma Hyun Yi (Lee Joo Young), who is a transgender working at Dan Bam. Yi Seo is supposed to be a person with a high IQ. Yet the situation here shows that people with high intellect and education might be narrow-minded.

Thankfully, Park Sae Ro Yi is not any of that. He sees a person for who they are rather than their gender, color or occupation. It was absolutely pleasing to see him vandalize the club that had been racist towards Toni.

As for Ma Hyun Yi, the audience got to see more of her during the Best Pub contest arc. It was extremely hurtful to see that the show producers wanted to oust her from the show after her identity as a transgender was revealed. However, the most iconic moment was when she faced the challenge head-on, and proudly stated that she is a transgender. 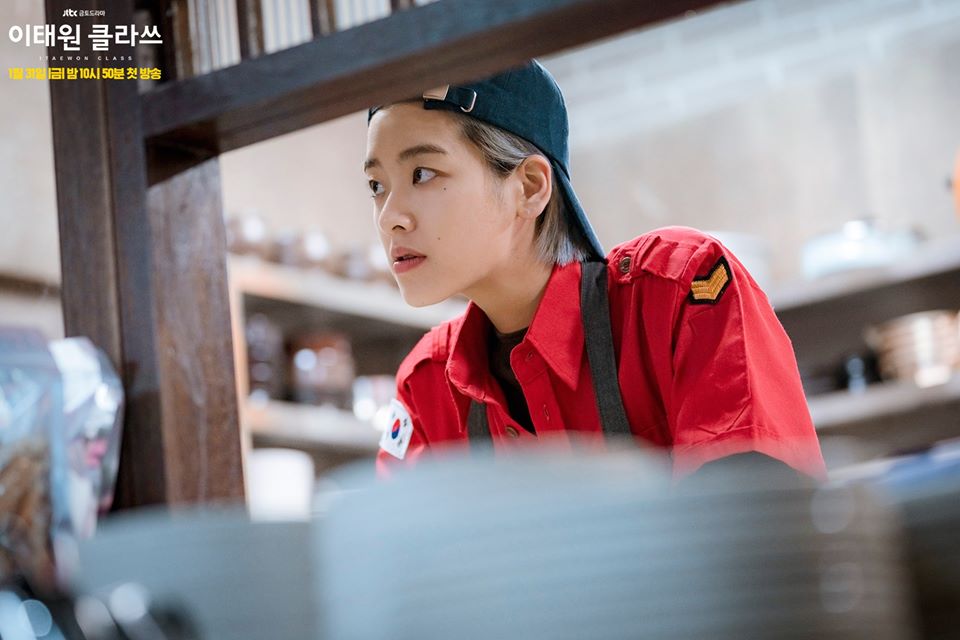 Itaewon Class provides many inspiring lessons about life, success and achieving one’s dreams. Park Sae Ro Yi’s initial dream was to become a police officer, but after have a criminal record to his name, he had to give up his dream. That didn’t stop Sae Ro Yi from dreaming big. When he first expressed his desire of opening a pub in Itaewon within seven years, Soo Ah could not believe that it was possible. But for Sae Ro Yi, it was so obvious, and with his belief, he made it possible.

Other than himself, Dan Bam’s owner also inspired others such as Choi Seung Kwan (Ryu Kyung Soo), who was an ex-convict himself. Meeting Sae Ro Yi made him realize that he can still dream for a better life, and no one has the right to estimate the value of his life. 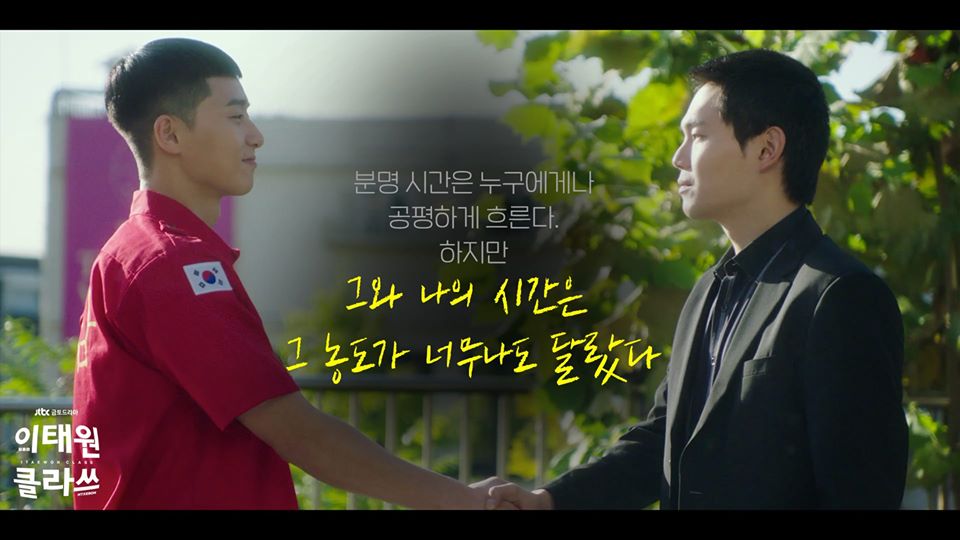 One of the important constituents of a great drama is some well-written dialogues that completely got stamped in viewers’ memory. Itaewon Class has quite a few of them. These dialogues hold deep meaning and feels like a quote to live by in life.

When Park Sae Ro Yi said to Seung Kwan, “You have no right to determine my value. My life has just begun. And I’ll do everything I want to do.” It holds so much depth. It also shows how strong Sae Ro Yi’s resolve is. While Seung Kwan was of the opinion that they cannot make any difference to their lives, Sae Ro Yi thought differently.

The line “Your life may seem repetitive but no one knows what could happen tomorrow” hits home. When Jo Yi Seo was having doubts about her life, Sae Ro Yi assures her by saying these words. Often in life, we get tired of the monotonous routines of our life so much that we start questioning of our being.

Sae Ro Yi continued, “Some days were tough, some days were sad. But something fun always came along every once in a while.” Thus, this again showed his optimism. 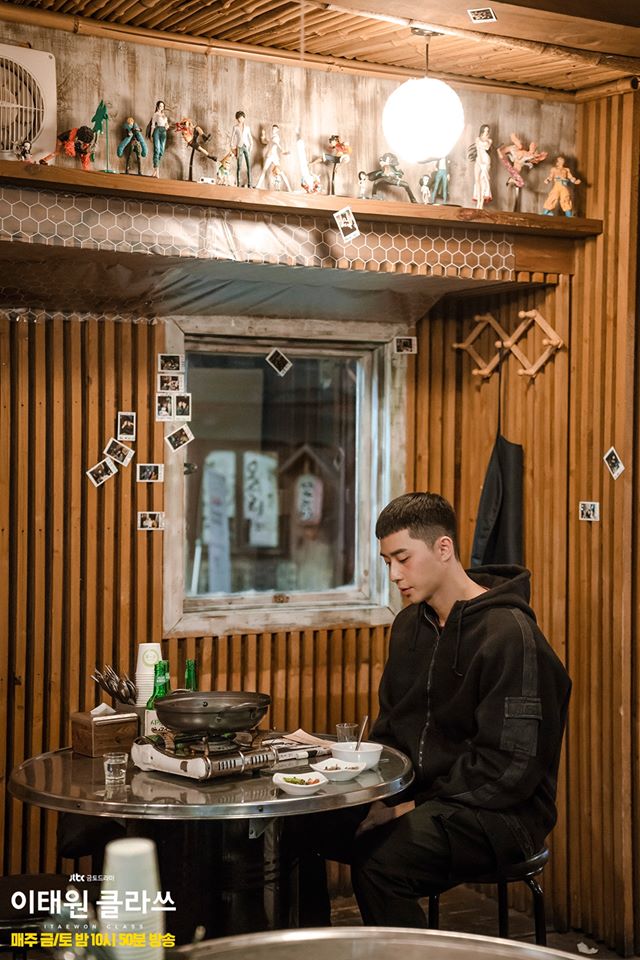 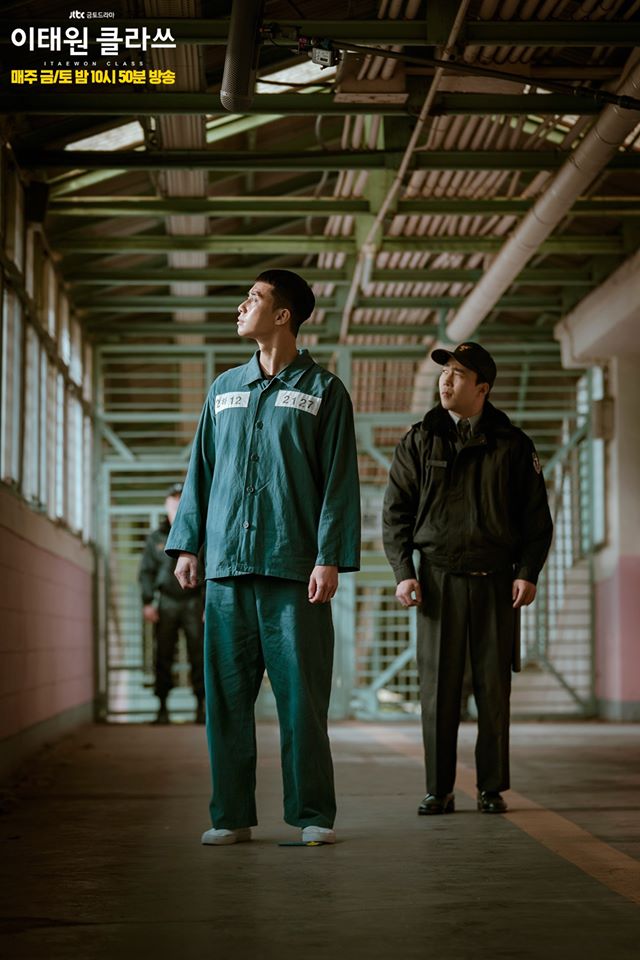 Each of the soundtracks adds wonderful colors to the drama as they beautifully capture the various emotions and feelings. This is also one of the reasons why the OSTs from the drama have been soaring high in the music charts.

While the melodies pleasantly warm the heart of the listeners, the song lyrics are extremely relatable. Gaho’s “Start Over” is an optimistic track that inspires to move forward relentlessly towards one’s dreams. On the other hand, BTS V’s “Sweet Night” captures the nostalgic essence of the happier past days.

The OST line-up has a diverse color and includes the likes of Kim Feel, Yoon Mi Rae, Crush, BeWhy, VERIVERY and many others.

It’s quite unimaginable to see the amount of sufferings that Park Sae Ro Yi had to go through because he crossed paths with the wrong people. Yet at the same time, it’s inspiring that he did not give up on his life and kept clinging to the hope that he would make it someday. Though the nights were bitter, Sae Ro Yi was wishful of sweeter nights and hence he named his pub Dan Bam, which means sweet night.

The most interesting aspect of Itaewon Class was probably the clash between Park Sae Ro Yi and Jang Dae Hee. Both the actors drew attention with their jaw-dropping performances. Park Seo Joon made us root for Sae Ro Yi until the end and though Yoo Jae Myung played the bad guy, he still made us feel bad for Jang Dae Hee in his worst moments. The difference between how the two ran their respective businesses was also quite interesting. While Sae Ro Yi put emphasis on people and trust, Jang Dae Hee’s top priority was winning.

Itaewon Class is recommended for those who love dramas that gives inspiring life reasons. People looking for romance might be disappointed as there isn’t much of that. Also, barring Park Sae Ro Yi and a few others most of the other characters flawed. Though, Jo Yi Seo is the main female lead, she has some flaws that the audiences might not be comfortable with. Still, the plot is enjoyable as we get to see the rise and fall of companies in an industry, and how one move can change everything.