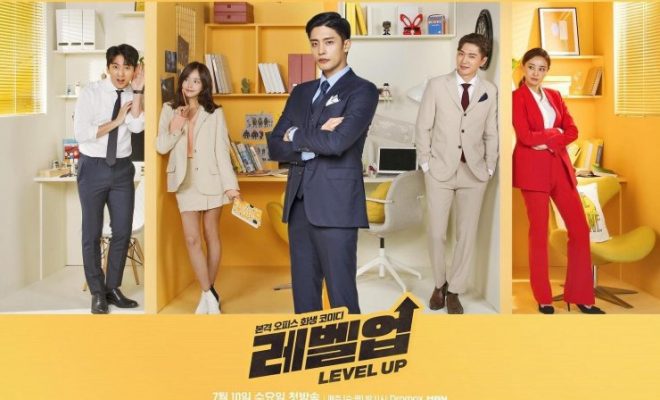 K-Drama Review: “Level Up” Wraps A Satisfying Success Story With Sweet Romance In One Neat Package

Sung Hoon proved his versatility in his most recent drama, Level Up.

Level Up can be described as short, sweet and precise. The 12-episode drama was direct and to the point, not leaving any room for idleness. One can gather a picture of its writers clearly having the drama planned and executed neatly and with precision. It resulted in a satisfying experience from start to end.

Sung Hoon and Han Bo Reum were paired for the first time. It’s worth noting that this was Han’s first lead role but was effortless in the execution of her character. 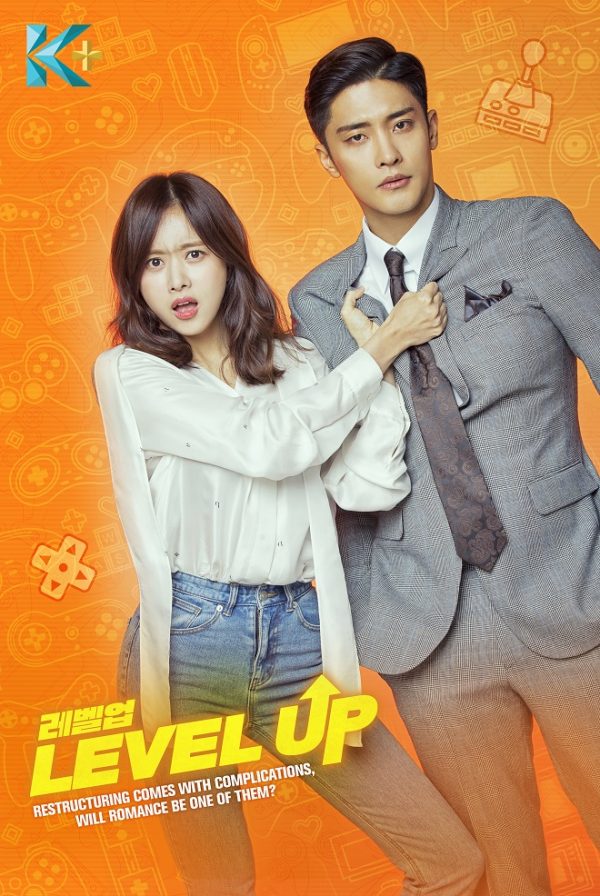 RELATED DRAMAS: SHE WAS PRETTY, ROMANCE IS A BONUS BOOK, I DO, I DO

An Dan Te (Sung Hoon) is a perceived perfectionist who is without any emotions. His callous personality was used as a joke in many scenes, but it didn’t seem to bother Dan Te as he soldiered on in his tasks. He was bothered by the sudden adoption of a stepbrother he didn’t want, and the sudden intrusion of a woman who yelled at him and was frank and often tactless. 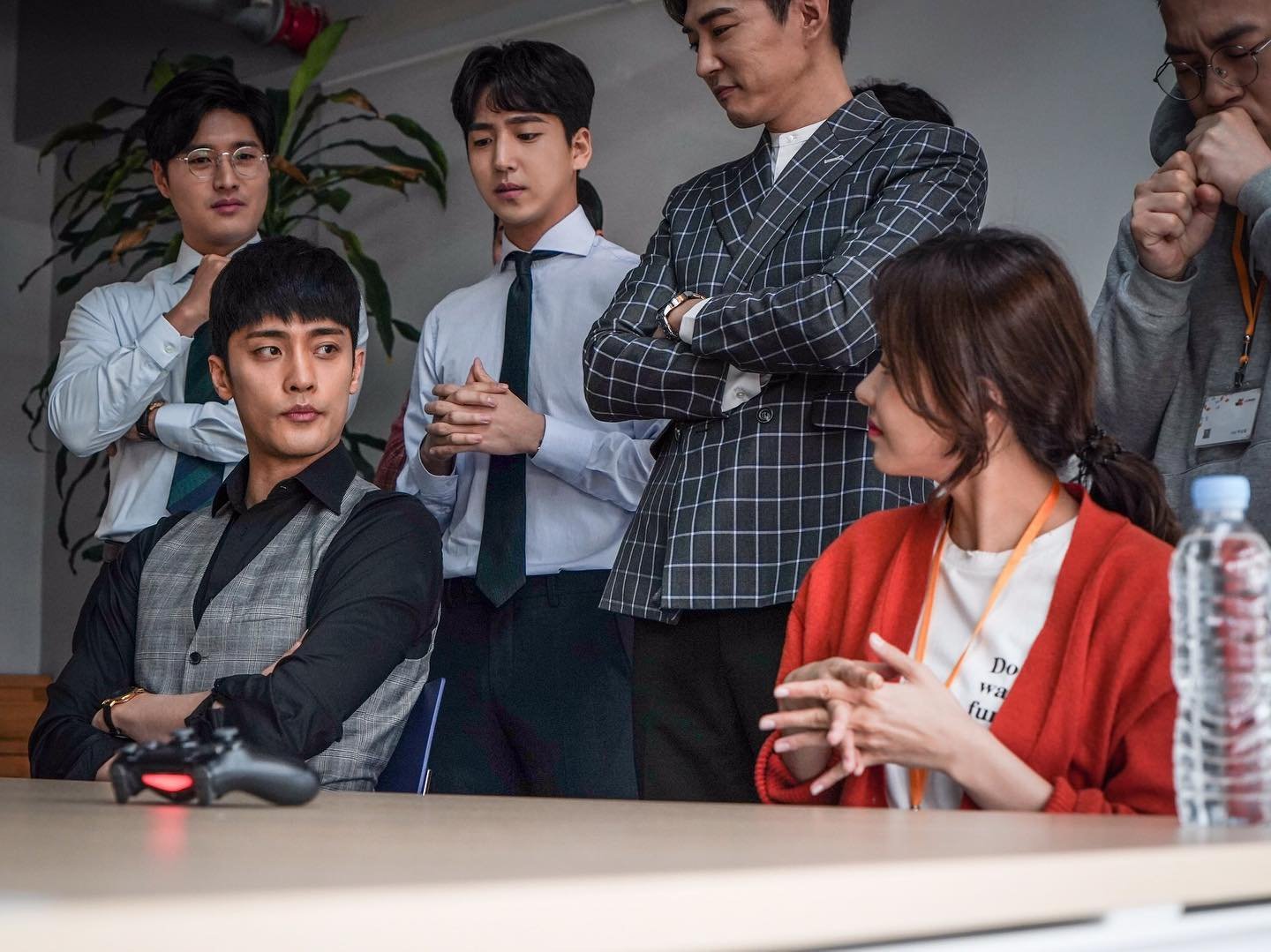 Dan Te reluctantly takes on the task of salvaging the sinking company Joybuster from bankruptcy. With his hidden distaste for video games, Dan Te starts to do what he does best, turning failing companies into full-fledged successes. Undaunted by his lack of knowledge and distrust from the board of directors, he gains an unlikely ally in Shin Yeon Hwa, Joybuster’s game development head.

Unlike Dan Te, Yeon Hwa is passionate about video games and thrives in the creation of the games she loves dearly. She lays her entire life on the line for the company and is an unpopular representative of Joybuster’s failures. She brushes these all off however when Dan Te gets on board. Initially against him at first, she eventually backs him up and together, they bring Joybuster back to its glory days.

In addition to bringing success to the company, Yeon Hwa and Dan Te fall in love with each other. Despite the rocky start they had, they see each other through their ordeal and realize how much they mean to one another.

Given that the drama had only twelve episodes, the writers made sure that each episode had enough meat in them to justify the short length of the drama. I loved that the drama was focused and stayed on course all throughout and it did not stray from achieving its major goal.

Saving Joybuster from bankruptcy was its primary focus from the very beginning, and everything in the drama centered around this. The writers managed to neatly tie up all the story lines together and created a fascinating experience of watching a Cinderella story emerge from the ashes. It took its viewers through the hopelessness of Joybuster. As it was on the verge of utter failure, viewers were in suspense up to the very end. The drama left me happy and relieved, so much so that I felt like clapping in the end.

I loved that the cast seemed to know their characters well. Sung Hoon was, as expected, great in his role as an unfeeling and callous CEO of Joybuster. However, I noticed that he had a brand new tongue-in-cheek approach to his character. Several times in the drama I could feel that the actor felt that his character was ridiculously pompous, so Sung Hoon made it seem a bit laughable. He had quite a few light moments in this drama as well, and overall, he did justice to his role as An Dan Te. 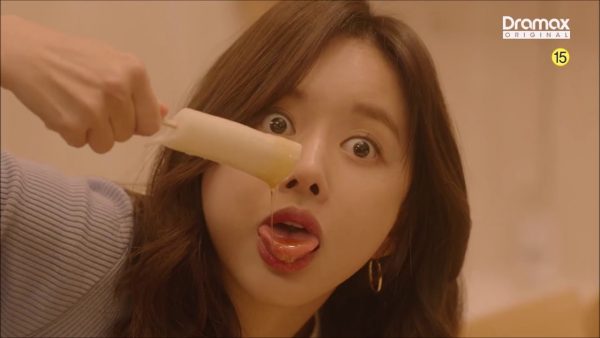 Han Bo Reum had a lot on her plate as she took on her first lead role as Yeon Hwa. I thought that this was a great drama for her to start with. Her character wasn’t complicated. Yeon Hwa was headstrong and passionate, and Han did well to translate those emotions onscreen.

The rest of the cast also did their fair share in giving Level Up the sincere charm it embodied. Baro as Kwan Cheol was charming and I loved that he played the innocent country boy role well. He seemed to be younger than both Dan Te and Yeon Hwa, but the writers used his character well, especially in the twist at the end. 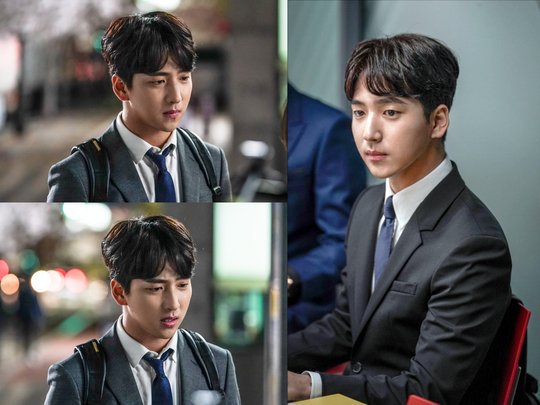 The biggest drawback of the drama was the lack of chemistry between Sung Hoon and Han Bo Reum. I found myself rooting for the success of Joybuster more than the romance between Dan Te and Yeon Hwa.

Looking back on the drama, I also think that the drama did not emphasize the growing attraction between the pair. It was a very subtle trajectory, almost as if it were just an afterthought.

Also, I don’t really count it as a drawback, but the very simple plot of the drama might disappoint others. Given that the premise of the drama was very straightforward, it becomes predictable all throughout and only had one major twist toward the end involving Kwan Cheol. Given that I don’t mind predictability because it makes it easy for me to watch dramas. I think that this might count as negative to others. 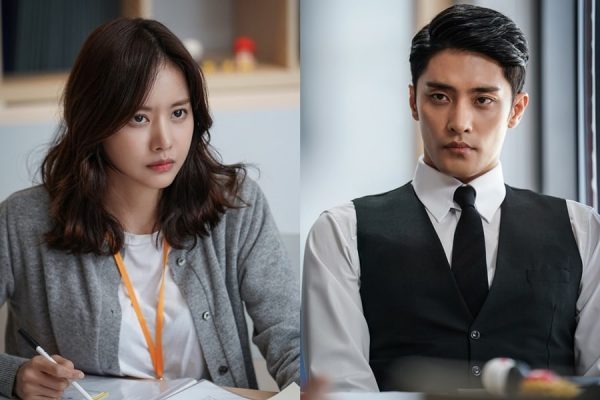 The drama layered the elements of the romance slowly, and it can be interpreted both ways. If you aren’t a fan of overly dramatic romances, then you’d enjoy the subtlety of the romance in Level Up. However, if you’re a romance fan like me, and you need flowery moments and lovey-dovey scenes, then this drama might disappoint you.

If you’re like me that you want a steady drama to watch, then you should give Level Up a try. The story keeps you engrossed and for the length of the drama, you won’t feel bored and will find yourself laughing and rooting for Joybuster’s success all the way to the end.

We need your support! If you have enjoyed our work, consider to support us with a one-time or recurring donation from as low as US$5 to keep our site going! Donate securely below via Stripe, Paypal, Apple Pay or Google Wallet.
FacebookTwitter
SubscribeGoogleWhatsappPinterestDiggRedditStumbleuponVkWeiboPocketTumblrMailMeneameOdnoklassniki
Related ItemsHan Bo ReumLevel UpLevel Up ReviewrecapSung Hoon
← Previous Story Park Eun Bin Challenges Sports Club Manager Role In New SBS Drama
Next Story → K-Drama Review: “Love Alarm” Reins In A Beautifully Crafted Yet Bittersweet Young Romance