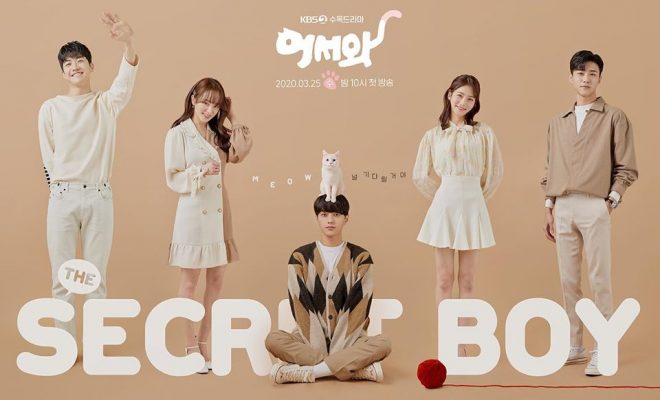 K-Drama Review: “Meow, The Secret Boy” Smiles On The Special Bond Shared By Humans To Their Pets

By Marty | May 2, 2020
192
SHARES
FacebookTwitter
SubscribeGoogleWhatsappPinterestDiggRedditStumbleuponVkWeiboPocketTumblrMailMeneameOdnoklassniki

A cat magically turns into a human in the endearing story of Meow, The Secret Boy – and it touches the hearts of those around him

Meow, The Secret Boy takes the viewer for a cute spin with its soft and light plot. The characters remind of animals and vice-versa, showing how similar they are to one another. 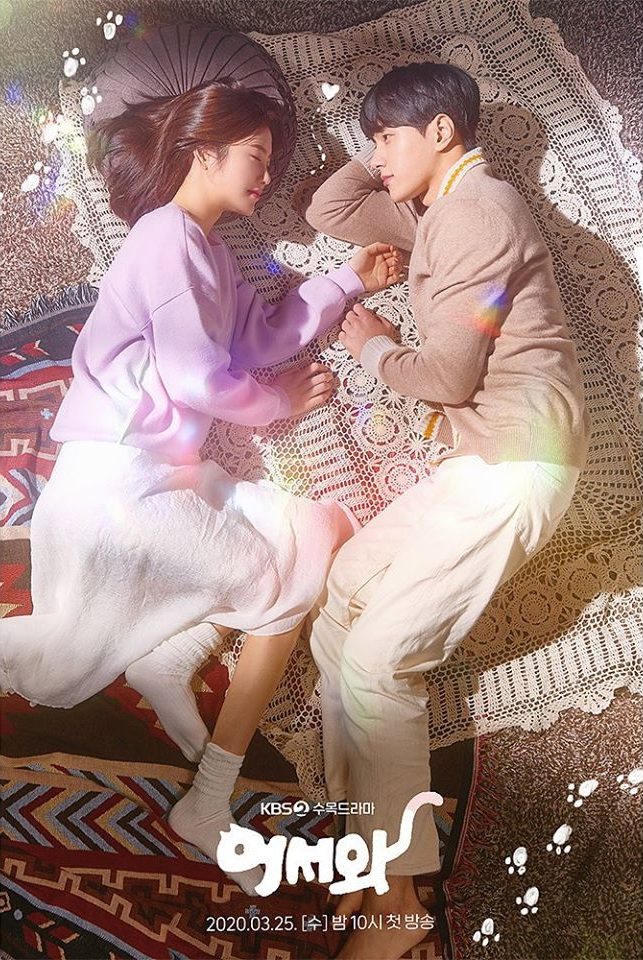 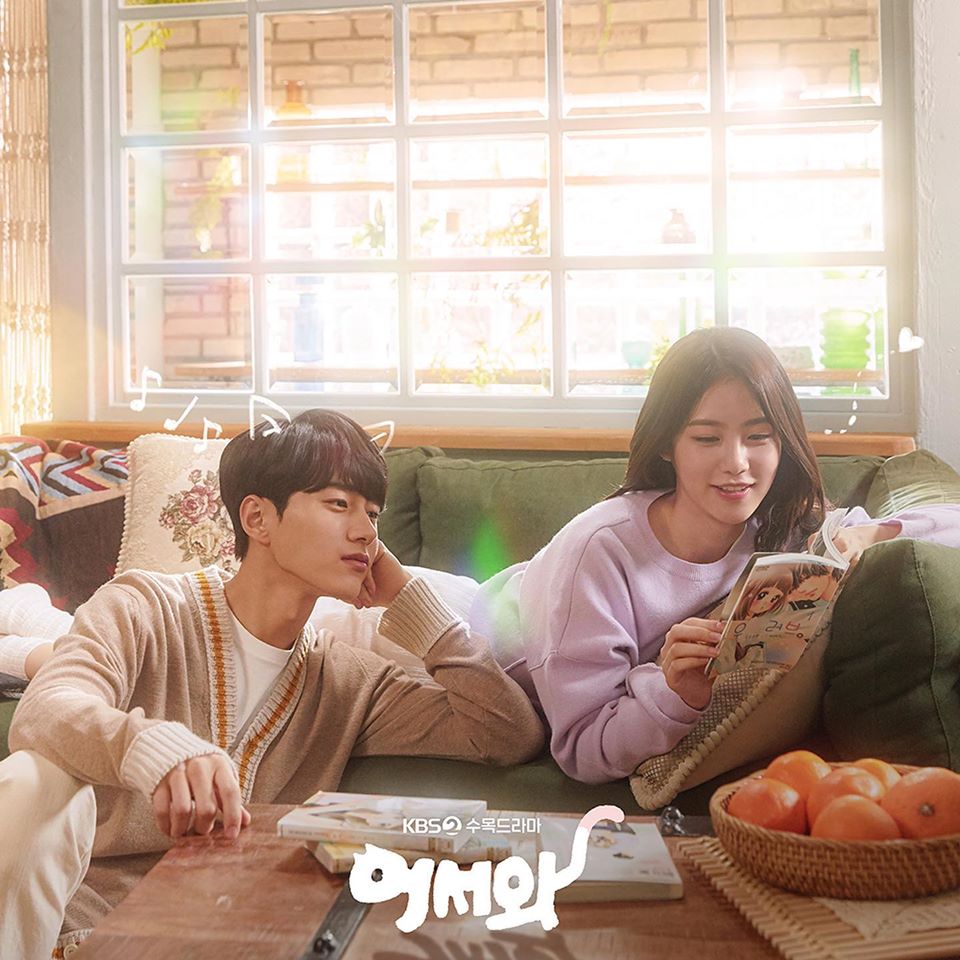 The drama features Kim Myung Soo and Shin Ye Eun in the lead roles. Alongside them are Seo Ji Hoon, Yoon Ye Joo and Kang Hoon who complete the rest of the main cast.

Kim Myung Soo plays the human version of the cat Hong Jo, who enters the life of Kim Sol Ah. She is a graphic designer who aspires to be a webtoon artist and is played by Shin Ye Eun. Seo Ji Hoon takes the role of Lee Jae Seon, a cafe owner and Sol Ah’s long-time crush.

Kang Hoon portrays Sol Ah’s high school best friend, Ko Doo Shik, who is also her colleague at work. Yoon Ye Joo becomes Eun Ji Eun, their senior from both school and work who has a crush on Doo Shik.

Meow, Secret Boy focuses on Kim Sol Ah, a graphic designer who is not fond of cats. In fact, she does not like people who act like cats either. She has been crushing on her high school classmate, Lee Jae Seon, who stood her up after kissing her and making plans for them together. They later meet up again and that leads to Sol Ah taking Jae Seon’s ex-girlfriend’s cat.

Not pleased with the situation, she even has to move because of her father selling their home to move with his new wife out of the city. Sol Ah ends up living in her new step-mother’s house which is right across the street from Jae Seon’s newly opened cafe.

Having to face her crush every day and taking care of an animal she does not like, Sol Al’s life seems to have turned upside down. But what she does not know, is the cat Hong Jo can turn into a human. She ends up mistaking him for her step-brother who she has never met. She only knows he travels a lot and lives in the house she is staying at.

From there on the adventures begin. Hong Jo tries to keep his secret while Sol Ah starts to develop feelings for him while also being attached to his cat form. 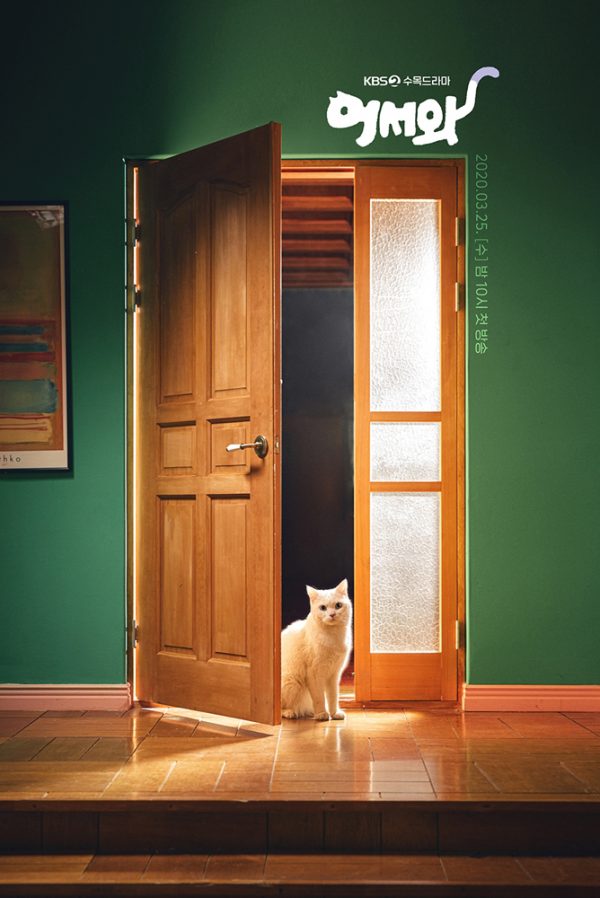 Cat and Dog-like Characters & Their Growth

Have you ever thought of people as animals? This drama compares them to either a cat or a dog. It is limited but it proves the point they want to bring.

Kim Sol Ah and Ko Doo Shik are the typical dog-like people, while the other three characters are compared to cats due to their quiet nature. Adding spice to it is the fact that one of them is an actual cat. Another thing which would capture the audience would be the growth of the characters.

Lee Jae Seon starts off as a restrained person. He does not like it when others talk too much. Ironically, he is somehow friends with the two loudest people ever, Sol Ah and Doo Shik.

They manage to bring a smile to his expression ever since their school years and that has not changed even now. Though, he continues to keep to himself and jump to conclusions on his own.

Through the story, his character slowly changes and opens up to others. It leads to him fixing his relationships with the people who are dearest to him. He becomes more honest with himself as well, realizing the feelings he has been harboring. 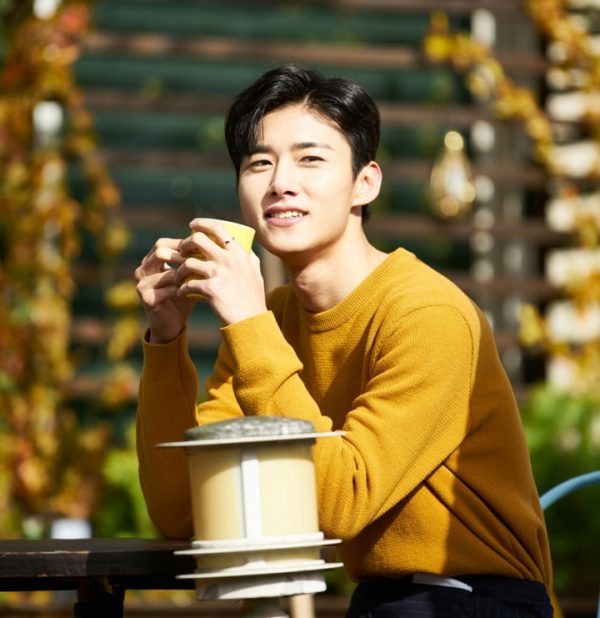 Eun Ji Eun is another typical introverted cat-like person. She doesn’t talk much and prefers to communicate through sticky notes.

Speaking her mind is also a challenge for her. What others need to know about Ji Eun is, she will open up when she is ready and feels comfortable.

Always the invisible one, she ends up becoming friends with the other four lead characters after spending some quality time with Sol Ah, in which the two have a heart-to-heart conversation. Ji Eun even gets a helpful push to admit her feelings, thanks to Hong Jo. 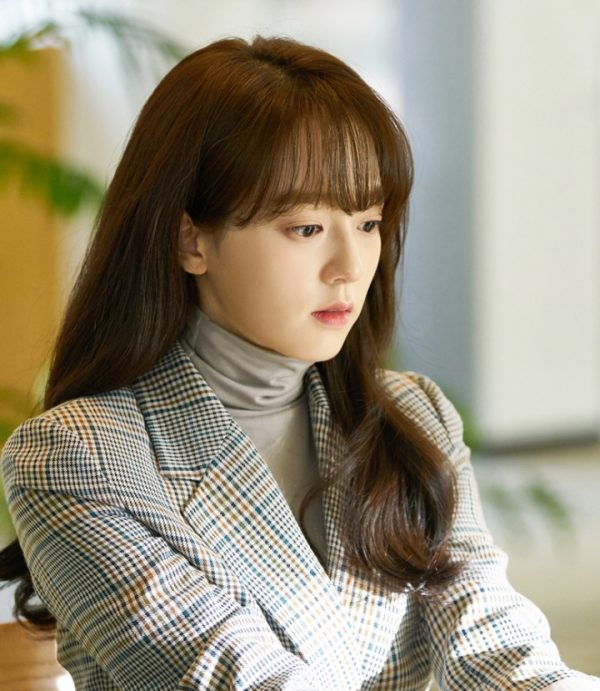 For Ko Doo Shik, his character development is expressed mainly in him opening his mind to understand the shy Ji Eun. He is slow-witted but he has a big and caring heart. These things make him a great, funny and innocent character in the story. 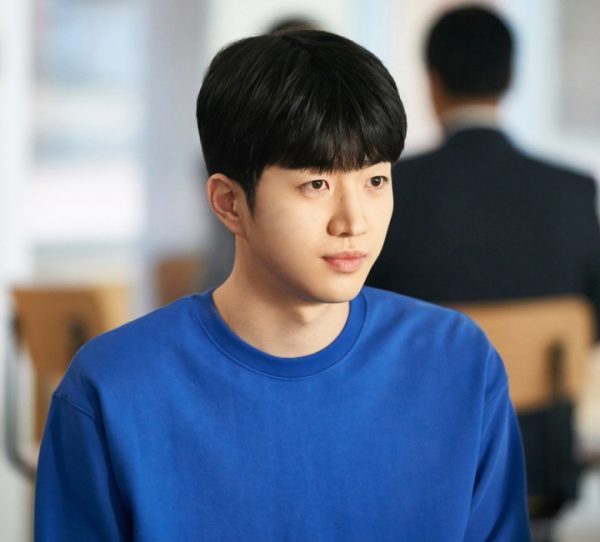 The cat despising Sol Ah changes her view on the feline animal because of her taking care of Hong Jo. A person can get attached easily, and it does not spare anyone with a soft, kind heart like her.

She refuses to give Hong Jo back to Jae Seon when he finds a proper home for him. Instead, she keeps the cat for herself, allowing her love for the pet to grow further. 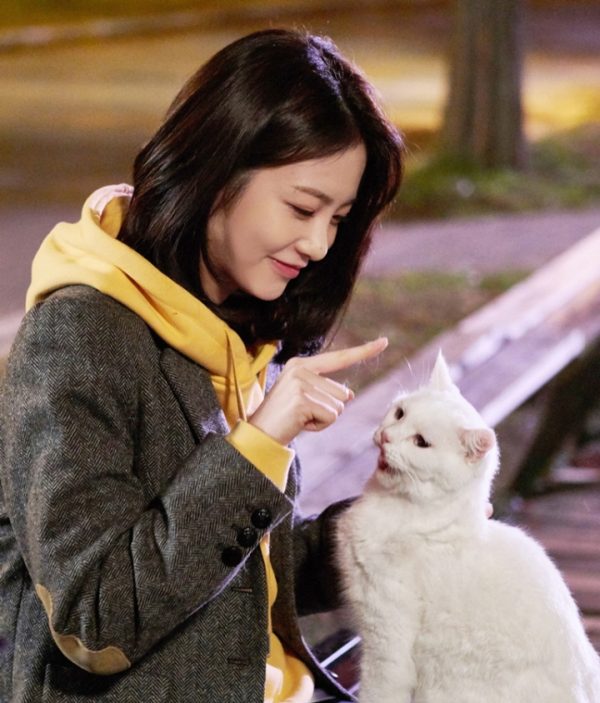 Hong Jo in his cat form is played by the cat named Baegi (배기). The beautiful Turkish Angora cat stunned the production team and viewers with its unique expressions and incredibly adorable, heart-melting visuals. Just as cute is the human form of Hong Jo, played by Kim Myung Soo who is known for having cat-like features, especially his smile. 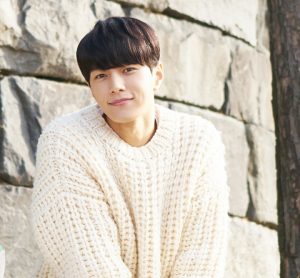 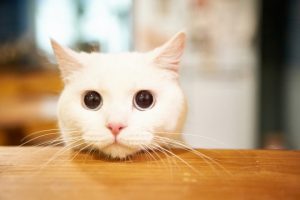 Hong Jo realizes he can turn into a human when he is near Sol Ah or when he has something of hers with him. He learns what it is like to be a human and how hard that is for him. Especially the fact that he cannot keep his human form for too long which turns him back into a cat.

His role is not only that of Sol Ah’s love interest and pet. He touches all the other characters’ hearts as well.

Hong Jo helps each and every one of them in a different way. All he does is be his kind, sincere self. Not even the jealous and allergic to cats Jae Seon can resist his warmth and ends up becoming close to him. 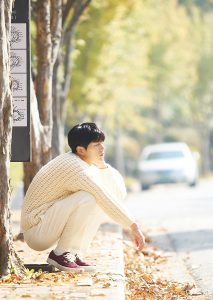 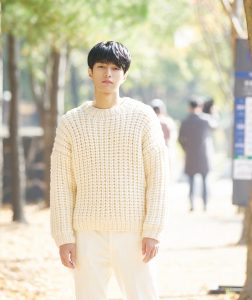 The drama is a cute story about the innocent love between a human and her cat. The way Sol Ah acts towards the human and the cat form of Hong Jo feels and looks different, but apparently the same. She loves him for being him, no matter what he looks like.

The side love-plot for Eun Ji Eun and Ko Doo Shik is also intriguing and fun to watch. The two will bring a smile to the viewer with their awkward cuteness.

It shows how a shy person can fall for someone who is a complete opposite. Also, it brings light on how the two end up helping each other grow and communicate.

A couple worrying scenes were also included in the drama to add some tension. One of those is when Hong Jo gets kidnapped by a cat-lover with a twisted sense of affection for the animal breed.

Despite its slow moments, Meow, The Secret Boy has a charm of its own. The moment cat Hong Jo enters, there is no way you won’t be whipped for him. His cuteness is too strong to resist. His expressions match so well with his scenes, he deserves to be called one of the actors in the drama.

There were a lot of funny parts as well to brighten up the viewer’s mood. Overall, the drama is slow moving and light, but compensates with cuteness and fun moments.

The series starts and ends pointing out the message about humans’ dedication to their pets. Random people show up with their animals and give a short, grateful message towards them.

It further shows the bond between a person and a pet; and how they can both change each other’s lives for the better.

The main focus would be the influence the cat Hong Jo has on the people around him. It does not matter if he is in his human or cat form, he has the same effect on those he interacts with.

When he is human it is just easier to explain himself using words. Although, they are not always needed, as a cat it can show just as much affection in its own way.

Meow The Secret Boy may not have exceeded in its ratings but if you’re looking for a cute drama with a hint of fantasy, this might be your cup of tea. It will not burden the mind with twisted plots and would rather help you relax after a long day. 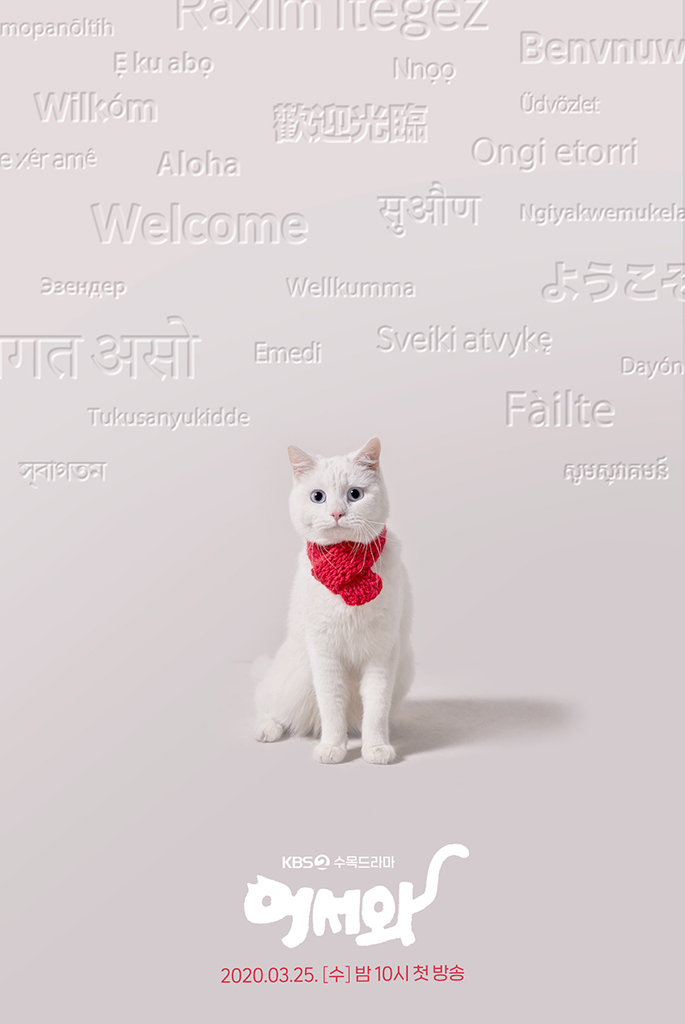