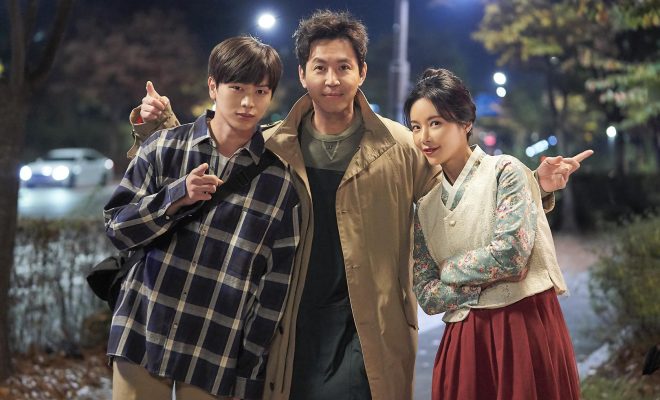 Mystic Pop-Up Bar was one of the many dramas airing this month that had viewers captivated. Blending comedy, fantasy, and even romance, the show provided a light-hearted watch. 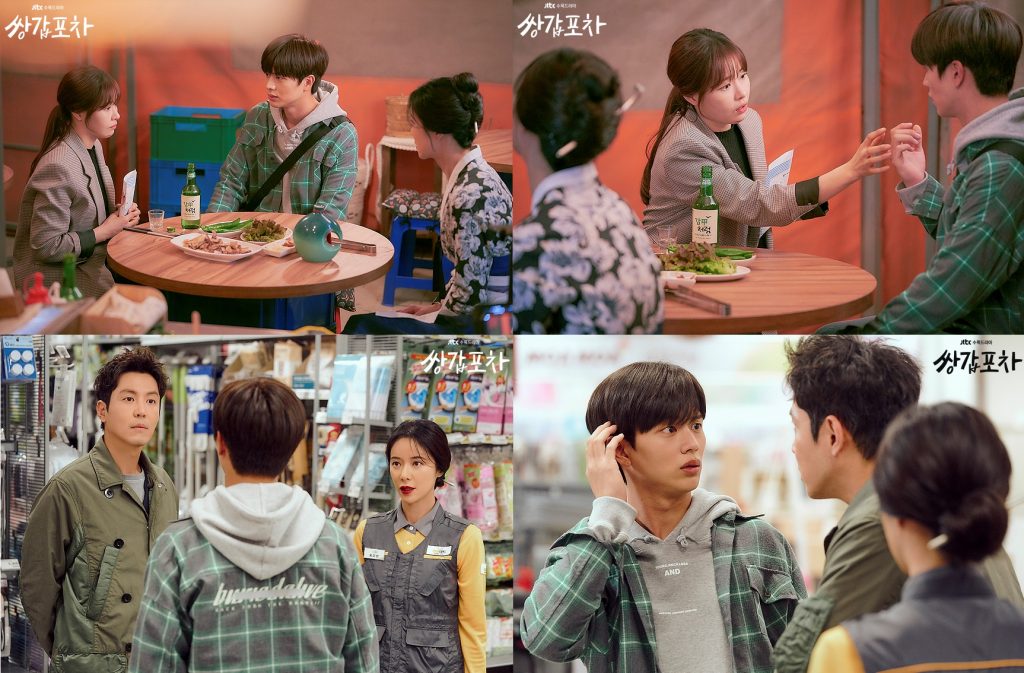 The show’s main character is a woman named Wol Ju (Hwang Jung Eum), who was born 500 years ago. Ever since she was a child, Wol Ju had the power to enter people’s dreams and find their emotional turmoil. In her teen years, she is summoned to help her village’s Crown Prince. However, jealous neighbours begin plotting against her. 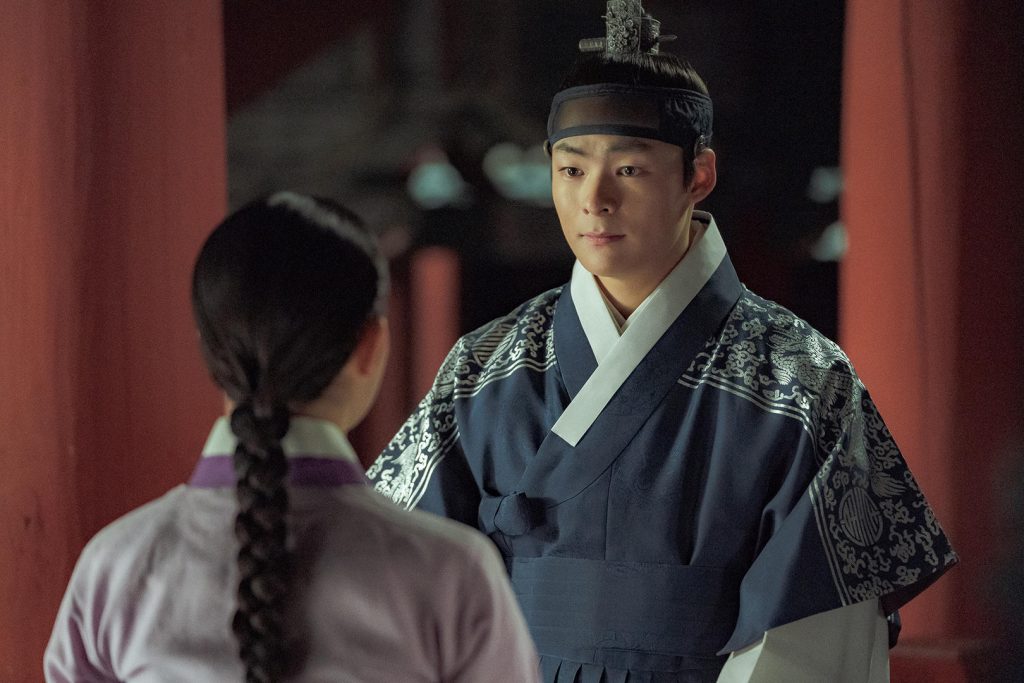 Her mother, who has similar powers, receives premonitions that the townspeople are coming to harm Wol Ju and urges her to leave. As Wol Ju escapes the village, she hears the news of a fire and turns back. Her home is consumed by flames and her mother lies dead inside. As revenge, Wol Ju destroys the town’s sacred tree and hangs herself.

In the afterlife, she is punished for her crimes by receiving a 500-year sentence. During this time, she must use her abilities to solve the problems of 100,00 people. If she fails, she will be sent to hell. She is accompanied by another spirit named Cheif Gwi (Choi Won Young), who helps her with her tasks. Additionally, she encounters Han Kang Bae (Yook Sung Jae), a young man with the mysterious ability to cause people to confess their troubles after touching them. 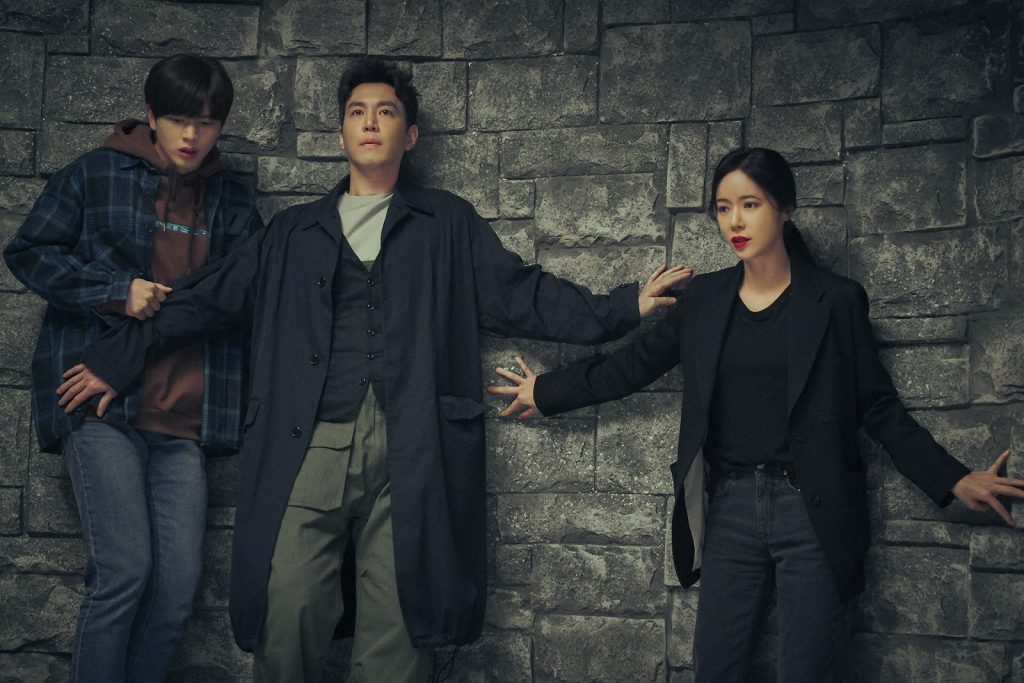 The three work together to complete the remaining ten cases Wol Ju has left. Wol Ju promises to take Kang Bae’s ability away once finished.

One of the show’s strongest suits is the friendship and chemistry between its leading trio. The bond between Wol Ju, Gwi, and Kang Bae, is endearing throughout the series. Though unlikely, due to their different ages and personalities, the characters grow closer as they embark on missions to help settle spirits’ grudges. 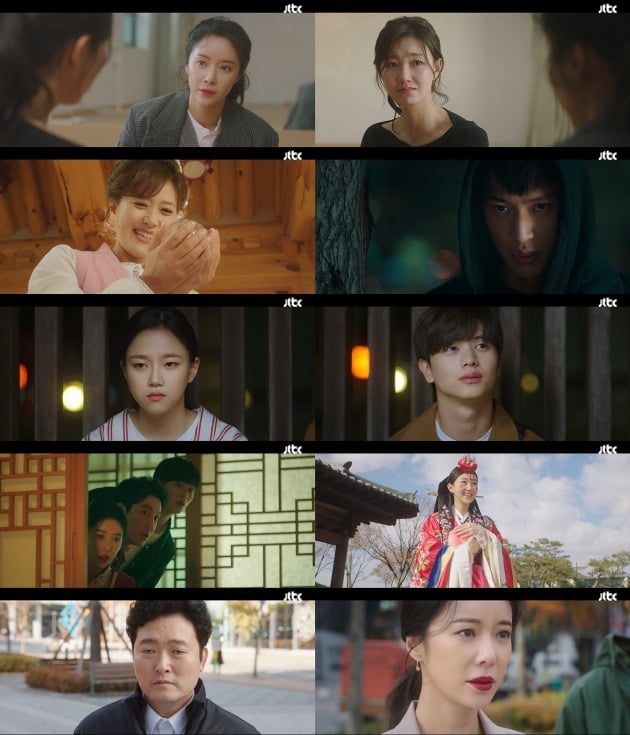 Since the characters have all struggled with rough emotional pasts and hurtful relationships, it was a wholesome journey to witness them grow closer to one another. Moreover, their hilarious but well-intended missteps throughout their missions provided viewers with many laughs. 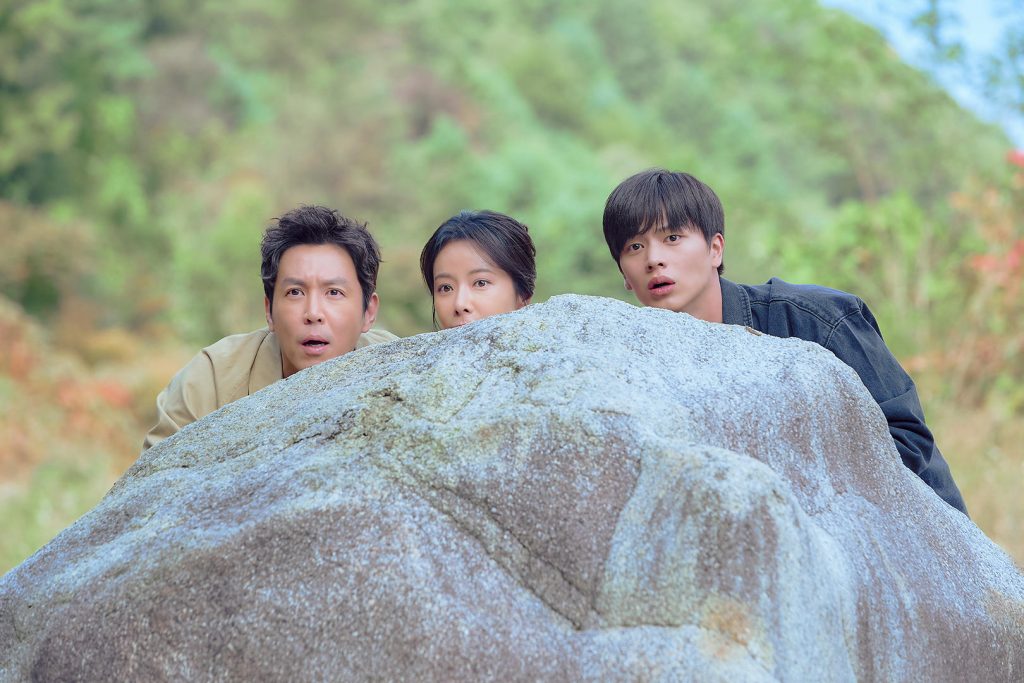 Their relationship with one another was particularly enjoyable to watch, considering Kang Bae’s lack of a family. As the series progresses, Kang Bae begins to find his friendship to Wol Ju and Gwi resemble a family, and often seeks the pair for advice and comfort as a child would to their parents. Additionally, Wol Ju and Gwi treat Kang Bae as their own son.

One of the most pleasant twists of the show was its reveal that Wol Ju and Gwi are indeed his parents, and that Kang Bae is their re-incarnated child.

A nice addition to the show was its romance. While Wol Ju often remains cold, distancing herself from her loyal companion Gwi, she begins to form feelings for her devoted friend. It was also pleasant to watch Gwi’s fondness for Wol Ju, and his ability to see past her brash exterior to see her true generous and kind heart. 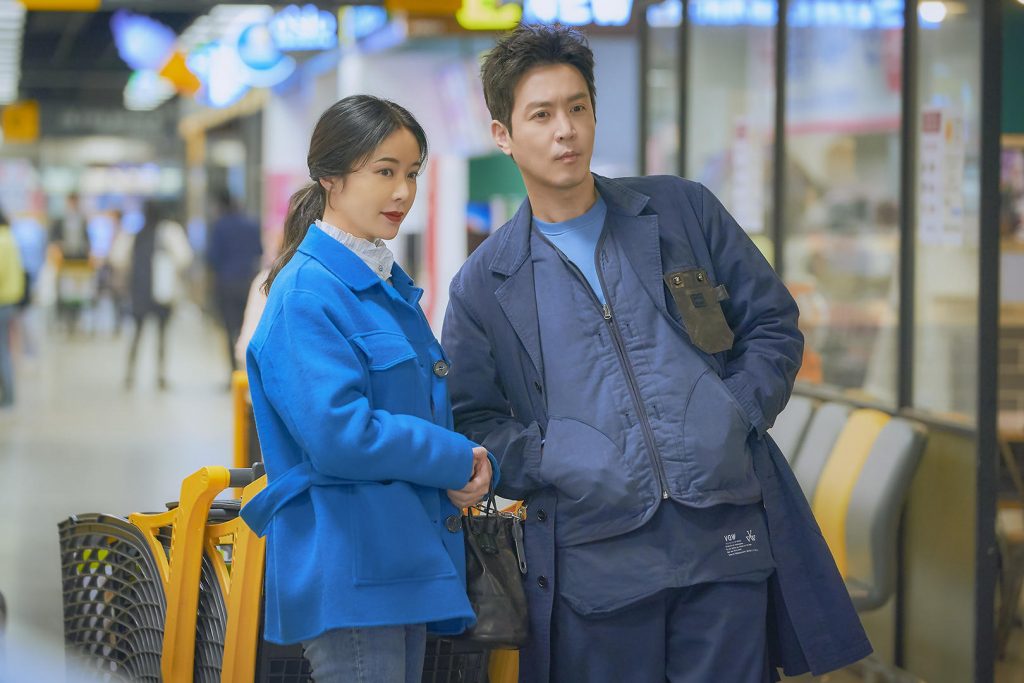 The show continued surprising viewers with the reveal that Gwi was actually her first love – the Crown Prince. Through this connection, Mystic Pop-Up Bar seamlessly integrated its past and present storylines. The revelation was a heart-warming moment for audiences and characters alike, as Wol Ju realizes her true love has never left her side for 500 years and has been rooting for her happiness since their initial parting.

The drama also features a lighter romance between Kang Bae and Kang Yeo Rin (Jung Da Eun). It was a sweet sight watching the awkward Kang Bae stumble through his feelings for Yeo Rin, and for her to embrace her growing affection for him. 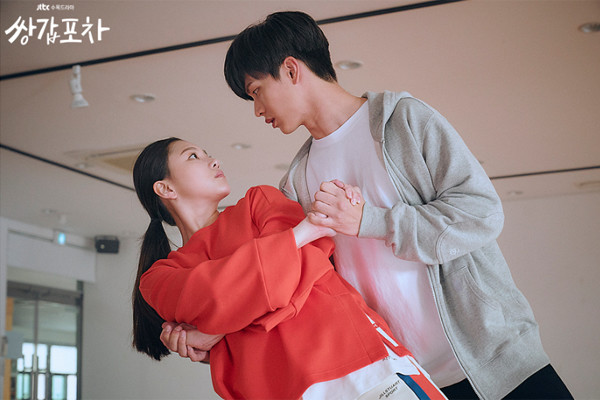 Moreover, the fact that the couple were the only people unaffected by the other’s strange supernatural abilities re-asserted their fated relationship.

Though the main trio’s missions to help spirits were often comedic-driven and did provide laughs for viewers, they often felt dragged out. As such, each episode’s pacing seemed too slow to truly captivate audiences for its entire duration. Consequently, the narrative felt disjointed and sacrificed its momentum by focusing too much on extended scenes of slapstick humor. 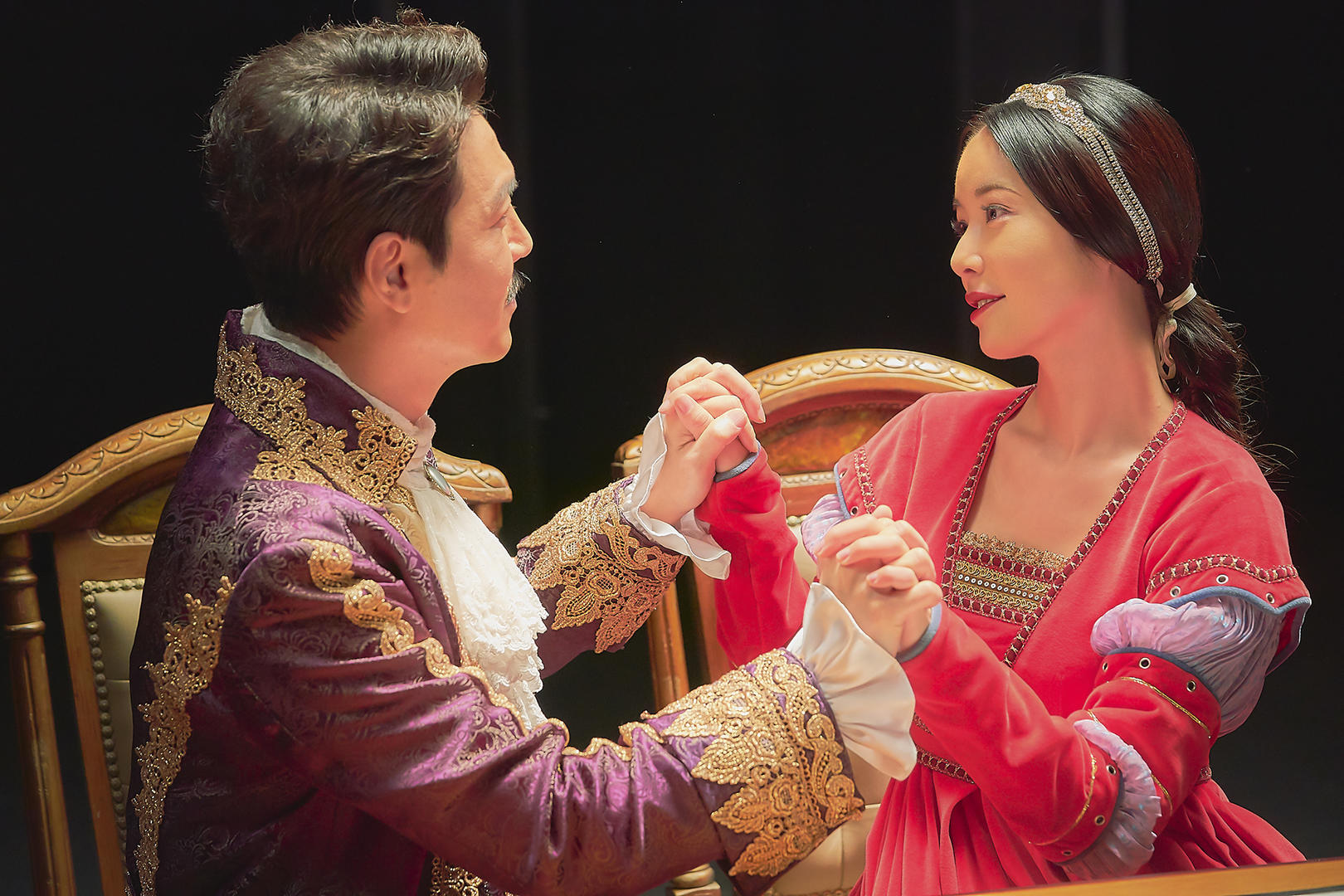 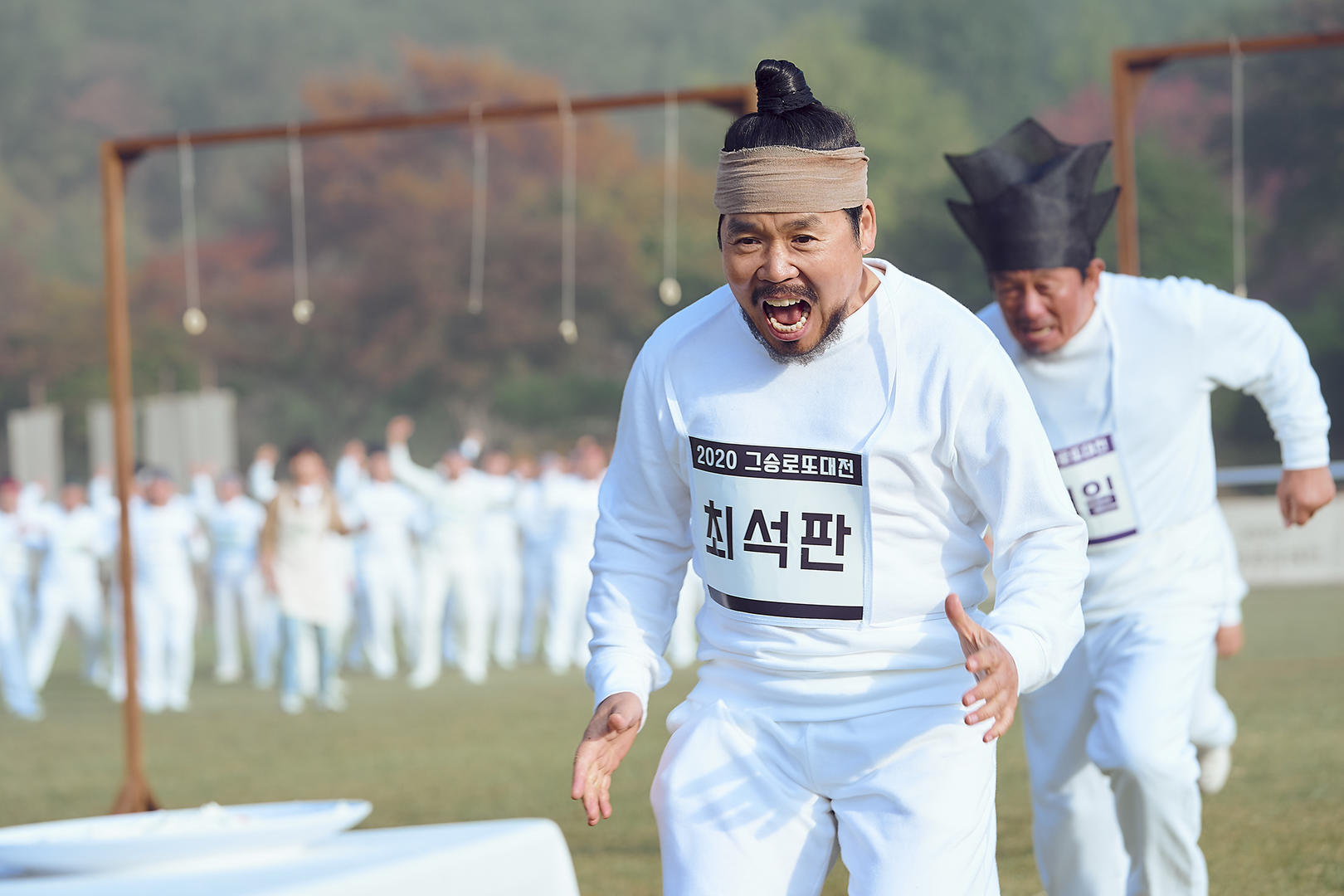 Despite having a very intriguing premise and strong premiere, the drama’s narrative grew less interesting during the series run. The show focused too much on humor or on the grudges of missions, rather than its main plot lines. As a result, episodes felt repetitive and boring.

While the drama did provide some suspense, the main villain of the show only emerges at the latter end of the series, and the conflict is wrapped up quite quickly.

With many stand-out dramas premiering this year, Mystic Pop-Up Bar struggles to compete with its competition.

As a whole, Mystic Pop-Up Bar was a pleasant, light-hearted watch. Its interesting premise and exploration into the concept of an afterlife adds to its appeal. Furthermore, the strong performances of its cast shine in each episode.

However, the drama has difficulty shining in comparison to the other releases this year. Its excessive skits and humor scenes were often unnecessary and dragged the storyline to a halt. Moreover, the plot had many twists and revelations that were only addressed at the series end. It would have been enjoyable if the show devoted itself to exploring these from the very beginning to make its conclusion more satisfying and feel less rushed.

The series would be a good fit for anyone looking for an entertaining break from heavier dramas, or for someone in need of a feel-good story. 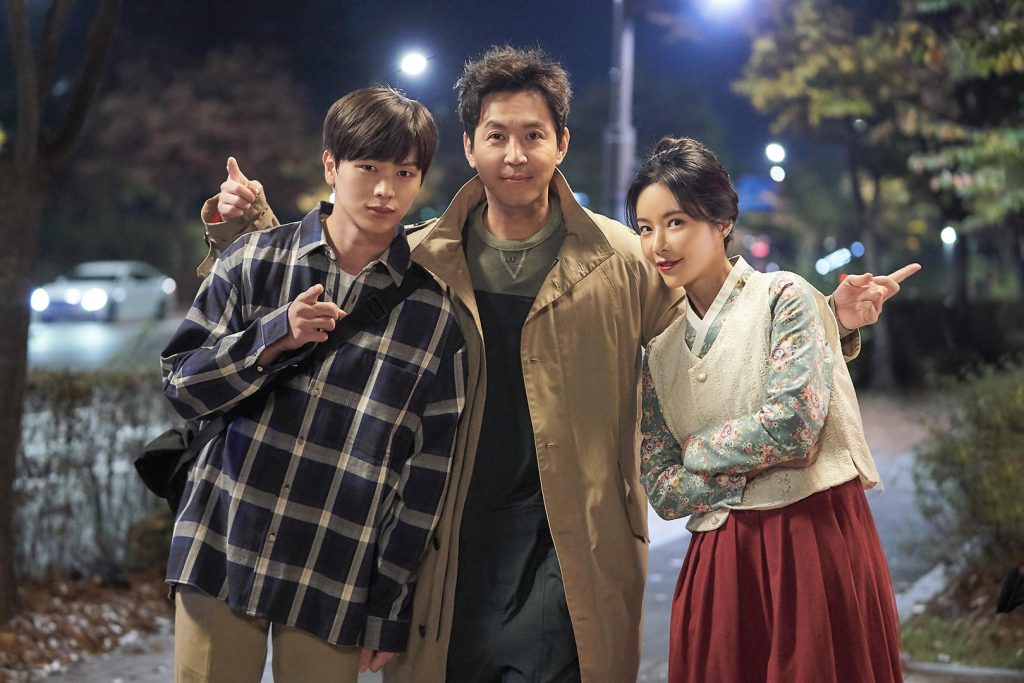