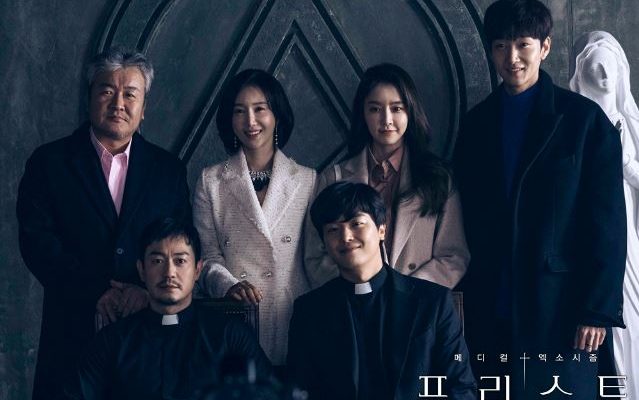 634 Regia fought and won against the malevolent spirit, however, none of them is left unscathed.

Father Moon is able to obtain the name of the evil entity and to save Oh Soo Min from full possession. However, while Ham Eun Ho regains her memories, Soo Min loses his.

Defeating the evil spirit surely takes a lot from the members of 634 Regia. It exhausted them, physically, mentally and emotionally. For some, the price has been too high, yet the overall outcome is worth the sacrifice. 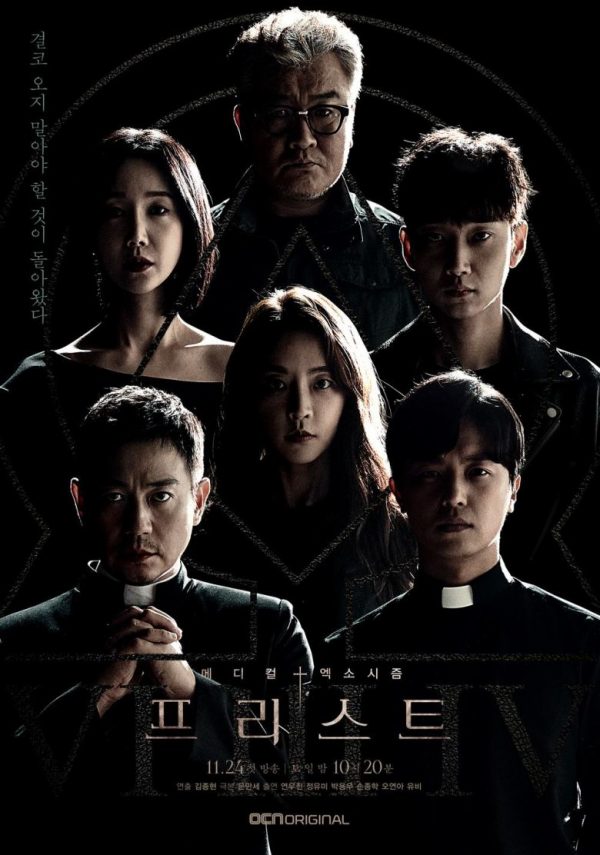 Priest had its highs and lows. However, the drama’s strengths certainly outweighed its weaknesses. It’s not perfect but it was still an enjoyable drama to watch.

SCIENCE AND RELIGION CAN COMPLEMENT EACH OTHER

The thing that I like the most in Priest is that it was able to tell a story that highlighted how medicine and faith can work well together. Modern thinking has somewhat scoffed at some religious beliefs and practices, especially in the field of medicine. However, in Priest, it connected some illness to be that of an evil spirit’s wrongdoing. Sometimes there are things that even modern science can’t explain. I love how, Eun Ho, despite being a forward-thinking medical practitioner, accepted that. She was a non-believer at first, but circumstances opened her eyes.

Members of the 634 Regia were also able to recognize and to acknowledge the importance of having someone, a professional, to tend to the injured. 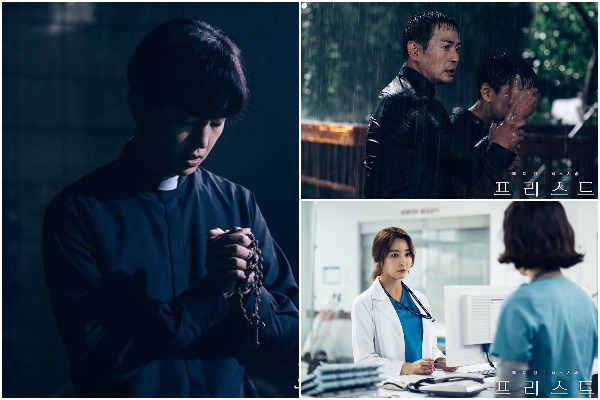 This part of the narrative had taken up pretty much the entire series. When the evil entity trapped Soo Min in his subconscious, he took the viewers with him. A lot of things transpired within Oh Soo Min’s dream. I thought it was a good twist when the drama reveled it to be just that – a make-believe world. The dream sequence was the part where viewers saw what happened with Soo Min and Eun Ho in the past. It had also given viewers a glimpse of what would happen if 634 Regia failed to defeat the evil entity. We saw the deaths of the characters we learned to care about. The inclusion of that long dream sequence was essential to the narrative and it made the drama unique. It gave the drama an added shock value because everything in that dream sequence felt true. 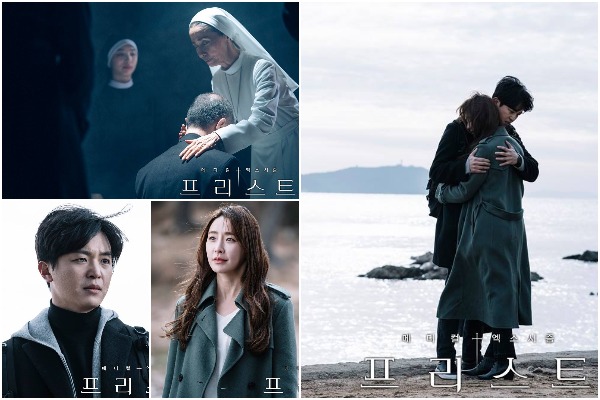 The members of the 634 Regia were all essential to the story’s progression. As a viewer, I rooted for each of them, but it was such a letdown that there were little back stories for them. Father Moon (Park Yong Woo) played an integral role in Oh Soo Min’s life but was not given enough spotlight. Yes, there was a scene or two that briefly showed Detective Koo and Ms Shin’s pasts and what made them join 634 Regia, but it was not enough.

I understand they are supporting cast and the story was really about the main leads. But, we can’t undermine each character’s impact in the story’s progression. 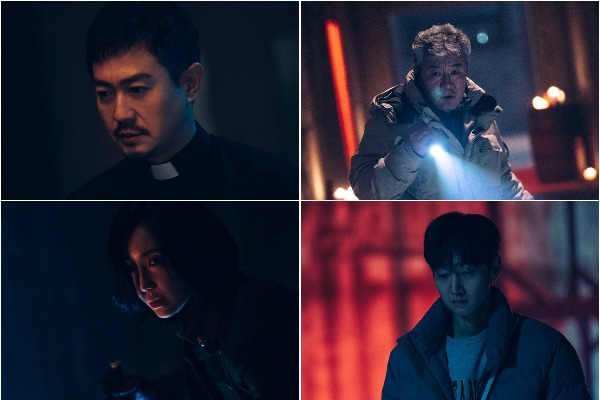 Overall, Priest is an enjoyable watch. It has enough frightening and gory scenes that fans of horror genre can appreciate. It also has conveyed messages that we can apply in our day to day lives. Life is hard, that much is true, but when we find something or someone to fight for, it seems we can endure anything. Oh Soo Min and Ham Eun Ho have great love for each other that they are willing to let go of their memories as long as the other continues to live safely.

From the start, the drama established the connection of Oh Soo Min (Yeon Woo Jin) and Ham Eun Ho (Jung Yoo Mi). Though they couldn’t recall knowing each other, these two kept meeting. It seemed that an external force had been drawing them towards each other and the reveal was quite awesome. I love the flashbacks as it shows the extent of their feelings for each other. 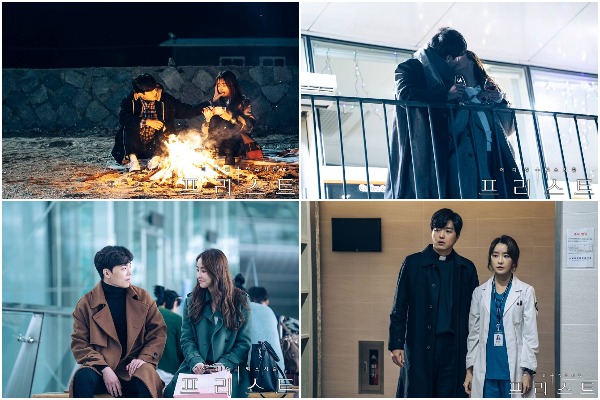 They were a normal couple who were leading simple lives and happy doing the things they love. The evil being’s machinations thwarted their happiness. Their love for each other was so deep that you could easily understand the reason behind their decisions. Oh Soo Min knew that once he let the evil spirit in, he had to give up something important.

Their love story was beautiful and bittersweet. But both recognized that they could not have what they used to have. Oh Soo Min is a person who knows the pain of losing someone as he did, losing his mother at a young age. Going through the same ordeal with the woman he loves, he knew what was at stake. It was painful but a necessary sacrifice. 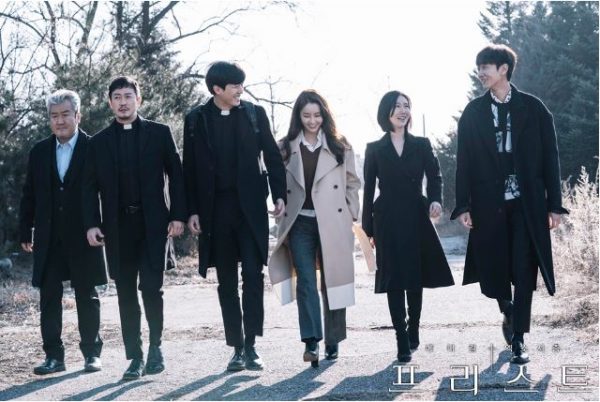 It was apparent Soo Min got torn between his feelings for Eun Ho and his vocation. Although his faith never wavered, it was such a human thing to do to weigh his options. It did not mean he turned his back on his faith. The same thing goes for Eun Ho, when she decided to join 634 Regia. Despite of Soo Min having no memories of her, she was willing to live through it as long as they are together. She recognized the sacrifice Soo Min did to defeat the enemy and it was the best she can do.

Oh Soo Min and Ham Eun Ho’s story is a reminder that there are different kinds of love. Sometimes life gives us the ending we expected, but sometimes we also get the exact opposite. For Eun Ho, loving Soo Min meant letting go of the life they could have.  Instead she opted to create a new one having him by her side and that was all that mattered.

Hellokpop, as an independent Korean entertainment news website (without influence from any agency or corporation), we need your support! If you have enjoyed our work, consider to support us with a one-time or recurring donation from as low as US$5 to keep our site going! Donate securely below via Stripe, Paypal, Apple Pay or Google Wallet.
FacebookTwitter
SubscribeGoogleWhatsappPinterestDiggRedditStumbleuponVkWeiboPocketTumblrMailMeneameOdnoklassniki
Related ItemsJung Yoo MiOCNpark yong wooPriest K-Drama ReviewPriest Korean drama reviewrecapYeon Woo jin
← Previous Story Park Bo Young Mixes Romance & Reincarnation With Ahn Hyo Seop In Fantasy Drama “Abyss”
Next Story → K-Drama Premiere: “Legal High” Takes Light And Hilarious Mood In A Courtroom Setting