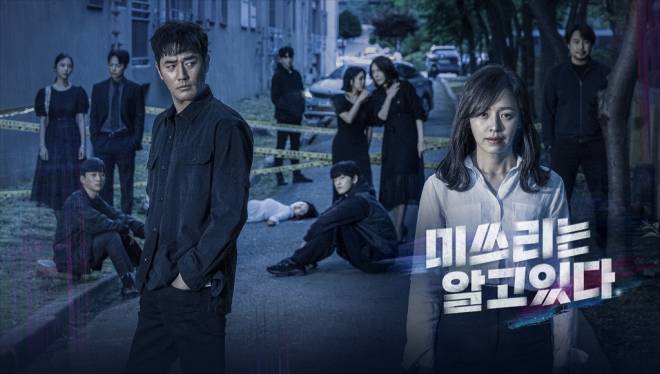 K-Drama Review: “She Knows Everything” Ploys A Puzzling Discovery About Surreptitious Truth Behind A Murder

She Knows Everything is a mystery-crime miniseries that tracks the puzzling murder incident an an apartment complex.

The slow-paced yet completely stupefying plot of She Knows Everything give rise to the mind-boggling questions of the suspect’s real identity among the four potential suspects likely to commit the crime. The series became the winning script of the 2019 MBC Script Contest. 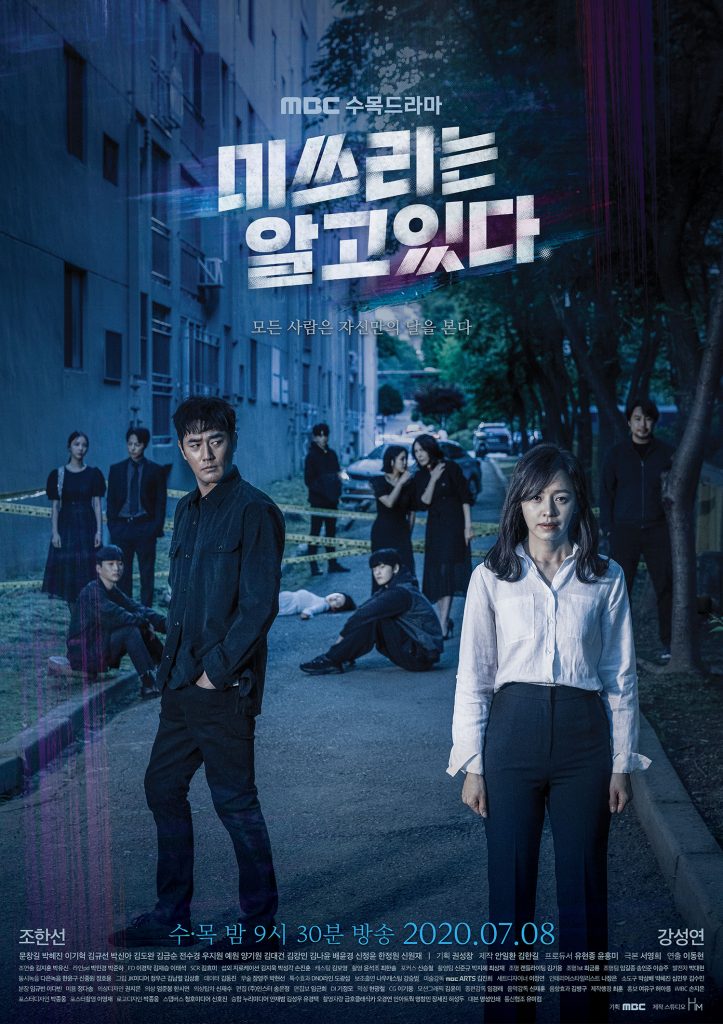 RELATED DRAMAS: HELL IS OTHER PEOPLE, NOBODY KNOWS, TUNNEL 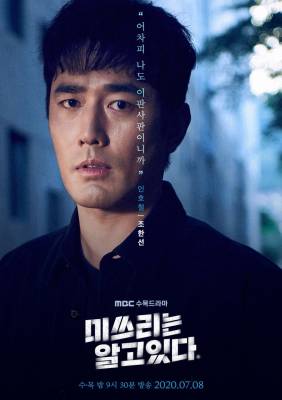 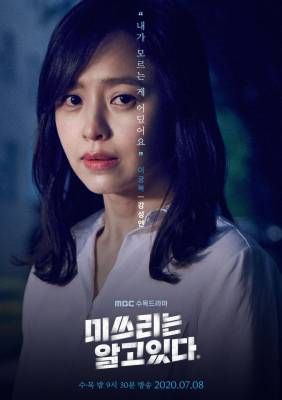 She Knows Everything revolves around the mysterious incident that took place at Goong apartment complex which is under reconstruction.

Miss Lee (Kang Seung Yeon), a real estate agent is on her way out for work when she suddenly saw a woman’s dead body in front of the building she lives in. It was Yang Soo Jin’s (Park Shin Ah), one of the tenants of the apartment.

With their quick-witted judgement and intrusive personality, Miss Lee and detective Ho Cheol search for the real culprit in their own method while protecting the people they care the most. 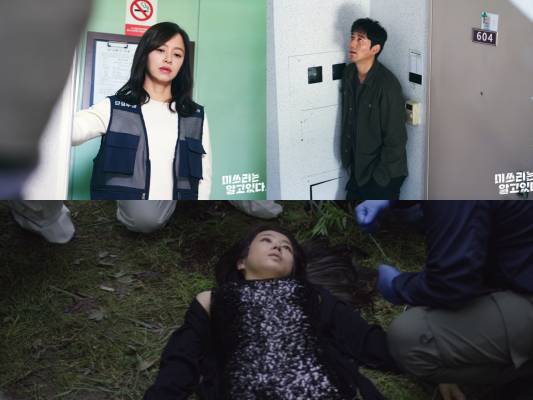 In a mind-blowing manner, She Knows Everything has a thought-provoking way of introducing the possible suspects of the murder. While it painstakingly threads on revealing the murderer, the scenes involve connecting-the-dots that will lead to the concealed truth.

The race towards the discovery of Soo Jin’s murderer is perplexing mainly because it presents four different suspects plausible of committing the crime.

First culprit is Seo Tae Hwa, the son of the owner of Goong Real Estate. Growing up in the same apartment building with Soo Jin, Tae Hwa later develops a crush on her. He wants to have a romantic relationship with her but rather gets pushed away. Right before Soo Jin falls to death, he goes into her apartment unit agitated. He was present at Soo Jin’s house at the time of the murder.

Bong Man Rae (Moon Chang Kil), the elderly head of the Goong Apartment housing reconstruction association is the second suspect.  When things make slow progress, people blame and become suspicious of him. Oddly, the day after Soo Jin dies, he put his house on sale and gives up his position. He strangely has Soo Jin’s cell phone. 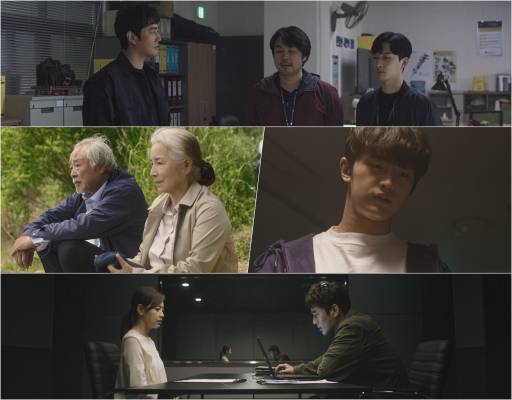 The third culprit is Lee Myung Won, Soo Jin’s boyfriend. He is criminal case prosecutor at the Seoul Southern District Prosecutors’ Office. Also, he is the son-in-law of H construction, the company hoping to get the reconstruction job of Goong Apartment. When he thought he can live with her happily, he found out that Soo Jin is the daughter of the woman he killed in the car accident.

Han Yoo Ra (Kim Gyu Sun), the fourth suspect, is the daughter of the CEO of H Construction. After being involved in a hit-and-run accident, she gets transferred to the social contribution team of the company. During that time, his husband, Myung Won starts having an affair with Soo Jin and gets Soo Jin impregnated. 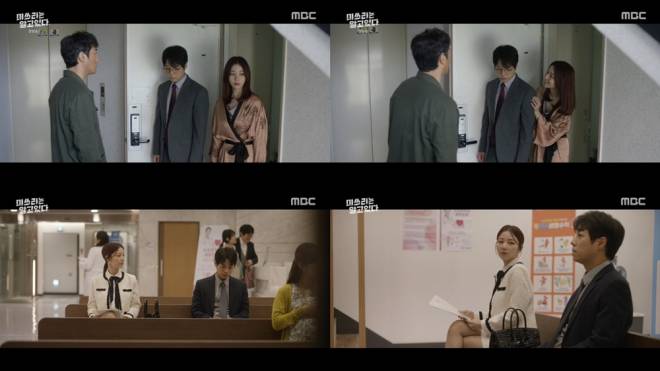 Despite being a mystery and crime-themed drama, the thrilling factor did not overpower its emotional ending. Though the culprit’s downfall is not gratifying, the drama then reaches a heart-rending denouement. It also pictures the characters’ tragic pasts that leads to where their current situation are.

Through flashback scenes of the younger days of Miss Lee, it has been revealed that Seo Tae Hwa (Kim Do Wan) is actually Miss Lee’s son.

In the initial episodes, Tae Hwa acts rough towards Miss Lee, knowing that she is just his childhood nanny. And because of the rumors about Miss Lee being his father’s mistress, Tae Hwa rebels and misbehave. However, despite Tae Hwa’s harsh treatment to her, she continues protecting and caring for him because he is her son. 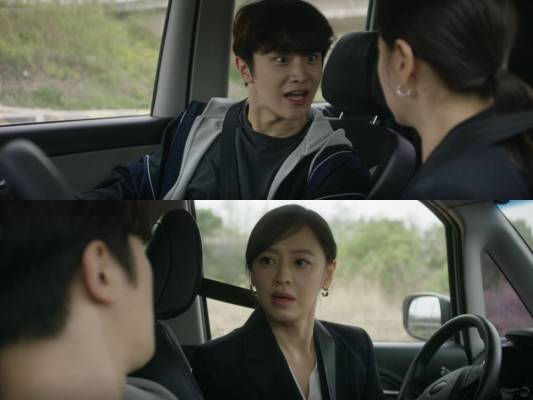 In Ho Cheol, who appears as a righteous and responsible detective turns out to be corrupt and dishonest.

When Lee Myung Won (Lee Ki Hyuk), his biological brother, became the culprit of a car accident, his brother beg him to conceal the accident and wrap up the case, which he did. The car accident includes Yang Soo Jin’s (Park Shin Ah) mother, Yoon Myung Hwa (Kim Keum Soon).

But before the predicament of both brothers, they grew up apart due to their mother’s death during childbirth. 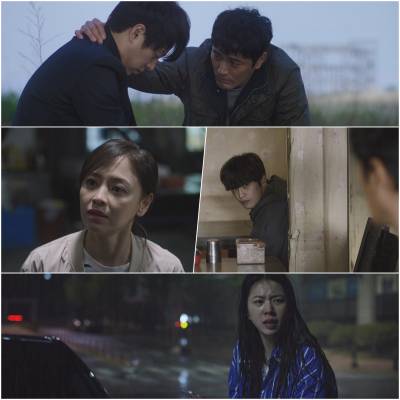 Running a total of four hours, She Knows Everything is perfect for your K-drama binge-watch list. Despite its dawdling pacing and numerous scenes that are completely lacking in thought process, its mystery-driven narrative will make you think of your own theory of who the real culprit is.

The drama begins with giving clues so viewers can speculate the identity of the culprit. In my case, when I became so sure of who the murderer’s identity is, the truth turns out opposite and beyond what I expected.

While it features several jaw-dropping moments in the latter episode, the series has pushed me on the edge of my seat while waiting for the truth to manifest. The flaking effect of revealing the identity of the murderer drive the series into its most intriguing state ever.

Through its last-hour blindsiding outcome, the drama winds down into an unexpected emotional closure. Its inner essence and moral will make you contemplate about life’s bittersweet reality.

Watch She Knows Everything on Viu.