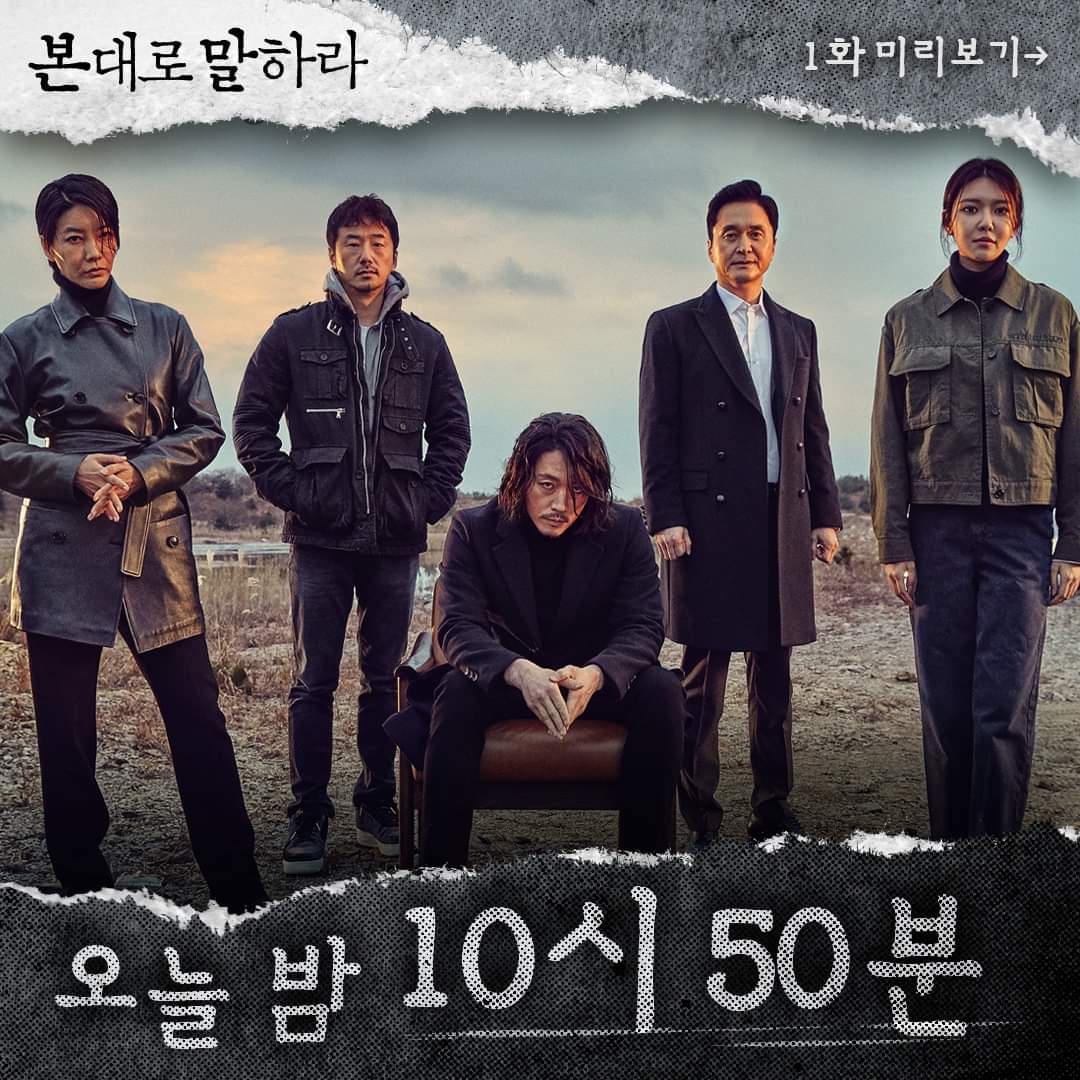 K-Drama Review: “Tell Me What You Saw” Thrills With Riveting Confrontations Of Cops Chasing A Smart Serial Killer

Tell Me What You Saw revolves on the story of a police team chasing a skilled and dauntless psychopath. Uncovering the villain’s roots, the police force summons strength with the help of a police officer who has a special ability. 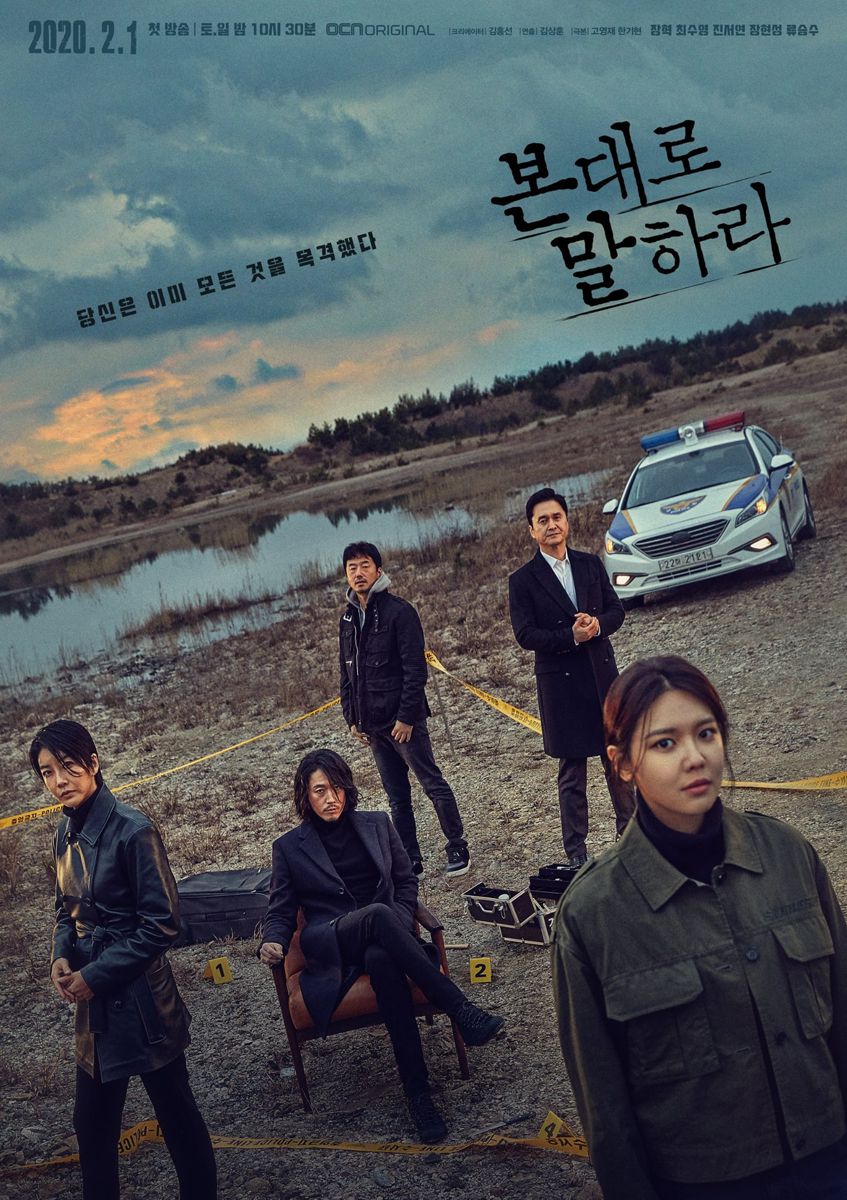 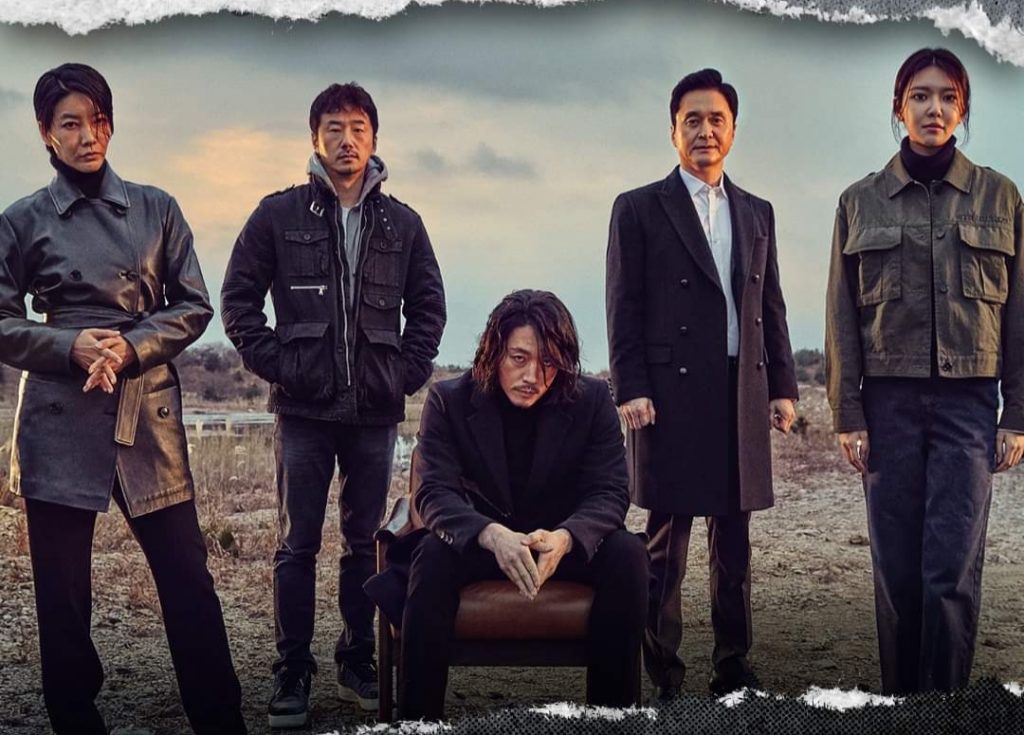 The truth lies underneath. One must have the courage to find it. Tell Me What You Saw threads on contrasting bravery – one merciless and atrocious – the other hopeful and enduring.

Jang Hyuk acts the role of Oh Hyun Jae, a genius profiler who questions the loss of his fiancee in a crime scene. Together with Cha Soo Young (Choi Soo Young), a rookie detective searching for answers about her mother’s death; they were led to the same person who would close the burried guilt and pain in their hearts. 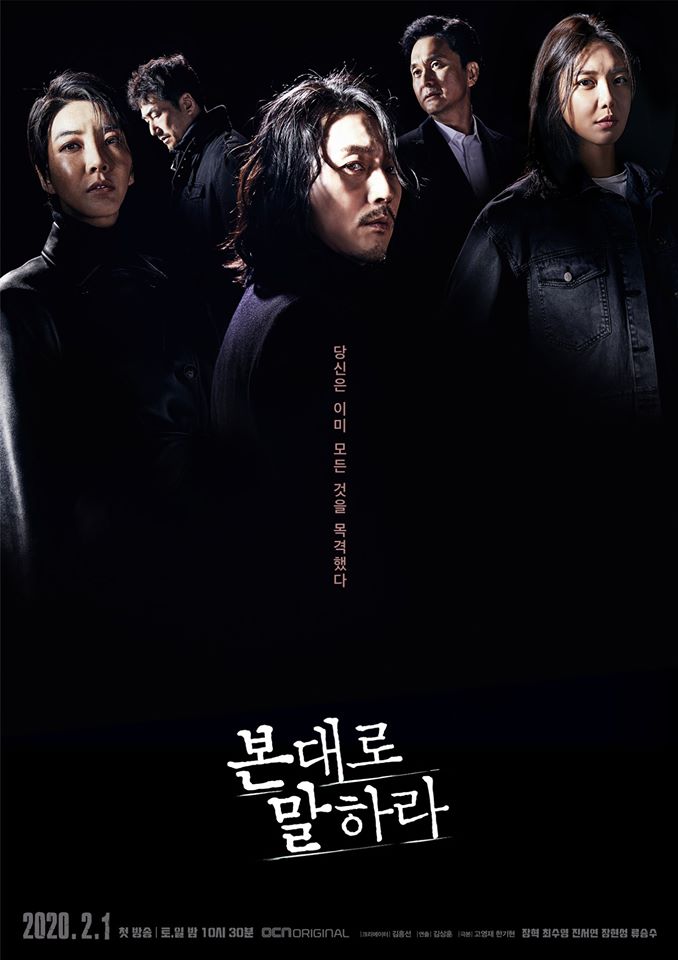 Oh Hyun Jae is a genius criminal profiler who has solved many cases. However, an equally smart serial killer caused him to witness the death of his lover in an explosion. The case was closed with the public believing the killer also died in the explosion. 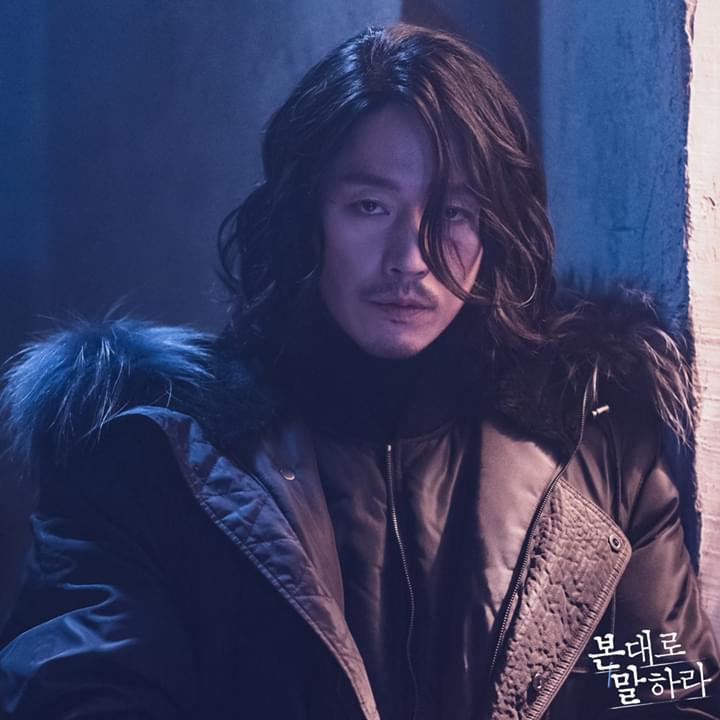 After the unfortunate accident, Oh Hyun Jae disappeared and starts living in isolation. Wondering why the serial killer would kill his fiancée, he continues to investigate behind the scene.

He communicates with Hwang Hwa Young (Jin Seo Yeon), the team leader of the Regional Investigation Unit (RUI) who has a secret yet to be revealed. 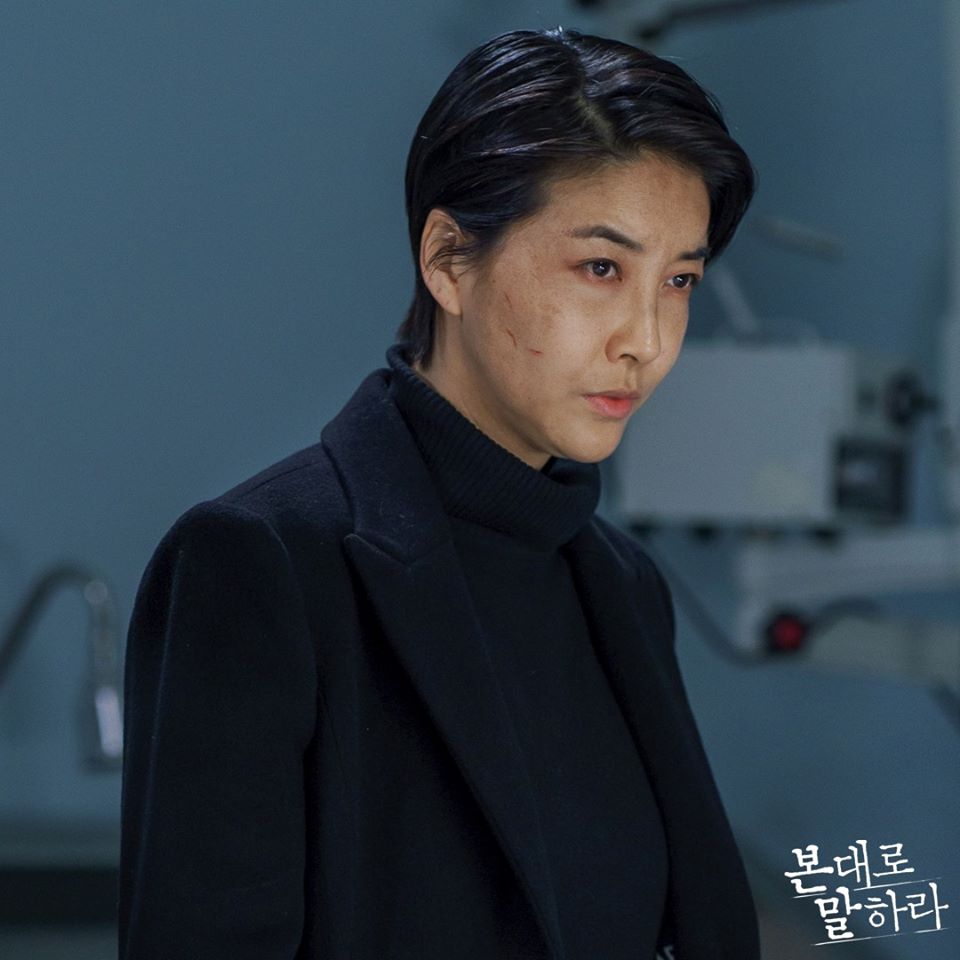 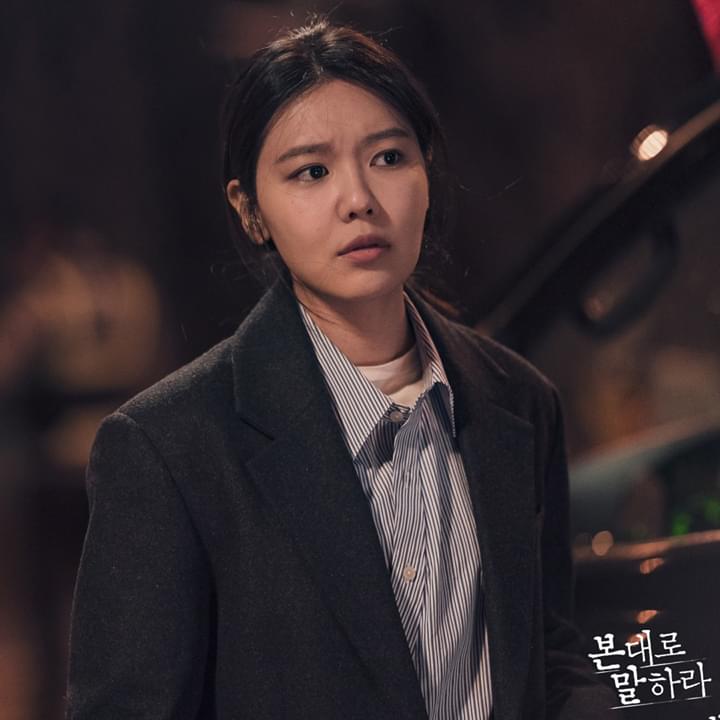 Meanwhile, Cha Soo Young, a police officer from the countryside joins the team due to her photographic memory. Her special ability helps solve cases including the notorious serial killer who resurfaced after five years. 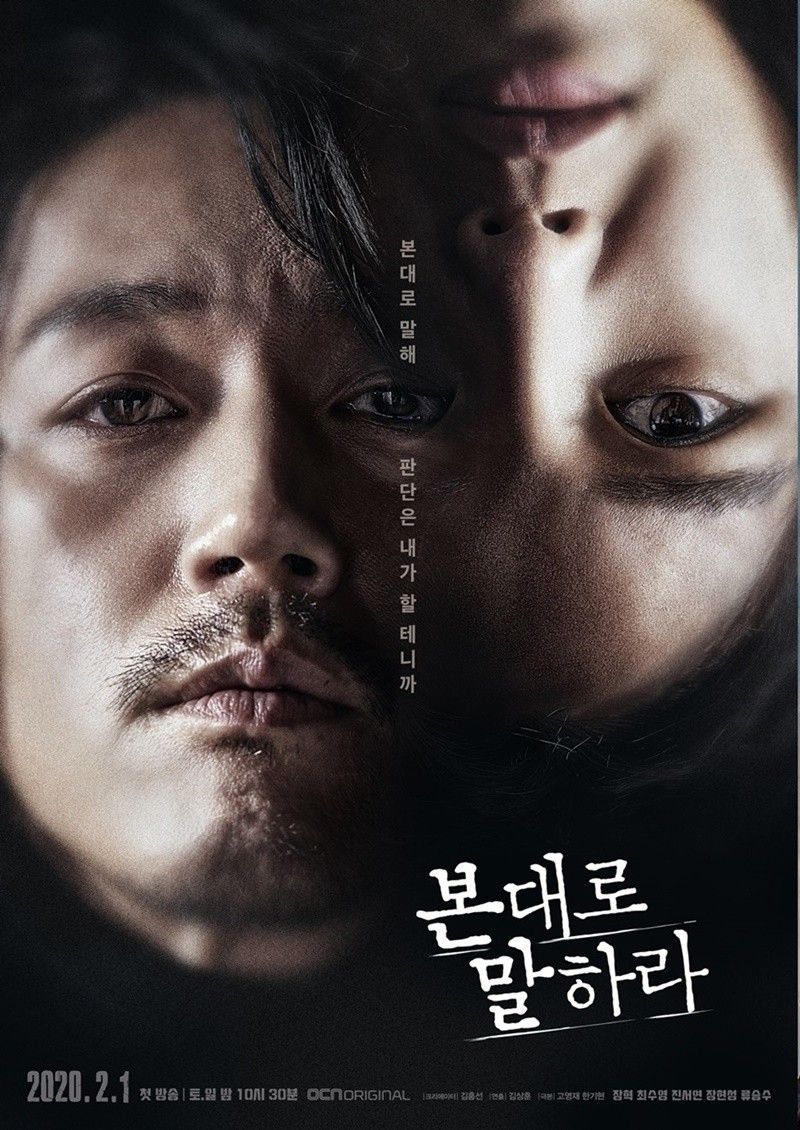 For several crime themed Korean dramas, viewers watching a murder scene would expect it to end immediately. For example, one stab and the victim dies from over bleeding. However, this drama shocks its audience with slow, excruciating death scenes.

The scenes where the serial killer executes his signature move of choking his victims capture the disheartening facial reactions of the victims about to face death. Vividly displayed, their hands tug on the wires wrapped around their necks show their desire to live.

Along with their legs moving rapidly in panic mode. Their eyes are bulging and their faces are red as their breaths start drawing away from their bodies.

With such murder scenes lasting for seconds, you can see what a psychopath this serial killer is. He plays with his victims, wanting the kill to last long so he can enjoy every second of it.

It makes some viewers feel uncomfortable from its grotesque depiction. Though, for some, it is a pleasant eye-shocker of seeing how realistic the drama is. 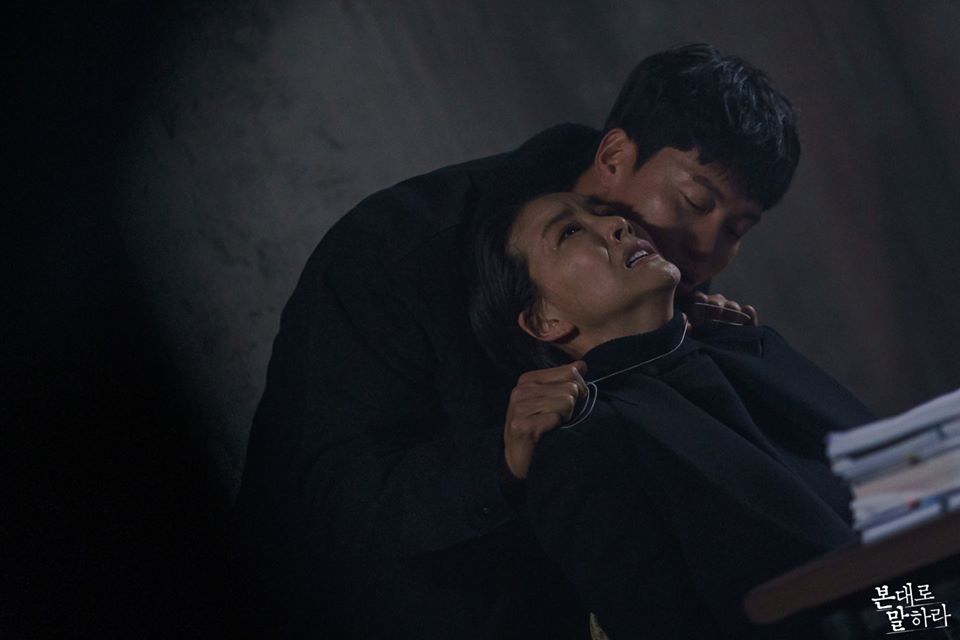 Of course, who doesn’t like to see detectives fighting criminals? Viewers are able to enjoy awesome action-packed fighting scenes throughout the drama.

Undoubtedly, other cases are given to the crime-fighting squad in their journey of finding the serial killer. Not only does the drama presents realistic crime scenes, but also some other atrocious acts often targeting the weak and the children. Examples of those are the delusional mother who lost her child and the pedophile on the loose. 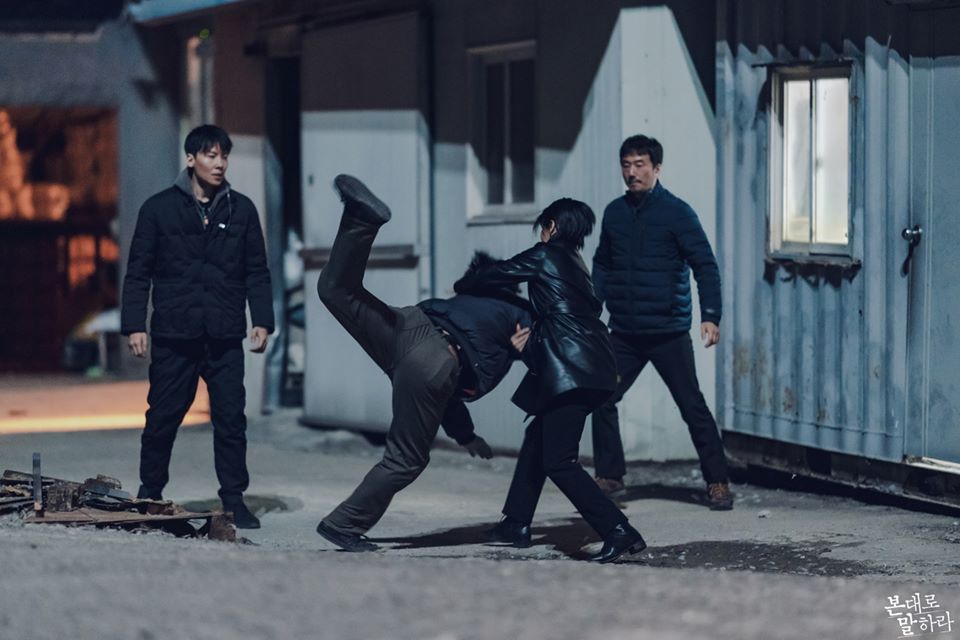 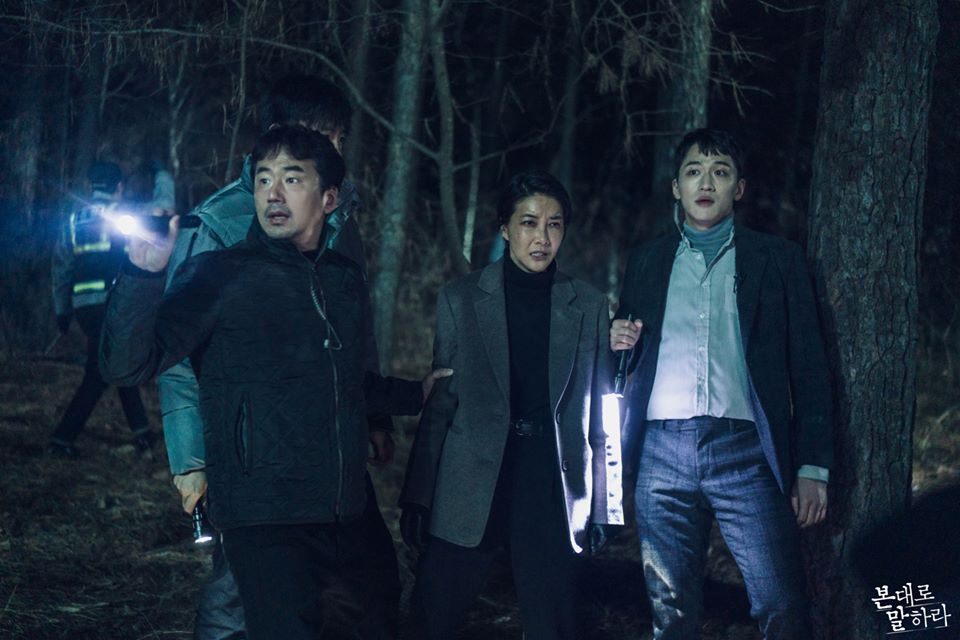 One of the most important aspects of a film is how well the actors portray the role given to them. Tell Me What You Saw does not disappoint its viewers with the cast.

Hwang Hwa Young is shown as a strong woman but in reality, she has a vulnerable side that she hides secretly. Her role is depicted well with moments when she leads the team and faces the crime head-on.

However, her brave persona contrasts with the panic attacks that she suffers from and a hidden trauma that will never go away until it’s been resolved.

Not only does Hwa Young have a trauma background, but also Soo Young and Hyun Jae have theirs too. Hyun Jae secludes himself because of the explosion incident with his fiancèe.

His hiatus from police work reflects how much it had affected him. Still, he demonstrates his strong will to capture the serial killer upon learning that the villain is still alive. 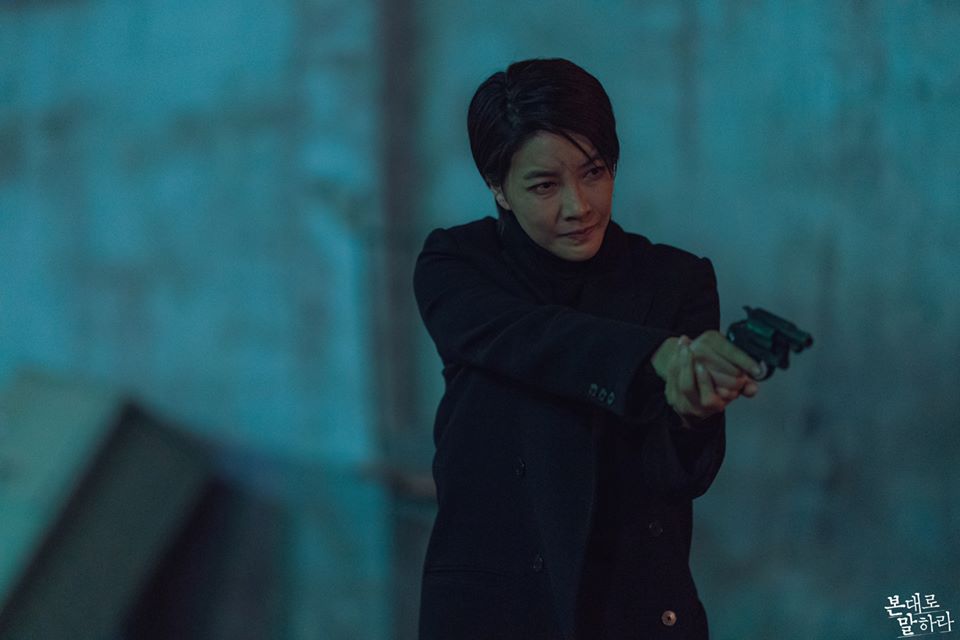 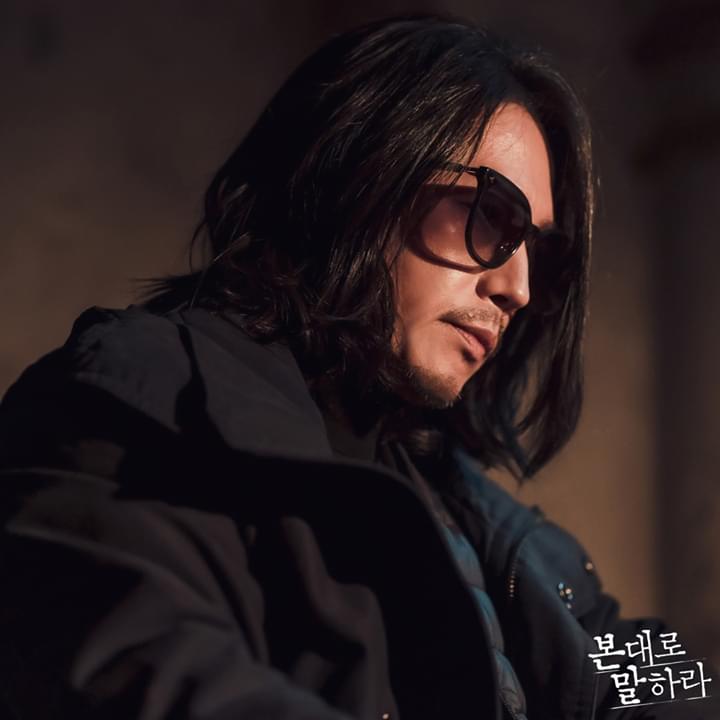 What brings light to the Mucheon Metropolitan Police Agency is Cha Soo Young. She became a police officer in order to find the hit-and-run driver who took her mother’s life.

Having mute-parents, she is empathetic to her oath. Unlike some police officers who are more set on providing the police organization a good face, by taking on solvable cases and not having the compassion to help the victims.

Soo Young is a courageous woman for doing her best in all cases because she knows each victim is someone important to another person’s life such as a relative or a friend. During a break from work, she goes home in the countryside where there’s a kidnapping case.

Instead of relaxing because it is not her case, she still goes to the scene and assists in bringing the child home safely. Clearly, her warm heart shows what the ideal police officer should be: putting the victim first.

Before she joined the RUI, communication within the police force is poor. There are secrets hidden from one another. Some detectives are confused while working because each person is doing their own thing and wanted to catch the killer on their own.

Soo Young and her team’s effort to keep the teamwork is essential in solving cases. It eventually guided them on the right track of catching the serial killer. Near the end, viewers can see the improvement in the team as they collaborate with all their skills as one. 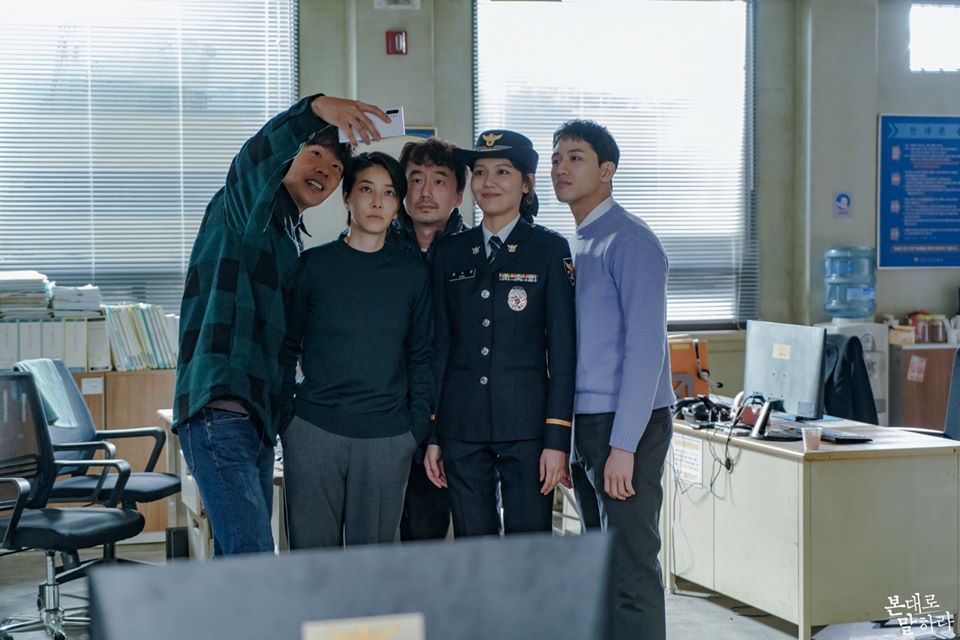 Tell Me What You Saw Series Afterthoughts

Although Tell Me What You Saw had some predictable “I knew this was going to happen” moments, there were some plot twists that one could not have expected.

One would be surprised as to who the serial killer is because he was hiding behind a mask the entire time until he chose to reveal himself. Nevertheless, there are some deaths that were inevitable, creating emotional scenes that brought tears to the eyes of the audience.

It’s fascinating to think about how some cases seem unrelated to the serial killer case. But as one keeps watching the drama; there’s a fine line that connects these cases – which brings on an investigative motion for viewers to try solving the case. 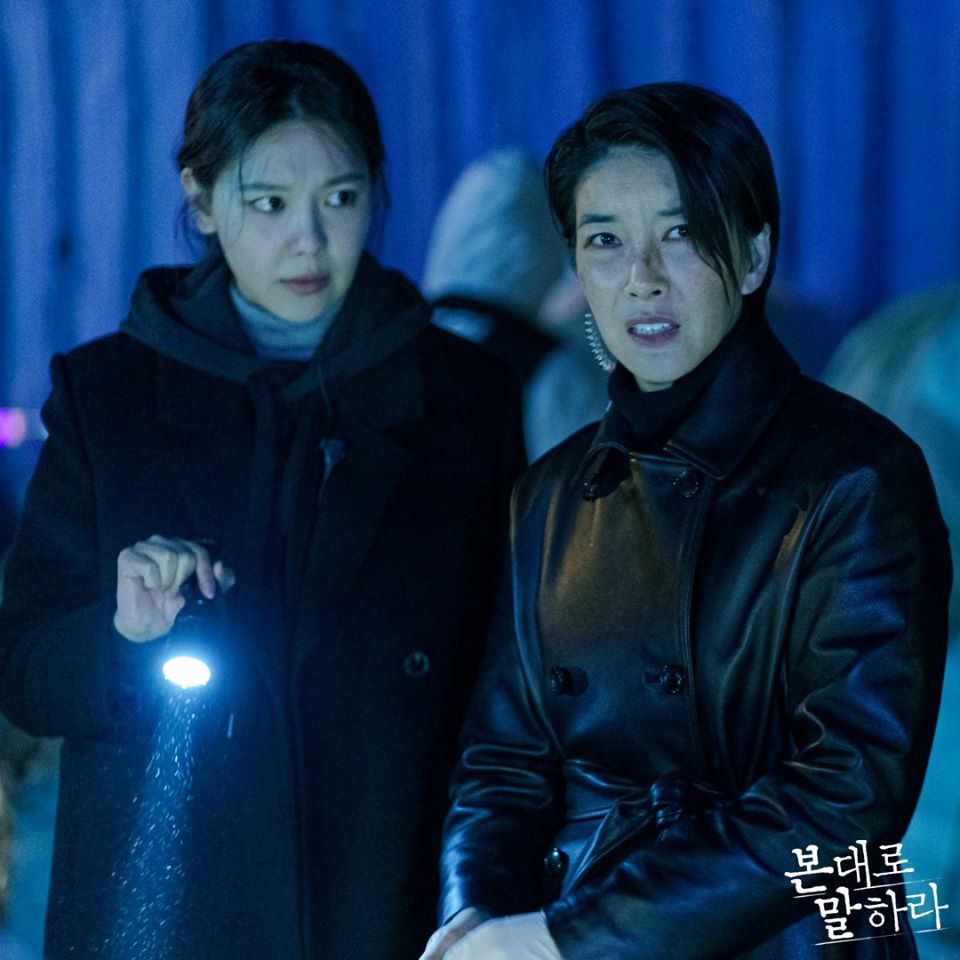 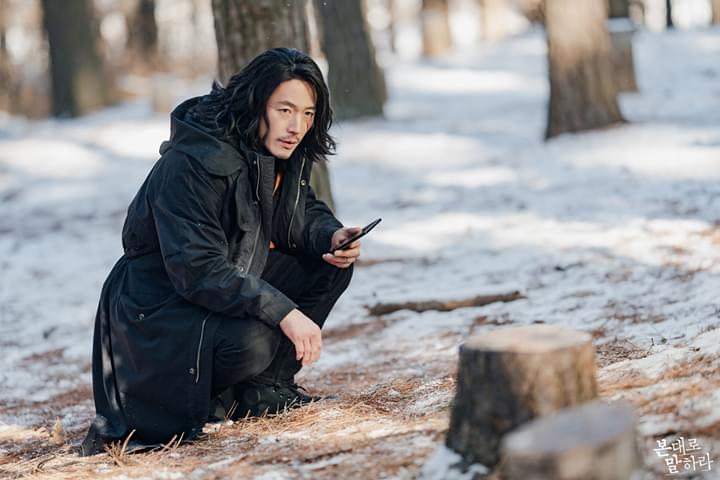 The drama brought the question of nurture vs. nature: what motivates a murderer to commit to heartless and irreparable actions? It sheds light to what makes someone who they are. If it is based off from how they grew up or where they grew up?

The drama gives one an idea as to what the answer is by providing a background story that makes the audience ponder deeply. The actor, Eom Moon Suk who played the role of the serial killer did a spectacular job as a villain. It was frustrating yet intense to see the police struggle on capturing him while he’s toying around with them.

Tell Me What You Saw joins the long list of spectacular suspense Korean dramas. OCN, well-known for its crime series, once again did not disappoint its audience.

Despite the taxing duration of how long it took to catch the serial killer, because each person wanted to catch him on their own without collaborating, it is entertaining to watch the sneaky movement of the antagonist.

He displayed a picture of a vile man that puts off a kind face translating to how in our world, there are psychopaths out there that we wouldn’t know because they can fit well, manipulating the thoughts of others.

Some scenes were heavy on the gore which as said before, can be disturbing but in the midst of the crime-fighting, there were some pleasant scenes for viewers to watch and smile along.

The drama is a package of happiness, sadness, and fear. Something to note is the ending, everything was wrapped up pretty quick which felt rushed.

Overall, the drama is astonishing for not making one feel dull with intensified combat scenes. Furthermore, each case that comes up and the journey to catching the serial killer is as intense as it is satisfying.