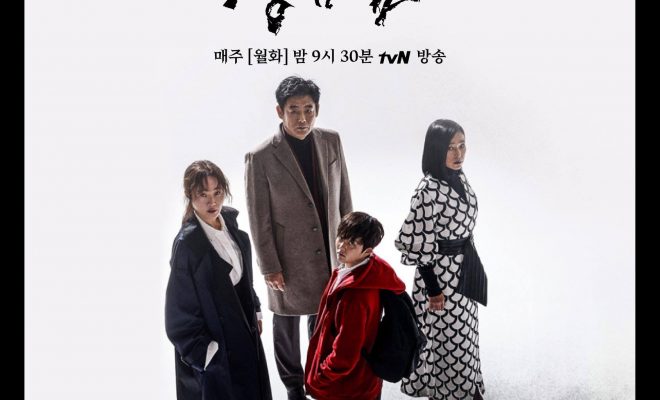 Firmly perched on an eerie note, The Cursed raises an addicting trepidation caused by its solid cliff-hangers

On its 12-episode run, The Cursed presents the idea on how vengeance is driven by greed, yet ironically springs from an urge to protect the people we care about.

Related Dramas: The Guest, The Priest 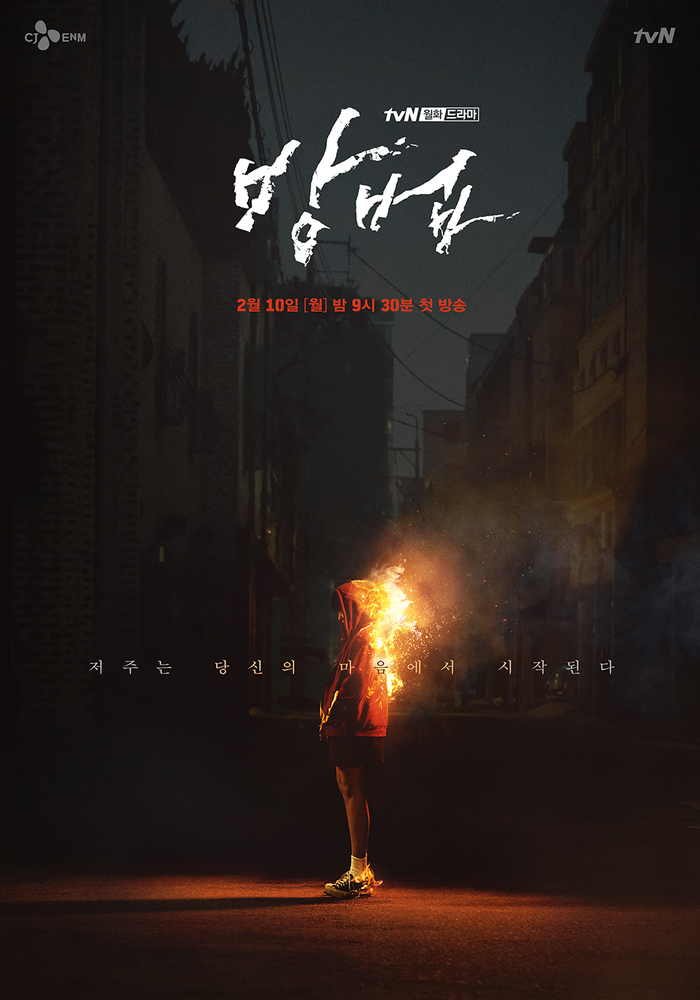 Hats off to tvN for another riveting series in The Cursed. Bravely deconstructing the world of Shamanism, its small and efficient cast propelled a continuously intensifying narrative that sedates viewers to stay until the end. While the series might not appeal to the general audience, The Cursed is such a breather from the usual patterns of South Korean dramas abundantly aired in the recent years.

Produced by Studio Dragon and Lezhin Studio, tvN’s newest series notched a palpable plot direction. The inviting premise hooks right away credit to how it established the link that will bind the characters on its onset. 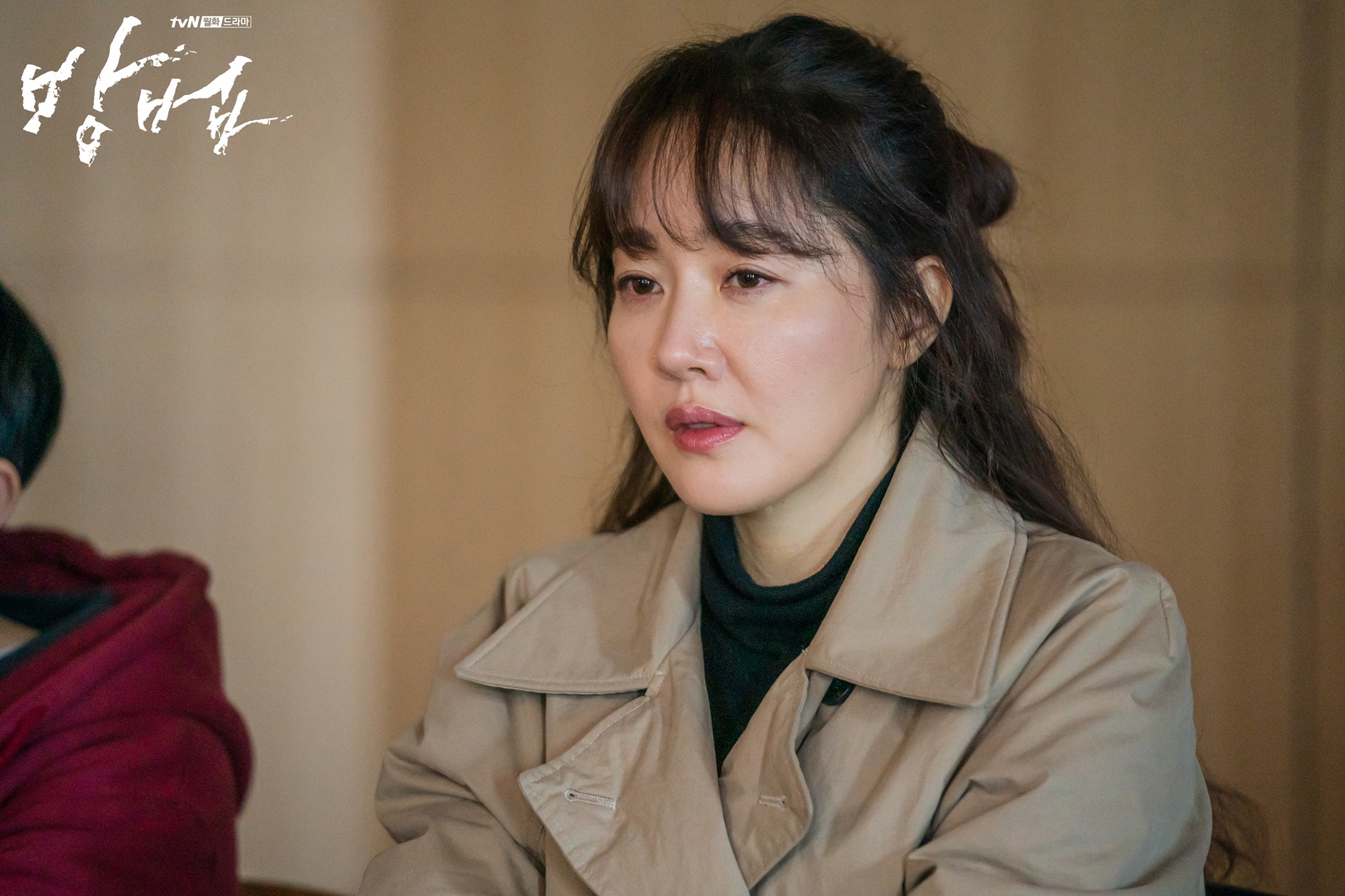 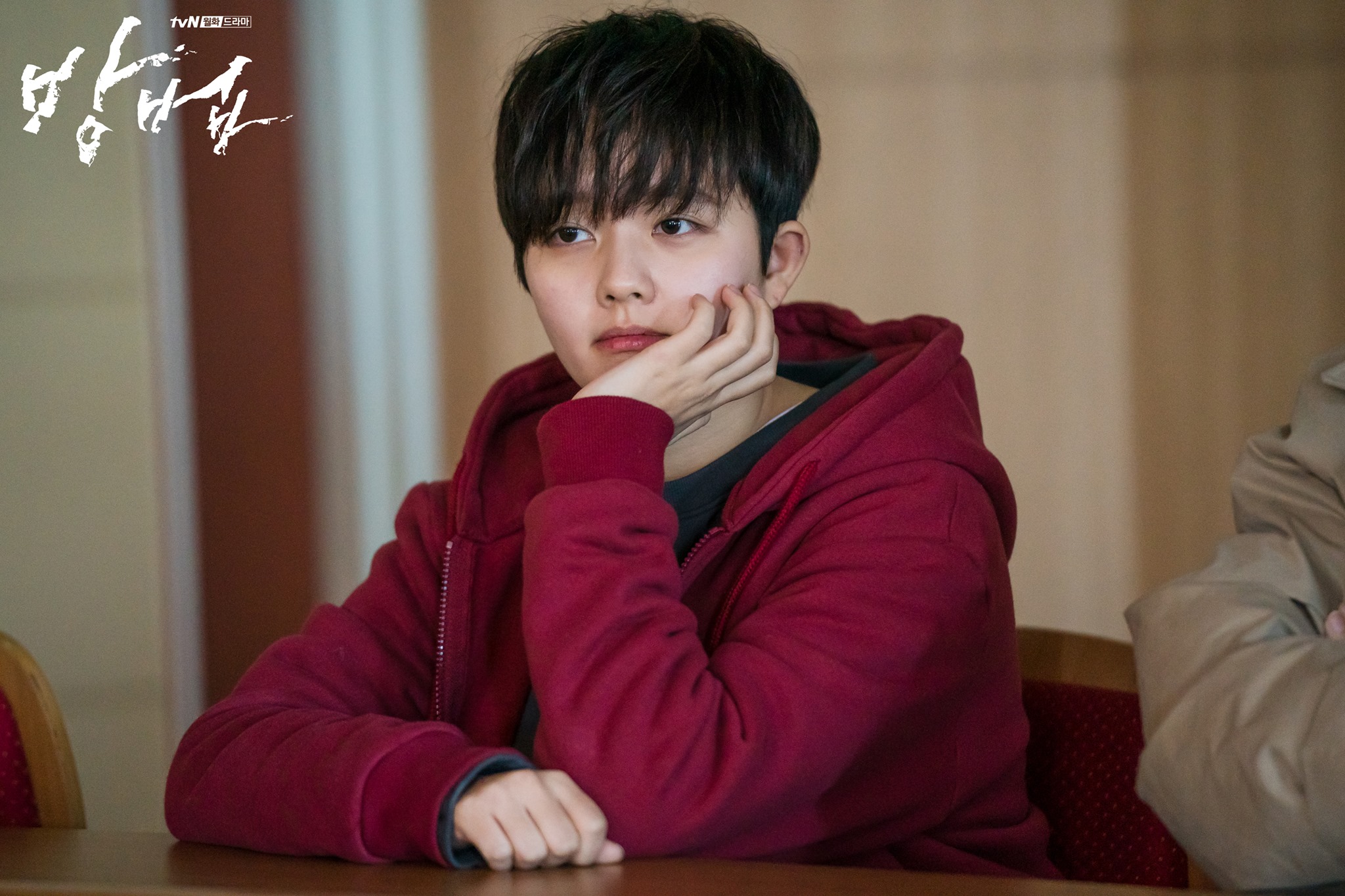 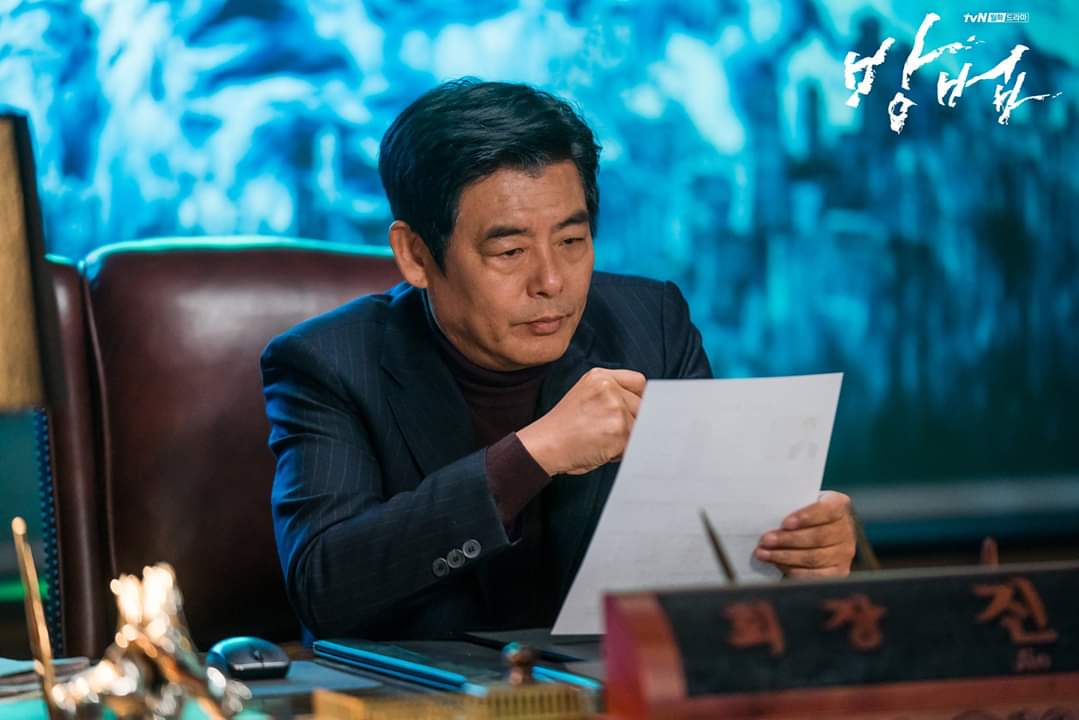 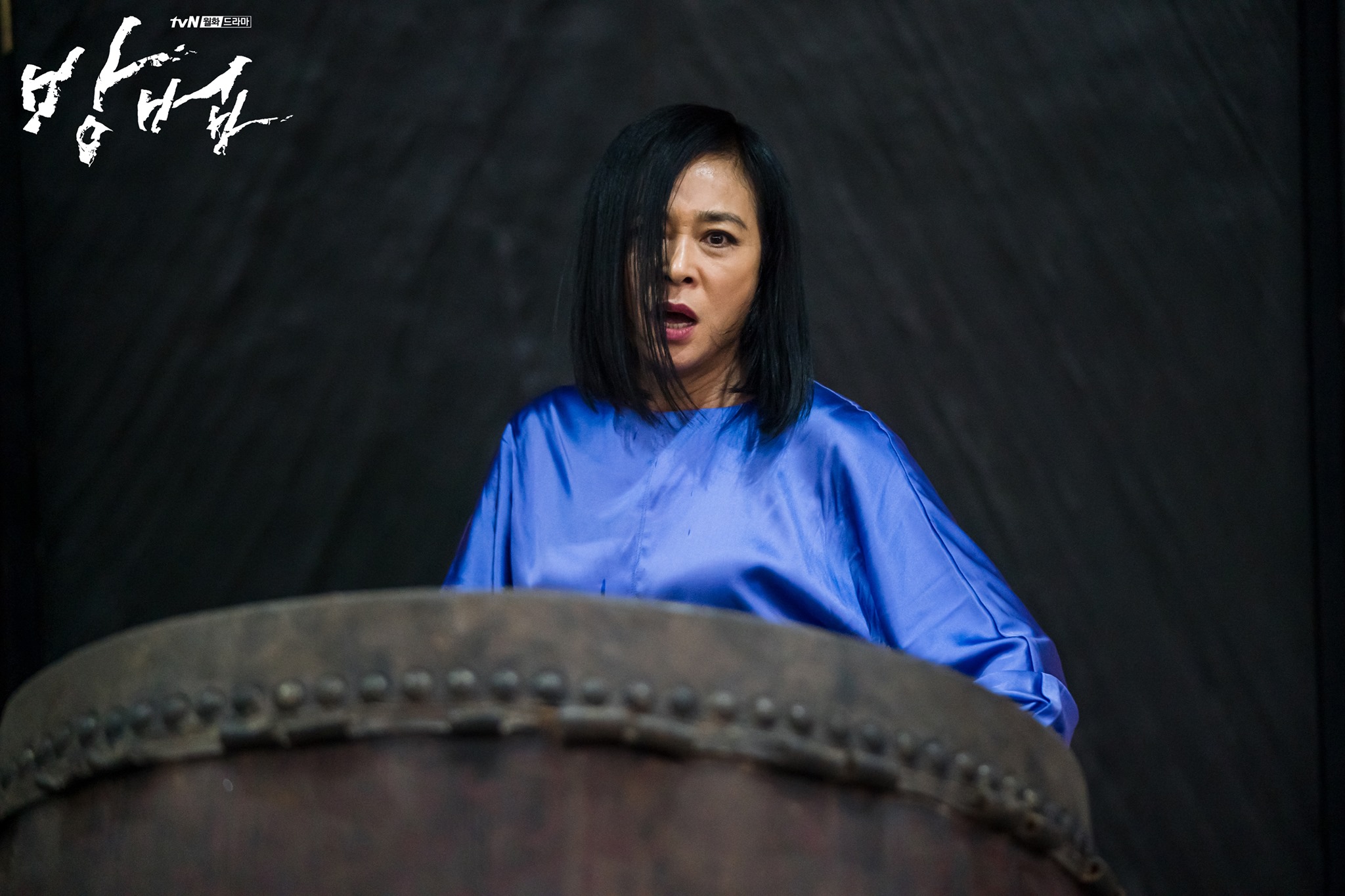 In a remote area in the mountains, a mother and her child manage to survive daily life by practicing Shamanism. The child, Baek So Jin, is possessed by a great spirit that her power to curse has reached popularity far and wide. Thus, people who desperately hold a grudge towards someone seek their service.

After So Jin and her mother finished a deal one night, unexpected visitors come to visit. They spot So Jin’s mother who wallows in alcohol outside the house. A shaman named Jin Kyung (Jo Min Soo) proceeds to order one of the henchmen to kill So Jin’s mother while a man silently watch his people wreak havoc.

Running for her life, So Jin goes to the back door as the uninvited visitors burn their house. 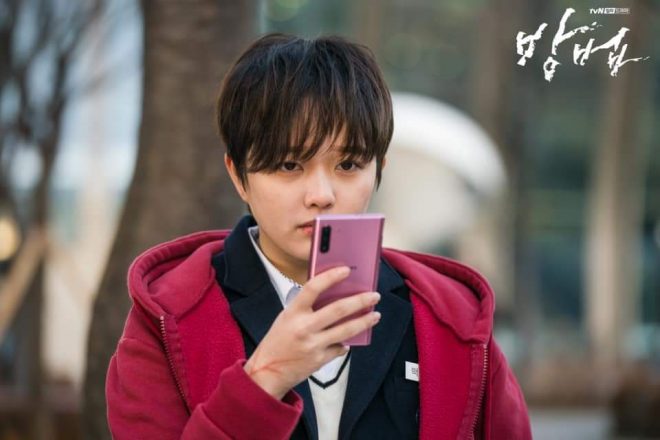 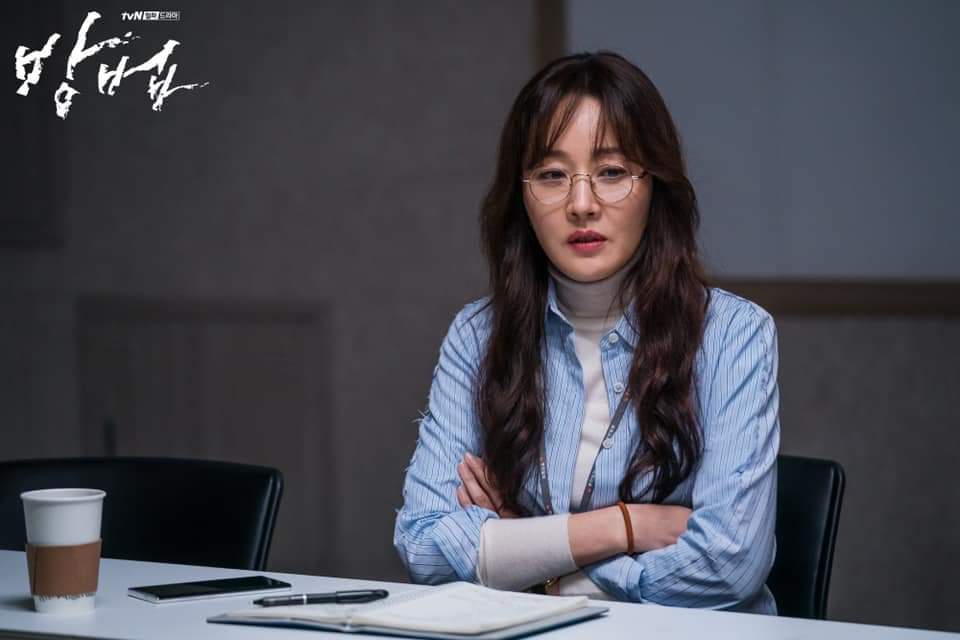 A decade worth of vengeance

10 years after, So Jin (Jung Ji So) browses on her mobile phone. A vein-like scar on her stretching on her forearm is prominent.

Meanwhile, Im Jin Hee (Uhm Ji Won), a passionate reporter working for a daily newspaper meets a witness to a story she is working on.

It involves, Forest, a huge IT company which shot up to unprecedented success in the last 10 years. Its company CEO is Jin Jong Hyun (Sung Dong Il). He is the man So Jin’s mother served a possession ritual. However, an evil spirit was summoned to take over his body. Inevitably, CEO Jin and Jin Kyung proceeded to eliminate her.

Jin Hee learns from Forest’ whistle-blower that he was assaulted under the order of CEO Jin. He also opens up about a shady subsidiary company housed by the business. That company feeds the off beat fascination of CEO Jin to Shamanism, which in actuality came in natural due to the CEO’s bedeviled nature.

Stumbling on more atrocious deeds the business does furtively; the police force which Jin Hee’s husband Jung So Joon works for, reactivates the case. That puts Forest to an agitating situation because the business going public is at stake.

While So Jin, Jin Hee and So Joon work together to bring down CEO Jin, the latter is set to an evil plan. Ultimately, a battle of dark-spirit haunted individuals settles the score for a worthy retribution. 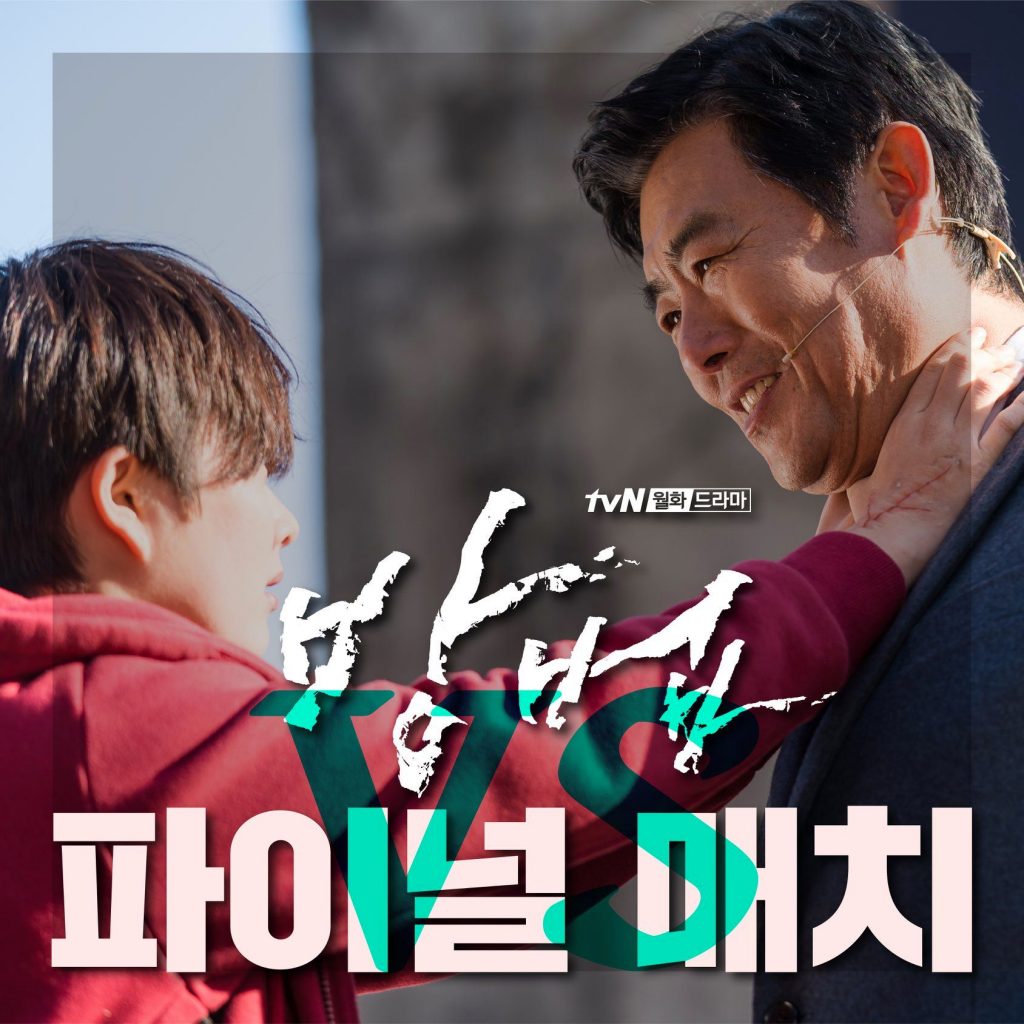 A narrative that makes viewers entrenched

While the series might not appeal to general audience, The Cursed is such a breather from the usual patterns of South Korean dramas abundantly aired in the recent years.

Shamanism and dark magic layer the narrative projected for the tvN series. Although, it might not conveniently beguile because of its chilling vibe, it smoothly casts a spell once you decide to sneak a quick watch.

After all, a young woman, who is keen to avenge her mother’s death through a showdown of spirit powers against a shrewd possessed CEO, is enough reason for fans of spooky stories to add the series on their watch list.

Notably, it has also tapped formidable characters who suit up to their roles with efficiency. Using underdog theme plus good-versus-evil element; the thought of seeing it in literal and supernatural ways makes the narrative even more interesting. 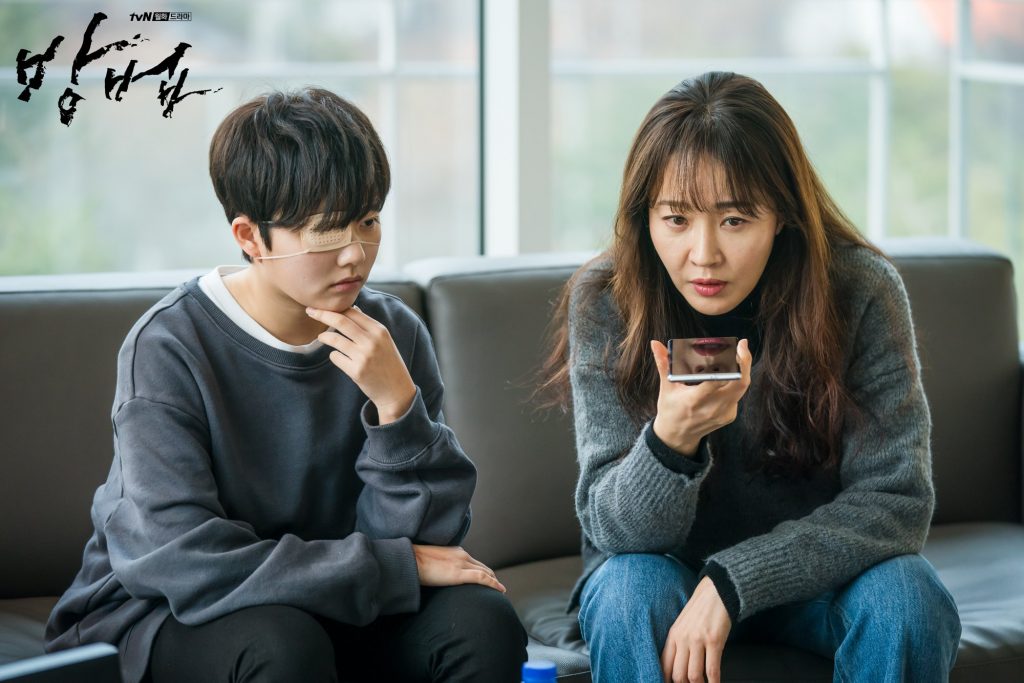 Gravitating is not a big enough word to describe the efficient cast of The Cursed. The protagonists and villains have established an outwitting game utilizing supernatural element. Thus, attributing to the locking effect while steadfastly cheering for the heroes.

Interestingly, So Jin and Jin Hee, are not your textbook pure and unadulterated heroines. Their dark sides, which was propelled by their goal to serve justice, make their characters even more engaging.

On the opposing end, CEO Jin and Jin Kyung are forces to reckon with. They are as smart as the lead heroines with vicious tempers that know no bounds. As long as they can get to the fullness of their atrocious ploys, they disregard whether they kill innocent lives. 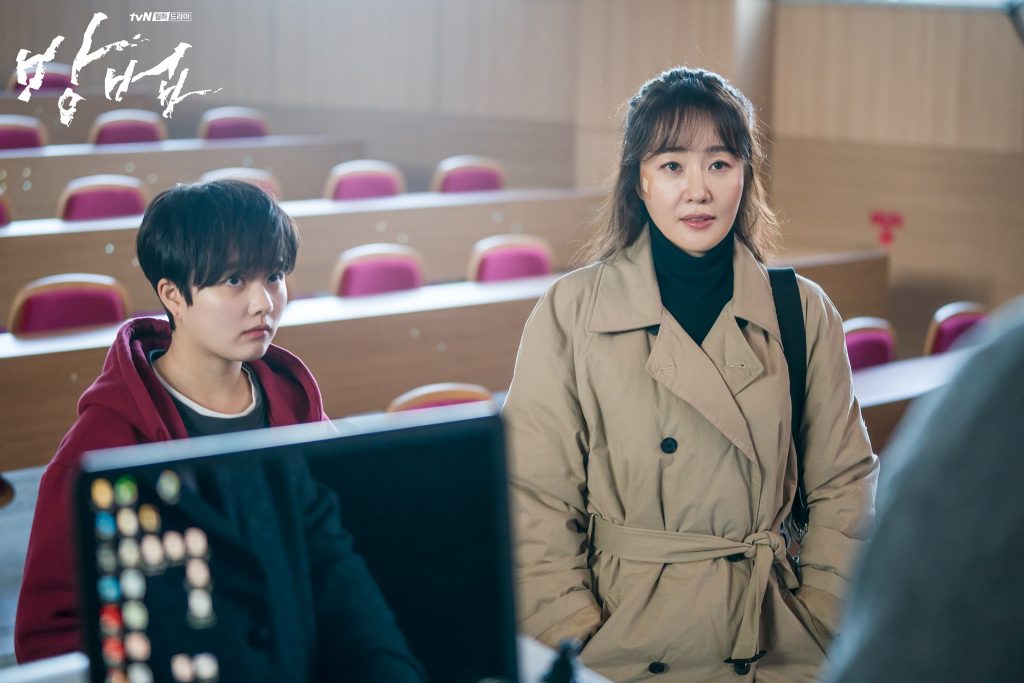 Strangely creating an incurable hook for The Cursed is how the characters moving in the story are not the typical upright individuals. That asserts the connection to be more pragmatic because its underlying message directs to human’s evil nature. From So Jin and Jin Hee’s side, who are not outright wicked, they resort to corrupt ways to be on an equal footing with the antagonists.

The idea of presenting the “hate culture” prevalent in the society these days was visualized in the “forest of curse” part of the series. A supposed to be honorable IT company pushes a social connection by inviting people to voice out their frustration. Through a social media platform, they can tag someone they hate and wish for misfortune to befall the person.

As part of the end game of the main villain, it touches on how easy for people to hold grudge, whine and feel bad about things not in their favor. Rare is the effort to resolve issues calmly for the reason that no one wants acknowledge reasons that do not make them happy.

Citing examples like bad boss, school bullying, workplace oppression, the vision of the antagonists aims to feed on the negativity yielded from progressing development of enmity among people. In a way, it criticized the disheartening way of life that has exponentially grown due to the irresponsible use of social media.

Up front The Cursed might appear to be just a shaman story, but mulling on its implied message makes you question the kind of life you lead, especially if you have integrated social media to a point where it impacts your real relationship. At the same time, it also reminds us to keep our humanity intact as the basic responsibility we have as a person.

Always upholding fairness and justice, Jin Hee knows that resolving her indignation towards her senior at work and CEO Jin with execution of a curse is unacceptable. Yet, she surrendered because quelling her anger by playing nice won’t make her find peace.

Complexly drawn, So Jin easily generated sympathy from me owing to her back story. Her arduous life as a child, whose only goal is to avenge her mother’s unfortunate death, oddly made me feel happy that she has a power that can come handy in her plan to exact her revenge. For that reason, her fortitude to commit herself to sacrifice herself and turn a new leaf after ultimately defeating her nemesis was gratifying.

Admittedly, while CEO Jin is inseparably linked to shaman Jin Kyung, their tandem effectively served their function only when they were together. Individually, the climactic conflict of stopping the spirit-possessed CEO Jin aiming massive annihilation of people tagged in the “forest of curses” pushed a satisfying closure.

However, as I want everything explained in detail, I want to know how So Jin maneuvered through her connection to the spirit possessing both her and CEO Jin to trap it inside her body. The act was noble given that the other solution is for her to perform a procedure on Jin Hee to break the chain of curse. Still, the vagueness is noticeable. But, if it is something to be explored on its next installment, hopefully there is, then, I’ll rest my case.

Remarkably focused on its storytelling, The Cursed closes every episode in overwhelming suspense. Ergo, it nurtures feeling emotionally invested on the flawed female leads.

The relatively small cast and nondescript plot blend to an exceptional work. It felt like watching a long thriller film that you cannot complain about. An open-ended closure of possible continuation hopefully will materialize given how the ghost inside So Jin has not been obliterated yet.

As creepy as the mood of the series was, it was quite interesting to learn about the world of Shamanism. Providing a glimpse of that world through the series, viewers were introduced to executioners of curses and spirit possession.

Accordingly, dramas that brave supernatural elements would need to supply a cohering connection to its modern world premise. A feat impressively achieved by The Cursed. Admirably, linking the mystic deaths to incorporate the police characters went on smoothly while tying the loose ends of the story.

Enlightening the audience to choose forgiveness over holding on resentment, The Cursed also left a painful nudge that there are situations when people opting to be unrelenting and unforgiving is inescapable. Especially when you have given so much patience and understanding.

If you are into chilling stories, a quick run of The Cursed will blow your mind away.