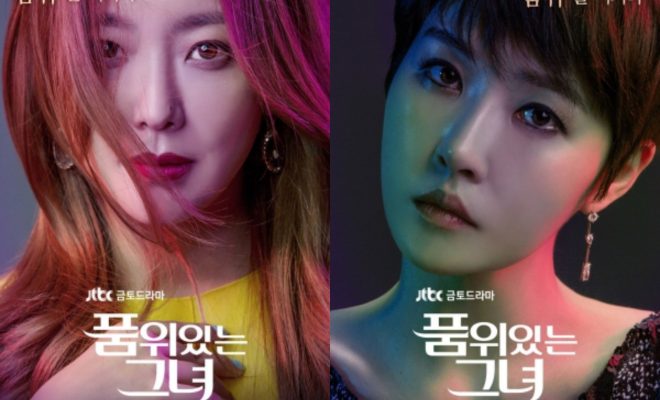 K-Drama Time Machine: “The Lady In Dignity” Plunges Deeply Into The World Of The Hypocritical Rich

A tale of two women with opposing views, The Lady In Dignity takes a jab at the inelegance of the supposedly elegant upper-class people.

In 2017, Kim Hee Sun and Kim Sun Ah became the classy, intelligent women in The Lady In Dignity. Weaved into multiple layers, the drama pinpoints the intricate details of societal class system. 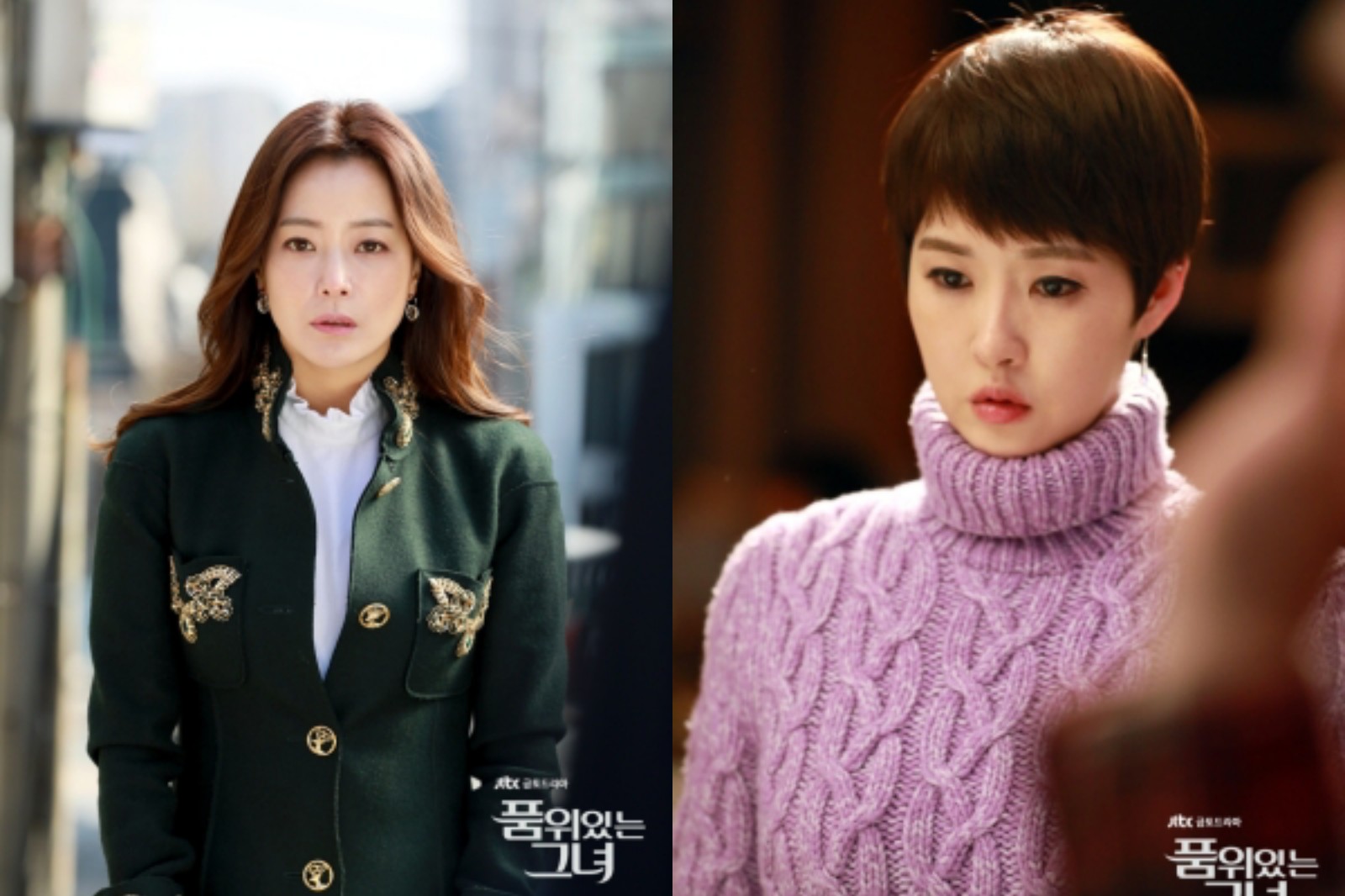 Related Dramas: SKY Castle | The World of the Married

Such was the popularity of this series, that The Lady In Dignity went on to become one of the highest rated cable drama. Additionally, jTBC did a marathon re-run of the episodes. 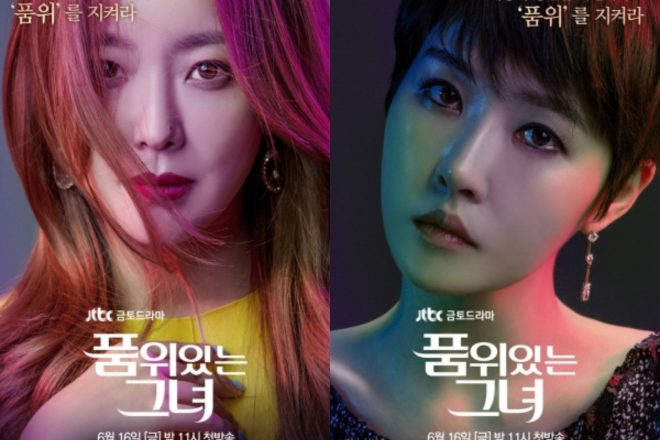 Married to the son of a chaebol family, Woo Ah Jin (Kim Hee Sun) has been taking care of the entire household for a few years. Despite the idiosyncrasies of some of the family members, everything was still going well for Woo Ah Jin and her family.

Things however, start getting awry when Woo Ah Jin hires Park Bok Ja (Kim Sun Ah) as the caretaker for her father-in-law. Turns out that Park Bok Ja has got some ulterior motives and thereupon inflicts lots of sufferings to Woo Ah Jin and people around her. 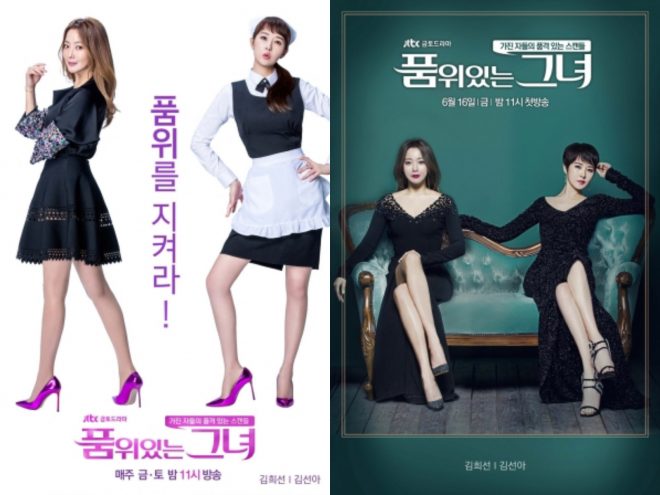 Interestingly, in the first episode of the drama itself, the creators spoil the audience with the fact that the suspicious caretaker, Park Bok Ja gets murdered. Then, it proceeds to show a series of flashbacks starting from the point when Park Bok Ja had her job interview with Woo Ah Jin.

Immediately, after entering the Ahn household, Park Bok Ja begins her conniving plans to climb up the social ladder. With the introduction of more characters, the viewers get to learn that the desire for rise in class hierarchy is not just limited to the new entrant at Woo Ah Jin’s household but everyone itself, which is also one of the reasons why her plans got foiled.

The self-centred characters who constantly has the need to keep stroking their ego, makes this drama an entertaining watch. These people make repeated mistakes yet consider themselves as the bereaved whenever faced with the consequences of their wrong actions. 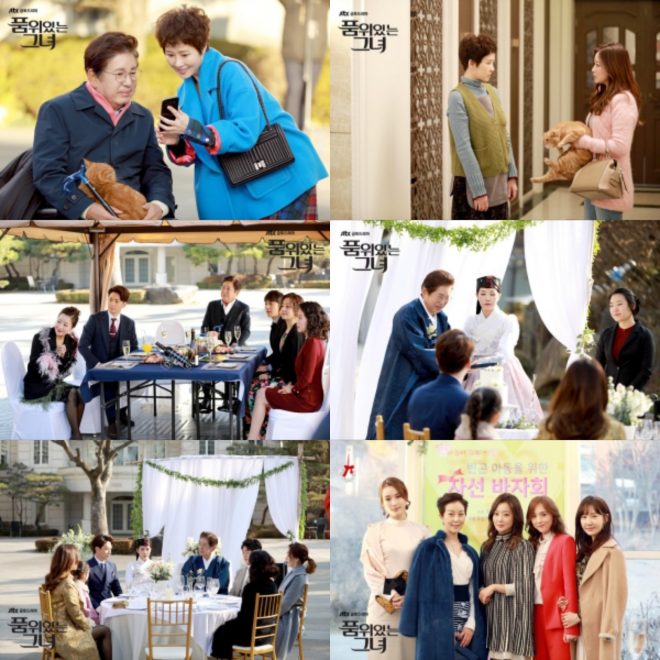 Consisting of a well-rounded cast, the drama brings together a bunch of hateful and pitiable characters. All of the actors have done a great job in playing their part as they sketch different kinds of despicable characters.

But, not all the characters are necessarily evil. Park Bok Ja is more of an anti-hero rather than the villian in the story. Also, Woo Ah Jin and people around her send across a hope that not everything in this world is ugly. 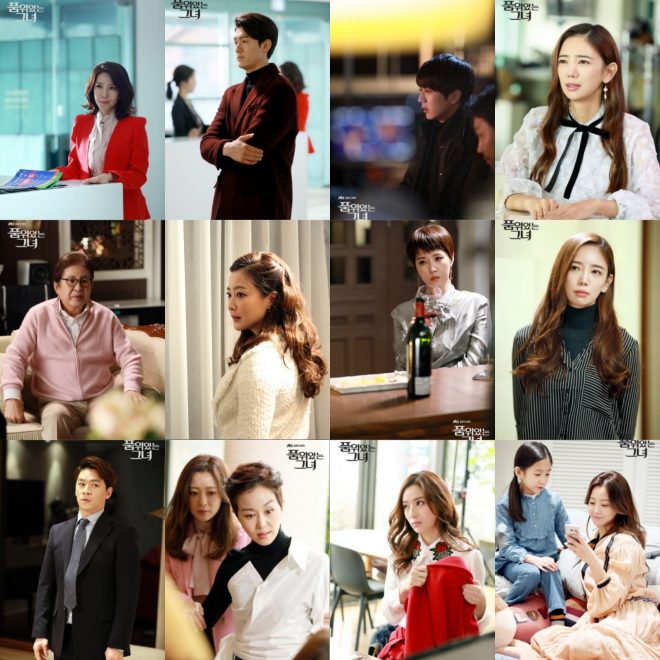 At first glance, Woo Ah Jin appears more of a doormat, who is good at keeping her in-laws happy. However, when faced with a crisis in the form of Park Bok Ja, she becomes fierce and takes charge.

More character development for Woo Ah Jin occurs, when she suddenly has to deal with storm in her marriage caused by her husband’s infidelity. It was quite brave of her to take the decision of divorcing her husband, who would not mend his ways. 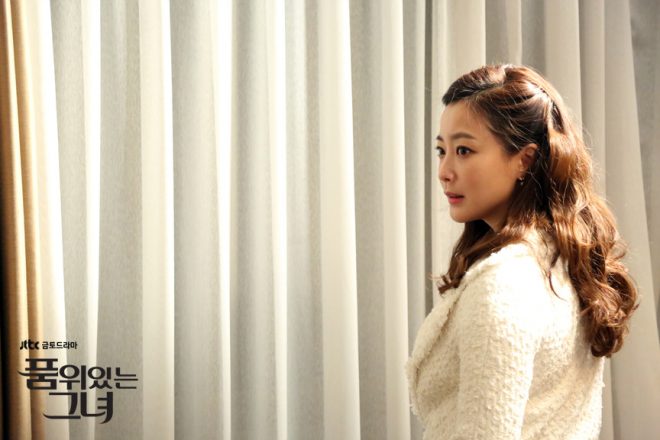 The One Who Dared To Pass Through The Glass Ceiling, Park Bok Ja

Words are not enough to describe, how amazing Kim Sun Ah was with her portrayal of Park Bok Ja, a commoner with big dreams. Partly the reason why Park Bok Ja is not as hateful as others is because Kim Sun Ah expressed the character’s sad perspective so well with her skilled acting.

Also, unlike most of the people in high society, Park Bok Ja possessed a conscience. Well aware of the fact that she is involved in a wrongful act, Park Bok Ja justified it by thinking about her sufferings and wish to be treated as equal. 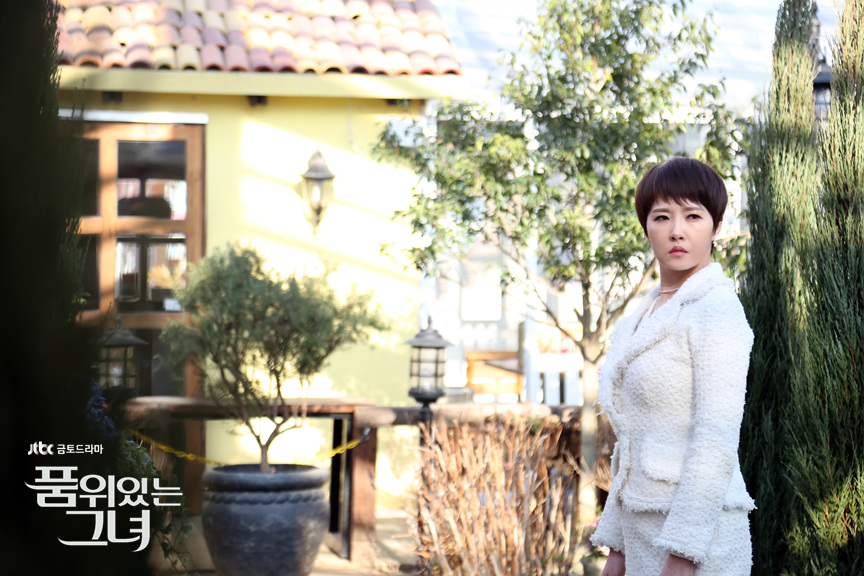 It is baffling yet humorous at the same time, that everyone in Woo Ah Jin’s social circle were cheating on their significant other. The wealthy people may have all the possessions in the world but like any human being, they continue desiring for more  whether it is love or respect.

Most of the time, what these people are saying do not make any sense. They would accuse someone of committing a classless act but would do the same themselves. Watching them would have been much of a headache, had there not been some funny scenarios which makes it easier to absorb the hypocritical actions of the characters. 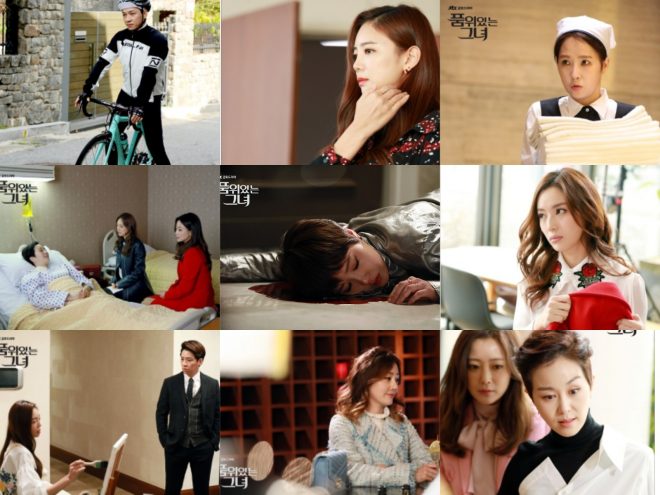 The Lady In Dignity Series Afterthoughts

The Lady In Dignity focuses on various elements, such as family feud, power struggle, rising up the hierarchy, and failed marriages. Though most of these subjects are quite heavy, the drama adds in fillers of laughable moments as well.

I enjoyed both the seriousness and comedy entailed in this drama’s narrative. Honestly, most of the characters got on my nerves especially the cheating husband and the mistress who consistently feigned innocence. But, the comedic turn of events were quite enjoyable and helped me de-stress whenever the situation got worse in the series.

Among the characters, I was rooting for Woo Ah Jin and I am satisfied with how things concluded for her. As for Park Bok Ja, the more I get to know the character, the more I empathize with her. I was quite in awe with Kim Sun Ah’s performance and I am glad that she took this role.

The Lady In Dignity is quite an entertaining drama that has a mix of comedy, horror, and thrill. If you are looking for a K-Drama that addresses the societal problems in a satirical manner, then this is it.

I had a hearty laugh most of the time while at times, some of the serious situations in the play made me ponder about the gap between the rich and the poor. Park Bok Ja’s demise though expected, was quite saddening, especially when she was turning into a new leaf.

Maybe, that was the price she had to pay for the wrongs that she did to quench her desire. It feels unsettling, given the fact that others who were worse than her got away unscathed. But, that is the twist that life throws in the way.