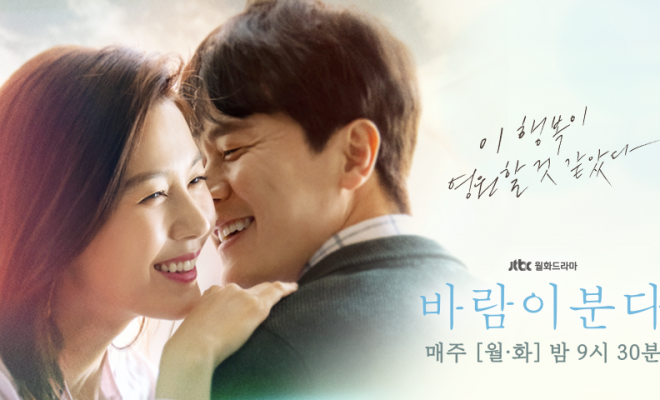 K-Drama Review: “The Wind Blows” Is A Classic Example Of Magnanimous Love

Love in itself is selfless, even if it endures sacrifice and pain.

The Wind Blows weaves a beautiful tale of the capability that love has to strengthen a person. Despite hardships and endless heartache, one can always turn to that same love and gathers strength to endure.

Although memory loss is a K-drama trope that’s been used relentlessly throughout the years, The Wind Blows’ take on it is in a more gentler although equally devastating approach. It delves deeper as it captures how the disease can affect those around the person suffering from it. Furthermore, the presence of a child, still in the process of getting to know her parent who has the disease, makes the drama even more heart-wrenching. 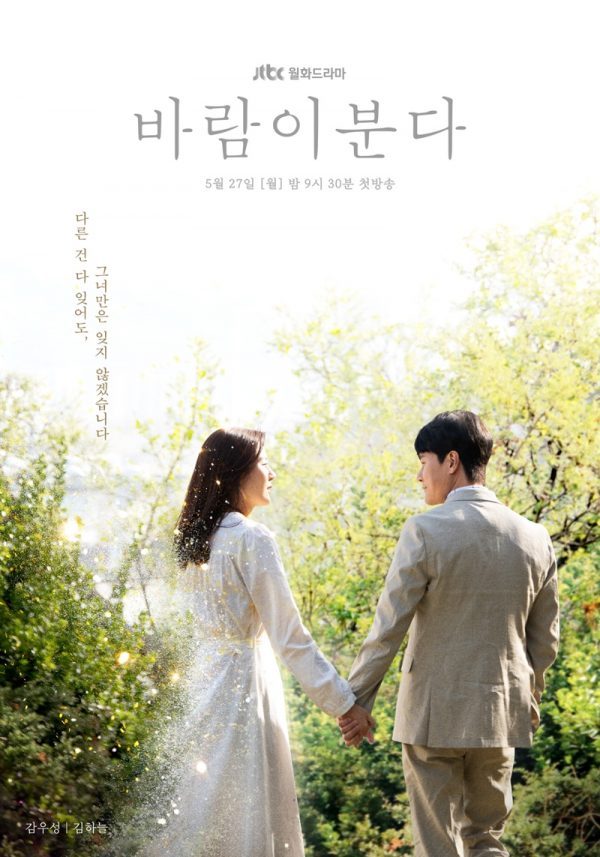 The jTBC drama opens up the discussion of how a couple must endure after one of them goes through a debilitating and life-changing disease. Kam Woo Sung and Kim Ha Neul play beautiful music together as their characters learn to adjust and readjust to a life with Alzheimer’s disease.

Enjoying a 4.0% average rating nationwide and 4.39% rating in Seoul alone, The Wind Blows succeeded in capturing the viewers’ attention as it follows the journey of Soo Jin and Do Hyun. Both bravely face Do Hyun’s fate with Alzheimer’s disease. 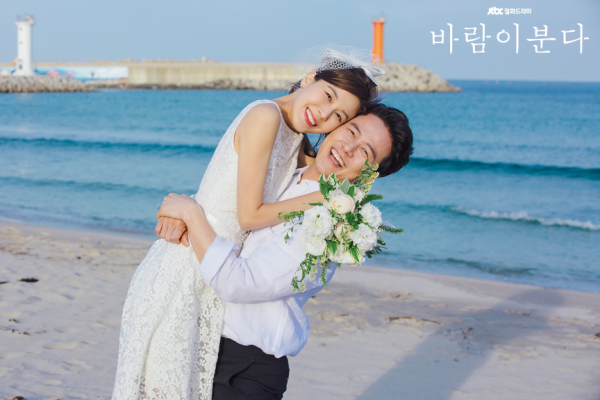 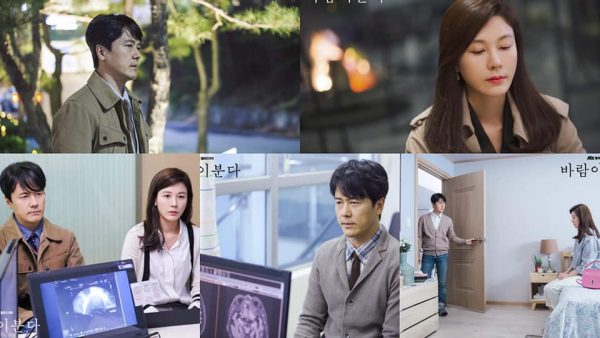 Basking in the glow of their love, Do Hyun and Soo Jin start planning the rest of their lives together. Unfortunately, Do Hyun learns that he has Alzheimer’s disease. Not wanting his beloved Soo Jin to suffer because of him, he starts becoming distant. Although they are trying to conceive, he lies and tells Soo Jin that he got a vasectomy. He does everything he can to get her to divorce him, even though it pains him greatly to hurt the woman he loves the most. Upon learning of his “vasectomy”, Soo Jin decides to file for divorce. However, the vasectomy isn’t strong enough reason for a divorce.

Soo Jin devises a plan to lure Do Hyun into an affair. She disguises herself and succeeds. However, Do Hyun is actually aware that it’s his wife, but he goes along with it to get her to divorce him.

However, Soo Jin finds out she’s pregnant. It’s the final nail in the coffin when Do Hyun refuses to believe he’s the father. They get divorced. 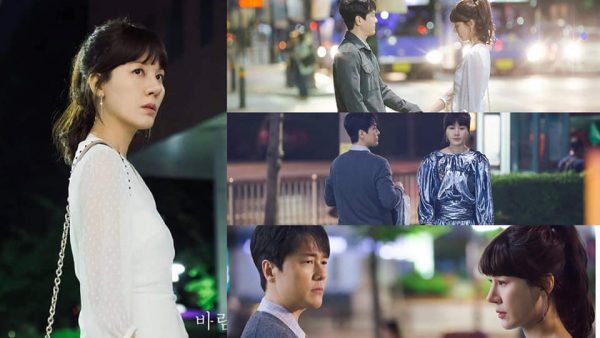 Soo Jin is still unaware of Do Hyun’s condition. She raises their daughter Ah Ram on her own. Upon chance, Soo Jin runs into Do Hyun again, but he doesn’t acknowledge her. 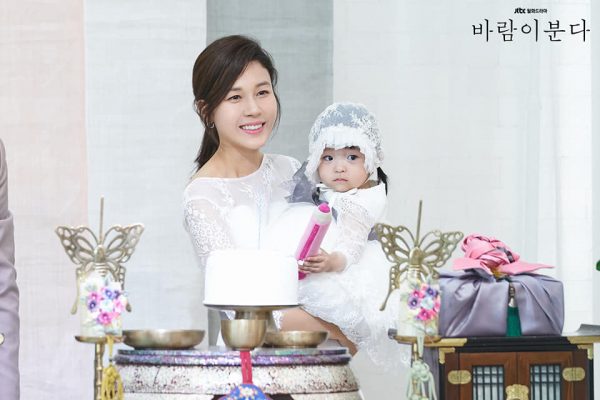 One thing leads to another, and Soo Jin eventually learns of his disease. It devastates her as she feels an enormous amount of guilt. It pains her that her ex-husband has been suffering alone while she has been living a happy life. 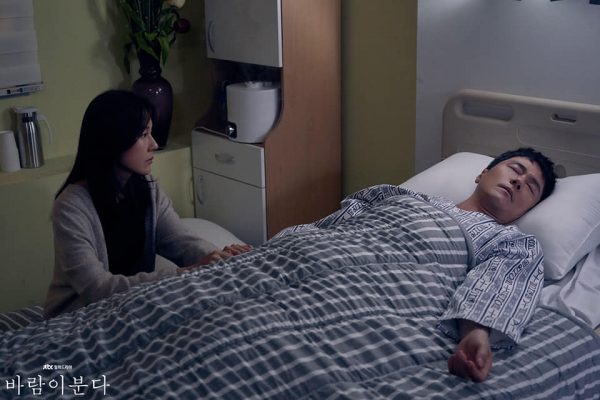 Soo Jin starts to incorporate herself back into Do Hyun’s life. She starts to take over in taking care of Do Hyun. At first, Do Hyun’s best friend and primary caregiver Hang Seo resists, but Do Hyun eventually tells him it’s okay. Do Hyun starts to get to know the daughter that he was away from for the first five years of her life. 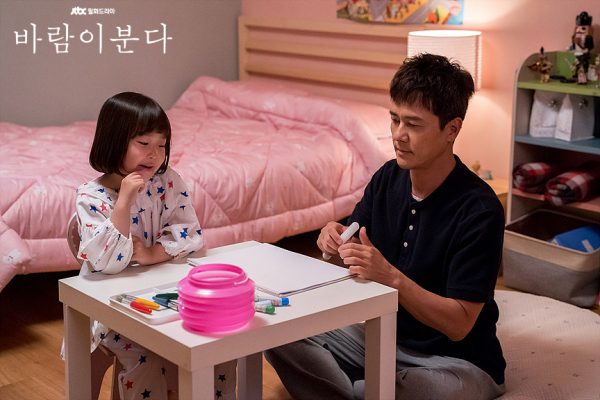 As they start to go about trying to piece their family back together, Do Hyun’s condition begins to decline further. Eventually, he ceases to recognize even Soo Jin and his best friend Hang Seo. But he still manages to communicate with Ah Ram. Do Hyun has few and far in between lucid moments, but Soo Jin takes those precious moments to have her beloved husband back even for a few seconds. 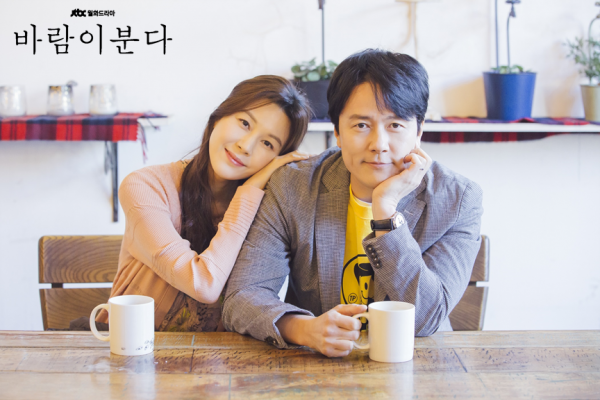 I picked up this drama thinking that the story line was unique, albeit the trope was a bit overused. Do Hyun’s decision to separate himself from his wife was both brave and selfish. But I completely respect him for coming to that point where he refused to burden his wife over his condition.

Beautifully portrayed by Kam Woo Sung, he provided a face to all the people who suffer from Alzheimer’s disease. Based on the drama, life practically ceased for Soo Jin as she became his primary caregiver. She did her best to provide a sense of normalcy to their daughter, making sure that both parents were present during her school events. Kim Ha Neul was magnificent in her role as Soo Jin. I hated her in the first part of the drama because of how she treated her husband. But that quickly changed into rooting for her as she dutifully fulfilled her role as his caregiver. 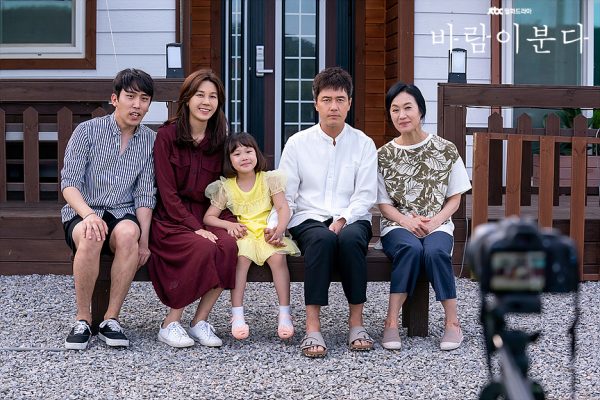 In the last episode, the entire family and all their friends gathered to watch the video prepared by Ye Rim. In the video, normal activities of the family were immortalized. But what got the tears flowing was the messages for both Soo Jin and Do Hyun. Lastly, the couple themselves appeared on video, sharing their own sentiments.

As morbid as it is for me, what came to my mind then was this was a great way to “mourn” someone. Oftentimes we hear messages like these during funerals, when the person is no longer with us. But what a great thing it is to actually be able to tell that person what’s in your heart, although it may not be fully understood by Do Hyun given his condition.

I personally cannot come up with any drawbacks. I haven’t cried ugly like this since I last watched the movie Miracle in Cell No. 7. 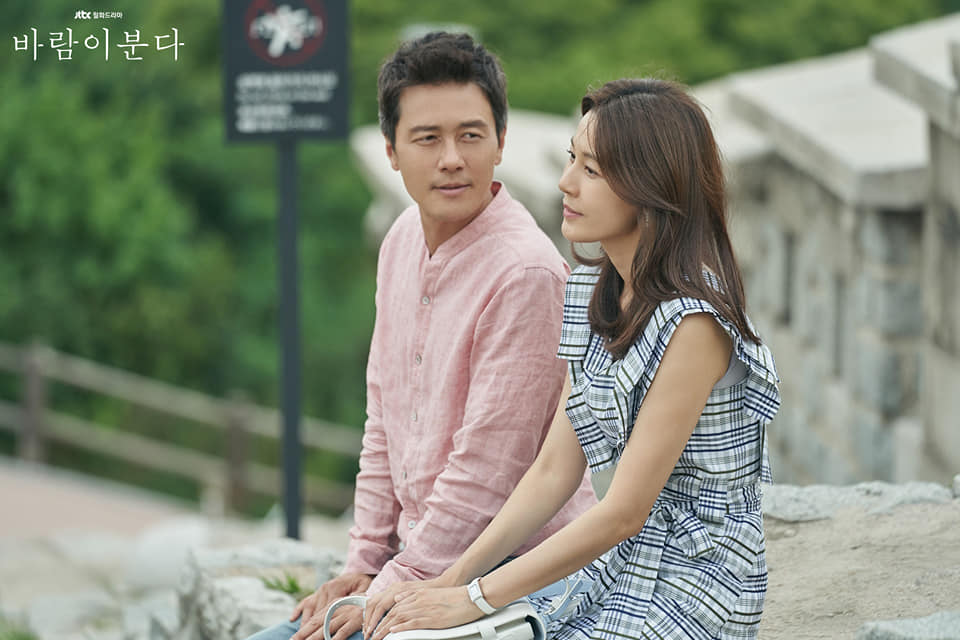 The Wind Blows is a heart-warming family drama that shouldn’t be missed. It teaches us to appreciate our loved ones no matter what the circumstances. As corny as it may sound, this drama reminds us to tell the person we love how we feel about them lest we lose the opportunity.

*all images from JTBC.

She is currently watching Doctor Detective, Watcher, Be Melodramatic, Level Up and Hotel Del Luna.