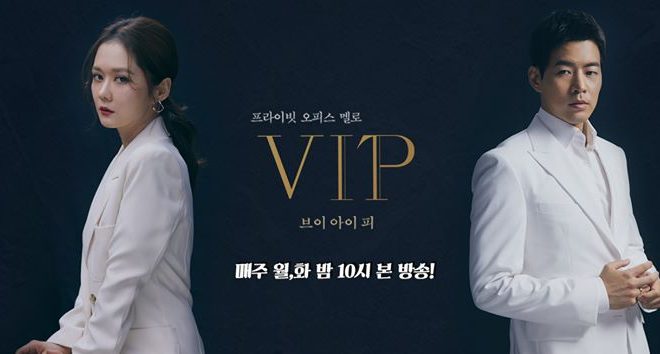 K-Drama Review: “VIP” Vaunts An Intriguing Narrative On The Repercussions Of Infidelity

Driven by strong acting, VIP captivates the viewers as it goes on show a realistic portrayal of human struggles

Humans are complex creatures and it is often difficult to deduce the rationality behind their actions. VIP proceeded to highlight the human flaws manifested by their personal greed and selfishness. 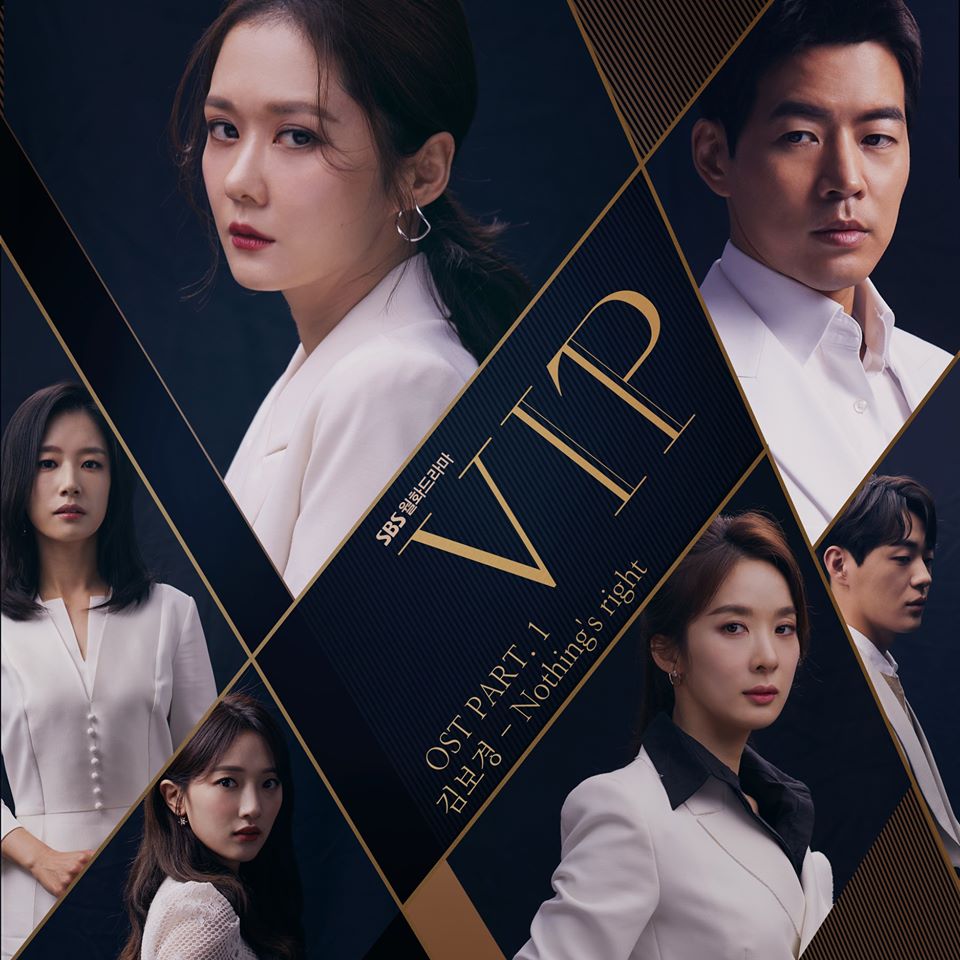 Related Dramas: Love Affairs In The Afternoon, One Spring Night, On The Way To The Airport

Set on the premise of an extra-marital affair, the drama narrates the chaotic after-events caused by it. While on the surface it looks like the story of a broken marriage, VIP consists of much greater elements. The affair only functions as a catalyst which sets forth to unveil the web of lies. 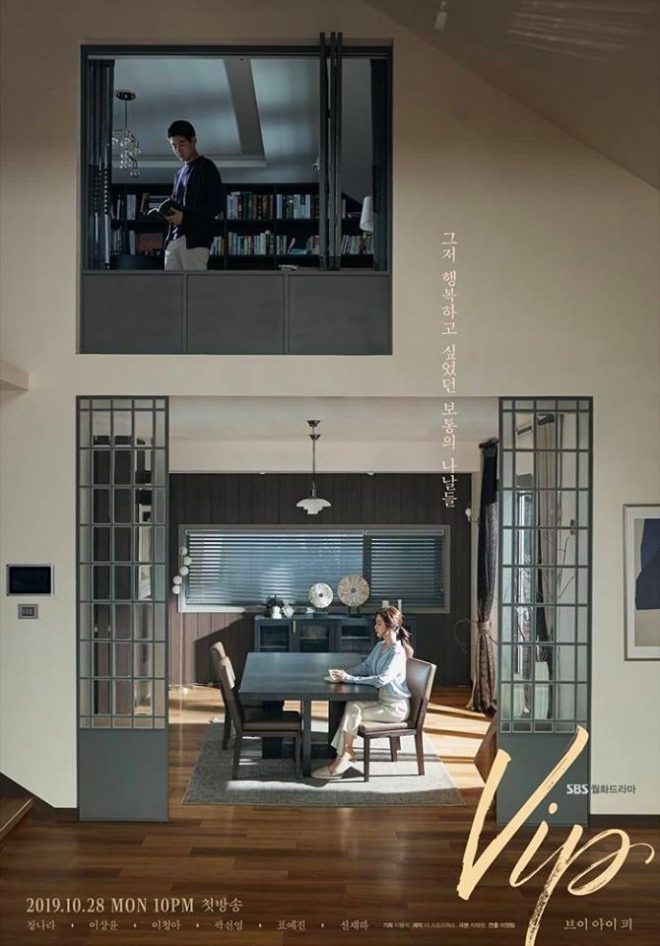 The drama focuses on the stories of Sung Un Department Store’s team who works for VIP clients. Their job involves catering to the needs of the top 1% of the clientele who bring them massive profits.

Na Jung Seon is the Deputy Head of the section that deals with the store’s VIP customers. Working under her team are Lee Hyun Ah, Kwak Sun Young and Ma Sang Woo. While her husband, Park Sung Joon is the team leader of Sung Un Department Store and also the right hand man of the store’s Vice President.

Jung Sun has been living a comfortable life with her husband and at work too, she is well-recognized for her competency. However, everything crashes down when she receives an anonymous text from an unknown number that her husband is having an affair with someone from her team.

As Na Jung Sun begins her quest to uncover the truth about her husband’s infidelity, she discovers even more malicious lies that involves the members of the VIP Management team. The drama proceeds to entail the cycle of events which occurred due to the news of the affair. 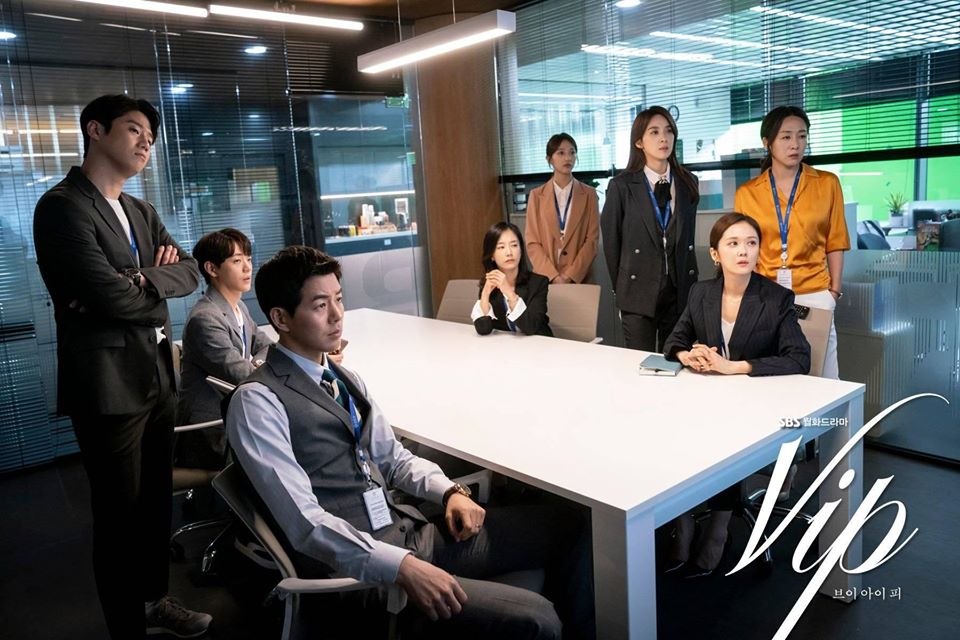 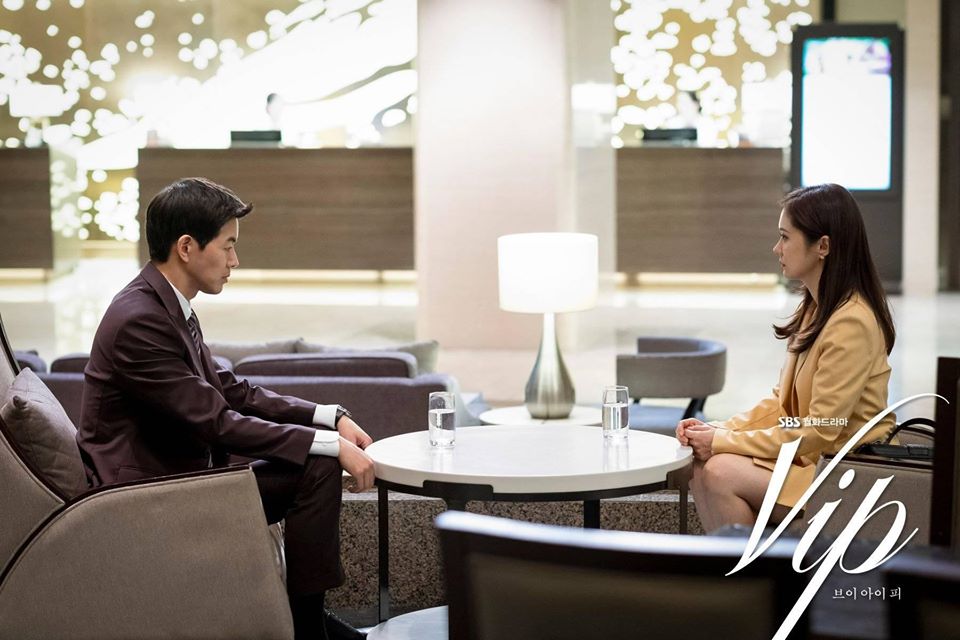 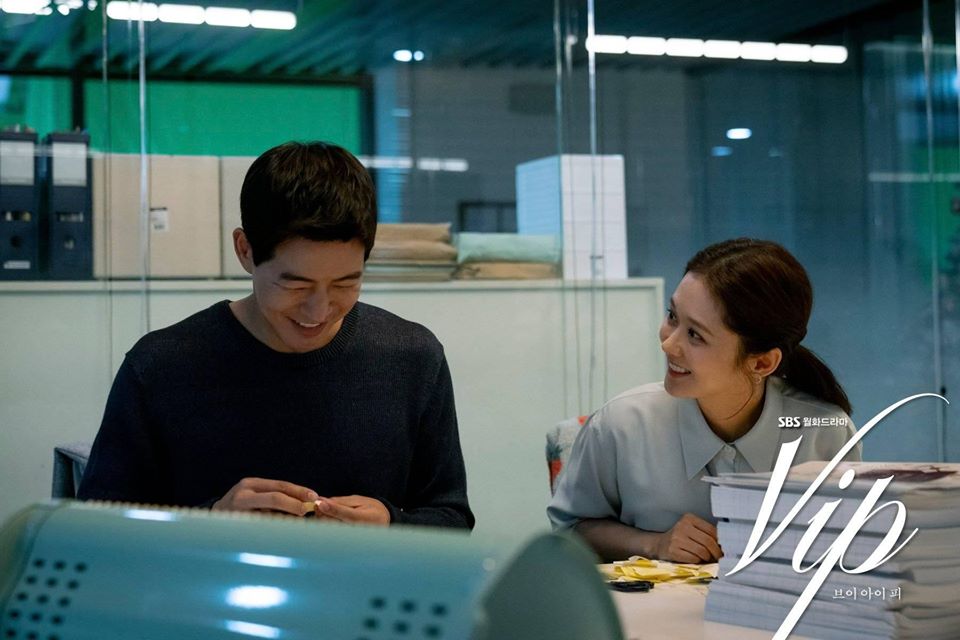 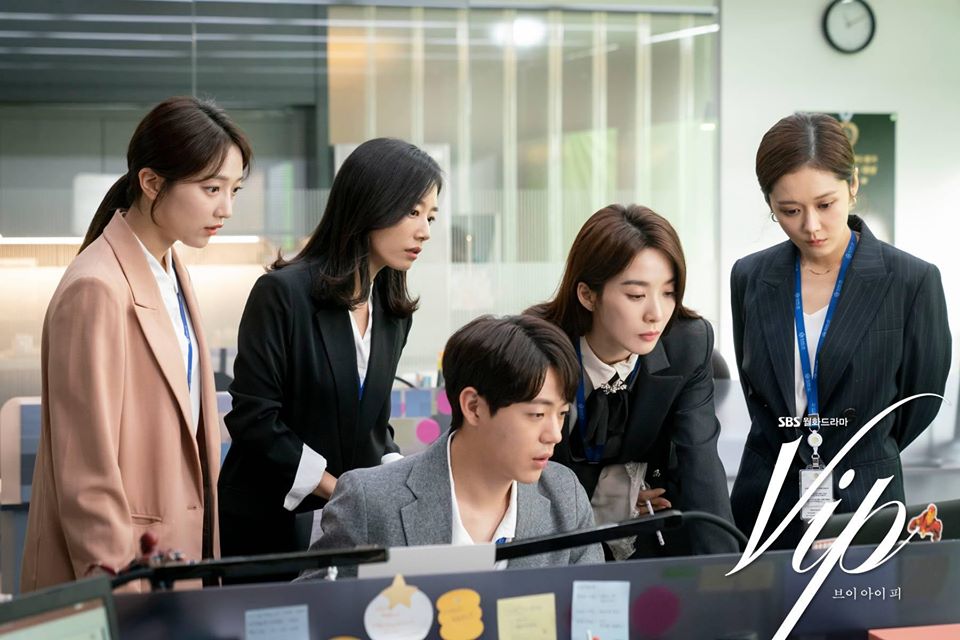 The main driving force of the drama were the women characters and it is their stories that keeps viewers engrossed. All these women have their own struggles and as the story progresses they develop themselves and eventually overcome their adversities.

Breaking off her sweet and cute image, Jang Na Ra beautifully expressed the emotions of a bereaved wife looking to come in terms with her unfaithful husband. Na Jung Seon had to go through an emotional turmoil after discovering her husband’s lies and her kindness was met with further lies. What’s worse was in spite of being the victim she got entangled in other problems with people continuously looking to bring her down.

Lee Hyun Ah was the most interesting character. She was eloquent, smart and bold. Though she has her own set of problems, she kept a bold face and faces them head-on. Lee Chung Ah gave a completely different life to her character as she effortlessly displayed the intricate emotions of her character.

Song Mi Na’s story was really heartbreaking as she tries to balance her life as a mother of two children and her ambition to move up in her career. She got torn in choosing between her morals and greed. 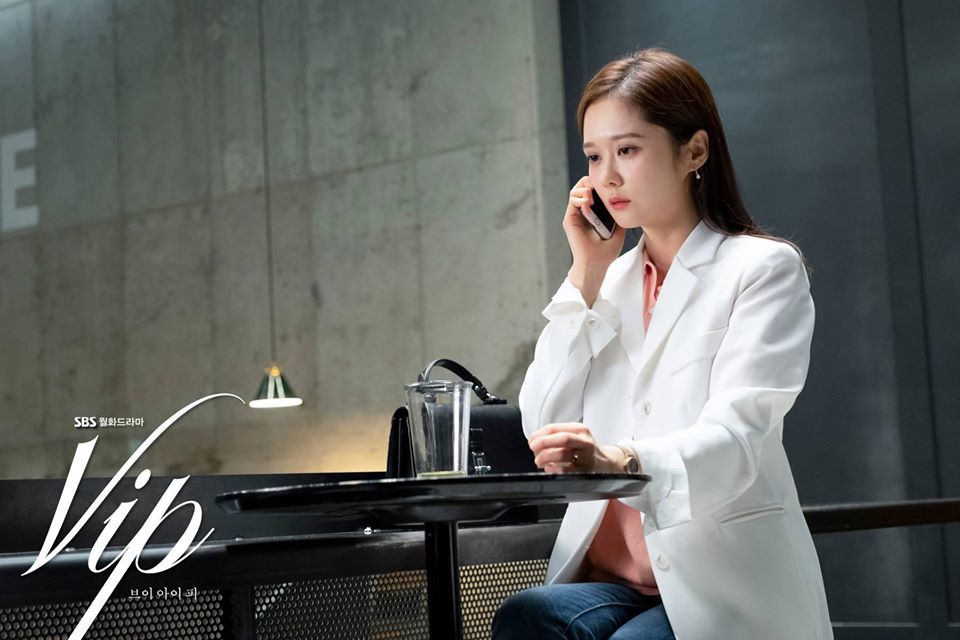 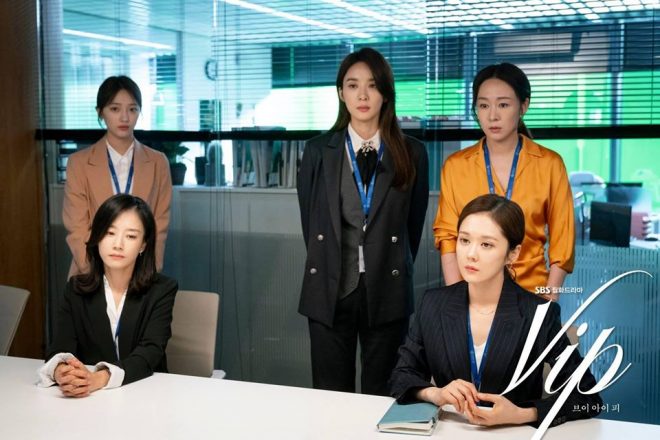 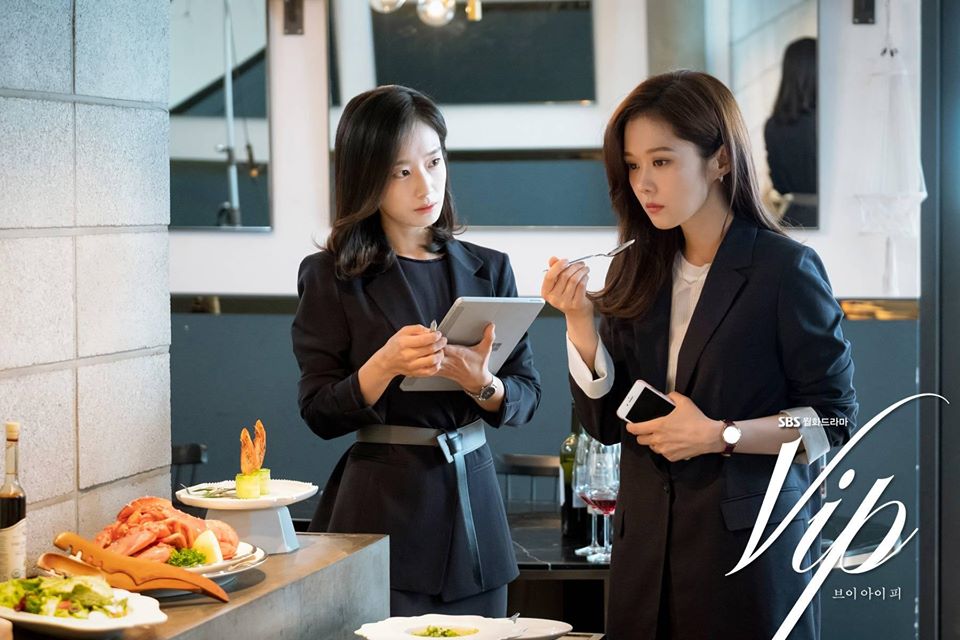 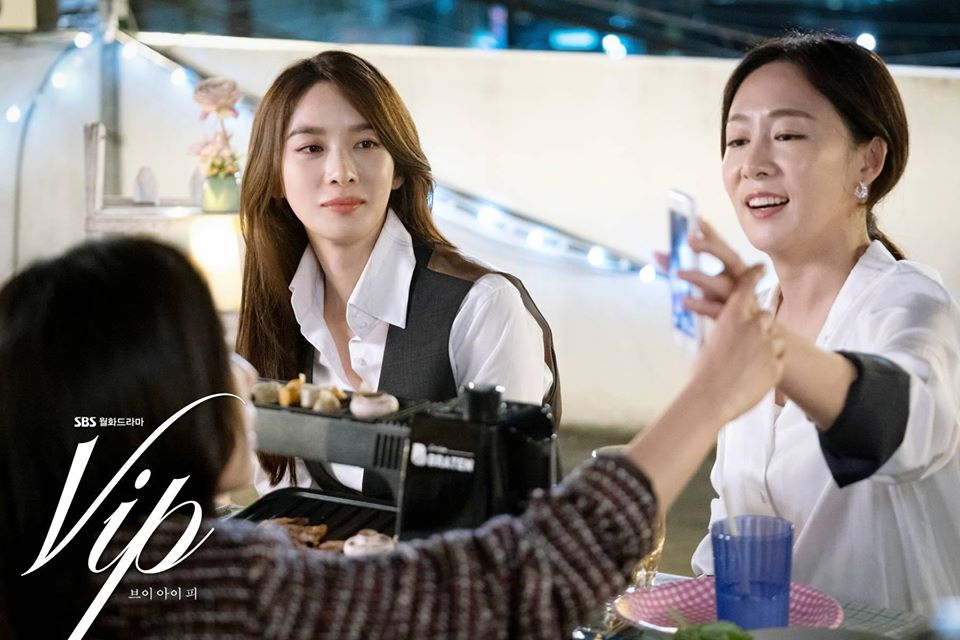 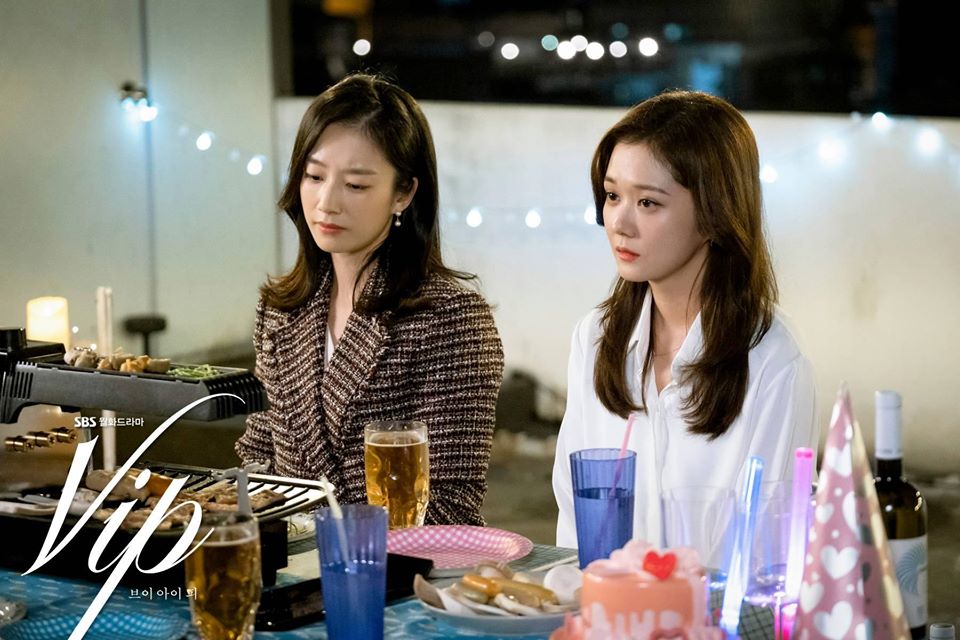 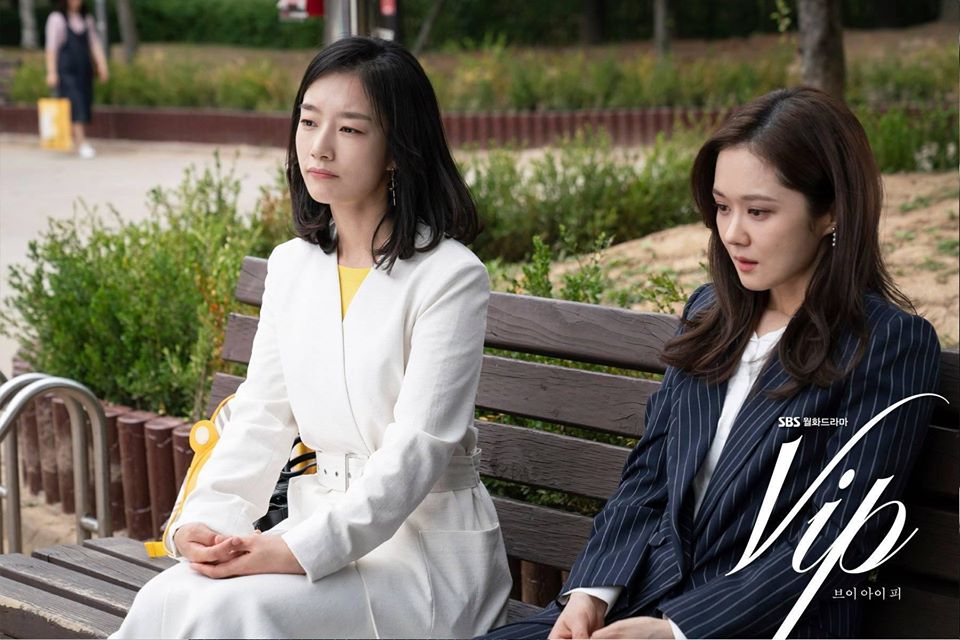 There were no good or bad characters and there is always a gray space for all of them.  Exploring the complexities of human minds and relationship, the drama showed their ugly sides. Each of the characters had made questionable decisions and done selfish things in their weakest moments. But through all those trials they learned how to grow and find peace at other things.

Throughout the drama, multiple occasions happened justifying the irrational actions of the characters. But that’s how structured humans and their way of thinking are. For each of them, the circumstances were different and it played a huge role on how things panned out.

There were many layers to the characters. One layer got unveiled and the audience realized that there was much more to that. Ha Yoo Ri’s involvement in the entire story was totally unexpected. In the later episodes the viewers got to see that she is more than what she led on and has a quite a big role to play in wrecking a havoc. 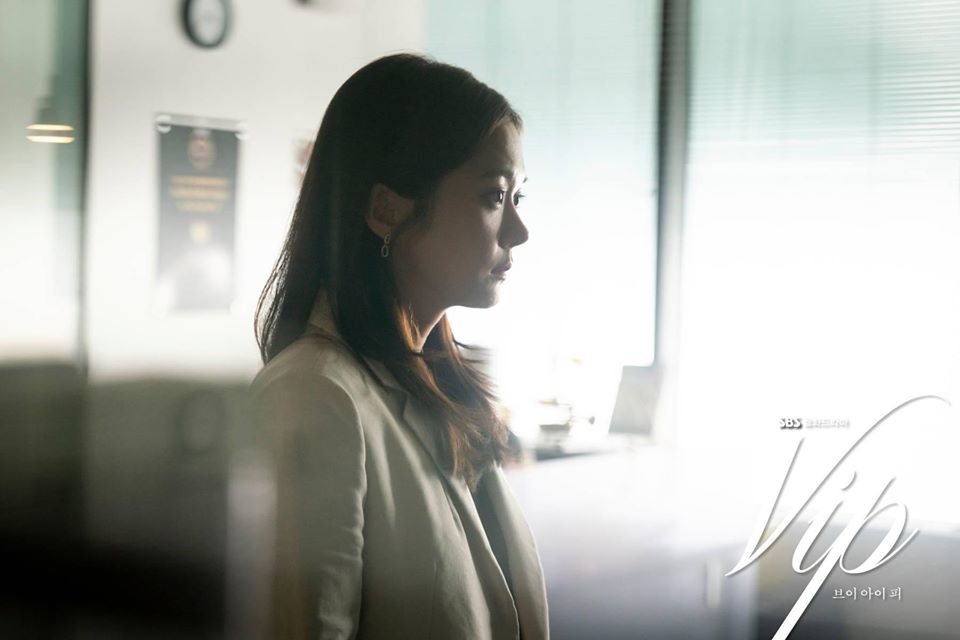 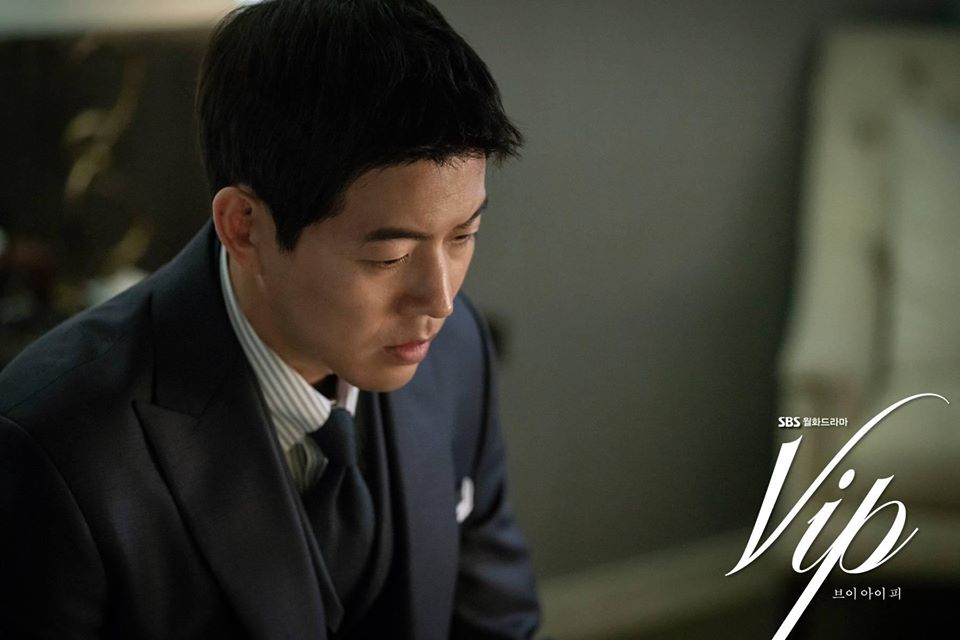 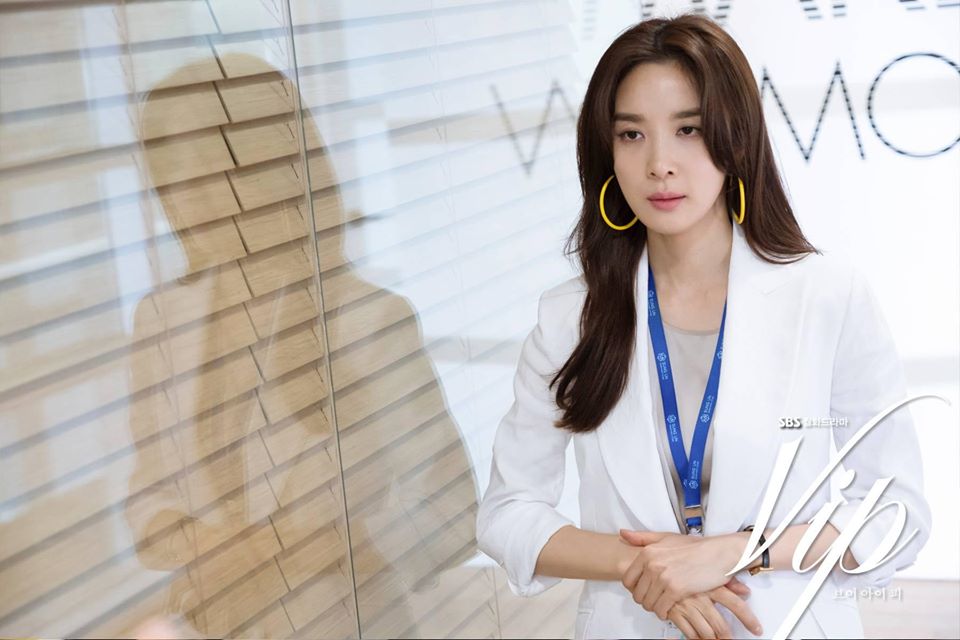 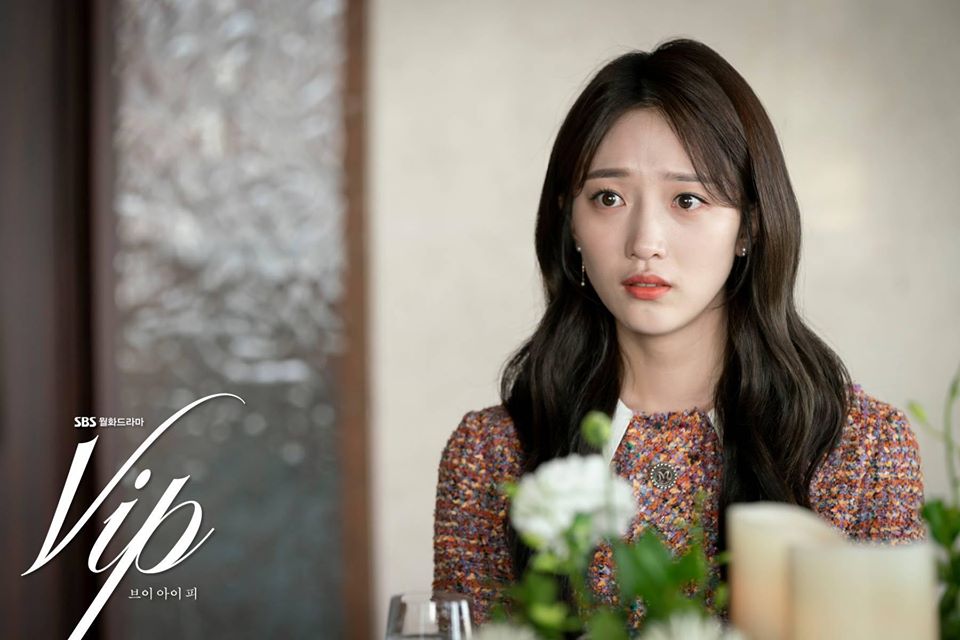 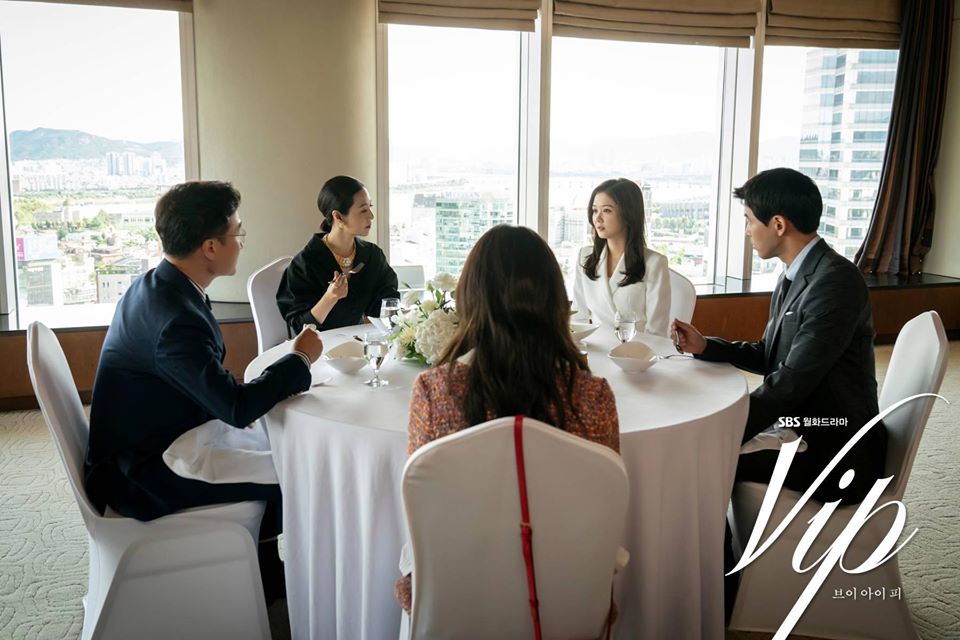 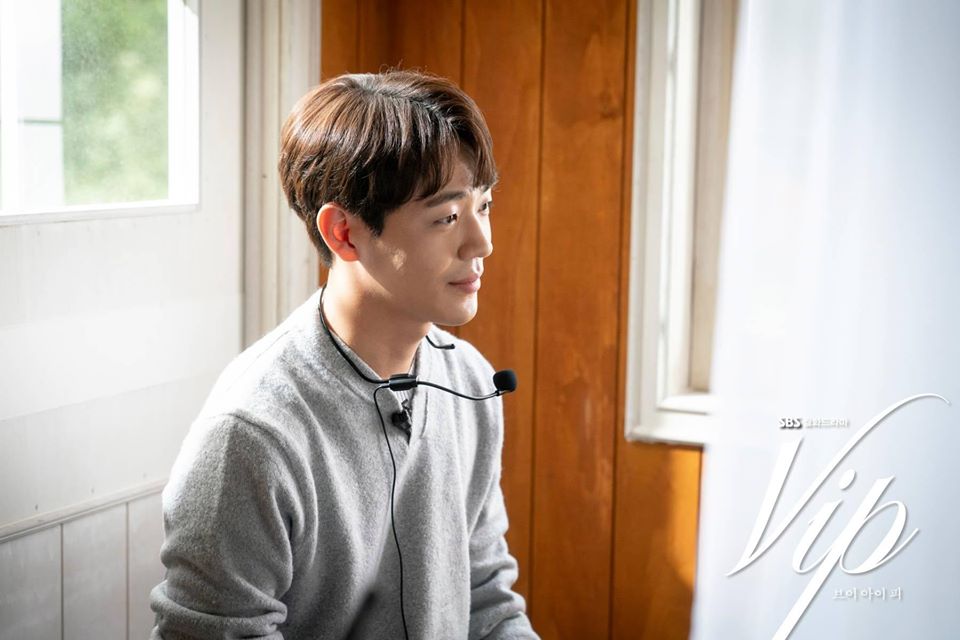 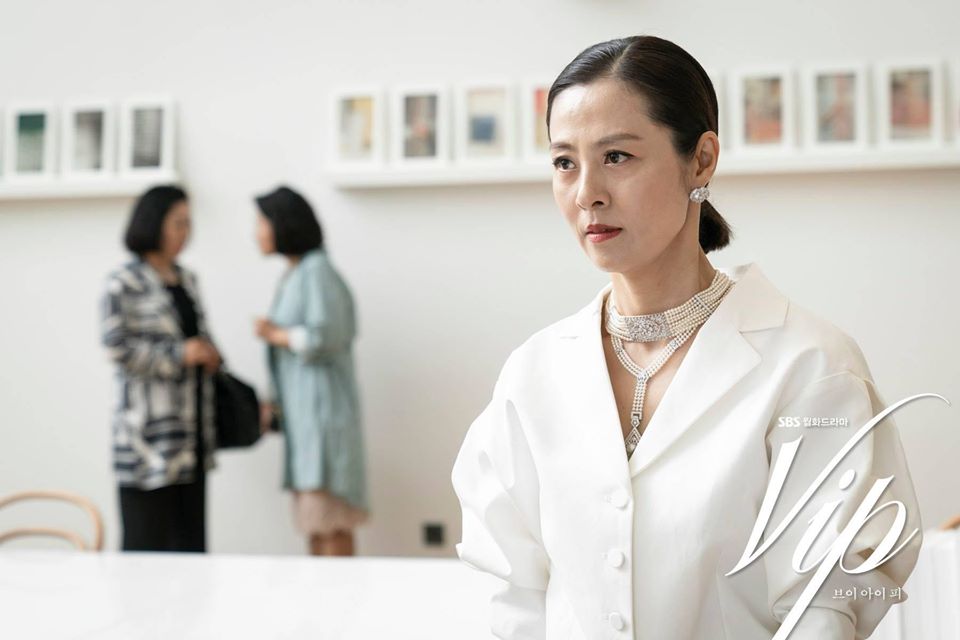 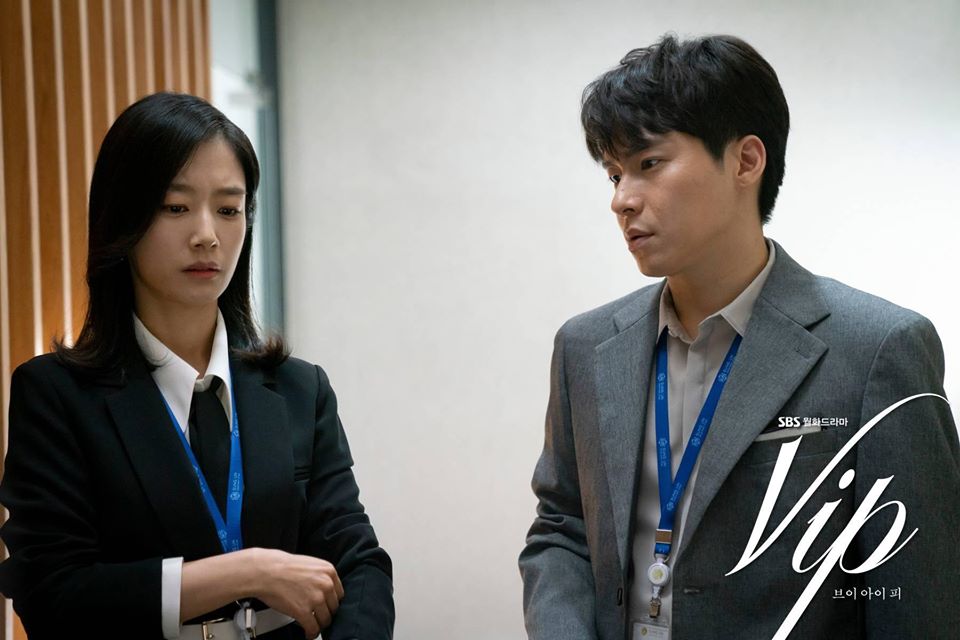 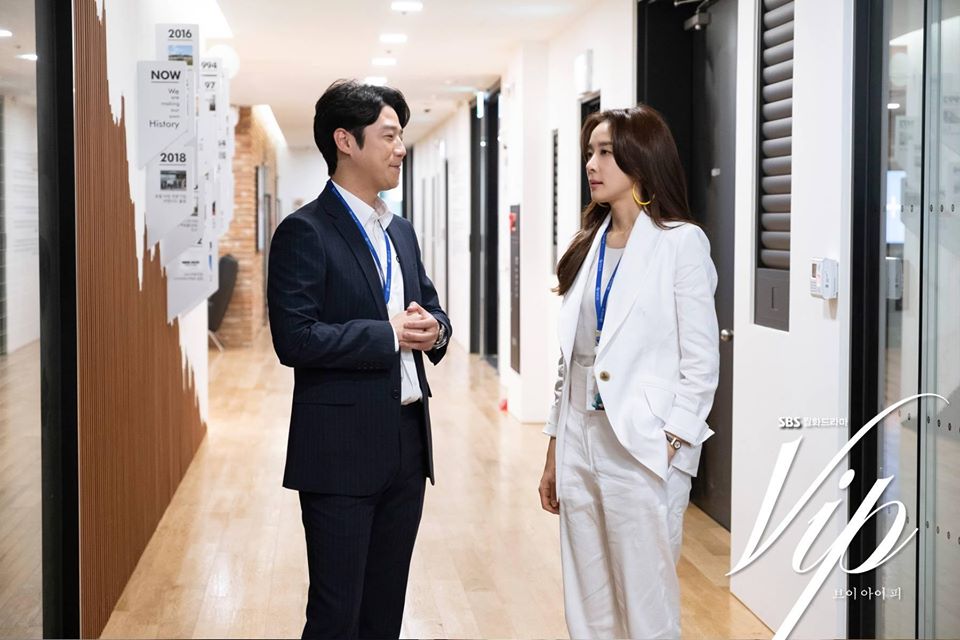 In the midst of all the melodrama involving the emotions, the narrative also gave a glimpse of workplace struggle and how women has to go through various atrocities. The drama threw light on sexual harassment at workplace, partial treatment of the employees and the power struggle to climb up the ladder. The characters continuously challenged to triumph over the hardships they experienced at workplace.

As Na Jung Seon battled against her cheating husband and his mistress, she received unfair treatment at work too since the mistress was related to the Vice President. She had to make tactical decisions which also involved taking part in the power game among the top management of the organization. 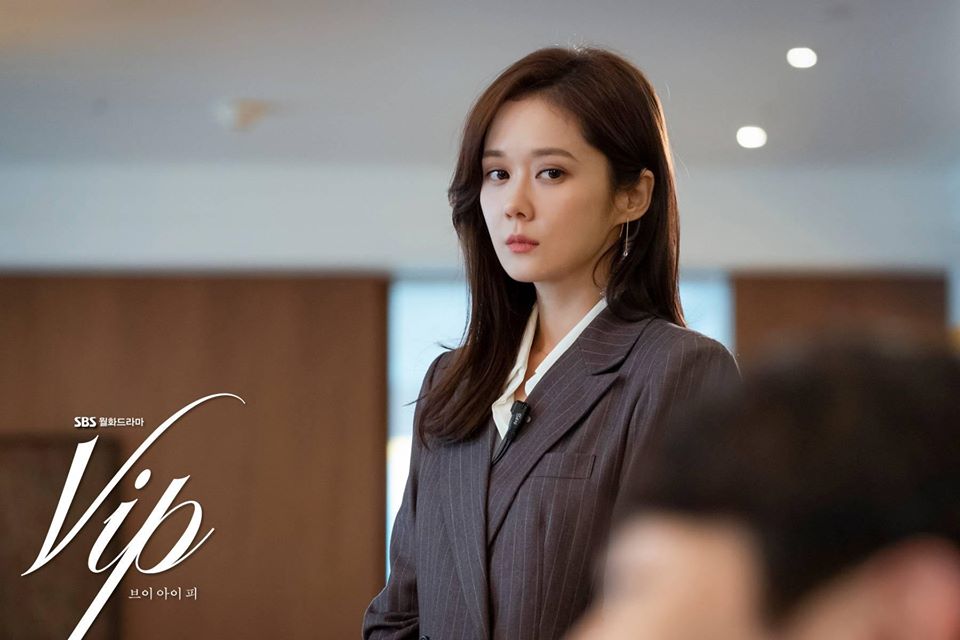 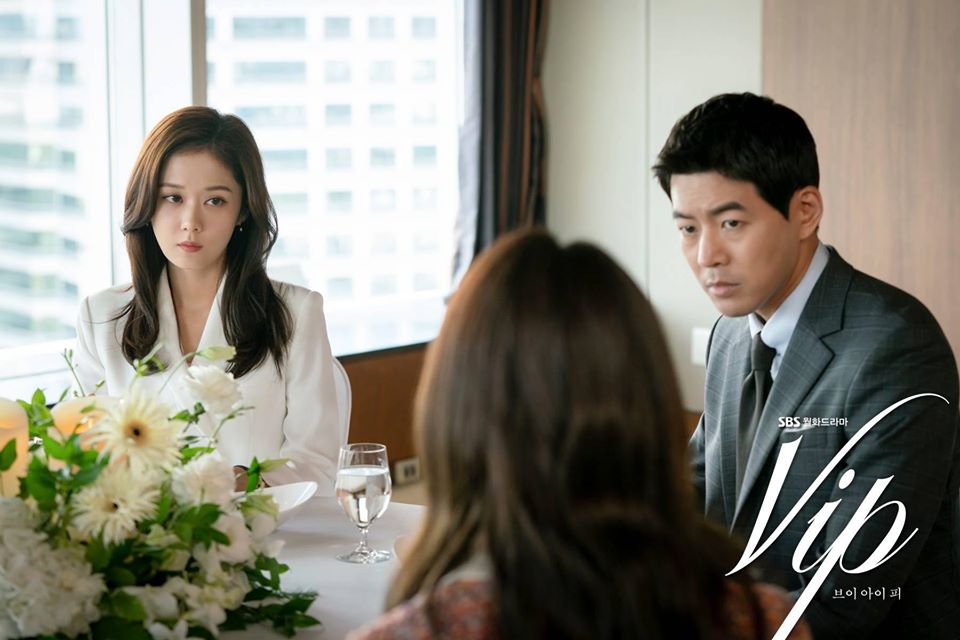 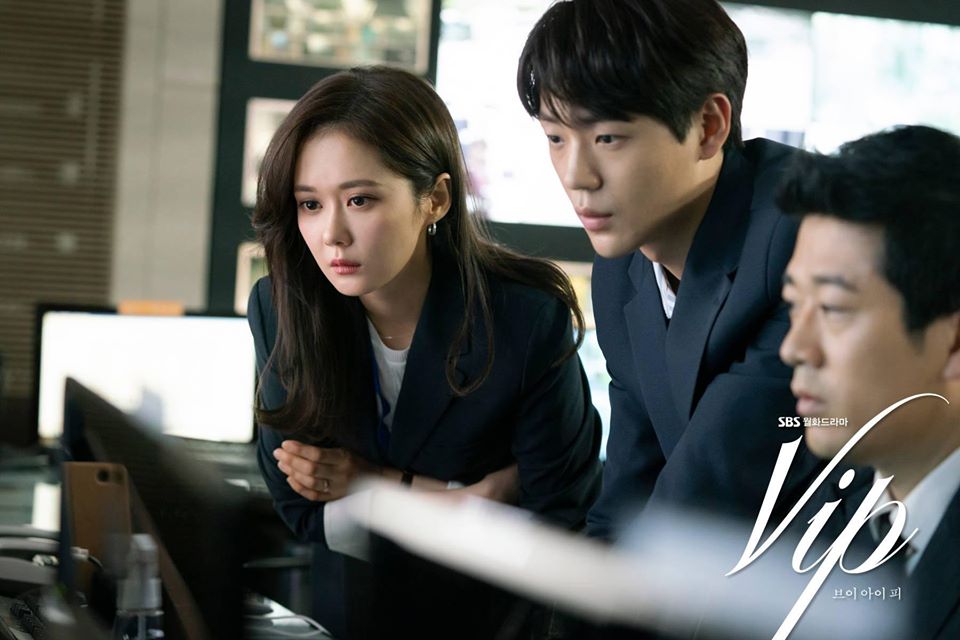 VIP offered a lot in terms of storytelling. Fueled by the rumor of an affair, many hidden mysteries are unveiled throughout the drama. While first half of the drama is about pursuing the truth, the second half was about dealing with the consequences.

A must watch drama for those who enjoy women-empowered dramas and the complexities of adult relationships. Full points should go to the actors’ performances which kept pulling the viewers throughout the series.

Unlike her past roles, Jang Na Ra explored a completely different territory and it was definitely worth it. Be it going through an emotional turmoil or unleashing the wrath to those who have wronged her, she exploded tremendously.

Notably, VIP charmed the audience with realistic characters. Hence, they have flaws which reflected on their actions. For the uneventful occurrences, the writers did show both sides of the story that gave a further depth on their wicked actions given their deplorable situations. While most of the actions were inexcusable, it only showed the intricacy of human relationships.