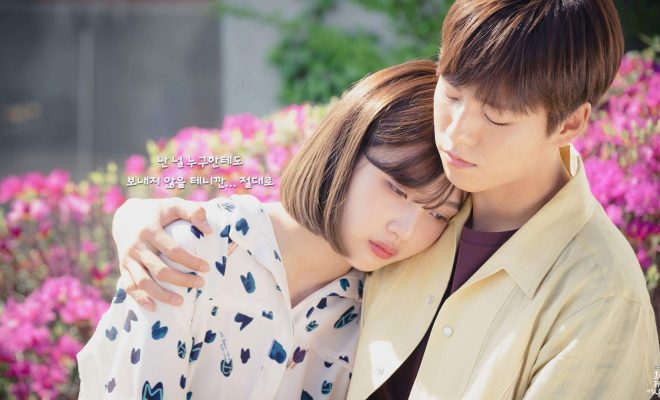 The Liar and His Lover FB page

K-Drama Review: “The Liar And His Lover” Strums A Beautiful Melody Of Chasing Dreams And Young Love

Coated with youthful romance and meaningful friendship, The Liar and His Lover reminds us that being young gives us the best memories of falling in love and chasing dreams for the first time

The Liar and His Lover appeals to the youth and invokes retrospection to the “young at heart”.  The youthful vibe of the budding romance and friendship flashbacks encourage the excitement from a viewer’s preference. 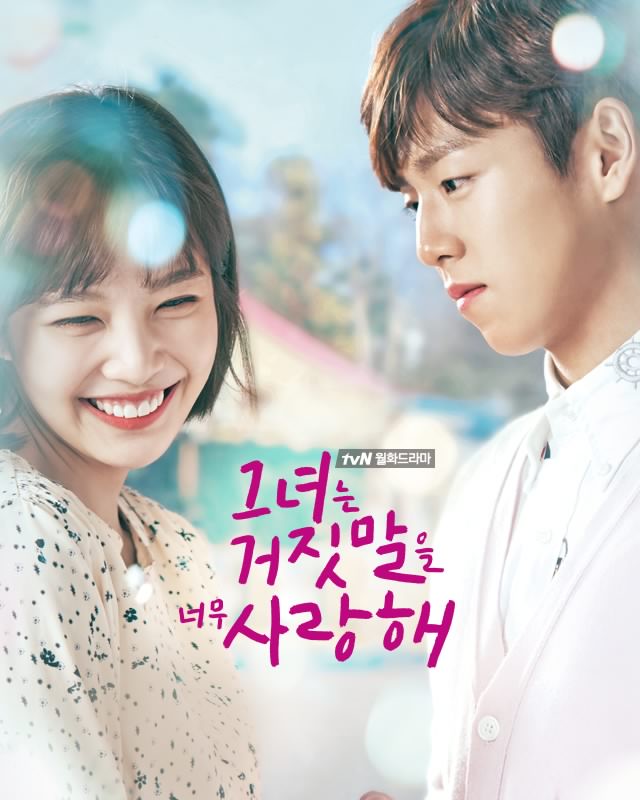 But the shift from the mushy and happy setup to the main characters’ conflict confrontation, circles to an exhausting resolution before they finally come to terms on how to end it properly. As this drama is catered primarily to teens and early 20’s, we will draw our recommendation based on the designated viewers’ perspective. 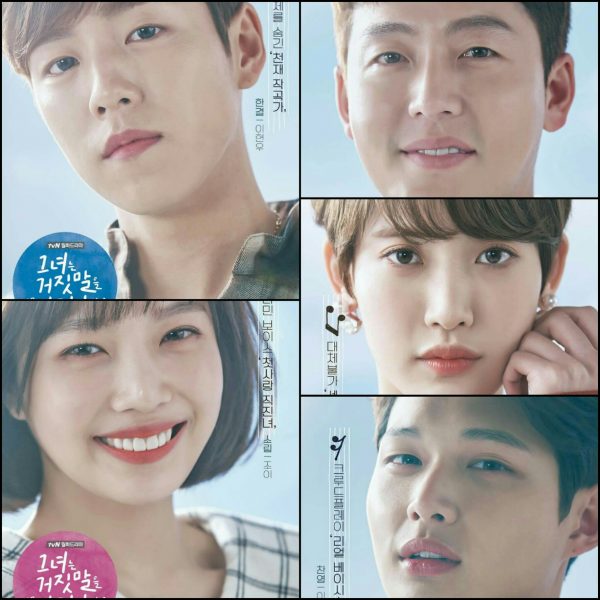 Bright and cheerful Yoon So Rim (Red Velvet’s Joy) is a typical high school Korean girl, who is working on achieving her dream of becoming a music artist.  She chances upon Kang Han Gyul (Lee Hyun Woo) – a genius songwriter behind the successful songs of a popular band “Crude Play”.

After an emotional fight with his girlfriend, his anguished emotions triggered a beautiful song, which he recorded by borrowing a mobile phone from a stranger passing by – who turned out to be So Rim. So Rim’s young heart beats in a love tune for the first time and a couple of encounters with Han Gyul has made her believe that he is her fated first love.

Being vocal in declaring that she likes him, Han Gyul decides to be friendly with her so that he could lead her in deleting the recording meant for Crude Play’s new single, which will cause trouble if it is leaked. 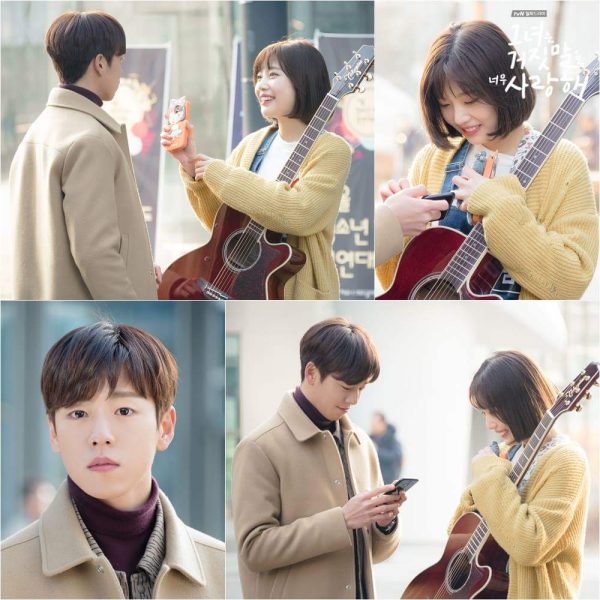 He soon learns that she is still in school, and uses it to finally cut the weird connection they get entangled with because of her being a minor. Han Gyul, who just learned of his girlfriend’s infidelity, meets So Rim. She reports that she has cleaned up all traces of his song.

She gives him a USB and mutters that she recorded his composition with her band, flustering him even more for letting other people know about the music. They separate ways on a gloomy note, breaking So Rim’s heart.

Han Gyul ends up listening to So Rim’s music, and her breathtaking voice wakes up every musical nerve he has. No matter how he tries to shake it, her voice haunts his mind. Han Gyul musters courage and make amends with So Rim, who is just willing to spend time with the first boy she has ever liked.

Seeing his students’ potential, So Rim’s teacher lobbies them to his schoolmate, Choi Jin Hyuk (Lee Jung Jin), who is a CEO at Sole Music.  Sole Music is a talent agency that handles Crude Play and artist Yoo Na (Hong Seo Young), who used to be Han Gyul’s girlfriend until he learns of her infidelity to CEO Jin Hyuk.

So Rim and her band are offered a contract at Sole Music, and Jin Hyuk asks Han Gyul to produce songs for the new band. Unaware that So Rim is in the new band whom the company is grooming, Han Gyul refuses the offer.

But Crude Play’s bassist Seo Chan Young (Lee Seo Won), who falls in love with So Rim’s pure voice, volunteers himself to become the producer of the newbie artists, which is later named Mush & Co.

When So Rim finally learns about Han Gyul’s true identity as a songwriting prodigy, she takes a step back in processing the lies that Han Gyul has so far showered her, only to give in to what her heart truly wants. Han Gyul, who realizes he has fallen in love with, wins her back with the most untainted love promise he can ever give. 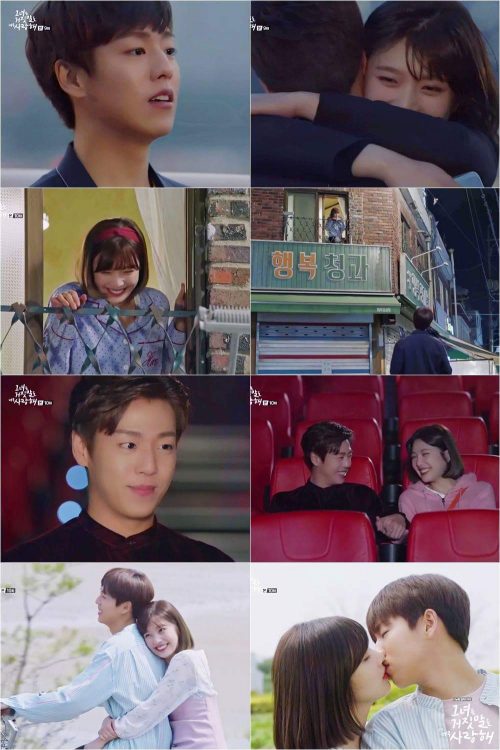 Busy in the love protected world they have entered, the two are heedless how Chan Young has long been holding a grudge on being a filler to Han Gyul’s position in the band and his friends.

He feels more aggravated, when the first girl who attracts his attention, is also drawn to Han Gyul. Scandal after scandal breaks in at Sole music as So Rim is accused of using Chan Young for popularity along with Crude Play’s supposed usage of proxy musicians. The company handles the issues well.

Crude Play’s drummer’s accident assists in switching the public’s emotion by turning the scrutiny to sympathy.  Sole Music arrives at a turning point of sending the label’s top artists to the mother company, but So Rim declines the offer to start as a solo artist with them.

Crude Play holds a press conference, admitting to its use of proxy musicians, giving up their popularity, and agreeing to start anew as a band playing its own music. Mush & Co is taken by Manager Jin Hyuk to the new company that he will establish.

After a year, Crude Play performs a mini concert, while So Rim and her band enjoy a successful run, playing happy and meaningful music. 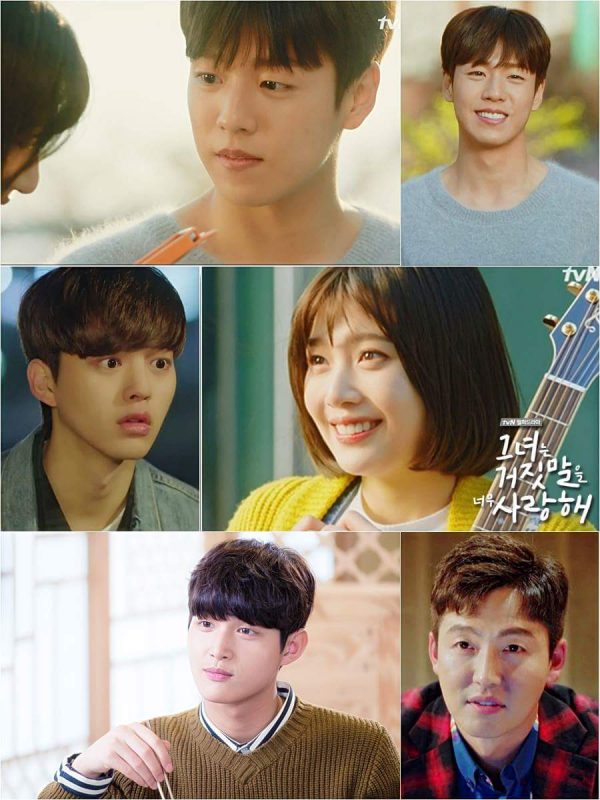 The Spot On Harmony

The heroine’s fresh take on her good-nature image draws the audience because she is unfazed of everything as long as she can pour her heart out. The plot presents a sweet lead girl, who bravely confesses a premature I-love-you without expecting anything in return. She thrives on her optimism, which suits the me-first attitude of the lead man. The straight-from-romantic-novel love movement sincerely delivers the uncertainty of Han Gyul’s prone to failing relationship. So Rim’s blind love belief shows a careful back story on how the lies and patience to their love ride is meant to succeed.

The Liar and His Lover showcases catchy music that befits the angst and ardor of the characters as they navigate working on their personal issues, and the central discord which binds all of them. The music industry setup is projected less chaotic and more inviting to inspire young people, who are fascinated in pursuing their music dreams.

The storyline seeks to depict an impressive lingering effect out of a simple narrative by strongly preparing moments for all the characters. From its onset, The Liar and His Lover is sensitive to the harmonious link of the plot and the characters moving inside it.

The lessons shared on each hurdle being solved, leave encouraging wisdom on achieving personal goals and loving faithfully with an unfeigned heart. 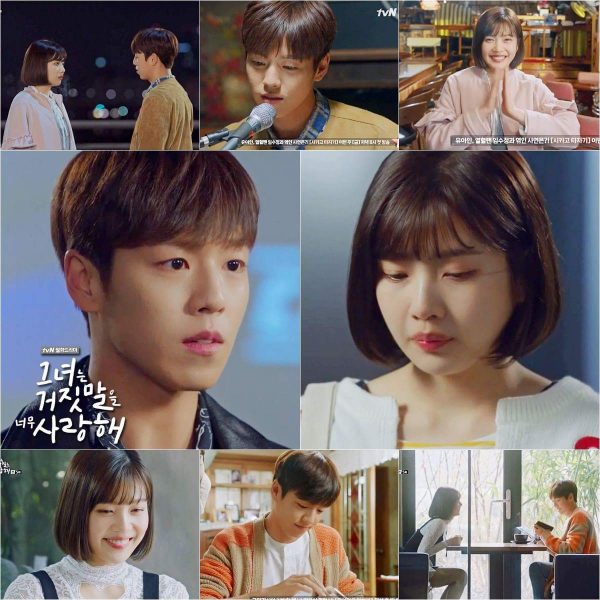 The strength of the first half fades at the second half. While conflict is an integral part of the drama, it is carelessly placed to a position where the narrative is rushed, causing a timid impact of the dispute bombarded at the latter part of the story.  The conflict matches the light tone of the tale, but the timing and length of the problem-solving strides have almost hit the finale episode without serving fan-service moments, which is a standard rom-com staple.

If The Liar and His Lover projects a symphony, the first part of it reflects bright tones before surging to a sporadic interval, and then cautiously landing to safe notes. That being said, the drama fails to keep the consistency of the bouncy setting to make its run consistently enjoyable.

The closing episodes at some point feel lethargic because it is not befitting to the initial sketches of the love couple that appears to have lost their vigor after being swarmed by adversities.

A polite music production is shown after all the ruckus, which feels like an auto pilot ending. A wow stage production would have been nice, considering how the candid moments are tamed, not to mention scarce. 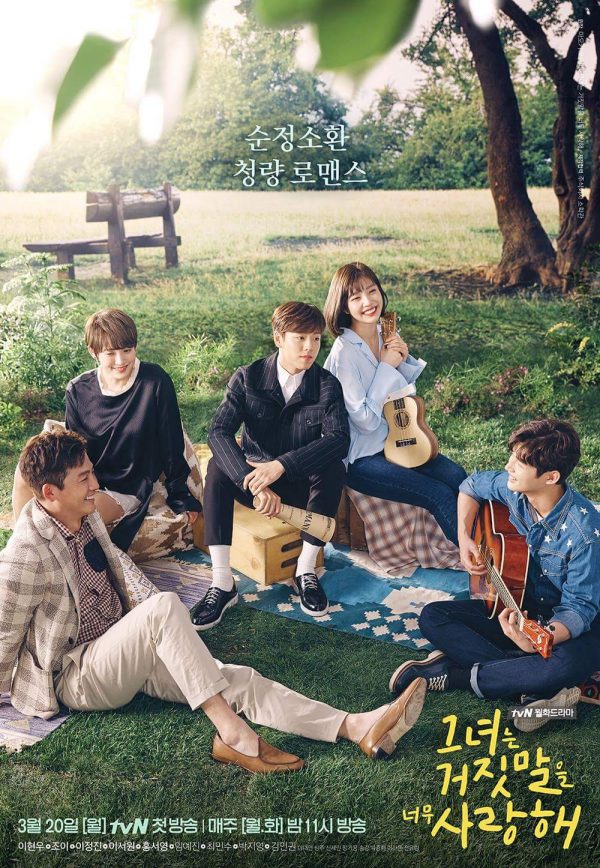 The Liar and His Lover sans a complicated story, is heartfelt in conceiving relatable characters for the audience to cheer and be inspired on. The age group, which this drama targets, would enjoy the budding romance, quirky and cute boys of the idol band and the music, tailored to the setbacks that they encounter in pursuing romance and life achievements.

For the young-at-heart viewers, the immature scenarios and the shallow narratives might test your patience, but it will also remind you about how being young gifts us life experiences that we can look back on. All those memories will always stay special in our lives.

The Liar and His Lover can be watched on Netflix!