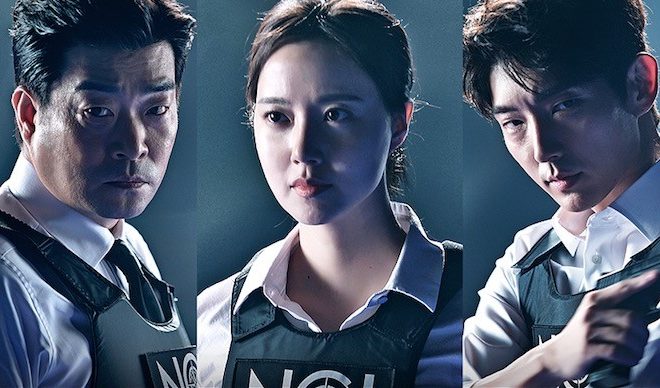 In 2017, the highly-skilled profilers of the National Crime Investigation unit track and identify different breeds of criminals in the psychological-thriller series Criminal Minds.

Based from the American television series of the same name, tvN’s Korean remake of Criminal Minds exposes the roots of the evil acts contrived by psychopath and sociopath criminals. 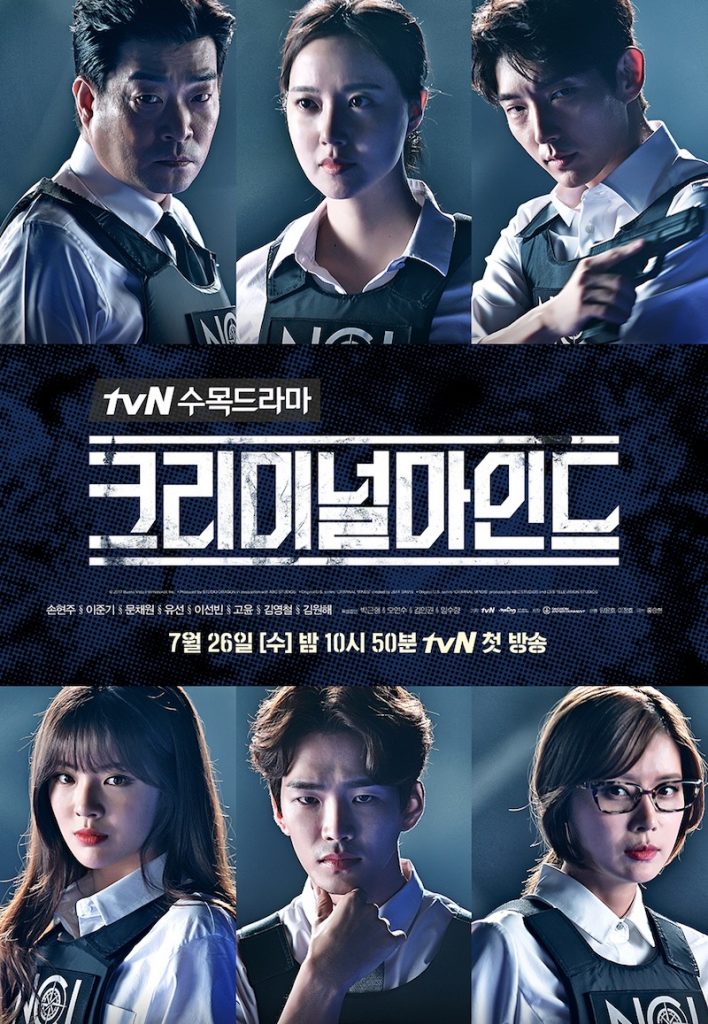 One year before the reorganization of the team, a bomb detonating incident occurred at a hospital. Kang Ki Hyung, the lead profiler, assess the situation by analyzing the sociopath’s mind.

At a brief moment, he suddenly hesitated his own judgment. This leads to his superior making the final call and following the psychological game of the culprit which eventually killed special task force members including Kim Hyun Joon’s friend.

Hyun Joon resented the lead profiler, Kang Ki Hyung. But, after knowing the fact that it is not Ki Hyung’s fault, he accepts the invitation and joins the team. 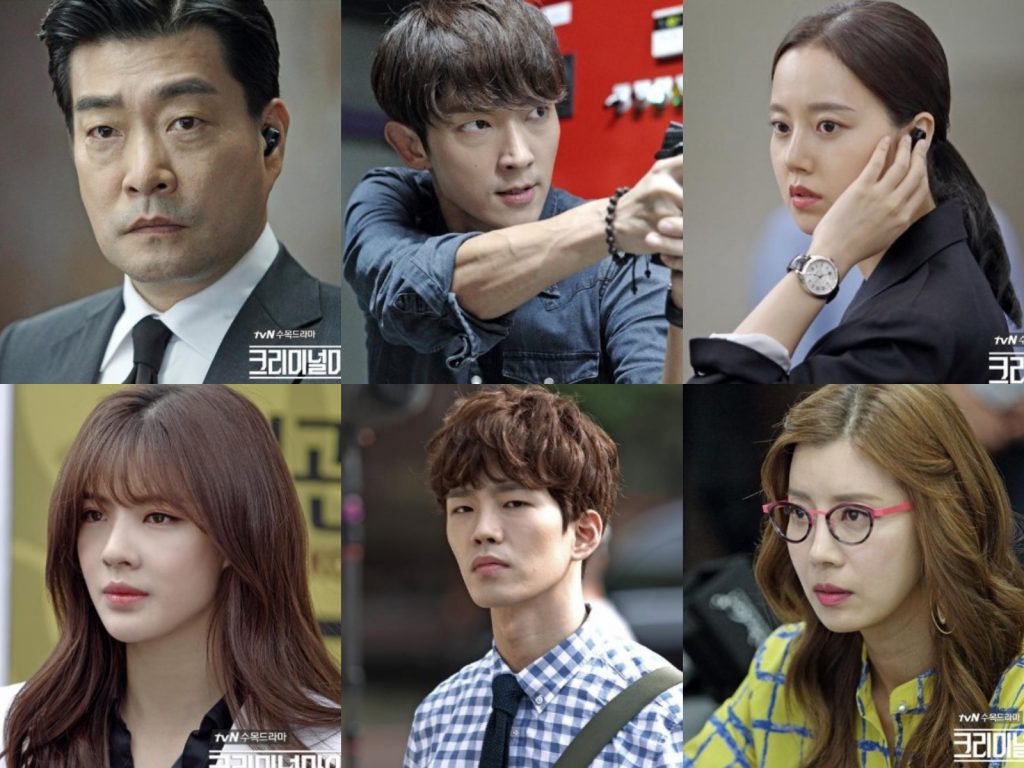 Granting spine-tingling performances, the serial killers keep viewers at the edge of their seats by bringing tension and terror. First on the list is veteran actor Kim Won Hae with his role as the main villain “Reaper”. Regardless of the genre and theme, Kim Won Hae undoubtedly delivers on-point emotions through his immense acting.

If there is another villain deserving an applause, that will be Im Soo Hyang. Her role Song Yoo Kyung is way unimaginable at first sight. From a battered wife to being the crime mastermind, the actress has captured everyone’s attention through her powerful and impressive performance.

Jo Han Chul meanwhile plays the role of Jang Ki Tae, the culprit of the highway shooting incident of women. Depicting a harmless looking man with borderline personality disorder, the actor effectively make the viewers hate yet pity his character.

Actor Jung Tae Woo characterizes Kim Min Soo, man with a dissociative identity disorder (multiple personality disorder). He possesses two personalities; as Kim Min Soo and his father identity as “The Executor”. Incorporating the concept from Seven Deadly Sins, Min Soo battles with the other “father personality” in his mind who wants to punish people who commit the seven deadly sins. With his flawless switching of identities in a split second, actor Jung Tae Woo also deserves a noteworthy recognition.

Lastly, Ha Kyung plays the character of a criminal psychology university student Kang Chi Hwan. His remorseless and quick-witted role make him one of the most infuriating, which signifies his effective and excellent acting. 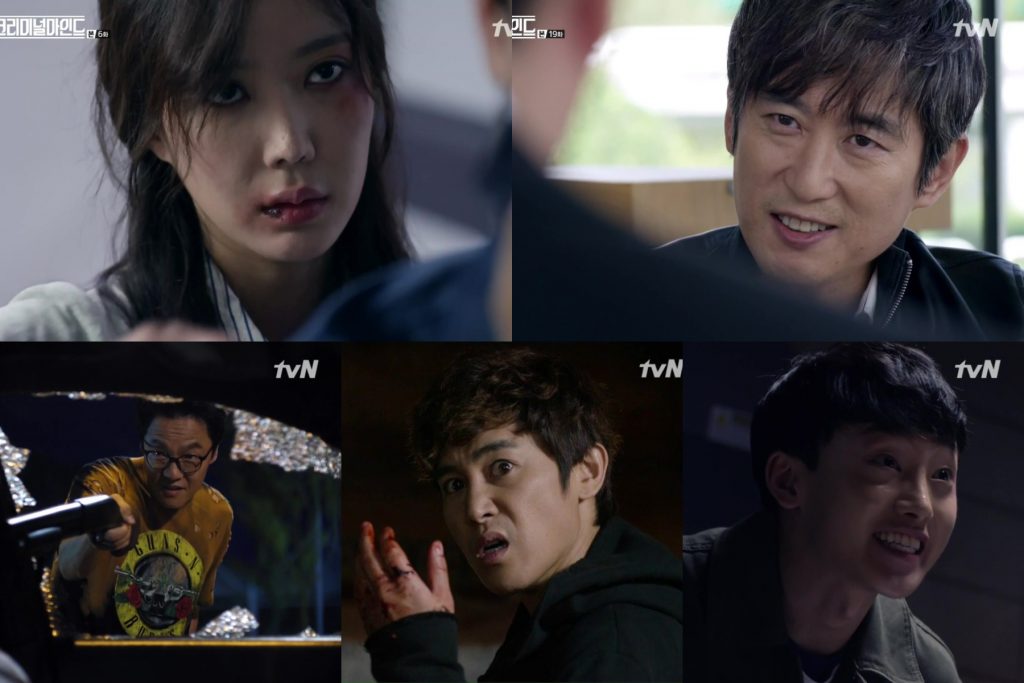 Varying with serial killing and abducting cases, Criminal Minds showcased an array of psychological disorders. These conditions include Antisocial personality disorder, multiple personality disorder, schizophrenia, etc. The mental illnesses brought to light stresses the homicidal tendencies of the mentally unstable people in the drama. As accurate as it can be, the reason behind their actions sprung from the trauma they have experienced.

Presenting cases ranging from the rarest mental illness to the most common ones, the drama depicts worst case scenarios that are likely to happen. Despite the actual profiling lacks impact and drive, its detailed regard to psychological plight deserves a big thumbs up.

Characters sharing similar childhood traumas tend to have tough battle against their own psyche. And without recognizing the lawful perimeter, it is probably where the root evil starts. 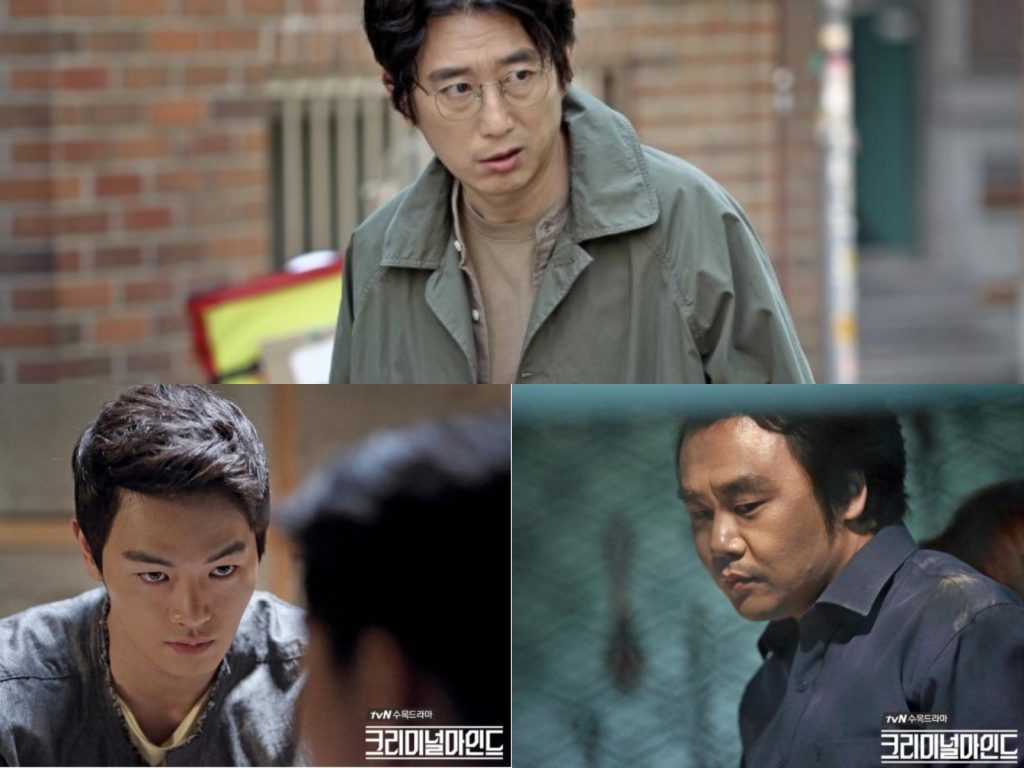 Intensely focusing on the depths and principal cause of every crime, the drama certainly bid less backstories from the main characters. As the title says, Criminal Minds’ focal point is delving into the inner workings of the minds of the outrageous offenders.

While its course is facile and conspicuous, several times the conclusion swerves into a completely different direction than what the viewers expect. Making it more intriguing, the series consumes sufficient time each case closure and shows fragments of the next case.

Though the main plot structure is not powerful and consequential, the remarkable episodic appearances made the drama gain its momentum. It has a spectacle of mind games fit for mystery and psychological genre lovers. Plus, Lee Jun Ki never fails to surprise and amaze everyone whenever he is on-screen, most especially through action dramas.

Photos and videos from tvN