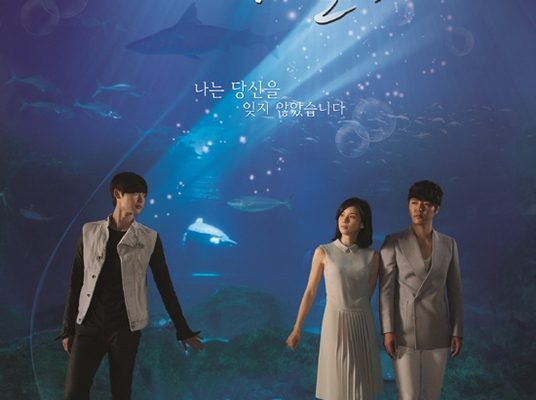 K-Drama Time Machine: “I Can Hear Your Voice” Uplifts Spirits With Fresh Rendering Of Courtroom Spectacles

I Can Hear Your Voice won over audiences by presenting a new kind of story that delves across all genres.

2013 was the year, when Lee Jong Suk made his mark in the Korean entertainment industry as the rising actor, who holds lots of promises. Following the huge success of School 2013, the actor nabbed the leading role in another critically acclaimed drama, I Can Hear Your Voice. 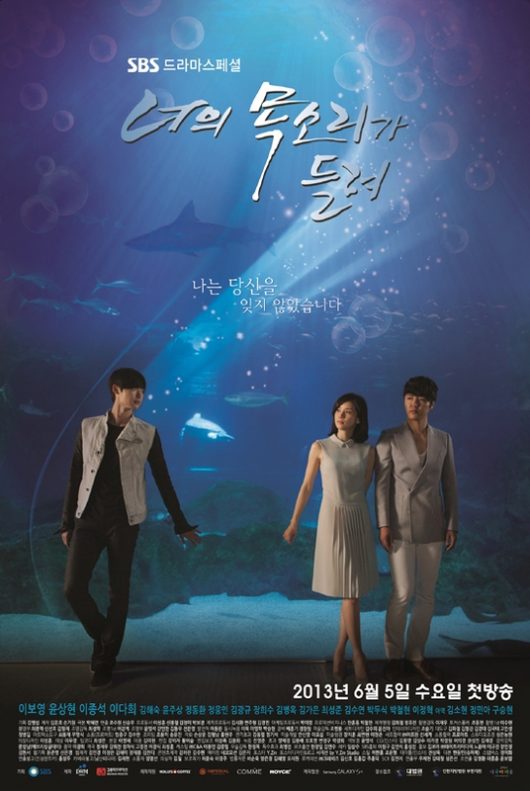 I Can Hear Your Voice went on to garner a lot of love from viewers which was also reflected in the drama’s viewership ratings. Owing to the popularity of the drama, the episodes also got extended from 16 to 18.

Related Dramas: Witch’s Court, Suspicious Partner, While You Were Sleeping

Highly thrilling court room battles, inspirational fight for justice, well-rounded supporting cast and a sweet romance is the summation of the contents of I Can Hear Your Voice. 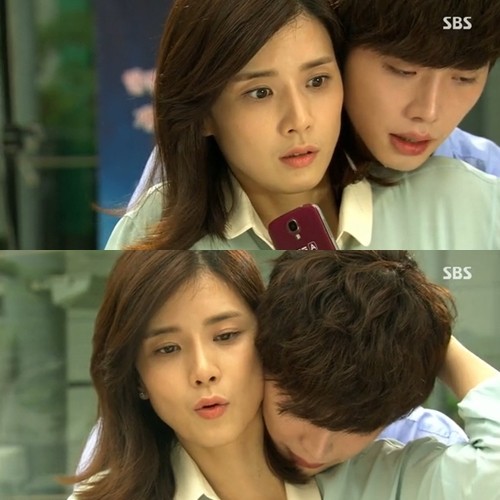 After an unfortunate accident, Park Soo Ha (Lee Jong Suk) achieves the ability to read people’s minds by looking into their eyes. Though an orphan, Park Soo Ha is optimistic and looks forward to meeting his first love, who had helped him in the past.

When a 9-year old Park Soo Ha’s father gets murdered by Min Joon Guk (Jung Woong In), it gets dismissed as a car accident. However, the circumstance of the case changes after teenager Jang Hye Sung (Kim So Hyun) testifies against Min Joon Guk and also provides an evidence.

With a well-written plot and interesting characters, I Can Hear Your Voice is amazingly an addictive watch from the very first episode. Throughout all the episodes, the drama maintains its fast pace narrative as it cleverly mixes romance, comedy and suspense at the same time.

The central focus of the storyline connects to the backstory of the main leads as their old enemy seeks revenge from them, which sends chills to the spine. On the other hand, every episode consists of a specific crime case that relay various life lessons.

Packed with realistic and original framework, the individual stories of the people from each of the cases is balanced well with the main story outline. 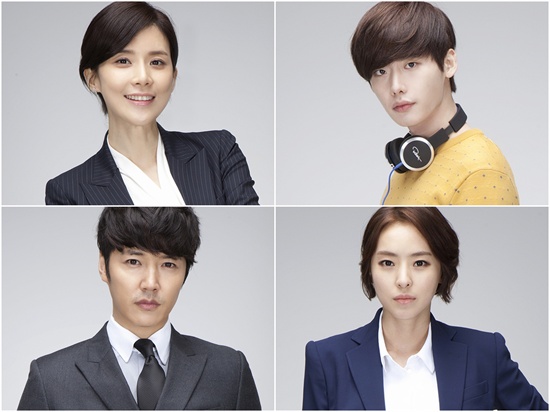 After introducing characters who may have certain shortcomings, the creative team does a great job is showcasing an immense growth of all these characters. What makes the characters more likable are the excellent actors who completely absorbed themselves in their roles, delivering an impactful performance.

In addition to the main cast, the supporting actors also shines with their riveting story arcs and compelling performances. 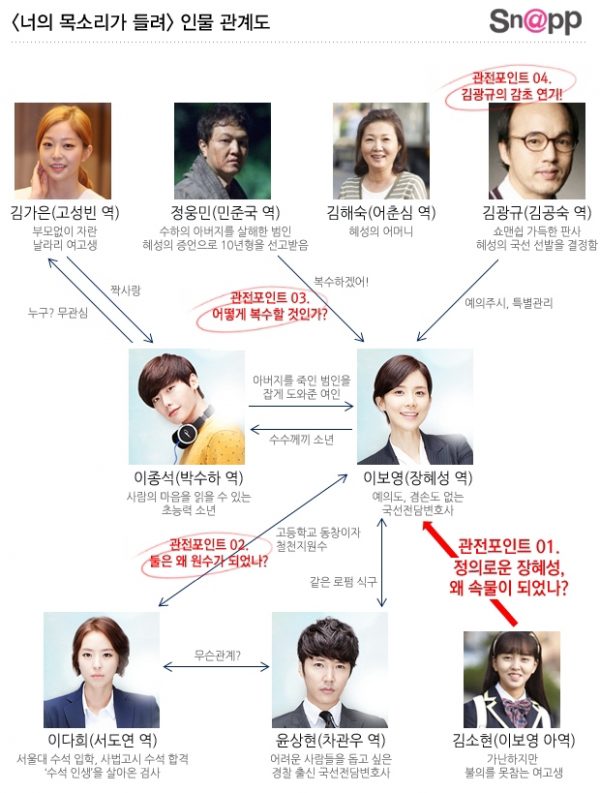 Though she is the main female protagonist, Jang Hye Sung is not devoid of faults. Faced with hardships throughout her life for being poor and powerless, she becomes too pragmatic to care about others.

However, after meeting people like Park Soo Ha, Cha Gwan Woo (Yoon Sang Hyun) and Shin Sang Deok (Yoon Joo Sang), her perspective changes. As she represents people, who are usually powerless, she starts empathizing with them. 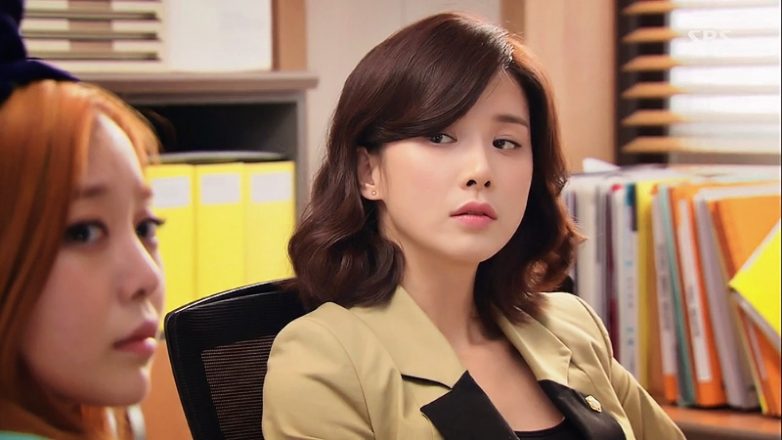 Though Park Soo Ha is just a mere high school student, his extraordinary circumstances caused him to mature very fast. Jang Hye Sung’s act of bravery, which he witnessed as a child, had a huge influence in shaping his character.

Therefore, he cannot stand the wrong-doings of other people and often meddles in their state of affairs. Extremely devoted to Jang Hye Sung, he would go through any lengths to protect her. As he harbors a one-sided crush over the lady lawyer from the sidelines, one could not help but wish for his happy ending. 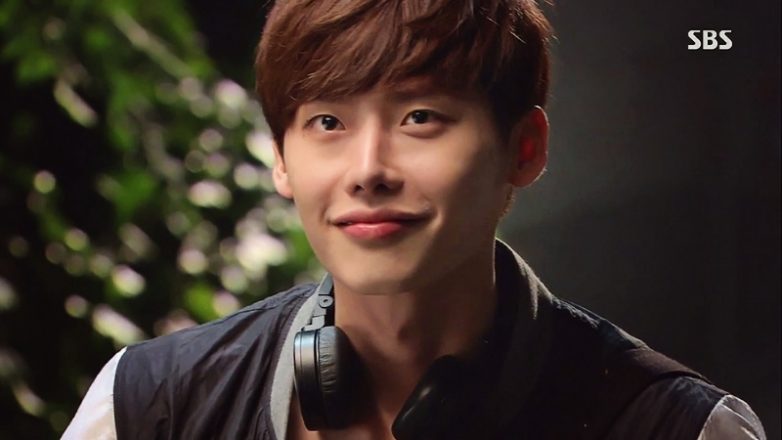 A man with a strong sense of justice, Cha Gwan Woo left his old job as a cop to become a public defense lawyer. Contrary to his dim-witted appearance, he is quite intelligent and uses his critical thinking to resolve the assigned cases.

With no greed for money or fame, Cha’s sole purpose of life is to help the powerless people. However, he later discovers that life is not drawn solely on black and white and that, there are many gray areas when it comes to court trials. 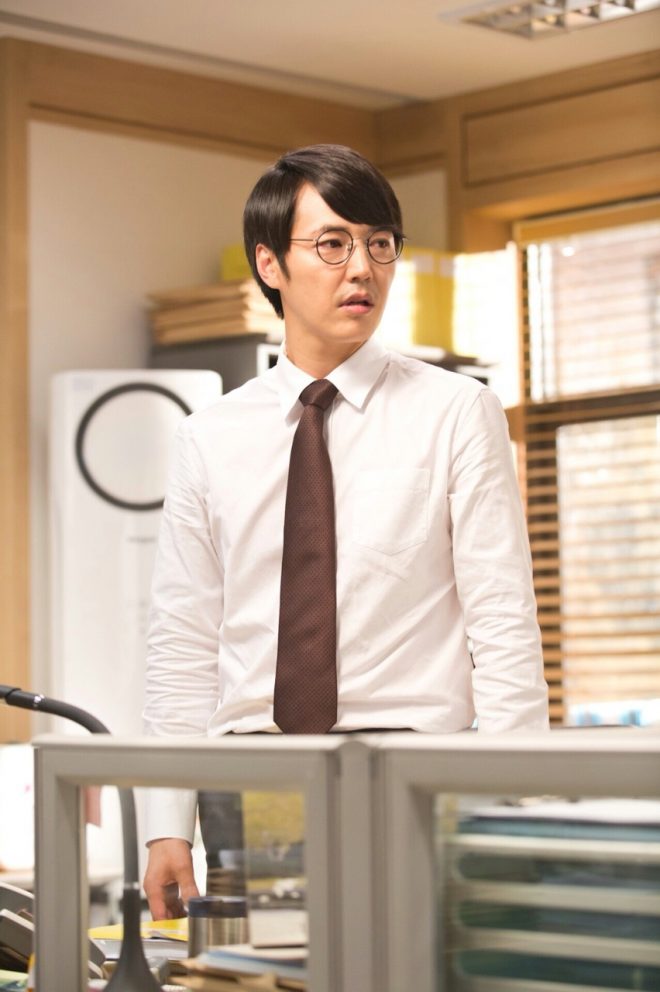 Seo Do Yeon (Lee Da Hee) was conniving at the very beginning. As a child, because of her insecurities, she framed Jang Hye Sung by lying that she hurt her. But, after Seo Do Yeon becomes a prosecutor, she gradually makes progress and becomes a better version of herself. 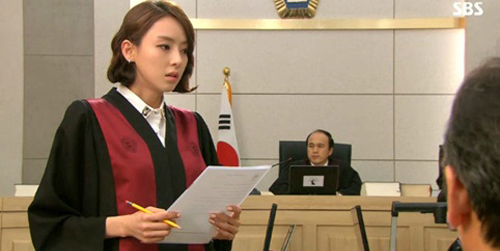 Each episode focuses on a new court room case. Some cases are simple but tricky while other are much more intense. However, each of the cases carries a through provoking message about life and people.

Also, throwing insights into the situations of the people who get convicted for committing crimes, the drama focuses on the fact that not all of them are necessarily evil. The law exists to maintain the order of the society, however, since laws are made by humans too, they have their flaws.

Therefore, it is essential for those who practice law to completely assess the case from all aspects instead of going ahead by just the book. As the characters in the drama do their utmost best to bring justice, it draws empathy, thus, making viewers root for their win. 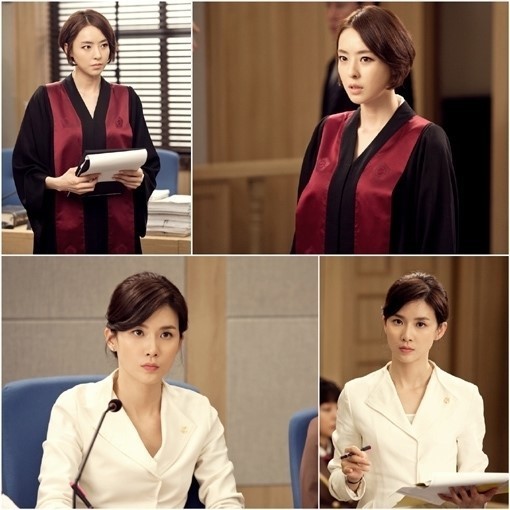 I Can Hear Your Voice Series Afterthoughts

I Can Hear Your Voice is not singly a romance, supernatural or a suspense drama but, it is a culmination of all of them. While, having too many elements in a drama can be a recipe for disaster, the series blends them all perfectly and none of them has an overbearing presence over the other.

One of the dramas, that has been my introduction to the K-Drama world, this drama left a lasting impression. I have watched this multiple times, and it never gets old. Rather, I ended up loving the actors and their characters even more. 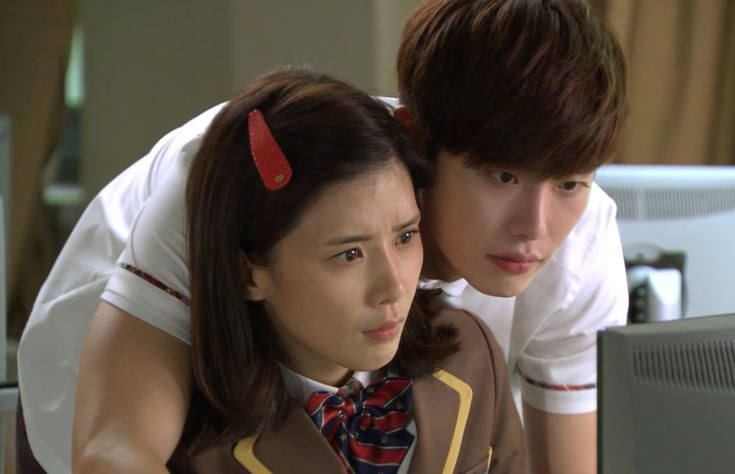 A well-contrived plot and a positive character growth of the main leads, earns I Can Hear Your Voice a spot in the heart of the viewers. Not having a dull moment throughout the series, the drama is totally worthy of a binge-watch.

Do not let the age gap between the main leads stop you from watching the drama, because the narrative is top-notch. Besides, romance is just a small fraction of what the entire series has to offer. 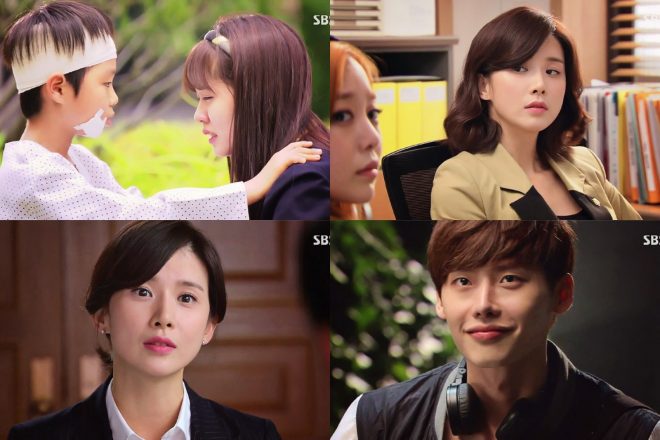