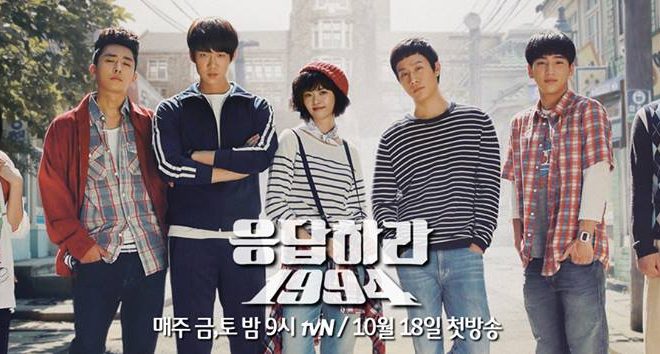 Perhaps the most underrated of the series, Reply 1994 doesn’t hold back on the quirkiness and warm memories.

Reply 1994 keeps the trend of the guessing game throughout the entire drama. Caught between two great guys, the series known to keep its viewers guessing right up to the end. But viewers don’t mind though, because the drama takes a leisurely walk through a nostalgic trip that leaves viewers reminiscing their own sweet first love. 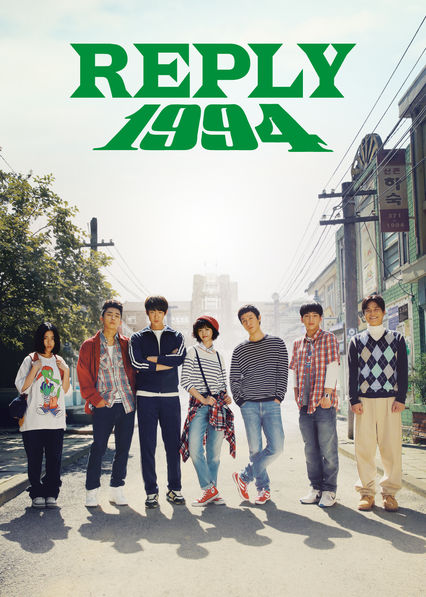 If you’re a fan of the other dramas in the Reply series, you shouldn’t overlook Reply 1994. The characters are quirky and very unique. It’s made from the same formula, which on its own makes this a drama that’s worth your while. But what makes it different is that the characters themselves are all lovable. The close bond between them gives the viewers a fun time that may remind them of their own past. 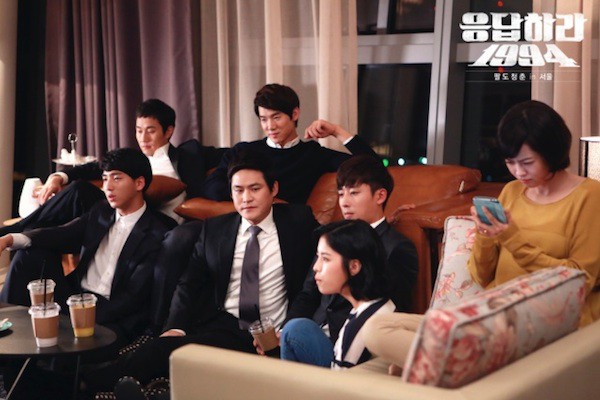 All seven friends live in the boarding house run by Na Jung’s parents, Sung Dong Il and Lee Il Hwa. In the drama, the boys don’t go by their real names, but are given nicknames instead, perhaps to keep the guessing game going strong. Na Jung is in love with her childhood friend Trash. When they were young, Na Jung’s older brother died because of a tumor, so Trash stepped in as her big brother.

Along with Samcheonpo, Haitai, Binggrae, Chilbongi and the other girl in the group, Yoo Jin, the quirky group deals with their studies, first love, family problems and their own self-discovery. Na Jung is loud and bossy, as expected of all Reply female leads. She constantly badgers Trash but keeps an eye out for him always.

The group fully supports their superstar Chilbongi, the rising baseball player. But Chilbongi has his mind on just Na Jung. Although he knows about her feelings for Trash, he can’t seem to forget about his own feelings for her.

Caught between Trash and Chilbongi, viewers are left guessing until the very last episode as to who she will choose in the end. 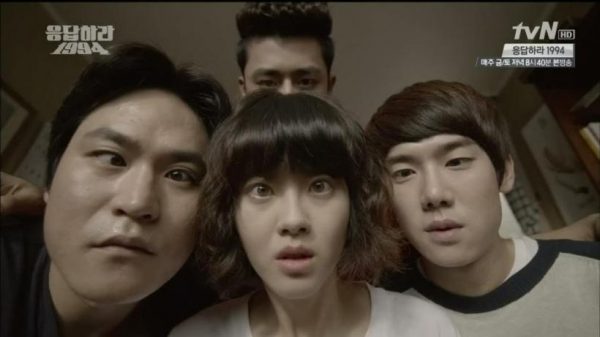 The strength of this drama is not just the story itself, but the backdrop of the story. Careful attention to the details that match their times, it’s fascinating to recognize things we also had. It’s a fun watch because you’re reminded of your own memories. Instead of watching a drama, you’ll feel like you have an intimate look through someone’s memory box.

A major part of the drama was their pagers. It was fascinating to watch them line up at pay phones just to listen to the voice messages and then send their replies. It made me feel nostalgic about my own pager, which looked exactly like theirs too. This is what I’m saying about the entire series, it’s the little details that make the drama so meaningful. Although the characters themselves cringe at their younger selves, it’s such a nice sentimental journey to be reminded of our younger years.

Out of the three dramas in the Reply series, I watched this drama last. I have to admit that I didn’t know anyone in the cast except for Go Ara, which didn’t entice me to watch the drama. However, once I started, I found myself not wanting to stop. The same old familiar Reply recipe is kept intact.

Sung Dong Il: The Best Father of All Time 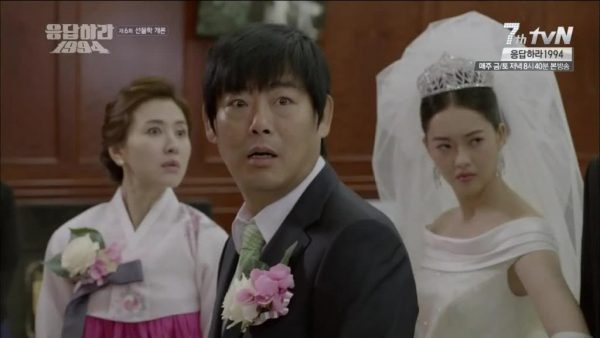 Ah, the famous appa. He may be crabby and loud, but Sung Dong Il (they use his real name in the drama!) is warm and loving to all the kids. He treats them all like his own, and it’s as if he’s one of them as well. Along with his wife, Lee Il Hwa, it’s really as if we’re seeing our own parents during that era. The Reply series created a Sung Dong Il fan out of me.

Toggling between 2013 and 1994, the drama continually teases viewers with a headless groom. The unnamed husband keeps the suspense going, along with scenes where they almost mention his name. However, when they do finally reveal his name early on in the drama, it isn’t even a clue. Remember, the boys go by their nicknames. 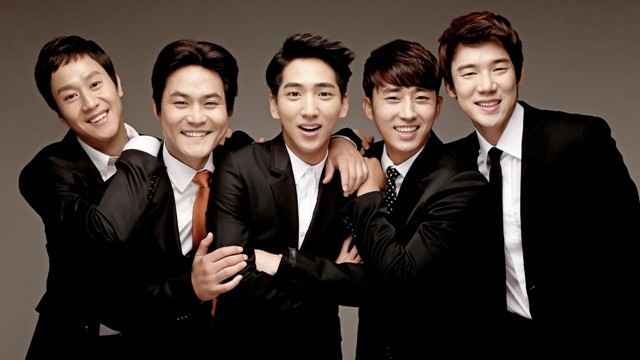 But actually, it isn’t difficult to figure out which guy she would pick. The mom dropped the bomb within the first few episodes when she said “They’ve always liked each other” during one of Trash and Na Jung’s loud arguments. From then on, I kind of knew it would be Trash. Although secretly, I rooted for Chilbongi.

Obviously, if you’re a Reply fan, get with this drama asap. It may seem like a long run, but believe me, you’ll eat up the episodes and it still won’t be enough. The close friendship between the group would warm anyone’s heart. If you love to torture yourself over a solid love triangle, then this one’s for you too.

While the guessing game between the two male leads is mainly what the Reply series is about, the bipolar love affair it creates in the viewers is an experience in itself as well. Reminiscent of Reply 1988, I found myself going back on forth on Chilbongi and Trash. I felt that no matter which guy she’d choose in the end, I’d still end the series with a great big smile on my face. 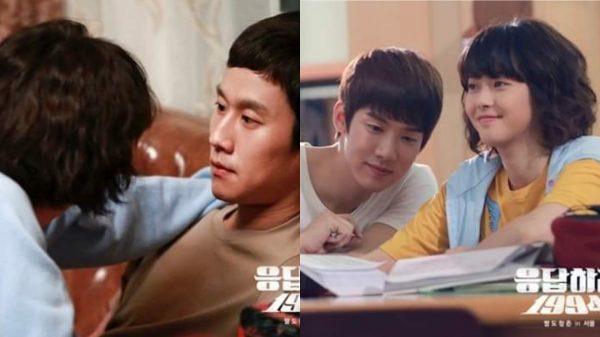 You Might Want To Read: 35 Benchmark Korean Romance Dramas You Should Have Watched By Now

We need your support! If you have enjoyed our work, consider to support us with a one-time or recurring donation from as low as US$5 to keep our site going! Donate securely below via Stripe, Paypal, Apple Pay or Google Wallet.
FacebookTwitter
SubscribeGoogleWhatsappPinterestDiggRedditStumbleuponVkWeiboPocketTumblrMailMeneameOdnoklassniki
Related ItemsAnswer me 1994Go AraJung WoorecapReply 1994Reply 1994 ReviewYoo Yeon Seok
← Previous Story K-Drama Review: “Chief Of Staff” Weaves Realistic Plot On Politics, Lawmakers & Their Aides
Next Story → K-Drama Sneak Peak: Moon Geun Young & Kim Sun Ho To Tackle Subway Mystery Adventures In “Catch The Ghost”