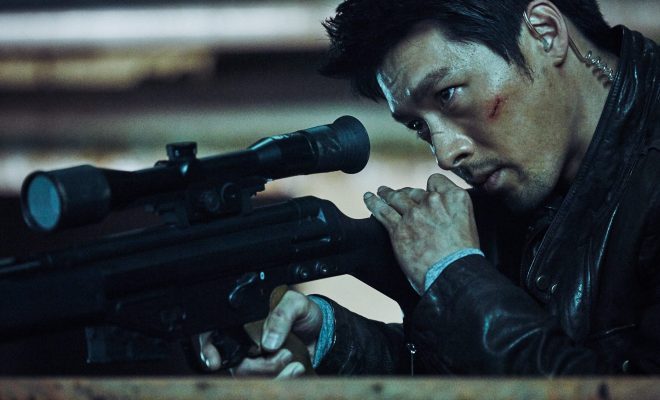 ‘Confidential Assignment’ featuring Hyun Bin utilizes the Korean Unification premise in a thrilling caper that you can finish in one sitting. 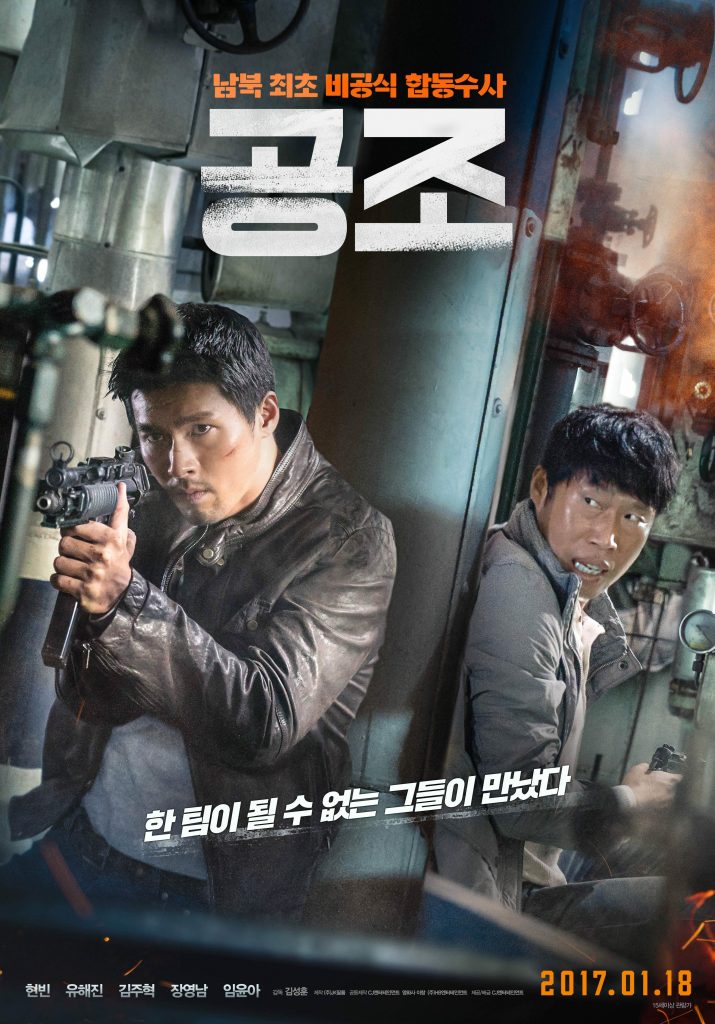 Still reigning supreme on running 2017 South Korean Box Office is Director Kim Sung Hoon’s Confidential Assignment, which garnered a whopping 7,800,000+ admission sales since it premiered on January 18. It was sold to 42 territories across the US, Asia and Canada.

The film stars Hyun Bin as a North Korean elite detective Im Cheol-ryung, who is on a mission to capture a rebel officer Cha Ki-seong(played by Kim Joo Hyuk) by working with a South Korean police officer Kang Jin Tae (portrayed by Yoo Hae Jin). 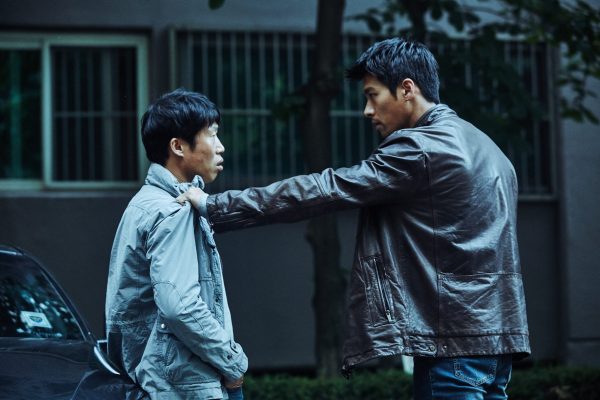 When an urgent command to mobilize and seize a factory fell through, the troop led by Special Investigative Force North Korea Captain Im Cheol Ryeong (Hyun Bin) was obliterated. He earns the ire of the Republic’s high officials while grieving for the death of his comrades and wife.

He is tasked to apprehend the runaway comrade, Special Force Commander Cha Ki Seong (Kim Joo Hyuk), by tracking his whereabouts while a joint Korean summit is being held in Seoul. At the expense of betraying his country, Ki Seong pulled a heist to obtain master plates that can produce fraud bank money, which would instigate international conflict if it gets traced back to North Korean soil.

Cheol Ryeong is given three days to put a collar on the rogue officer, who is in negotiation with a South Korea conglomerate company to invest on mass manufacturing of the fake dollar notes through the master plates that he has stolen from North Korea.

Enter Kang Jin Tae (Yoo Hae Jin), a clumsy street cop, who is thrown to spy on Cheol Ryeong’s mission details since the North Koreans appear fussed about the insurgent officer. The two work in tracking Ki Seong’s follower, but lost him so he is able to alarm the villain that he is being trailed. Unable to trust each other, the two constantly banter, but eventually reach an agreement to work on the case when Cheol Ryeong reveals how his friends died because of Ki Seong. 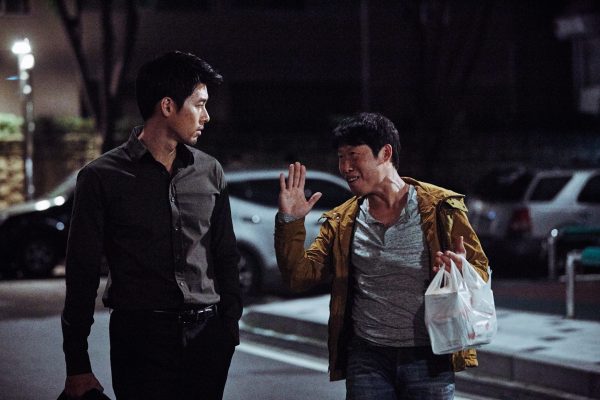 The South Korean police obtain an intel about the company Ki Seong is communicating with and alert the detective duo stalking the antagonist. They engage in a thrilling car chase where Ki Seong is trapped without any weapon to defend himself, but Jin Tae halts Cheol Ryeong who is about to shoot the villain.

Ki Seong takes advantage of the interruption to jump in the nearby river. Furious on Jin Tae’s meddling, he uncovers how Ki Seong killed his wife and their unborn child. Guilty on his uncalled act and losing their target, Jin Tae urges Cheol Ryeong to take off with the master plates.

Just as Cheol Ryeong preps up to go back to his country, Jin Tae calls him to inform that Ki Seong survives and abducts his family. Cheol Ryeong seeks permission from his Commanding Officer and heads to the rendezvous set by Ki Seong.

Jin Tae finds his family tied by metal chains with a ticking bomb nearby. Ki Seong orders his sniper to kill the family but Cheol Ryeong shoots the marksman to signal the final showdown with the nemesis. 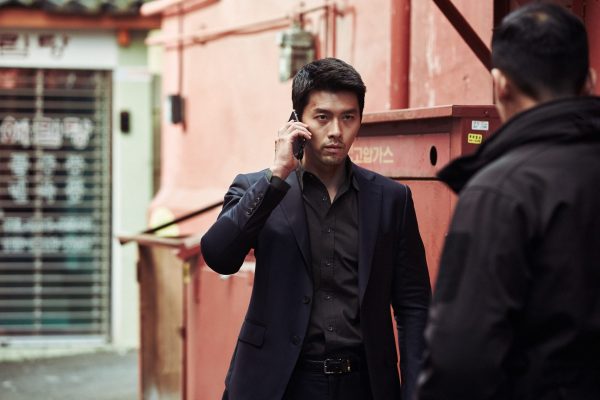 We get a yin-yang officer combo, who provides the charm for the story, while the mischief-making villain balances it with his sporadic angst and greed. Hyun Bin personifies a stoic North Korean detective against Yoo Hae Jin’s free-spirited South Korean police officer. Both are compliant of the orders given to them, and are vigilant in trying not to expose the furtive orders attached to their missions.

When their connection hit the bromance point, they defy the orders given to them, and stick to their convictions as upholders of law. Kim Joo Hyuk projects your usual action film rival with his ability to outwit the protagonists for the most part of the story until hitting the conclusion, when he is finally subdued.

Hyun Bin is far from his usual debonair vignette, and is ascetic all throughout the story. That unfortunately played at his disadvantage because he is not required to unleash his acting prowess, and goes like a textbook action hero in the story. As usual, Yoo Hae Jin nails his character role, giving the zest and humor in the story. 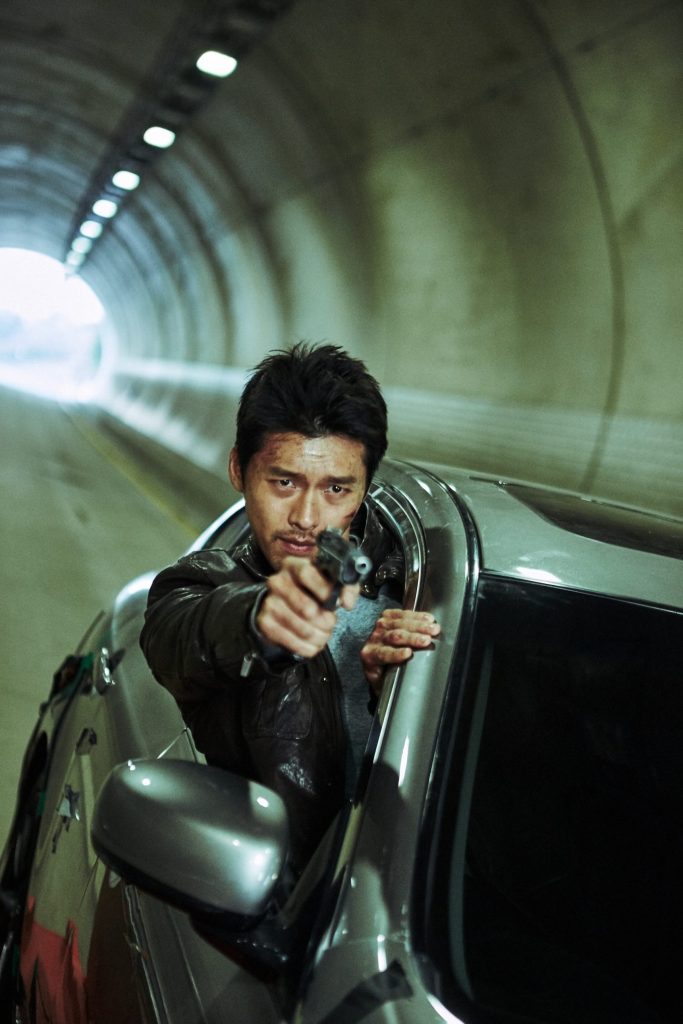 Confidential Assignment relies on hurling heightened action scenes through its modest writing. The Korean unification themed plot maintains the intensity for most of its run, albeit a little emotional frames and fillers that did not suit the flow of the story.

The pinches of humor insert every now and then, function as breather while the protagonists plunge to a gripping roller coaster ride to pin down the anti-hero.

Confidential Assignment delivers in showcasing high-octane action sequences and easy to follow narrative. That being said, having one central conflict which I think helped a lot for its easy to digest storyline even when it moves to a rapid pacing. Action films tend to work well with minimal dialogues and straightforward approach, and that is achieved well by Confidential Assignment.