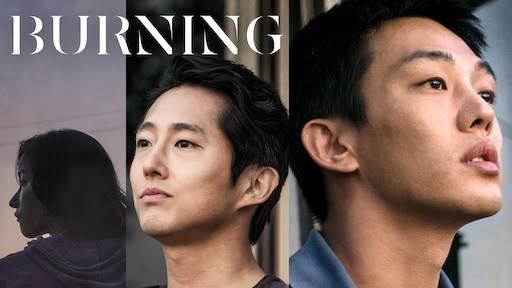 Burning’s peculiar yet articulate depiction of societal issues made it a favorite among film critics that it notched some of the highly coveted film recognitions from various award-giving bodies around the globe.

An absolutely engrossing, out-of-the-box narrative awaits those who would watch the film Burning. This 2018 masterpiece by acclaimed movie director Lee Chang-dong deviates from the mainstream formula of psychological mystery thrillers.

Loosely based from the short story Barn Burning by the celebrated Japanese literary figure, Haruki Murakami, Burning is Lee’s homage to the author’s avant-garde style of storytelling by means of metaphorical devices to explore the depth of human emotions. 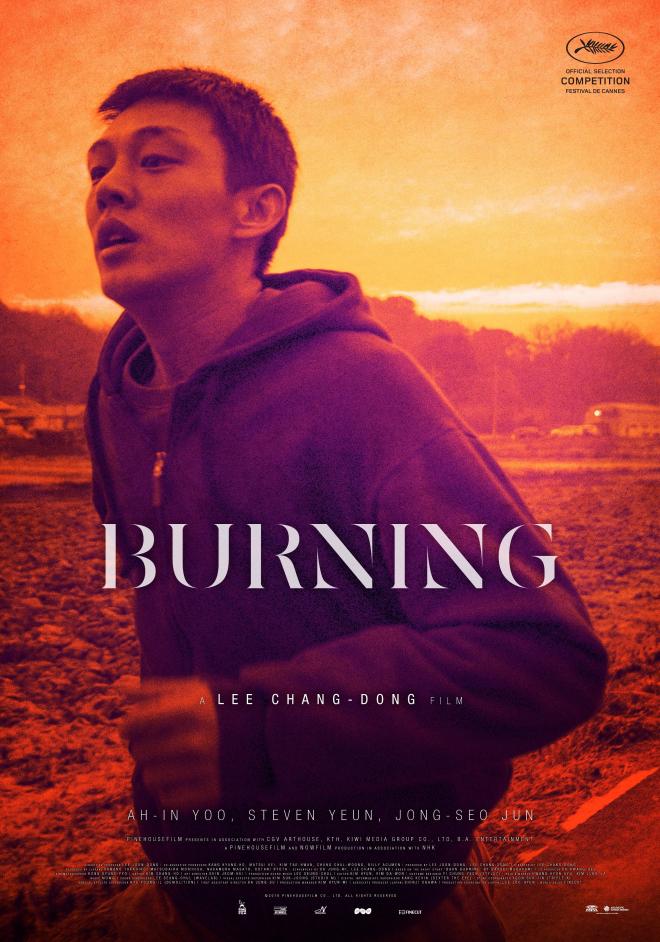 Burning traverses the journey of Lee Jong-su (Yoo Ah-in), an aspiring writer who works as a delivery person in Paju, a town located at the Korean border. A chance encounter leads him to reconnect with a childhood acquaintance, Shim Hae-mi (Jeon Jong-seo), whom he failed to recognize at first instance as she admittedly underwent a plastic surgery.

The two immediately overcome indifferences which eventually leads to physical intimacy. Hae-mi enthusiastically shares with Jong-su her plan to travel to Africa, her artistic affinity for pantomime and a request for him to feed her cat, Boil, in her absence.

After several days on tour, Hae-mi returns with a mysterious wealthy man who appears to be her new lover named Ben (Steven Yeun). She takes Ben with her to visit her childhood town, Paju. There they meet Jong-su and the three of them smoke weeds at his house. Having developed a special affection for Hae-mi, Jong-su exhibits awkwardness and discomfort seeing her acting cozy with Ben.

While Hae-mi falls asleep after half-nakedly losing herself on a trippy dance, the two men engage in a casual yet personal conversation. Jong-su starts off by sharing how his abusive father made him burn his mother’s belongings after she abandoned them when he was a child. Ben also shares his strange arsonistic penchant for burning greenhouses describing them as “ugly” and “useless” and therefore have to be devoured by fire into ashes. 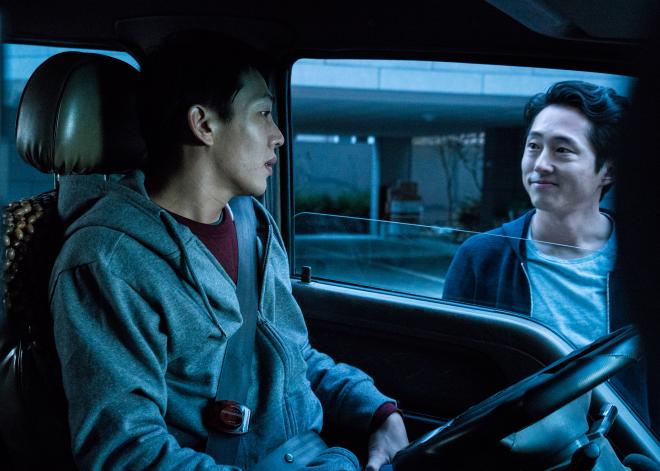 Devoid of any signs of remorse, he haughtily says he gives in to this urge in an interval of two months hinting Jong-su his excitement to burn another one in a day or two, somewhere that is close to him. Bemused by this extreme oddity, Jong-su curiously prods Ben with how he discerns a greenhouse to be “useless” to which the latter responds through philosophically-layered assertions.

A couple of days later, Jong-su receives a call from Hae-mi in what would be their last contact. What he hears, however, are strange almost inaudible sounds from the other line evoking an ominous feeling.

Hae-mi is nowhere to be found. Jong-su reaches out to her family and friends, but their unfazed stance on her disappearance leaves him disappointed. They rather deduce it as a mere act of running away, assuming that Hae-mi is crippled with debt.

Jong-su’s hunches are directed at Ben – who may have had a hand on Hae-mi’s vanishing. He stealthily follows him everyday until his relentless efforts turn into an obsessive stalking. Ben, one day, catches Jong-su following him to which the latter explained that he was just after Hae-mi’s possible whereabouts.

Blatantly unconcerned, Ben instead invites him to his place. As he obliges with the invitation, Jong-su finds something inside Ben’s house that can shed light on Hae-mi’s disappearance.

Burning introduces an ensemble of layered characters who need further deconstruction to fully appreciate their essence in the story. Strange as they appear to be, these characters have so much stories to tell. 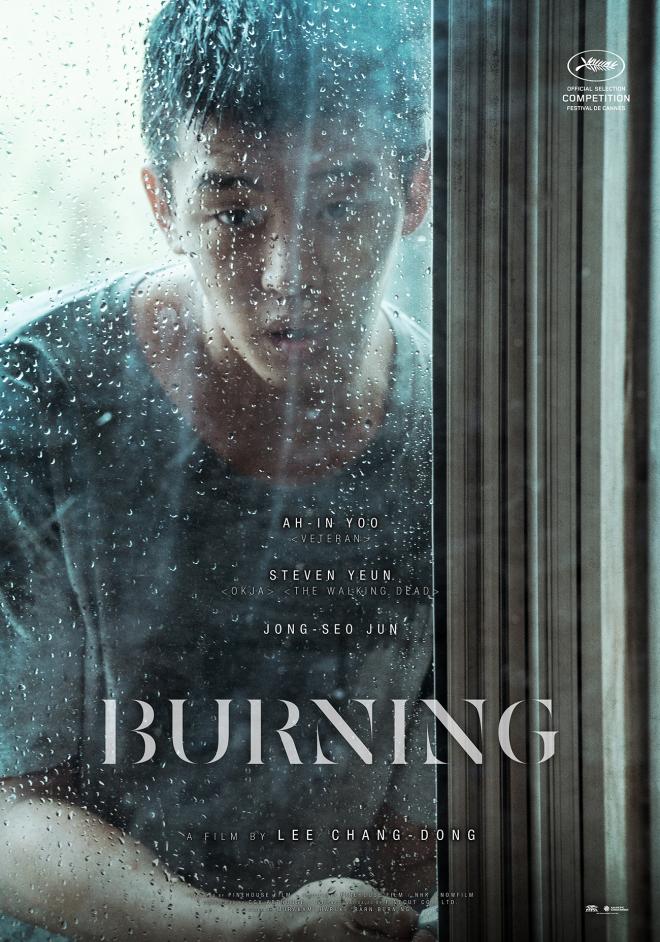 He drifts in various travails hampering him to focus on his dream of becoming a writer. His father is involved in a messy legal battle for assaulting a public official. His mother abandoned him when he was young. He is left to take care of their farm while juggling it with his job as a delivery boy.

When he was asked about what he would like to write about, he’s quick to mention classic writer, William Faulkner, as someone whom he would like to pattern his writing style from. Such reference pictures Jong-su as someone whose intellectual capacity goes beyond the mediocre range for people in the working class.

This is especially evident in instances when he expressed his angst about growing up with an abusive father, how he became so consumed by mere contemplation of Ben’s bizarre arsonistic addiction, and how his heartache towards Hae-mi’s vanishing turned into a dark obsession. 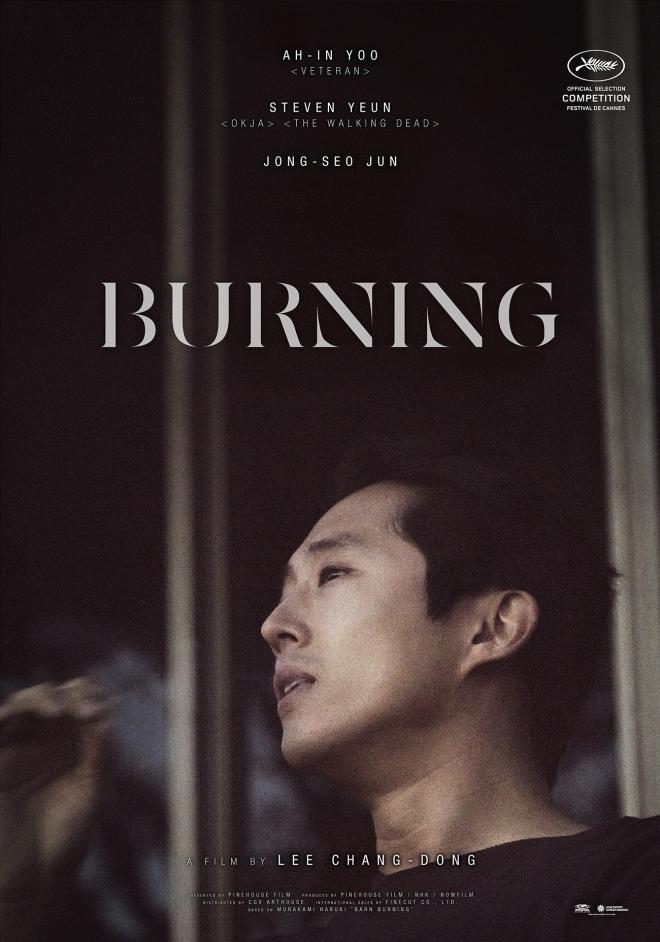 He is a mysterious and eccentric well-off man with an extremely discreet source of wealth. He owns a high-end abode in Gangnam, drives a luxurious Porsche car, dresses elegantly and fancies classy restaurant among the things that symbolizes his place in high society.

He is essentially everything Jong-su is not. He exudes confidence and nonchalance which manifest with the way he speaks about his points of view on things with socially imposing air. He appears to be nice and friendly yet with a contradicting emotional reticent side. His moral compass seems to frame an unsettling perspective about the world as it hinges on his idiosyncratic fixation and stoic tendency. 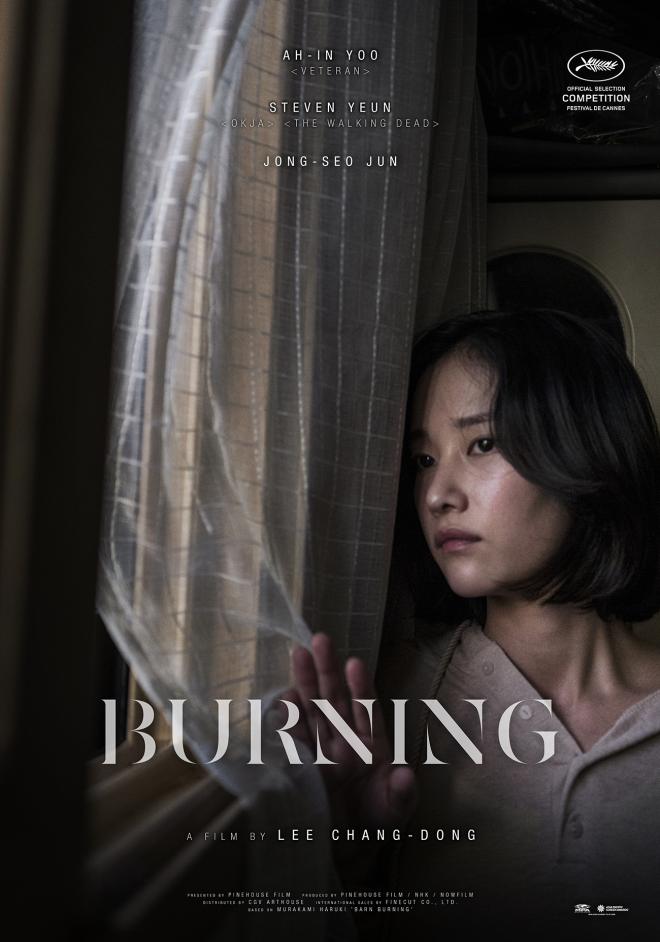 She is another conflicted character in the story. She is a free-spirited young woman who wants to experience the world by breaking the stereotypes attached to working class people like her. Saving up her meager earnings to bravely set off alone in Africa, having an ardent desire to learn the art of pantomime – these are some of the things not afforded to people who struggle to make both ends meet.

However, as deep as her yearnings to liberate herself from these forbearance are the heavy chains of social and personal limitations making her submit to society’s standards. Such is her choice to undergo plastic surgery to look acceptably beautiful by society’s standards.

To some extent, she becomes subservient to her own materialistic tendencies as evident when she chose Ben’s company over Jong-su’s.

At face value, the film’s plot centers on a mysterious disappearance of Hae-mi which could be presumed as a possible murder case. But its real message is hidden underneath some imageries. Burning covertly presents significant points of discussion about social and moral divides. It specifically tackles issues on class struggles and gender inequality which have been ever-present in the history of humanity and are worthy to be given keen attention to properly address such long-standing issues.

The film speaks well about class hierarchy and how society, as manifested through simple interactions in the film, puts premium on such concept with an emphasis on how one’s social status is treated as a yardstick for the amount of respect one gets.

As discreetly visualized in the film, an implicit tension between the working class, Jong-su, and the financially elite, Ben, was subtly portrayed in a series of interactions. Jong-su, hounded by socio-economic limitations, is unable to take full advantage of his intellectual skills because there appears to be an invisible social demarcation line as to how far he could get. People seem to mock his aspiration to become a writer as something too ambitious for someone who rather fits a blue-collar job. Ben is on the other side of the fence. He gets free passes to express his views with emphatic persuasion, a convenience that comes with being on top of the social class. The manner in which he engaged in a casual conversation with Jong-su stating his principles with firm conviction gives an impression of a deity dispensing an infallible judgment. Albeit possessing good senses, Jong-su, on the other hand, unconsciously positions himself as an awkward receiving end of Ben’s imposing confidence.

Hae-mi’s role is very symbolic and crucial to the film’s essence. Her character presents important metaphors about how women are treated unjustly by relegating them into a second-rate gender. Such was her choice to undergo plastic surgery which suggests how women are objectified through their physical appearance. It implies how their value is boxed in a specific set of parameters. As stated by one of Hae-mi’s friends, “There is no country for women.” Such haunting line was delivered with strong resonance for viewers to contemplate about.

In addition, Hae-mi’s sudden vanishing is a powerful and profound symbol regarding how women have a dispensable position in society. Their absence would not amount to anything more than a replaceable role. 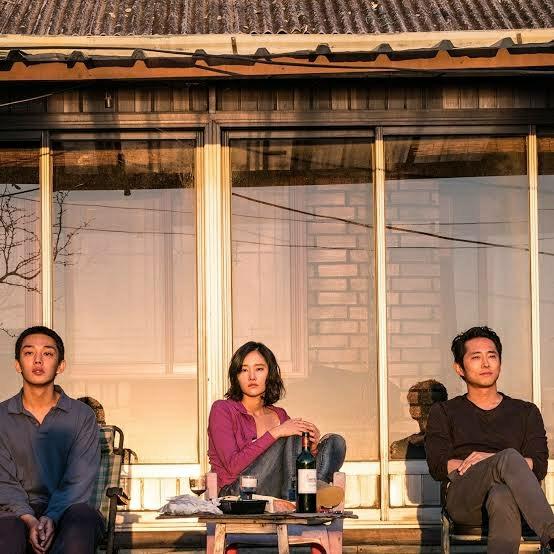 Running through a 32-minute short of a three-hour moving frames, the film is a slow-burn kind that demands patience and attention to details from its viewers as it mounts together every little piece of the puzzle through the course of the story until the summation of the protagonist’s reserved obsession explodes in the last few minutes of the film.

Burning is a kind of movie that leaves you with more questions than answers. The arc trajectory leads to a puzzling climactic finale as if in celebration of an absurd escapism.

As a Murakami reader myself, I can say that the essential elements of his story parallels with Lee’s film framework. The narrative movement follows a free-flowing track, slow but textured with significant details. Murakami’s signature style of rootlessness in which the conflict seems to spring out of nowhere brings a mixture of ambiguity and odd beauty to the movie. Director Lee successfully captured such elements but still making the film uniquely his own.

As layered as its characters is the narrative itself. I appreciate how its message is subdued beneath the complexities of its metaphors which allows for a deeper contemplation for the viewers. The story overflows with allegorical sketches as its most convenient method of delivering its message.

In such manner, the social and moral dilemmas presented were portrayed in the guise of a fictionally gripping and ominous mystery case. It is also worth mentioning that the most critical point of the narrative which is the “greenhouse burning” is itself a trope that requires further delving in order to be on the same page with the brilliant minds behind the film.

This figurative way of storytelling leaves the audience to decipher the whole sense of the story. As soon as one decodes the movie’s conveyed meaning, one cannot help but marvel at both the writer’s and the director’s remarkable artistry.

Overall, Burning’s authenticity in its uniquely woven bizarre narrative with a social commentary value makes it a great watch.