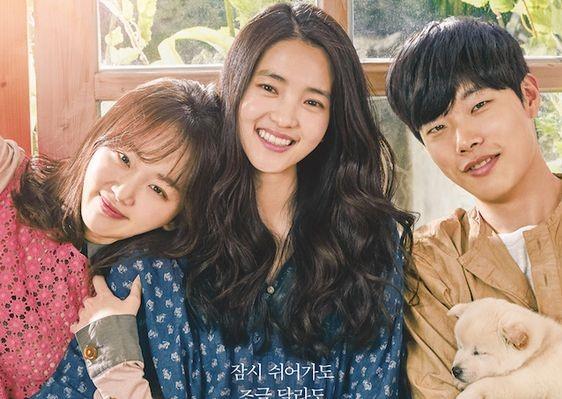 K-Movie Spotlight: “Little Forest” Sketches A Poignant Tale About Getting Lost and Getting Found

Little Forest overflows with lessons about the essential things that spark unadulterated joy and inspiration to living.

Letting go of everything you have at the moment could sometimes mean a greater chance of getting what is really meant for you in the grand scheme of things. Little Forest is an invitation to take a pause in the midst of a fast-paced world. 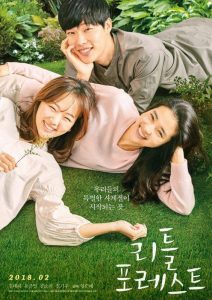 Related Film/ Dramas: When The Weather Is Fine | Chocolate

This wonderful 2018 slice-of-life film is a delight to viewers with its light, heartwarming depiction of a contemplative life in a quiet countryside village.

The story follows the journey of Song Hye Won (Kim Tae Ri), a young woman who suddenly returns to her childhood town after giving up a life in the big city. In search for a temporary solace after a frustrating career setback, she returns to her small hometown. The humble countryside  looks like a warm refuge in the middle of the cold harsh winter. 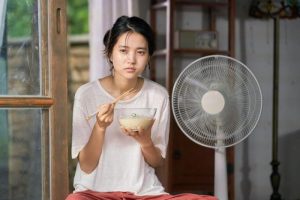 There she reunites with her childhood friends, Lee Jae Ha (Ryu Jun Yeol) and Joo Eun Sook (Jin Ki Joo), after years of losing connection with them. Surprised about her unexpected return, Eun Sook curiously prods her about her real reason for her sudden return. She just candidly answers she came home because she was hungry. 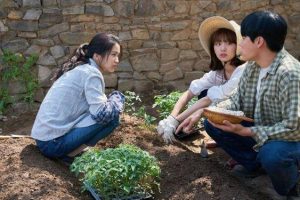 Hye Won, however, secretly harbors pain from unhealed wounds and overwhelming disappointments in life. These things prompt her to run away from the unforgiving life in the city. Confused, she quietly searched for a place to contemplate about what really makes her happy.

Immersing Into The Quiet Country Life 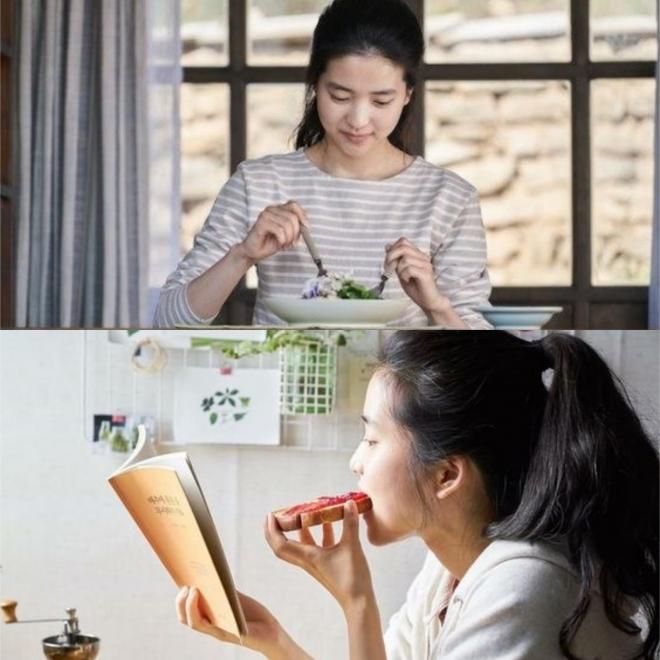 The small town seems to take her back with open arms as she drifts into its laid-back relaxed charm. Together with Eun Sook and Jae Ha, Hye Won obliviously adapted into the simplicity and quietness of the country life. She diligently engages herself into farming activities as she enjoys the bounty of nature. 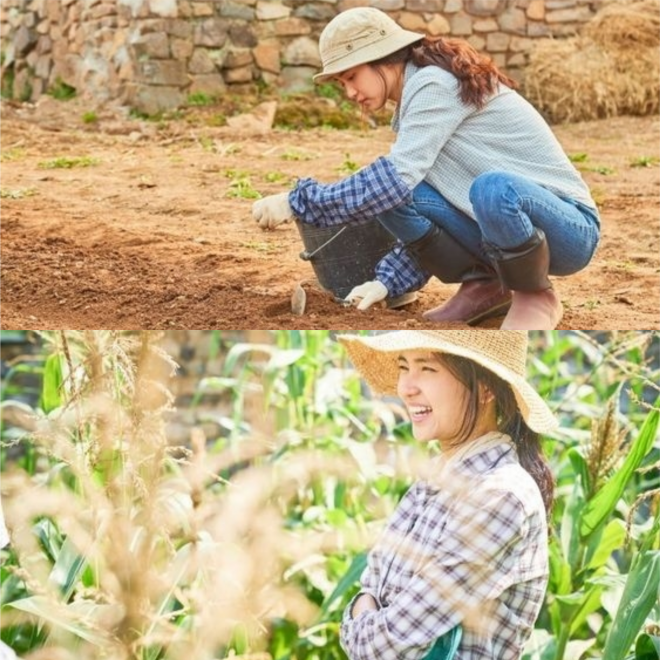 Hye Won especially finds fulfillment in cooking as it allows her to be her most authentic self.  However, as much as it evokes satisfaction in her, it inevitably pains her too. She is instinctively reminded of her mother (Moon So Ri), who left her years ago without a trace.

Those memories of her mother are something she cannot seem to shrug off. Flashback scenes randomly come flooding her vision – those mundane moments she shared with her mother when they bonded over preparing delightfully appetizing meals. 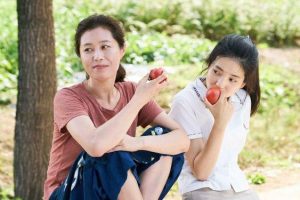 Seasons pass by, Hye Won is still in the comfort of her home in their small town. The unhurried life becomes holds her back from moving back in the city. Her quiet stay in the countryside turns out an to be a healing experience for her.
One day, in the middle of the winter season, she sets off back to Seoul. Her unannounced departure leaves Eun Sook disappointed. But Jae Ha knows deep within him that she will come home again one day in springtime. 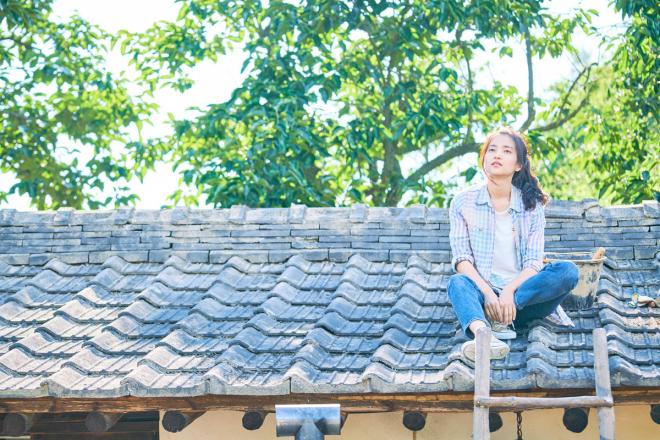 The story’s protagonist is a young adult caught in the crossroads of life. She is a beautiful character to watch with so many things to teach us with her flaws as a human.

Her father died when she was young. Her mother, whom she loved so much, left her for reasons unknown to her. She lives in solitude for the most part of her life enduring emotional battles alone. Hye Won is a sum of all tribulations caused by resentment, frustration and confusion.

As burdened as she may be, she is just as resilient and uncomplaining as much. She wanted to break free from the vicious cycle of a hollow life. With a leap of faith, she fearlessly left everything and set off somewhere else where she could heal. 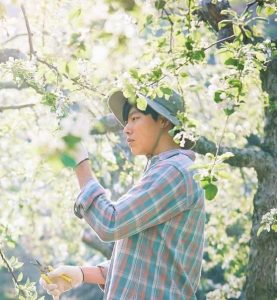 Jae Ha breaks the stereotypical image of farmer. Wise beyond his age, he has developed into a profound and philosophical person. He tried his luck in Seoul and found himself working in a big company. He worked as a corporate employee, but it seems meaningless to him.

Armed with wisdom in pursuit of purpose and contentment, he opted to leave Seoul for good and returned to his roots. He found satisfaction in farming and embraced it as his niche in life. 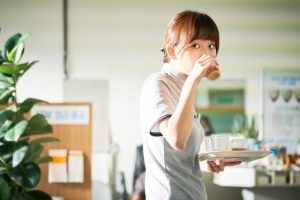 Eun Sook has lived in their small town all her life. She works as a dissatisfied bank employee and longs to escape the tacky life in the town village.

She overtly expresses her emotions and is not afraid to speak her mind. However, she somehow holds off her feelings for Jae Ha even though she openly admits liking him. 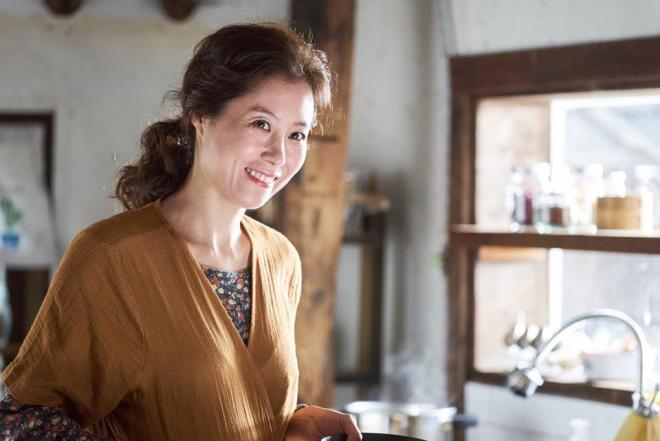 Although she was sparingly shown in the film through flashbacks, she portrayed the character of a loving mom who took life’s adversities with a positive and strong resolve.

She, too, had her share of inner longing to pursue an unfulfilled purpose in life. Without any elaborate depiction, it seems that she her sudden disappearance is to find her own place, in a figurative sense. 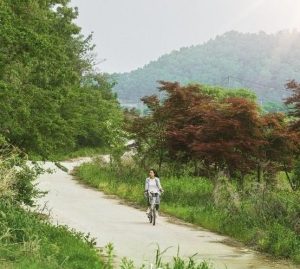 We live in a harsh world which will never stop for us even when we are knocked down by setbacks in life. This film is a wonderful gift for people who are hounded by their bitter past, hammered by the series of travails and devoured by the anxiety caused by the uncertainty of the future. It invites us to take a step back, listen and reflect upon the silent voice inside us.

Hye Won understood her need for emotional clarity and some closures for the things that still haunt her. And it started by acknowledging her pain. With it came the courage to leave behind the things that weigh her down. Slowly, she was able to re-build her life with a shift in her life priorities.

And only after finally being healed that she was able to understand and graciously forgive her mother. As she emptied her heart from the grudge that had consumed her for a long time, she sincerely prayed for her mother’s healing too. 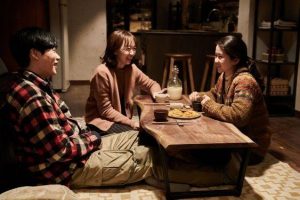 Once in a while, we long for people who know how to speak a language that transcends indifference and prejudice. Little Forest demonstrated a meaningful friendship that embraces individuality of everyone and fosters the growth of each person.

The friendship Hye Won forged with Jae Ha and Eun Sook over time has filled in the huge void in her life and has helped her to look at the world with fresh eyes. The warm and welcoming company they gave her is comforting and reassuring enough for her to realize that material things take a backseat when it comes to real happiness. It is the intangible things that make one essentially rich in every sense.

Food For The Soul

Life in the big city has been too much for Hye Won. Its grim mundanity has left her hungry both literally and figuratively. Seoul has nothing but bland, manufactured food to offer leaving her always empty. In a deeper sense, city life has left Hye Won aching for something that would feed her soul.

As she moved back to her hometown, she gained a renewed vigor through the art of food-making. Her love for food has always been there, waiting to be explored. And it’s something she has to thank her mother and nature for. 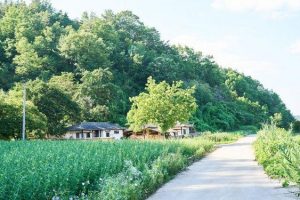 Nature has withstood the test of time and humans have so much to learn from it. Set in a beautiful backdrop of a countryside village, the film gave emphasis on the special relationship between humans and nature.

Hye Won discovered how nature has its way of clearing away her weariness and allowing her to appreciate life with wild abandon. She basks in its beauty – serene and peaceful, as if speaking to her in a unique language that goes deep enough to heal her wounds.

Little Forest brims with so many life lessons through its simple storytelling. It is the kind of contemplative story that will tug at your heartstrings with its subtly dramatic narrative with deep character study.  The film offers poignant points about healing and enlightenment.

The story’s heroine is a perfect depiction of a character overwhelmed with disappointments and frustrations over uncontrollable things. Yet she gained more than what she lost by embracing her innate passion- food and nature.

The film needs no villain nor plot twists for the story to smoothly flow on its course which is refreshing to watch. The protagonist’s internal struggles posed a conflict valid enough for the audience to keep up with the film’s narrative progression.

Its cinematography remarkably highlights the beauty of nature. Nature, indeed, has its unique healing power that immensely impacts humans and every relationship dynamics.

The film’s message is simple – the simplest and most essential things in the world  are the ones that bring genuine happiness to us. It’s not the prestige of one’s job nor the amount of money in every paycheck. Rather, it is by being true to one’s nature and listening to the silent voice in one’s heart that one can see the profound fulfillment in life.

Indeed, food and nature beautifully wrapped the film in metaphors. It teaches us that all good things take time to cultivate.

Moreover, Little Forest teaches us that its okay to feel lost sometimes. It is our ardent desire to find ourselves and be at peace with it that matters.

Little Forest is our story too. Most of us are lost and have become jaded due to the demands of the world. Yet, just like Hye Won, a heroine in her own emotional battle, we too can eventually come to terms with a painful yesterday, uncontrolled circumstances or anything that is weighing us down.

After all, in the greater scheme of things, being is more important than having. May we also find our own little forest that will bring us deeper appreciation of life.