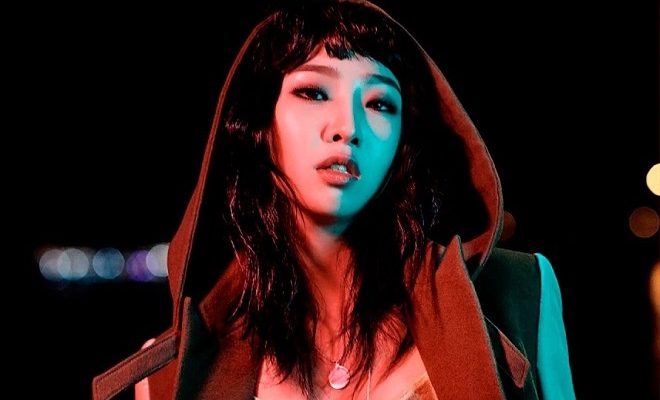 Minzy’s frustration and struggle of the past few years are laid bare on “Superwoman,” the second track of her debut mini album ‘Minzy Work 01 Uno’: “There were a lot of times I almost fell/I got up every time I felt like I was gonna cry.” There’s some ambiguity, but it’s clear what she means as she sings, ”Even if you leave far away from my side/I don’t care I’m gonna go my way.” With potential crossover appeal to western markets, YG has gone all in on promoting CL’s solo career, leaving the rest of 2NE1 by the wayside. Rather than continue to wait for YG’s notoriously slow process, Minzy left the company last April, and almost exactly a year later, she has returned with her solo debut.

‘Minzy Work 01 Uno’ is at once triumphant and vulnerable, serving as a proper introduction to post-2NE1 Minzy. For the first time, her music is personal, exploring style, love, and hardship. The six-track mini album is an assortment of contemporary sounds, spanning dance pop, pop ballads, and R&B. The variety of genres could have detracted from a sense of cohesion, but the mini album is thematically held together by a sense of liberation. For better or for worse, Minzy is on her own now, no longer held back, but also, no longer supported by one of the most commercially successful music companies in Korea. She plays it safe — not taking any significant risks — but every song sees her testing the waters, using her newfound creative freedom to search for her identity as an artist. There are features from Flowsik and Jay Park, but Minzy is undoubtedly taking the lead and finding her voice.

Signing as a solo artist with Music Works, Minzy was given creative control over her music, and it shows. Appearing sporadically in 2016, Minzy spoke about taking care to find the kind of music that she wanted to make and perform. This effort is evident throughout. Minzy’s most memorable moments thus far in her career have been on stage, not in the studio, and this was certainly a consideration in selecting the songs for her debut. Lead single “Ninano” is a hip hop influenced dance pop song that plays to Minzy’s strengths as a performer — the simple hook is essentially a dance break. This album also serves as a debut for Minzy as a songwriter, with writing credits on every song. At face value, the lyrics border on trite at times, but they work, given their context and delivery. Subtlety is rarely employed, but not necessarily to the detriment of the music. Straightforward songs about empowerment and love feel genuine and autobiographical despite the lack of depth or detail.

Comparisons to 2NE1 are inevitable, and perhaps the most notable difference is the absence of Teddy Park as a producer. German producer Michel ‘Lindgren’ Schulz makes his K-pop debut with the two singles of the project and his contributions are rather uninspired. Bouncy hip hop drums and heavy synth basslines underlie a string loop to drive “Ninano” as an upbeat dance song, but its structure is puzzling. Flowsik’s verse injects the track with a burst of energy, but it appears far too late. The extended pre-choruses feel clumsy, killing momentum, and the lack of a bridge or outro chorus leads to an abrupt, unsatisfying ending to the song. The production of “Superwoman” fails on premise alone. It doesn’t amount to much more than an imitation of the Chainsmokers’ downtempo pop songs, informed only by the most uninteresting and palatable aspects of EDM, that have been dominating US charts over the past two years. The singles are solid songs, but this mini album lacks the hit single that Teddy would routinely provide for 2NE1.

On the other hand, the B-sides offer insight into Minzy’s potential breadth as an artist. “ING” is the kind of grand, stadium-ready pop that 2NE1 excelled at, and Minzy very capably carries the song alone. Her collaboration with Jay Park is a by-the-numbers, but nonetheless excellent R&B song. The last song, “Beautiful Lie,” is undeniably the standout vocal performance of the album. It slowly builds as she addresses a lost lover, “Don’t ever look for me, don’t ask me/Let it be a memory/Don’t call me baby/Forget me, goodbye forever,” vividly recalling feelings of pain and regret. The composition is also led by Minzy herself, incorporating classical instrumentation to accompany the powerful ballad.

In Minzy Work 01 Uno’s moments of brilliance, it’s immediately clear that Minzy has the talent and skill to have a successful solo career. Very few K-pop idols successfully transition their careers from simply being performers to being full fledged artists. As of now, the greatest challenge for her career is to escape the shadow of 2NE1 and establish herself as a standalone artist, and her debut mini album is a promising and definitive step in the right direction. In a recent Instagram Live broadcast, Flowsik lauded Minzy’s approach to her career: “she’s a perfectionist, … just seeing the way she’s driven, you can tell tell for sure that she’s an artist. It’s in her DNA.” As its slightly unwieldy and redundant name suggests, this mini album marks a new beginning, and a fresh start gives way to a clear-eyed earnestness that shines through the missteps on this record.

All lyric translations from genius.com

Hellokpop, as an independent Korean entertainment news website (without influence from any agency or corporation), we need your support! If you have enjoyed our work, consider to support us with a one-time or recurring donation from as low as US$5 to keep our site going! Donate securely below via Stripe, Paypal, Apple Pay or Google Wallet.
22
SHARES
FacebookTwitter
SubscribeGoogleWhatsappPinterestDiggRedditStumbleuponVkWeiboPocketTumblrMailMeneameOdnoklassniki
Related Items2NE1Minzy
← Previous Story 5 Life Lessons We Can Learn From ‘Strong Woman Do Bong Soon’
Next Story → K-Movie Box Office Review: Hyun Bin’s 2017 Runaway Hit – ‘Confidential Assignment’