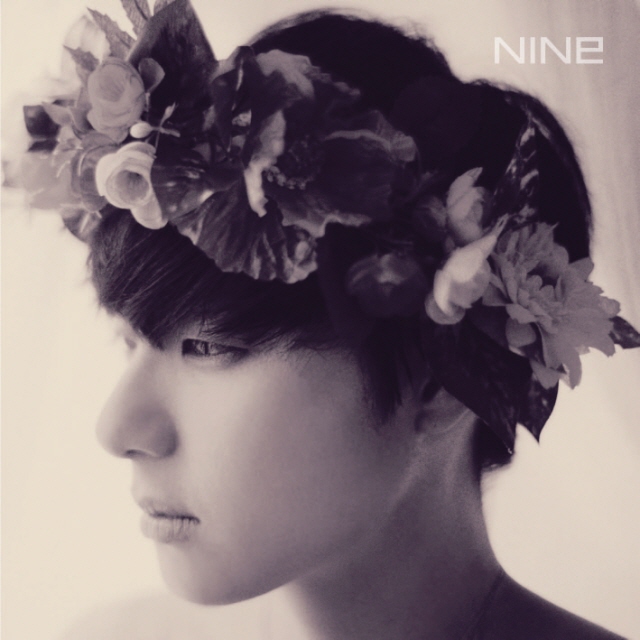 I’ve concluded that Nine9‘s husky, Seo Mun-tak-lite voice is actually a better fit for the tone-down ballads that line 9Stories than the breezy modern rock that she sings as Dear Cloud‘s vocalist. That’s saying something – performances like You’re Never Gonna Know (2011) were breathtaking. But the self-composed ballads of her solo debut album just make better use of Nine9’s tenderness and wisely eschew explosive melodies.

Broadly, the nine tracks consist of lightly rock-tinged pop numbers (yes, some do resemble Dear Cloud sounds) and really, really slow ballads. I’m more inclined towards the former than the latter; the ballads are nice enough, but a few don’t seem to get off the ground at all and end before it even started. The layout is similar to that of Park Ji-yoon’s Tree of Life (2012), and worth noting is that Dear Cloud’s Yongrin was heavily involved in both albums.

9Stories is also just as emotional as that album – its lucid, to-the-point lyrics are absolutely devastating, especially over the triple combo of 구해줘 (Rescue Me), 나쁜자유 (Terrible Freedom), and 비밀의 방 (Chamber of Secrets). Even when they’re not – when Nine9 does her best Sara Bareilles impression with a fan-minded tribute in 그댈 향한 멜로디 (Melody Towards You), for example – they’re always poignant, which again plays to the vocalist’s strength of subtlety. The artist knows herself the best, really. 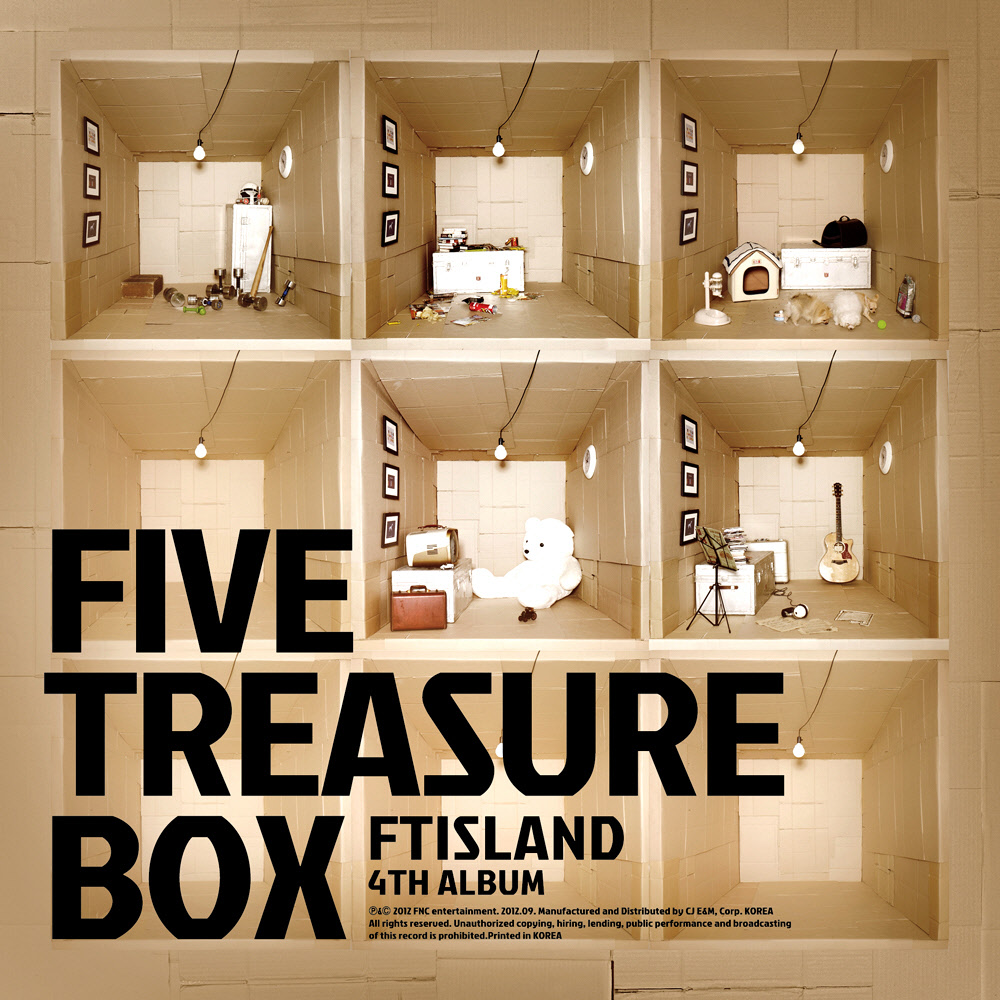 The case of FT Island is unfortunate. The band members have gone through a lot of questions surrounding their talent since their debut, and they’ve never been a critical favorite. I think we know by now that Lee Hong-ki is a heck of a vocalist and the instrumentalists are capable. That said, FT Island still hasn’t been able to answer the one question that loomed larger than the others: what does this band bring to the table that is uniquely theirs?

Five Treasure Box fails yet again to address that question. There is little sense of direction in this fourth album; its base of generic rock ballad and pop-rock is as amorphous as it is monotonous. There are some novel diversions, like the Latin tinge in I Wish and the island sound of U, but ultimately these only serve as distractions.

The album’s second half – which consist of tracks adapted from Twenty, the band’s Japanese album – fares slightly better than the first. There’s some velocity and personality here, as shown in the weighty riffs and involved chorus of Life. Such are merely sparks of potential, though. After five years, FT Island seems little advanced from where they were in their high-school days. Perhaps it’s a natural woe of an idol band, but I would hope that something fundamental changes with this band’s work. All this talent could be going somewhere. 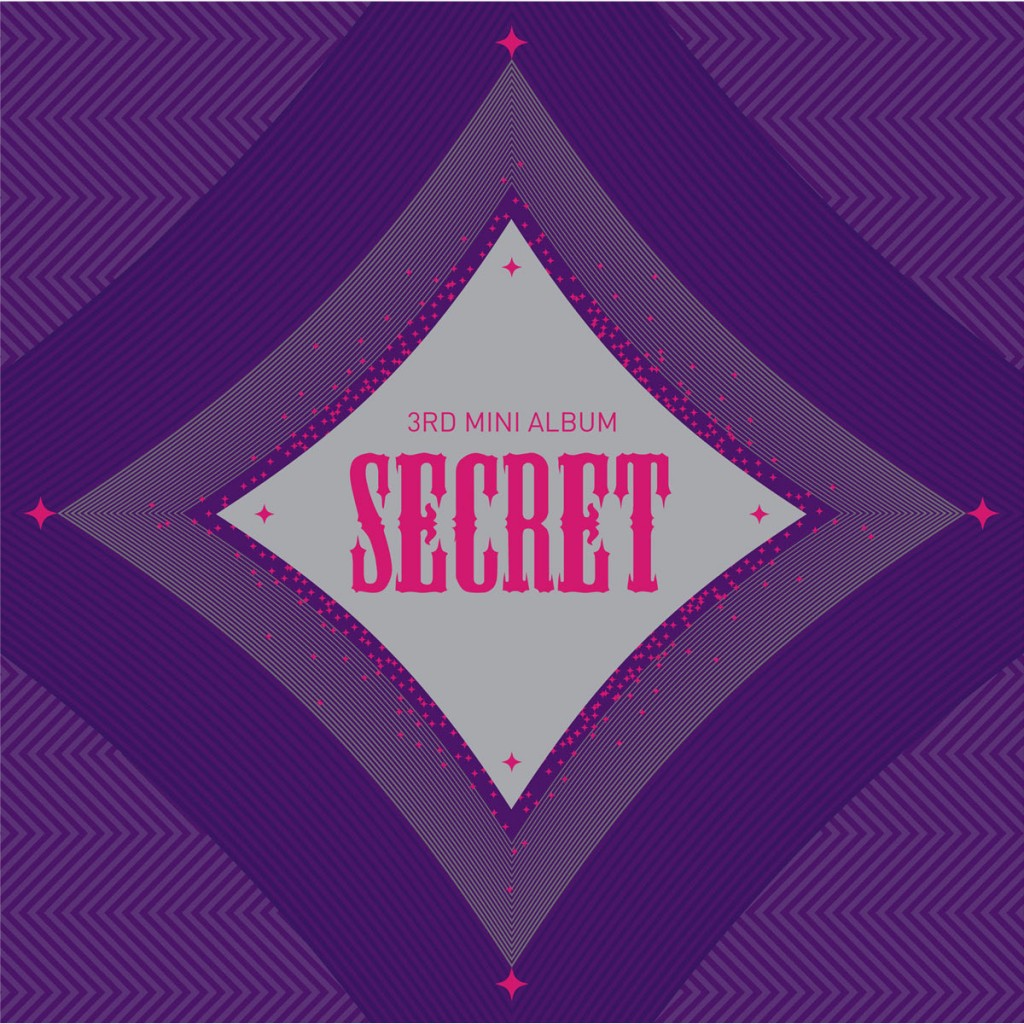 Yes, Poison (the song) is cut from the exact same template as Magic and Madonna. Composers Kang Ji-won and Kim Ki-bum don’t even try to hide it at this point, going so far as to insert the exact same vocal embellishments from Magic in here. Brass sessions, by now Secret’s trademark, as well as attitude-charged hook and charismatic vocalizations are all reassuringly familiar in return.

Unbelievably, though, Poison still manages to be good. It may have zero originality factor, but that brass backing and comping is actually more rousing than ever. The bass is punchier, the sax is a nice touch, and the Secret vocalists, now old hands at this, do their job faultlessly. It’s also undeniable that even after two years, few idol groups do real-session music this well. (Although, Kara and FIESTAR may have something to say about that soon.)

The rest of the EP has some welcome changes in pace. Falling In Love is more than serviceable as autumnal urban pop, and Calling U is surprisingly engaging with its intricate piano line. My biggest gripe with Poison (the album) is actually with one member in particular: Zinger seems to have regressed from her impressive showing in Amazinger. She’s too concerned with rap mannerisms this time, to the point where her overpowered delivery actively detracts from songs. With that aside, though, this is a nice, solid effort from a consistently performing group.