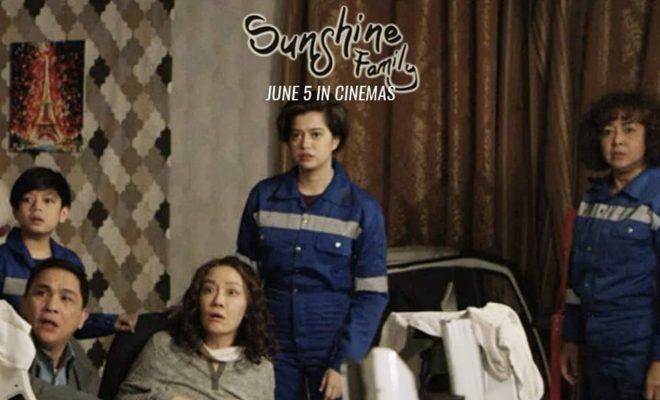 “Sunshine Family” Spins A Heartwarming And Amusing Tale For All Families

Spring Films’ newest offering is for the whole family to enjoy.

Sunshine Family is about a Filipino family living in Korea and adapting to Korean culture. As they immersed in their busy schedule and personal lives, they ultimately forgot the essence of being part of a family. After the head of the family gets involved in something unfortunate, the family realizes what’s really important to them, no matter where they are. 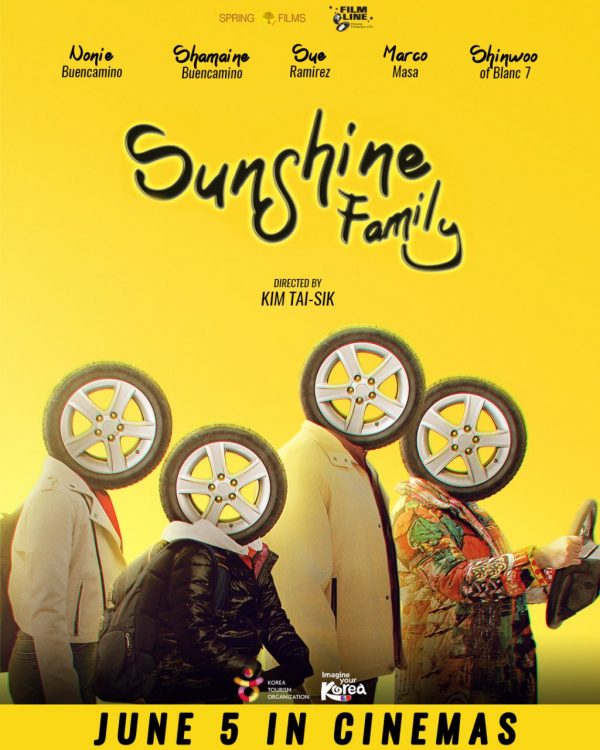 READ: Here’s Why You Should Book Korean-Filipino Film “Sunshine Family” On Your Next Movie Date

Set in South Korea, the Mapalad family is getting ready to move back to the Philippines when the father, Don, gets involved in a hit-and-run accident. Scared, he runs away and finds out afterwards that the victim died. Determined that the whole family will stay together, the mother, Sonya, tears the car apart herself. Crammed in their tiny home, she enlists the help of their children, to cover up for their father’s crime. Along the way, they rediscover the close bond they all lost while living in another country. 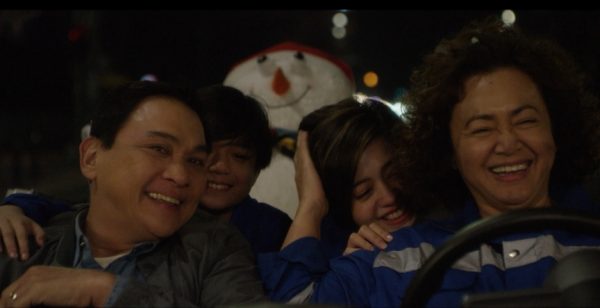 The Hellokpop team was privileged to watch the movie during its celebrity screening. We were pleasantly surprised that the movie was fast-paced but the story developed very well. From the opening scenes, the film engaged its viewers easily. Although the movie was set in a less glamorous part of South Korea, the sight was still equally beautiful. 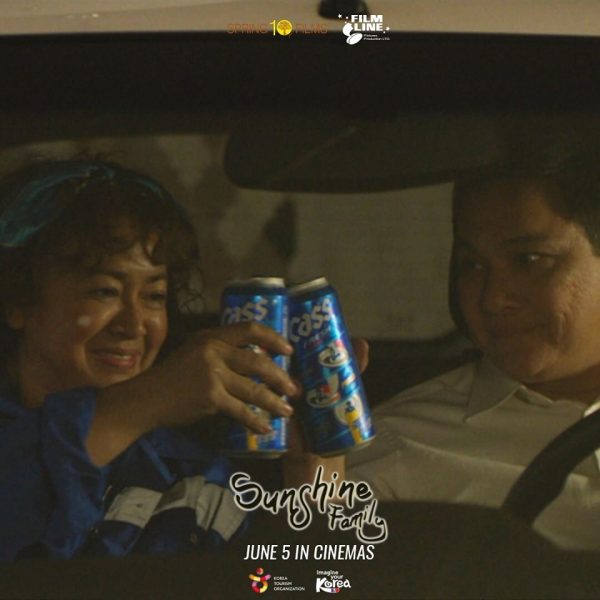 Furthermore, the characters were developed nicely. Don and Sonya Mapalad were the highlights of the movie. As it was real life couple Nonie and Shamaine Buencamino who were cast in these roles, there was a sense of realness in their acting. You can really feel that deep down, they loved each other. Also, one of the best and funniest scenes of the movie involved these two as well. Watch out for it!

Without giving much of the story away, the story was unique and entertaining. Actress Sue Ramirez was right. During the press conference, she said that the movie had a deep meaning to it, but the way that the scenes were done are funny. And they were indeed funny. Especially the Mapalad parents. They were dry and realistic, but they had their humorous moments as well.

The movie brimmed with family values. What was particularly touching was the acceptance of the parents of their children, whoever they are. In whatever circumstances their children find themselves in, Sonya reminded her husband that they should just love their children. It’s a particularly valuable lesson families need to hear. 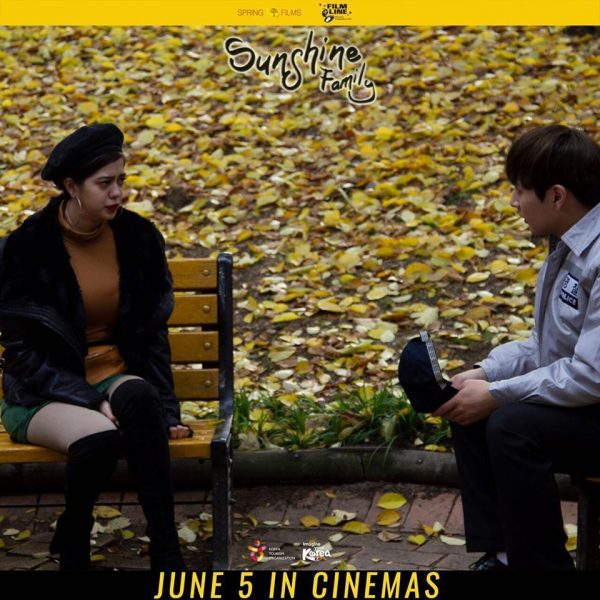 Somehow, I wish that Sue Ramirez and Shinwoo’s romance angle was further amplified in the movie. This couple had one of the most memorable scenes of the movie. Even after the movie, viewers kept remembering the scene and laughing about it. However, their story was simply glazed over and mentioned in passing. Shinwoo of Blanc 7 is talented in comedy and delivered his lines well. But then I also understand that the focus was the family and not the romance.

The youngest Mapalad member, had one of the best story lines also. As a young boy confused about his sexuality, he delivered his scenes quite well. His acting showcased maturity for his age that he should have had more scenes in the movie.

There’s no doubt that Sunshine Family is a great movie. The cast and crew obviously worked hard on the movie, and it shows. The scenes were neat. Humor was infused in most parts of the movie, but the heart and love of a family envelops the movie like a warm hug.

While watching the movie, viewers will laugh. Korean drama fans will delight at recognizing familiar Korean lines. It’s amazing how the Filipino cast spoke Korean fluently, especially the Mapalad parents. But it’s the heartwarming values that will stay with viewers long after the movie is done. The importance of keeping your family intact is highlighted several times. But at the end of it all, it’s accepting family members for who they are, and loving them despite it all, that makes Sunshine Family shine through.

So bring your entire family to the cinemas. You will laugh, you might even cry, but at the end of the movie, you will hug your family members a little bit tighter.

Hellokpop thanks Spring Films for the invitation to the press conference and celebrity screening. Emylyn Castalla, Nicole Caluag and abbyinhallyuland covered these events.