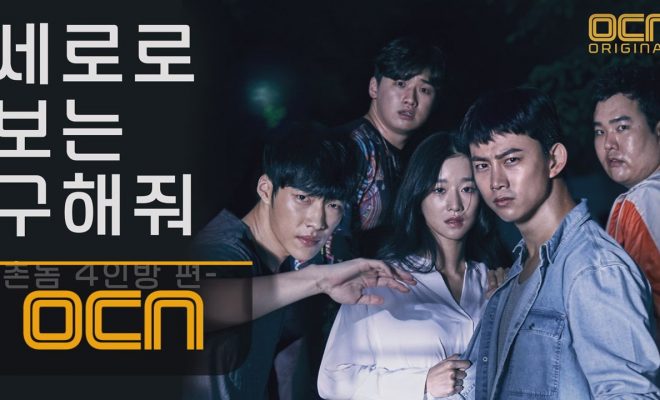 K-Drama Review: “Save Me” Notches A Contemplative Thriller About Religious Cult Following And Faith In Humanity

Save Me is OCN’s newest addition to its dark and gritty drama collection, solidifying its claim as a home network of thriller dramas. 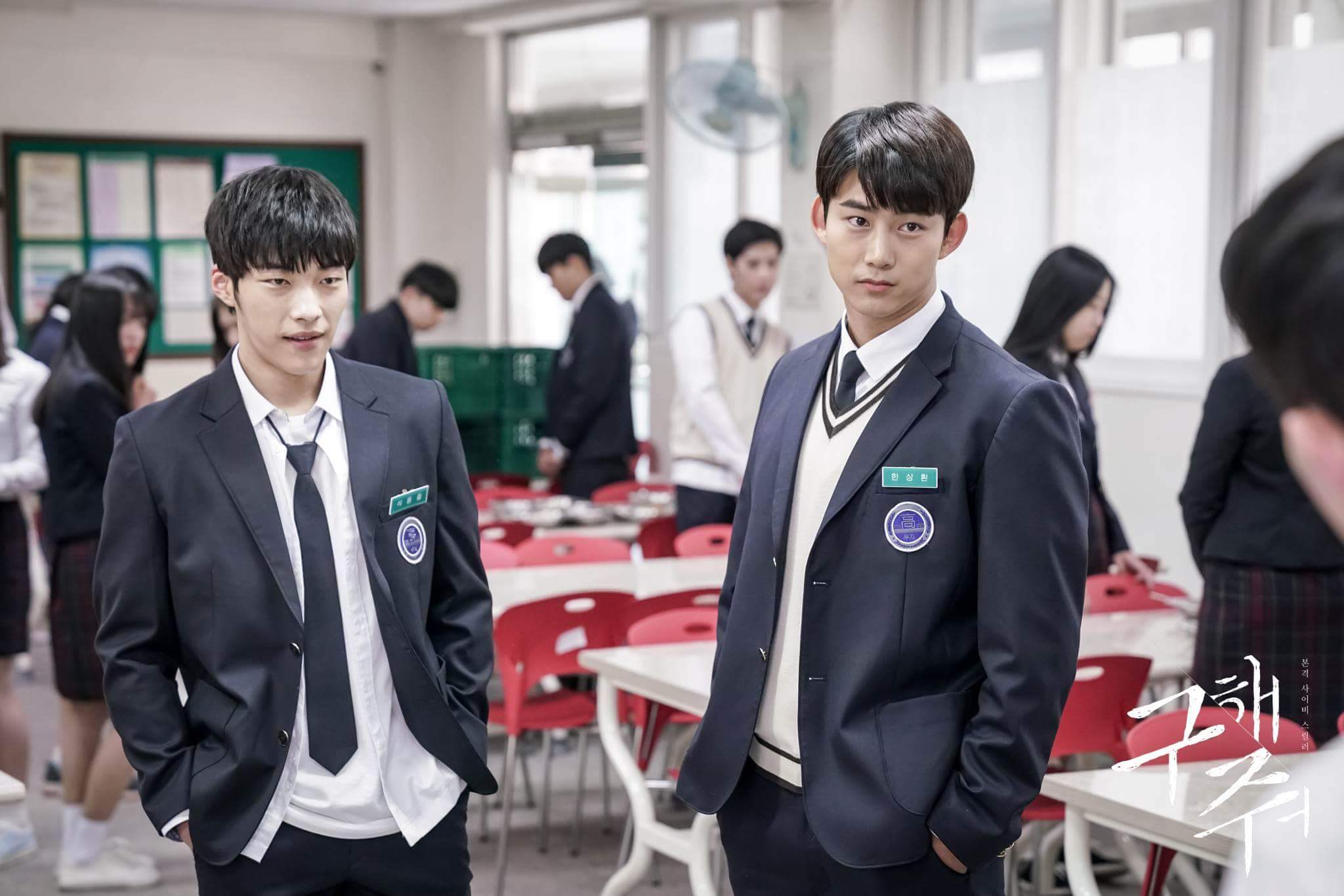 It took a while for me to finish Save Me because the depressing tone kept battling with my usual sunny disposition. Nevertheless, as expected for OCN’s trademark despondent themed dramas, it made me cringe on how the sinister villains and irrational conflict were pictured in the plot.

Save Me chronicles the story of a young woman Im Sang Mi (Seo Ye Ji), who moves to the suburb town of Muji after their family suffered financial difficulties in Seoul. In the hopes of starting a new environment for his bullied twin brother who endured the trauma he incurred from the city, they adjust to their new dwelling as her father finds a job to support the family.

But her twin brother unfortunately sustains the same fate in the new school leading to his eventual suicide. It leads to her mother’s insanity and her father’s hopeless attempt to make things work for their family by joining a religious cult run by pretentious spiritual leaders.

When Sang Mi’s brother becomes the school bullies’ target, the two best friends shield her brother, except that one instance when she badly pleads for their help, Sang Hwan refuses due to his father’s position as a running politician in the upcoming election. 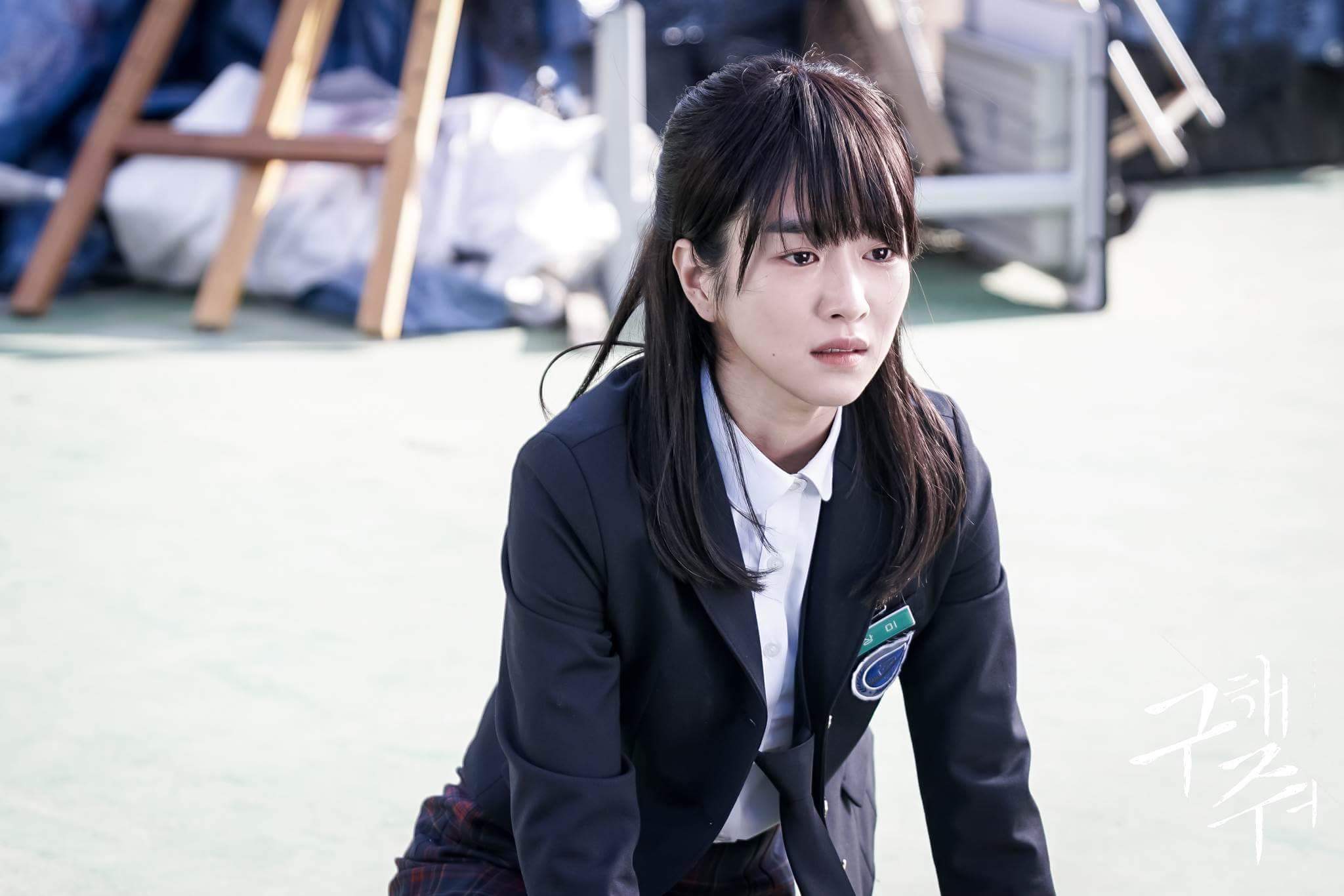 Years after, Dong Chul, who was sent to the prison after incapacitating one of the bullies, returns to the town as Sang Hwan comes back from Seoul where he is studying law.

Sang Mi, who has seen through the wickedness of the religious organization that his parents are following, appeals to her father. But the latter’s judgment is already poisoned by the spiritual leader’s road to salvation preaching.

Knowing that Sang Mi’s weakest point is her mother, the religious cult confines her as a hostage until Sang Hwan and Dong Chul stumble on her desperate cry for help. Together with their other two friends, they gather evidence of the spiritual church’s secret evil-doings.

Dong Chul infiltrates the cult following premise to work with Sang Mi, who is on her way to be sacrificed as a spiritual bride to the charismatic cult leader. Sang Hwan coordinates with the local police to bring out the truth about the organization’s growing funds and merciless killings.

Save Me moves in one central conflict. It does not have an addictive pulse, but followers feel the urge of wanting to see the end game of the heroes and the punishments of the crazy villains. It is depicted without adornment as it focuses on the character driven narrative. 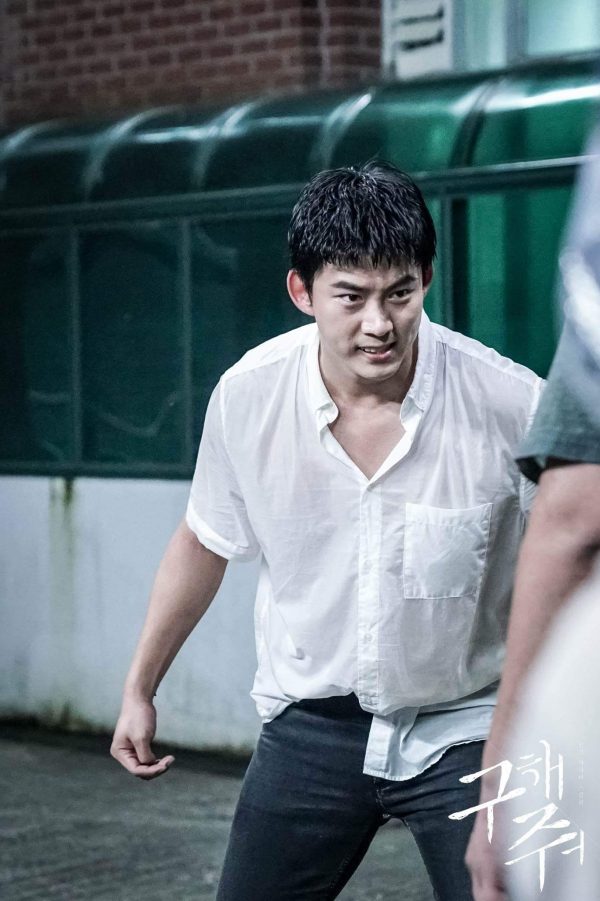 Traversing a sensitive topic about a religious cult requires an approach to present the disheartening truth about life experiences that cloud human beliefs. It plays on the good versus evil plot, while tackling the small-scale corruption happening in the fictional town of Muji. The display of the pious followers reeled to a ludicrous belief by the cunning leaders of a devout group will make you wonder as a viewer on how people buy the absurd idea of abandoning their lives through salvation pep talks of the spiritual father and his apostles. I had a lot of wincing moments on the clear sketching of how weak human nature is to succumb in a blinded faith because they choose to seek the easiest path possible for them when faced with adversaries. On a bright side, the irony of senseless conviction against the leap of faith to believe that hope endures is the lingering lesson I learned from the story. 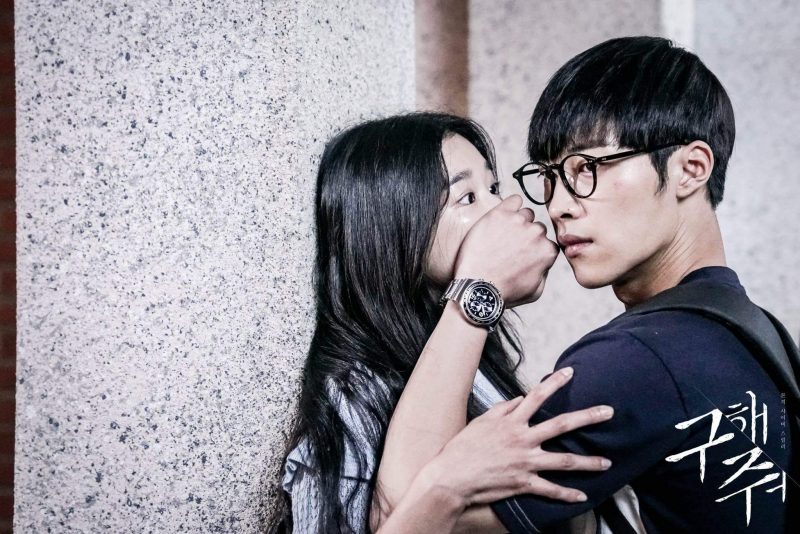 Well Fought Battle Between The Heroes and Villains

The heroes successfully channeled the contempt they felt toward the antagonists that as a watcher you also feel the animosity towards the fiends taking advantage of their weak followers.  For that reason, the portrayals of the villains were noticeable strengthening the drawing factor of the story.  The veteran actors set a stark contrast to the evil vanquishing team of young actors powered by Taecyeon, Seo Ye Ji and Woo Do Hwan.  The combination of seasoned and fresh actors delineated the compass of the storytelling by showing how discernment of right and wrong is not dependent to how young or old a person is. 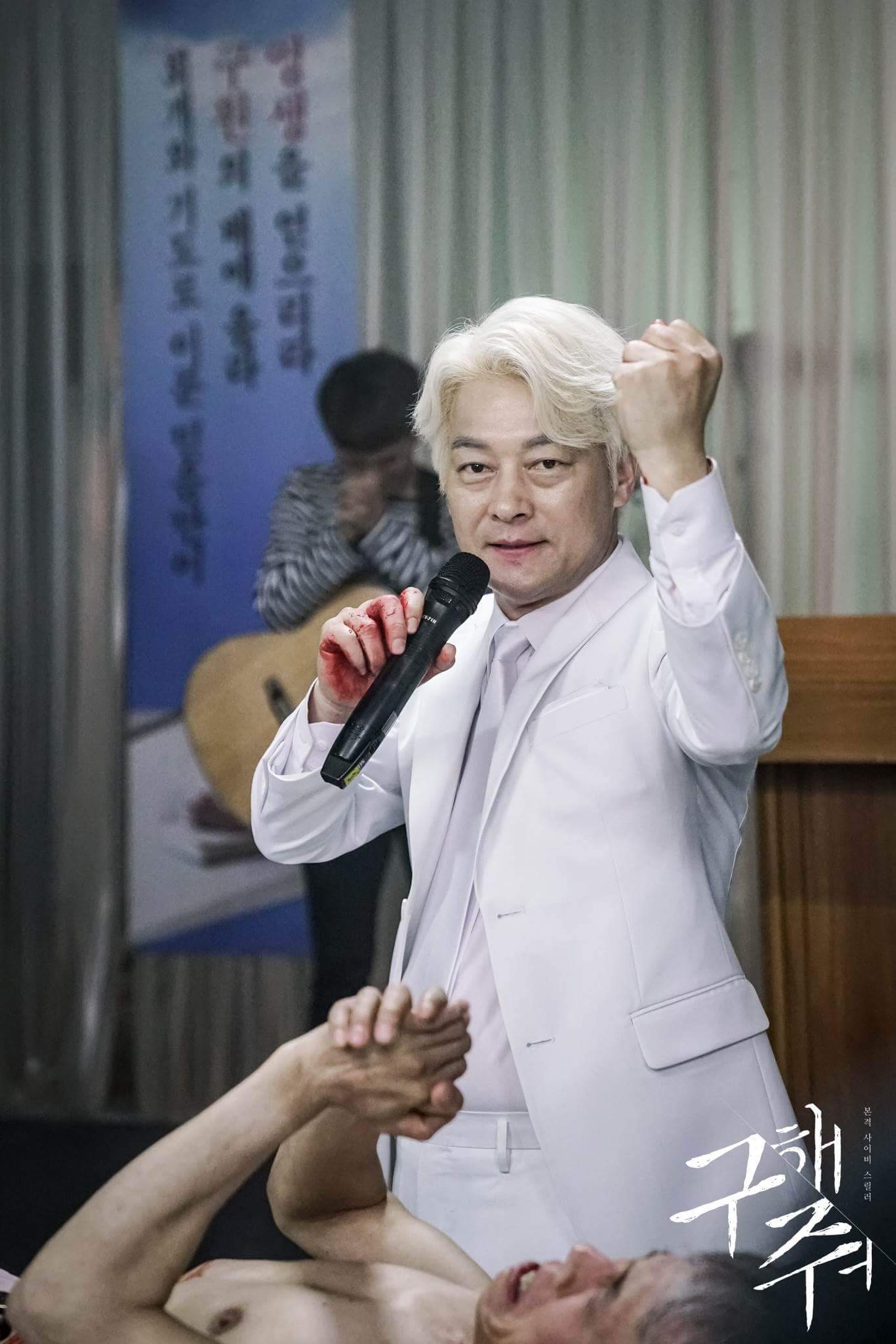 I felt the story is overstretched, taking on a 16-episode series since there are not many pertinent side pictures to support the central conflict. I struggled maintaining the groove to watch Save Me, owing to its dreary narrative. But it is a kind of story which makes you want to send off the characters with a proper ending. It is more of wanting to witness how the discord will be resolved, and if there will be a happy ending for the heroine, who strongly held on to her resolve when she couldn’t even trust her family.  The trust she gave on strangers, who willingly helped on her predicament is a reminder not to give up that something good, for it will come along if you earnestly wish for it.

Even with its relatively young cast, the topics discussed in the drama deem fit only for the middle-aged group.  I won’t encourage the youth to delve on the story.  I doubt if it would appeal to their taste anyway since the following of Sang Mi and the boys require patience as well as constant nudge to remain positive when the mood gets so saddening. 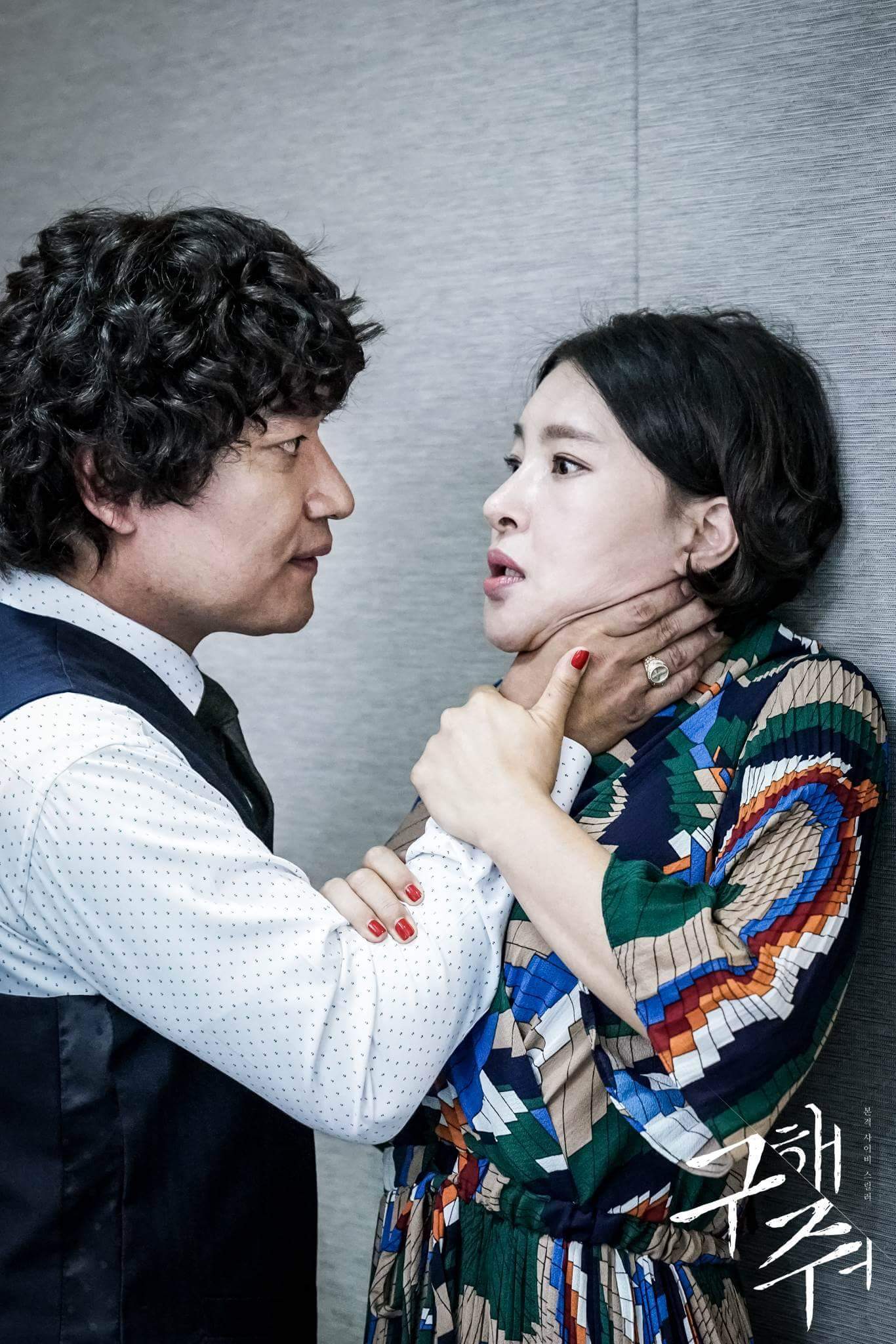 Thriller K-Dramas get most of the ideas through psychopath characters and steadfast heroes on a quest to end the vicious ways of the villains. Save Me is a safe bet to watch, but it is not as strikingly done as its predecessors that came in this year. I watched it for Taecyeon, but Woo Do Hwan presented a more memorable character.

For bravely delving on human greed, lunatic cult following, high school bullying, government corruption, and the rest of negative plot pieces of this eerie tale, I say watch it at a pace that will not drain you emotionally.