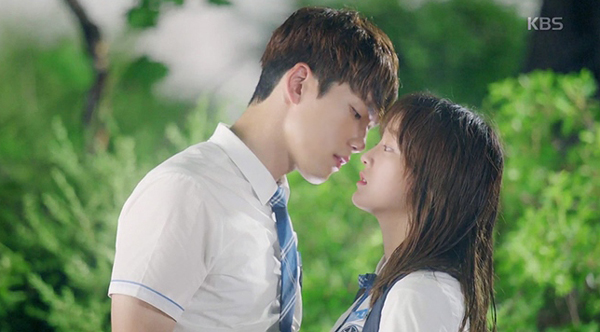 As plain as it can be, School 2017 cleverly digs on high school problems and candied campus romance. 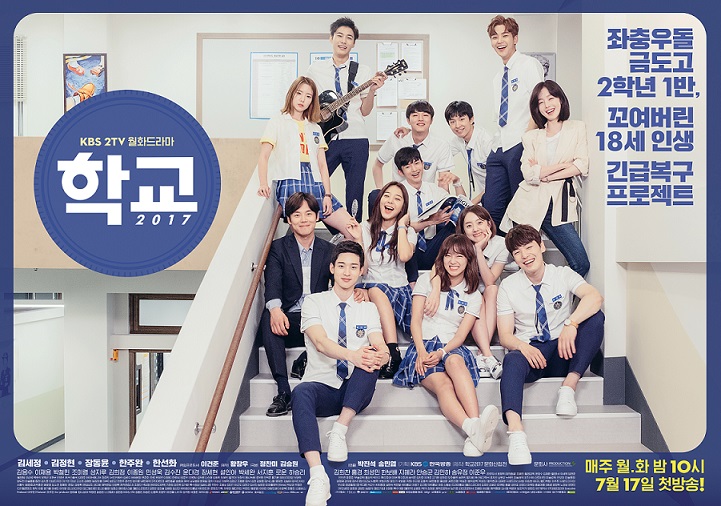 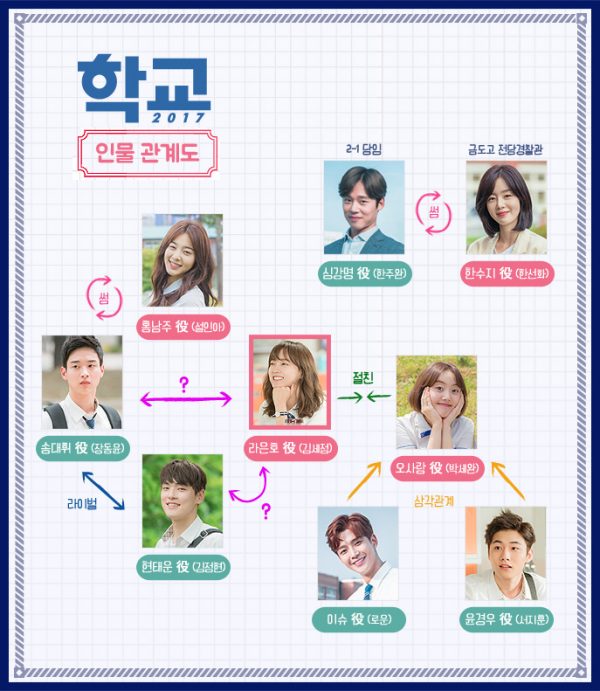 I think all the followers of School 2017 would agree that not much happened on this coming-of-age drama, except the sweet boy crush we all felt towards Tae Woon. *wink

I want to say, I was put on a cute school boys’ trance, that’s why I ended up binging on this youth drama.  But it is really because the predictable and light dramas are sometimes more therapeutic to watch instead of the heavily conceived ones.

School 2017 lacks story depth but the light premise and the young love progression easily melt the hearts of the viewers. Following the recurring elements of its predecessors, it painted a picture of students along with their woes, dreams and bliss we can all relate to. 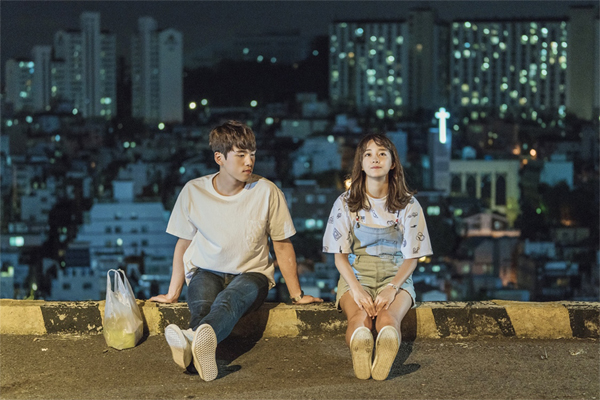 That moment when Tae Woon struts his I’m-happy-I’m-in-love cute dance moves with BTS’ “Boy In Luv” as music background, it weakened my knees, and I had to castigate my heart for falling on a shameless noona romance. *giggles

His stint in School 2017 will definitely open opportunities for him in the future. Not all actors can induce that lead man charisma effortlessly. But on his third drama and first lead role, Kim Jung Hyun is up to thread on a rosy track. 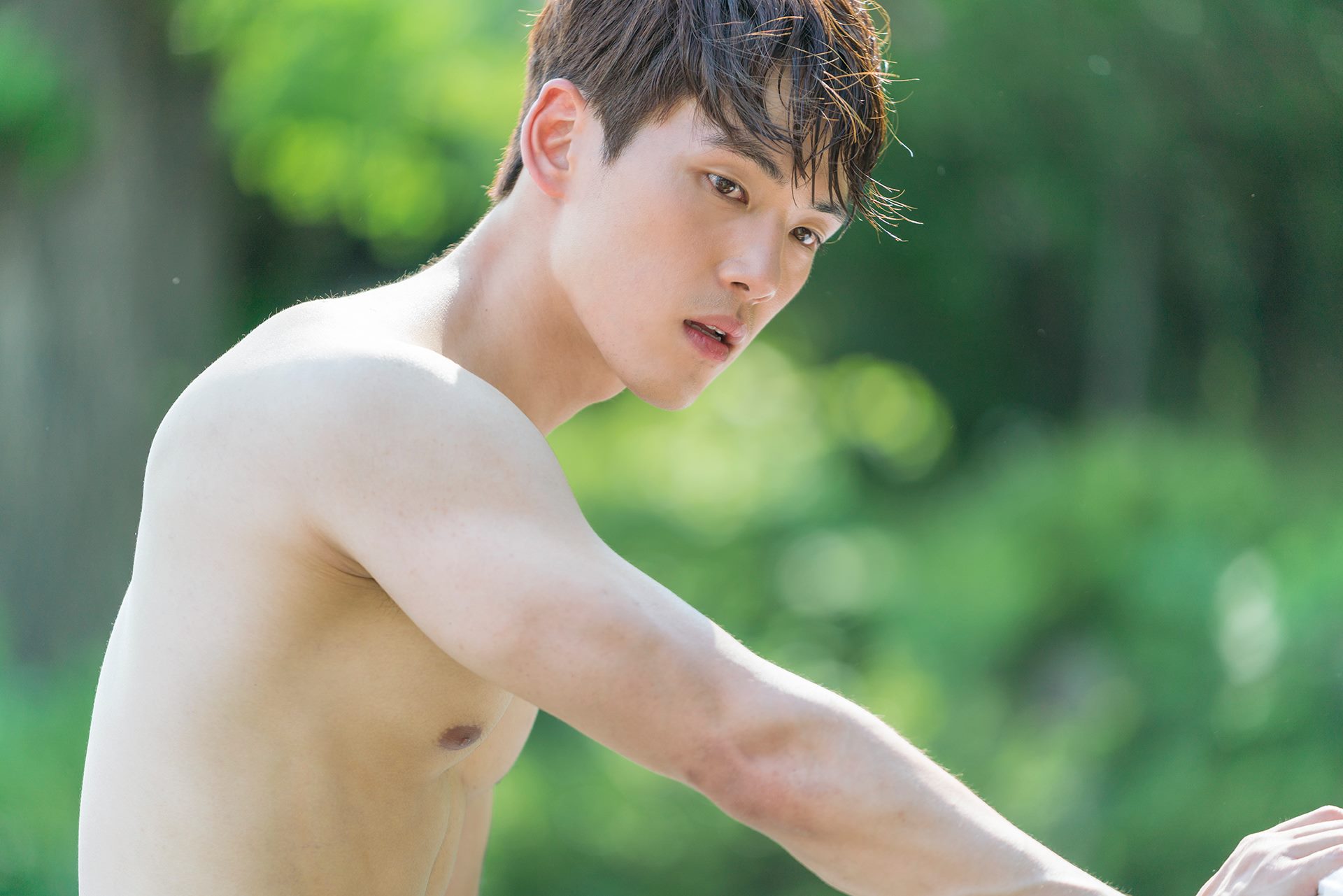 Having a weightless difficulty to tackle in the story actually makes it easy for the audience to focus on the positive notes of the campus tale – the friendship lessons and the young love sweet frames. The student cast were able to present insights on how your maturity as an adult is derived on how brave you have been in your youth. It leaves a retrospective note on the responsibilities of educators to the young minds, who rely on life experiences they can share before they face the cruel world. 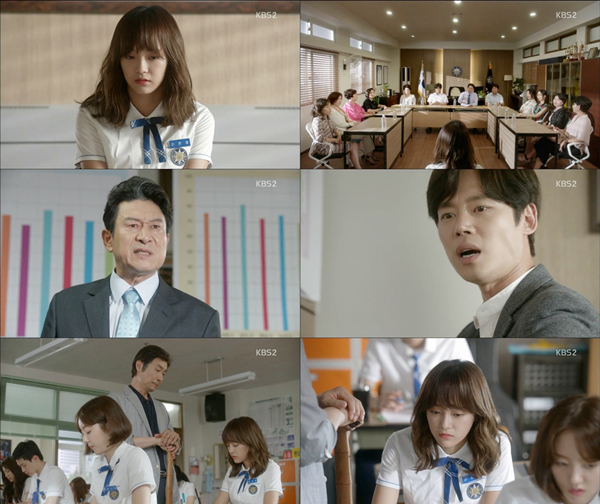 The young love captured in School 2017 displays the usual picture of how romance blooms for students. It is not grand or glamorized, but something that happened along the way because of sharing dreams, sob story sessions and I’m-here-for-you memories.

The languid yarning of events had to introduce side conflicts every now and then. Some worked well in binding the plot, some functioned as a lengthening ingredient.

But thanks to Ra On and Tae Woon’s quirky moments and heart-fluttering scenes, you would hardly notice that you have endured the sloppy make of where their romance was staged.

If Tae Woon smiles silly, the chances are you would also smile because of his cute high-school-boy-in-love grin. I will not dwell on the noticeable exaggeration on Kim Se Jeong’s debut performance, owing to her evident on-screen chemistry with Kim Jung Hyun.  They blended so well that you would be reminded of those buried memories you had with your first romance. 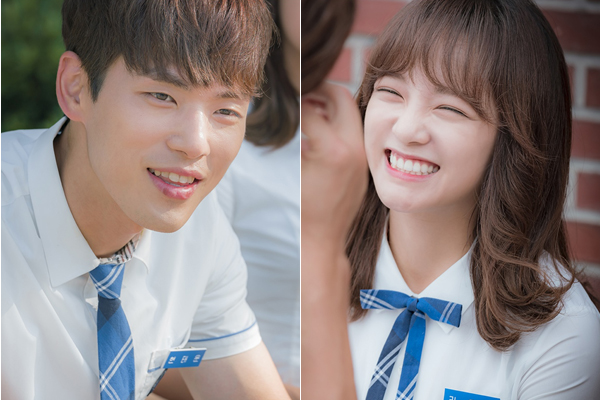 If you are the type who likes to think about connecting the twists and conflicts in a drama, School 2017 is not for you. The writing is shallow. The problem is trivial. I’ve seen a lot of school dramas over the years, and nothing new was presented in the story to make it at least distinctive from the rest. It pictured yet again the debilitating pressure that South Korean high school students face in preparation of their tertiary education. School politics is present as well as the varied faces of students succumbing to the stress of getting a bright future. 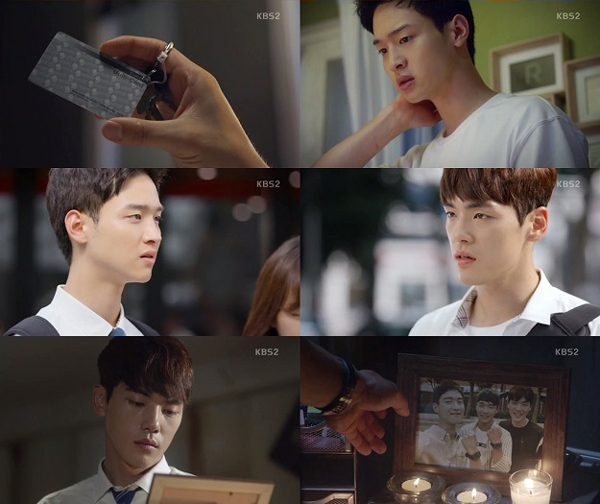 The 2017 edition of KBS school franchise failed to match the glorious run of its predecessors. On a bright side, the simplicity and the featured romance would at least propel the lead cast to popularity rise.

I almost skip this drama because I felt it would waste my time. But then it proved me wrong because it is a relaxing watch that did not exhaust my heart and brain in trying to analyze and memorize the buildup and message of the story. Sometimes, superficial dramas like this is more bearable to watch than premeditatedly conceived stories. 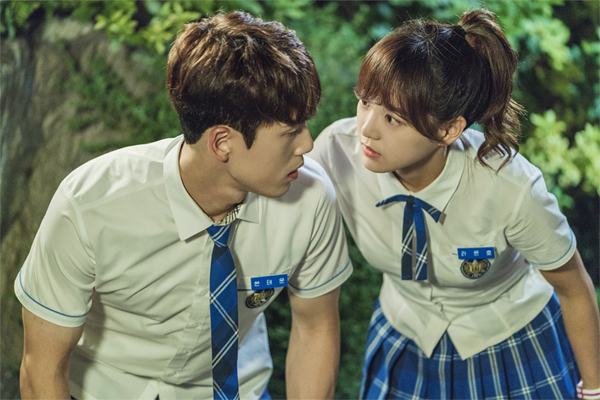 School 2017 caters primarily to the students. At the very least, it successfully imparts the message of the depressing situation of how the youths cope up to the pressure of what they can become in the future, if the society dictates a disparity according to economic statuses.

I would gladly recommend this to teenage students so that they can learn the wisdom of understanding the importance of chasing dreams, being happy and valuing friendship when you are young. 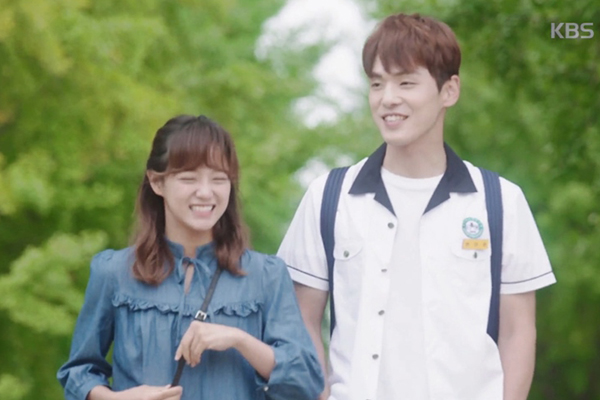