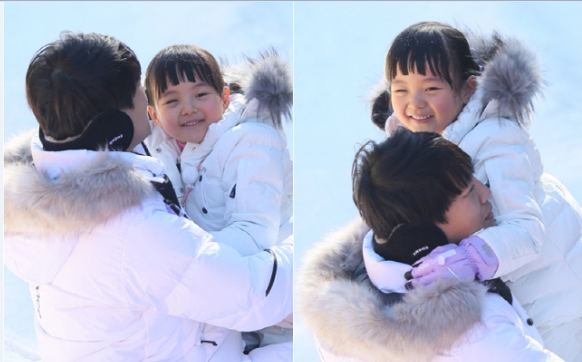 For the latest episode of, 1 Night 2 Days, Cha Seo Jin, the maknae of  Cha siblings, transformed into “Lovely Chae-elsa”. Her angelic face caught the attention of the viewers. Cha Seo Jin’s refreshing smile made viewers forget their fatigue momentarily as she gave them healing energy. 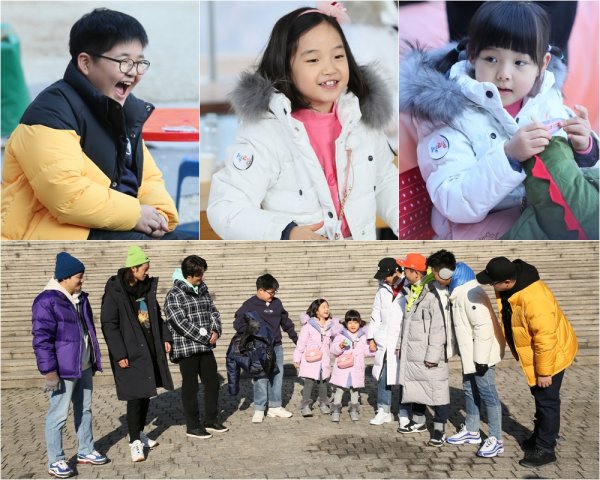 The variety show 1 Night 2 Days which aired on February 3 scored its youngest guest to date with appearance of the children of regular member Cha Tae Hyun. For its Winter Vacation special, Cha siblings joined their uncles to a trip at Yangpyeong in Gyeonggi province. Throughout the show, Cha Seo Jin, who seemed to have absorbed all the cuteness of the world endeared the audience.

In the recently released stills, Cha Seo Jin was hugging her father. Since she was wearing a white fur jacket, she blended easily with the dazzling snow reminiscent of Snow Queen Elsa from popular Disney film Frozen. Cha Tae Hyun looked lovingly at his youngest daughter often. Seeing this, the audience became more curious about the episode. 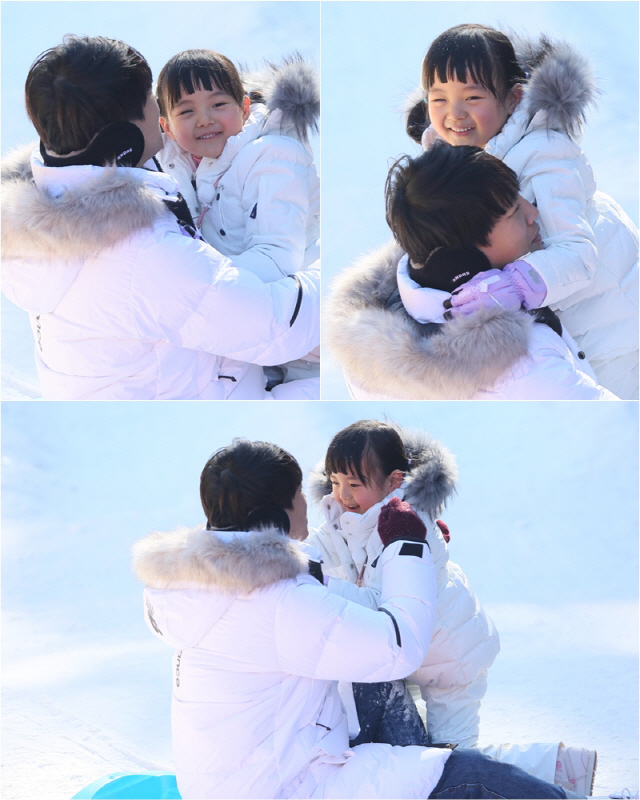 This isn’t the first time for the Cha Cha Cha siblings to participate in the show. They also previously guested in 2016 when the cast went to Gangwon-do. In that episode, Seo Jin was too young to participate, so only her elder siblings joined their father.

Viewers and fans of the variety show 2 Days, 1 Night can catch the latest episode with the Cha Cha Cha siblings on KBS.

Hellokpop, as an independent Korean entertainment news website (without influence from any agency or corporation), we need your support! If you have enjoyed our work, consider to support us with a one-time or recurring donation from as low as US$5 to keep our site going! Donate securely below via Stripe, Paypal, Apple Pay or Google Wallet.
FacebookTwitter
SubscribeGoogleWhatsappPinterestDiggRedditStumbleuponVkWeiboPocketTumblrMailMeneameOdnoklassniki
Related Items1 Night2 DaysCha Seo JinCha Tae Hyun
← Previous Story Idols Vote ASTRO’s Cha Eun Woo, BTS’ V, TWICE’s Tzuyu, Red Velvet’s Irene, And More As K-Pop’s Ultimate Face Geniuses
Next Story → Kim Jae Hwan Announces Cool And Breezy Official Fandom Name