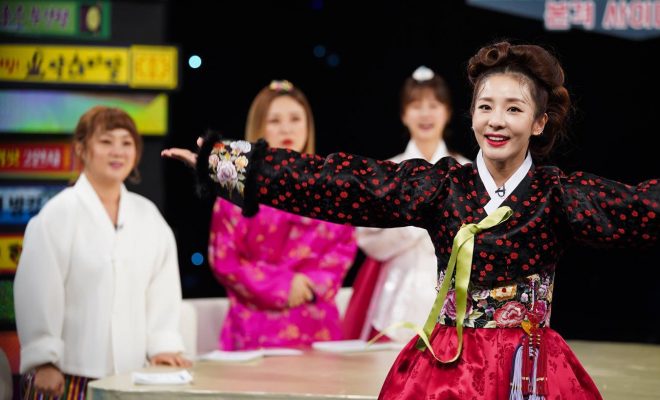 Have you seen the first episode of Sandara Park as Video Star MC?

2NE1’s Sandara Park shared her thoughts on being part of MBC Every1’s talk show Video Star following the airing of her first episode as a new cast member.

Park expressed her joy for having been given the position of an MC on the show. Additionally, she thanked the cast and crew for letting her have a new family through them.

She also relayed her determination to learn from her seniors Park So Hyun, Park Na Rae, and Kim Sook. The singer-actress promised to work harder and stay on the show for a long time.

Video Star welcomed Sandara Park on the show through its February 5th episode which also coincided with the celebration of the Lunar New Year. The episode featured her friends and former co-hosts H.O.T’s Tony Ahn, Kim Eana, Hwangbo, and JeA.

Various personalities also sent their congratulations to the new host through video messages.

The director of the show previously expressed confidence in Park to deliver a great performance as a host and to unearth more of the singer-actress’ charms.

The 2NE1 member showed off her hosting skills on various programs including JTBC’s Two Yoo Project and OnStyle’s Get It Beauty. She was also a guest MC on Video Star including the episode featuring her YG Entertainment juniors WINNER.