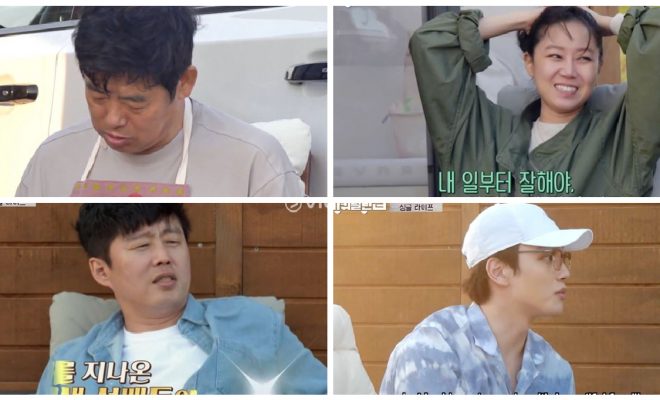 There’s more to the friendship and relaxing moments captured in recent episodes of House On Wheels.

Admittedly, House On Wheels share the same trust and tested elements of typical Korean travel variety show. But given the worldwide situation of being house bound for most people, it is such a refreshing and healing treat.

Featuring star-studded guests also adds flair to its basic setup of three actors traveling around Korea with a neat and tiny moving house. Sung Dong Il, Kim Hee Won and Yeo Jin Goo have been driving their “house on wheels” since June 11.

Given its concept of driving a small moving house which the actors use while traveling to places, it has surely drawn attention for its candid setup highlighting nomadic lifestyle. It is a special house where the front yard changes every day. At one point, it could be surrounded by luscious mountain scenery. At another point, it could be overlooking a stunning beach vista.

Aside from the delectable dishes and sprinkle of comic memories shared by the members and guests, the random lessons from casual chats create a distinct personality in the show. Probably because of its healing premise.

In case you haven’t tuned in yet, be inspired to watch House on Wheels through these encouraging moments below.

Braving experiences out of your comfort zones

In episode 1, Sung Dong Il explained the reason why he joined the show. Acknowledging the concept of freely traveling anywhere, he is curious of how much enjoyment and memories he can have, by spending time just for himself, at his age.

Likewise, Kim Hee Won Hee Won also voiced out the lessons he had learned so far as he has a lot of woes before the show. He also ruminated on Jin Goo’s passion to make something worthy out of the failures he encountered that day. Something that he himself lacks. 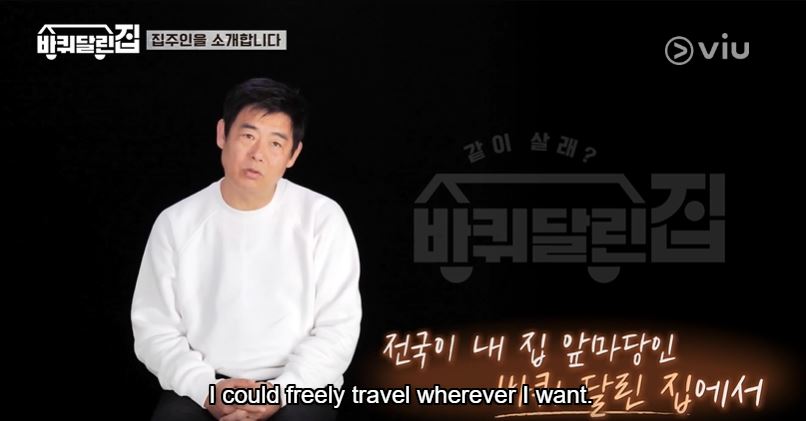 On varying concepts of living alone

In episode 3, phenomenal actress Gong Hyo Jin appeared as second guest of the show set in Jeju Island’s Hamo Breakwater. While munching on two local dishes, they had a quick break and touch on the topic on living alone.

Telling she like being alone, Sung Dong Il reminded her not to drag her solitary life for a long time. He also got curious about what the actress does in her lone time.

“I do what I want. I like living alone in my home.” Gong said. She also inquired if Dong Il has thoughts of staying home alone. The versatile actor responded how he gets lonely easily so he doesn’t like living alone. He added how he is grateful that his children are around as well as when friends visit him.

Asking the maknae actor in the group, Yeo Jin Goo replied how he hasn’t thought of it yet. As the actor is yet to move out, Gong Hyo Jin understood his perspective since he hasn’t experienced real life yet.

This conversation may appear like a passing moment, but this explains how people have varying concepts on tackling loneliness. There are people who can function all by themselves, as opposed to another set who wants other people to invade their personal space. 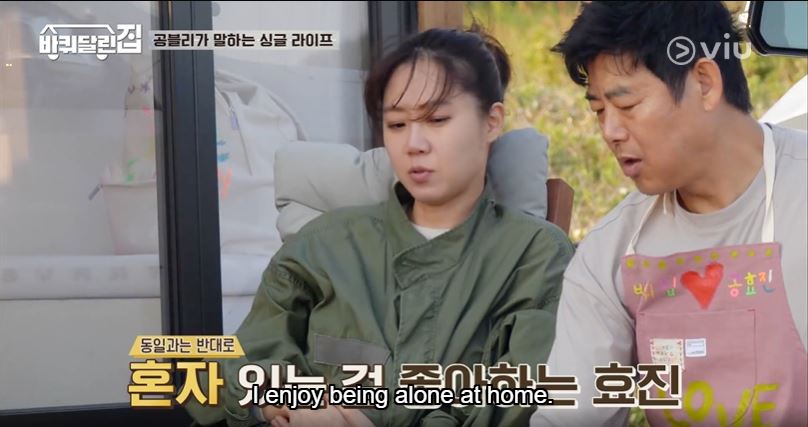 Sung Dong Il quipped on how living with parents is one of the best things in life. That is why he still visits his mother often. Hyo Jin confessed how her parents live two floors above her and how she still go to get her mom’s food since she likes it so much.

The actress also revealed how her parents have full trust on how she handles her life and never initiate to visit her.

The choices made when we are young

Continuing the insightful chat, Hyo Jin went to the topic of the advices she received when she was young. At the time she thought love was everything, her senior colleagues told her to work hard and not sacrifice everything for love.

She remarked how the words have made sense now at her age when she thought at that time why her seniors are cynical. The words are indeed true because to win people’s hearts, you have to work hard. 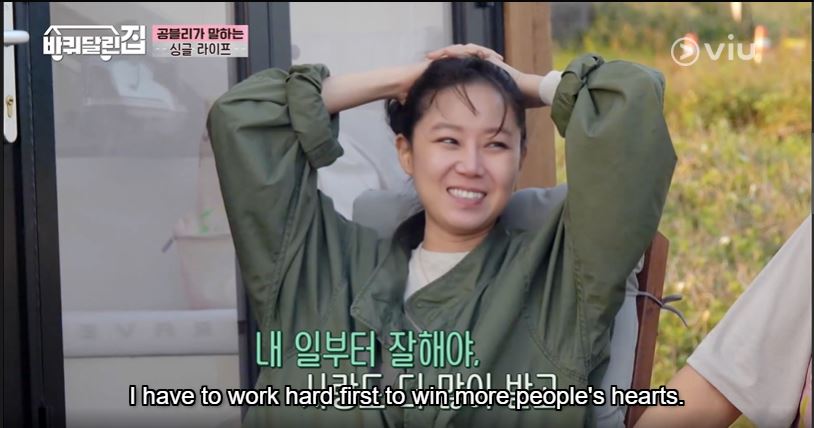 The right time to get married

When Yeo Jin Goo shared how he wants to marry fast and have beautiful family, Gong Hyo Jin responded that it will happen naturally. Kim Hee Won replied that’s how they all thought when they were at his age.

Sharing her two cents about marriage, Gong Hyo Jin relays how someone tends to marry when he has not experience what real life is about. She conveys her own thoughts of how she has been focused on herself and by the time she realized it, time has passed and people who got married have divorced already.

Chuckling in unison, Sung Dong Il mediates the marriage talk and hopes for Jin Goo to get married fast. Hyo Jin remarked how Jin Goo has a special case since he has worked early, and might have not experienced first love at school like regular people.

Asking about his love experience, the three senior actors were surprised to listen to Jin Goo’s confession of not experiencing love yet. Hyo Jin adorably exclaims how she and Hee Won are luckier than the 20’s guy who has never fallen in love.

Hee Won even urged him that he should rush more than him. He compared the bright feeling of love to how poet describes it, and goes back to reality that it is bitter and painful when Dong Il reeled him back to his romantic monologue. 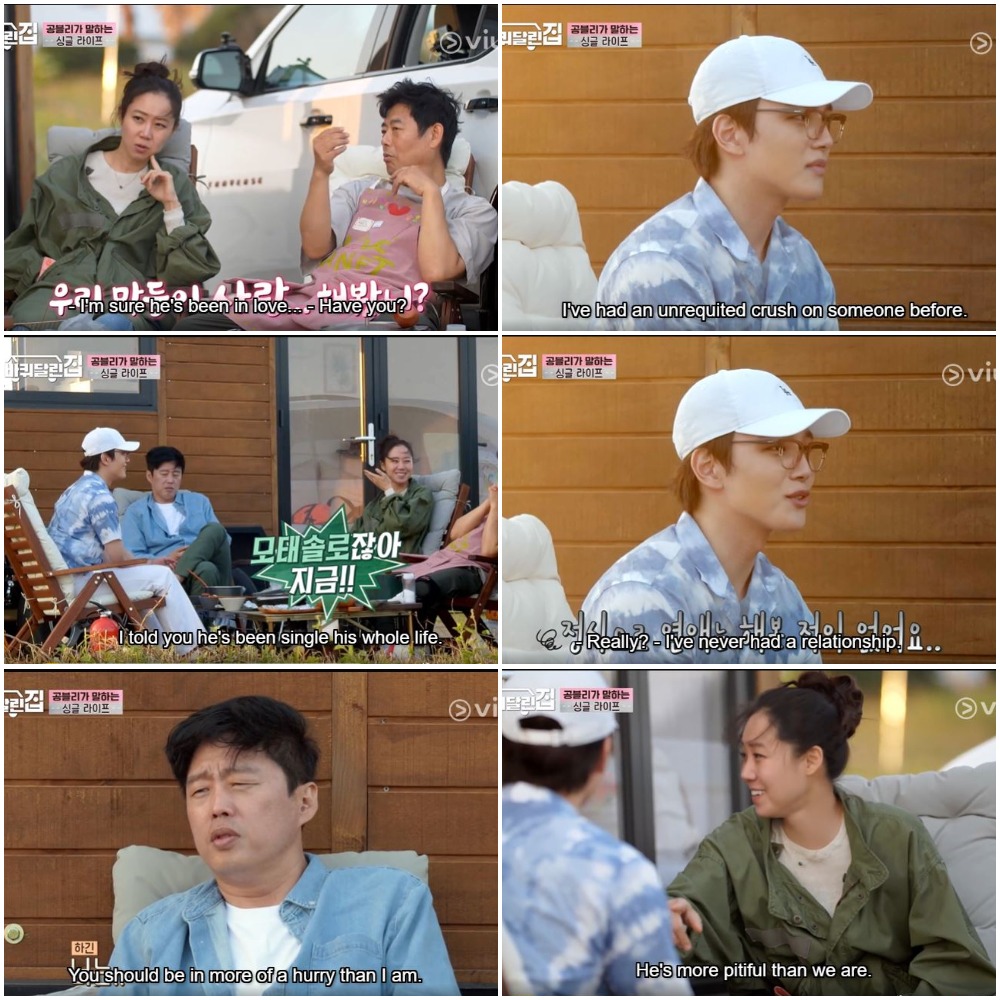