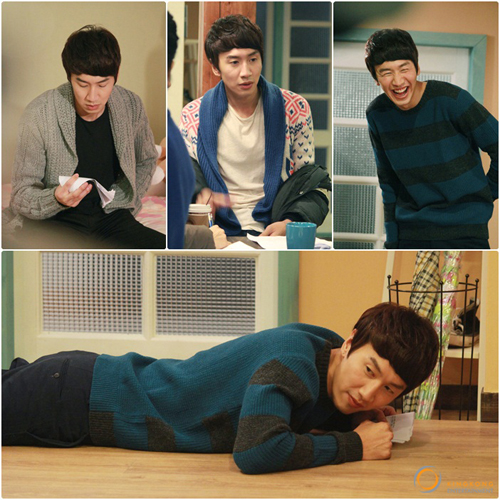 Actor Lee Gwang-soo from Nice Guy has been drawing attention for one of the scenes he played.

On November 14th, King Kong Entertainment uploaded photos of Lee Gwang-soo and the behind-the-scene of the film set of KBS‘s Nice Guy.

The uploaded photos were of Gwang-soo showing a kind smile but also looking serious in his work as well, showing a variety of charms.

During the 18th episode which was aired on November 8th, it showed a scene of  Gwang-soo laying on the floor in front of the main door to stop his sick friend to get surgery for his illness. If Kang Maru refused to get surgery, he would have to step over Gwang-soo’s body to leave.

Hellokpop, as an independent Korean entertainment news website (without influence from any agency or corporation), we need your support! If you have enjoyed our work, consider to support us with a one-time or recurring donation from as low as US$5 to keep our site going! Donate securely below via Stripe, Paypal, Apple Pay or Google Wallet.
20
SHARES
FacebookTwitter
SubscribeGoogleWhatsappPinterestDiggRedditStumbleuponVkWeiboPocketTumblrMailMeneameOdnoklassniki
Related ItemsKBSLee Gwang-sooNice GuySong Joongki
← Previous Story Super Junior’s Kyuhyun sings OST for The Great Seer
Next Story → Actor Joowon tells his breakup story