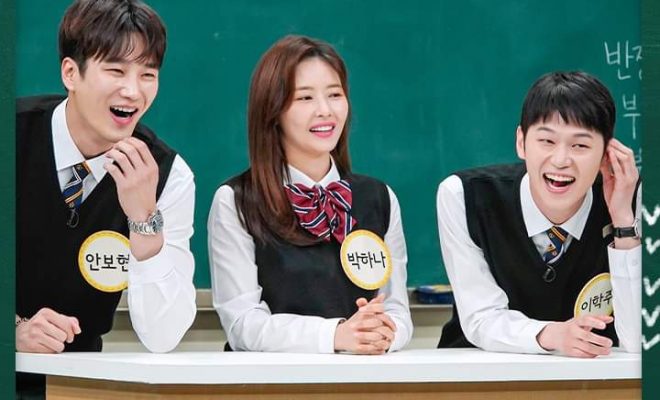 On May 30, actors Ahn Bo Hyun, Lee Hak Joo, and Park Ha Na, made an appearance on the jTBC variety show, Knowing Brothers. Introducing themselves as the “Scene Stealers”, they exhibited their actual personalities which is quite different from their on-screen avatars. 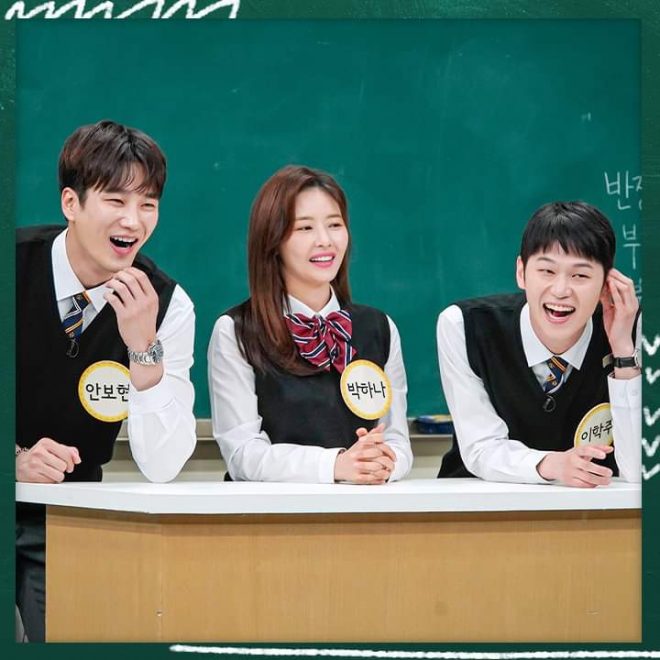 All the three actors are known for their portrayal of negative roles in dramas. Ahn Bo Hyun played Jang Geun Won one of the primary antagonists in Itaewon Class and his memorable performance had garnered him a nomination for the 56th Baeksang Arts Awards.

As for Lee Hak Joo, he played an extremely scary character in the record-breaking drama, The World Of The Married. The actor was highly praised by the seasoned actress Kim Hee Ae, who also the lead in the drama.

On the other hand, Park Ha Na has worked in a large number of daily dramas such as, Apgujeong Midnight Sun, The Promise, Mysterious Personal Shopper, and My Only One.

When asked on who among the three played the worst character, Ahn Bo Hyun jokingly said it has to be Lee Hak Joo. He stated the reason that Lee Hak Joo’s character has assaulted women. Park Ha Na too concurred with that opinion for the same reason.

Speaking on the scenes from their dramas, Lee Hak Joo said that Ahn Bo Hyun’s scene where he strangled the chicken in Itaewon Class looked very menacing. As for Park Ha Na, she found the scene where Lee Hak Joo drags Shim Eun Woo very scary.

Regarding her own scenes Park Ha Na said the scene where she breaks her own finger to frame her teacher, was very cruel.

Parents’ impression on the characters

In response to what his parents thought about his bad guy role, Ahn Bo Hyun shared that his parents had a very dry reaction and did not say anything for days. However, after the 10th episode, they changed their profile picture to his face and also posted about Itaewon Class.

Apparently, his parents did not boast about him because his character was very much evil. But after the character goes to jail, the audience started feeling remorse for him and so, his parents decided that it was the right time to post.

In regards to his mother’s reactions, Lee Hak Joo disclosed, “My mother said, ‘Why are people so scared of my son. I see his face all the time but I am not afraid.'”

Next, Kang Ho Dong asked Ahn Bo Hyun whether the rumours about him disliking Park Seo Joon is true. Bo Hyun dismissed the statement and said, “This is the first time I am hearing this. I’m close with Park Seo Joon. Even after Itaewon Class ended, we met each other.”

Additionally, Ahn Bo Hyun said, “I had gone through lots of auditions using Park Seo Joon’s script from other dramas. I have a huge respect respect for him.”

Connection among the three actors

Answering the question on whether the three guests knew each other, Ahn Bo Hyun revealed that he met Lee Hak Joon when they were auditioning for a role. They were trying for the same role but both of them failed. Nonetheless, they exchanged their contact details and became friends.

Then, Ahn also stated that he belongs to the same agency as Park Ha Na. The two also shared friendly banter throughout the show as they talk about their past incidents.

Narrating the tale of his acting journey, Ahn Bo Hyun confessed that he had done a lot of part-time jobs. Even after his brief appearance in Descendants of the Sun, the actor worked at a construction site.

Ahn Bo Hyun said, “I used to work at a construction site to make a living. My Busan friends would make a video call to me to show off to their other friends, but I was wearing a safety hat. My friends would then ask me if I was filming.”

The actors then spoke about their role models. Ahn Bo Hyun said, “My role model is Baek Jong Won. I want to use my skills in helping other people just like him.”

Among actors, Ahn Bo Hyun chose Ju Ji Hoon as the actor, whom he admires the most. Park Ha Na said that she considers Ha Ji Won as her icon, while Lee Hak Joo said that he looks up to Han Suk Kyu.

Ahn Bo Hyun also expressed his admiration for Min Kyung Hoon and admitted that he is a big fan of Buzz. Subsequently, he proceeded to sing a duet with the singer and amazed everyone with his vocals.

After that, the trio went ahead to play various fun-themed games that highlights their strengths. Quite an entertaining episodes, the actors surprised everyone as they are nothing like their characters.

Meanwhile, Lee Hak Joo currently stars in jTBC drama, Sweet Munchies. At the same time, Park Ha Na is a part of Mystic Pop-up Bar. On the other hand, Ahn Bo Hyun is slated to play the lead in a drama called Kairos.