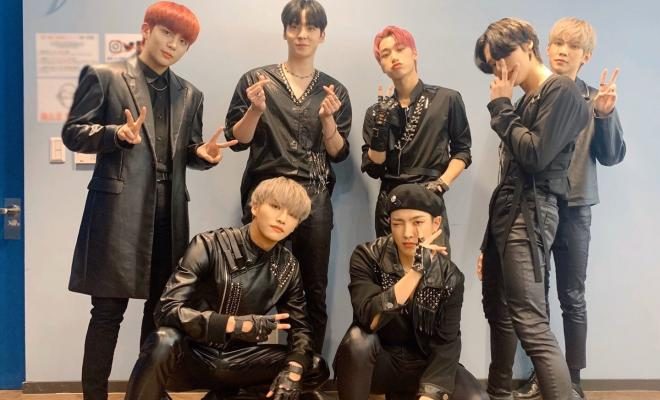 The leading fourth-generation K-pop group, ATEEZ, made their first appearance on Knowing Bros since their debut! The group participated as surprise guests of the Knowing Bros unit, Space Hipster, during their online fan-meeting.

The fan-meeting was broadcast live on YouTube to fans’ immense enjoyment.

ATEEZ increased the tension of the fan-meeting by performing fan-favorite tracks. This included “Say My Name” and “HALA HALA”, songs that represent the group’s unique intensity. Once ATEEZ took to the stage, the comment section for the group filled with various welcome messages and praise, which was an explosive response to the members’ surprise appearance on the show.

Additionally, the group joined Space Hipster during their performance of their track “Hanyrang”. First dancing along jovially, ATEEZ displayed their duality by breaking into their powerful, self-made choreography for the track.

Previously, ATEEZ participated in the music video filming for “Hanyrang”, which dropped on December 26 of last year. Fans witnessed their warm hearts and endearing chemistry with the Space Hipster members as well as featured artists DinDin and BIBI.

Following their performance on Knowing Bros, ATEEZ stated, “It was more meaningful and we were honored to make choreography for Space Hipster. In particular, we are so thankful that our seniors took good care of us and invited us to appear on Knowing Bros with them”.

Their recent work with industry seniors and the sincere praise that follows continues to display their admirable professionalism. Furthermore, the group’s appearance on the iconic Korean reality show portrays ATEEZ’s upward domestic demand, which is only increasing as of late.