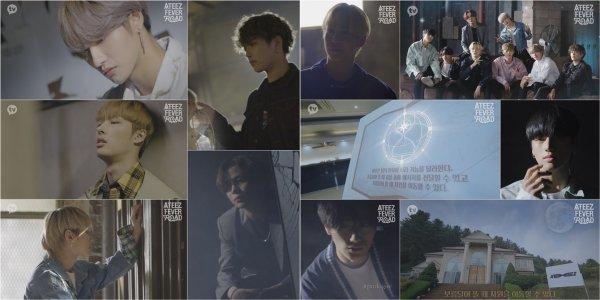 ATEEZ concludes their reality show FEVER ROAD by hinting at a celestial, alternate dimension worldview for the next step in their narrative journey!

Kakao’s reality show, FEVER ROAD, featuring global sensation ATEEZ, wrapped up with an exciting conclusion that revealed the group’s next narrative concept. Overall, the series garnered immense attention throughout its eight-episode run. The show was a new concept that blended adventure/reality as members completed various missions. It also revealed more of ATEEZ’s narrative worldview to fans with every episode.

FEVER ROAD captivated ATINYs ever since its premiere on October 26. In particular, the show’s refreshing composition including prologue and epilogue videos revealing more about the members’ worldview stories, impressed fans. These videos touched on the overarching topics of ATEEZ’s narrative including lost family and friends, the pursuit of dreams, to the formation of ATEEZ as a team.

Additionally, the production crew in charge of the series maintained top filming quality in the prologue and epilogue scenes. The same filming equipment, sets, and props used in ATEEZ’s “Diary Film” video were used once more, further immersing viewers in ATEEZ’s worldview. The inclusion of ATEEZ’s conceptual narrative in the reality show resulted in fans’ passionate speculations regarding their meaning and connection to the group’s broader storyline.

Hongjoong’s story aroused curiosity in episode one regarding the use of the hourglass he held. During the finale of the series, fans discovered that the hourglass is a “Cromer”. The “Cromer” conveys a message through dreams when the crescent moon rises and moves to the dimension where the full moon rises. 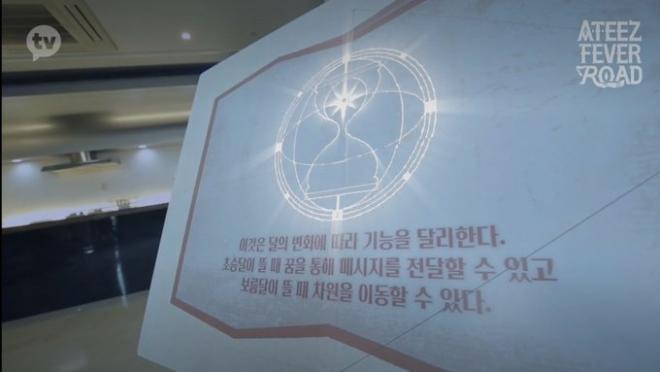 After succeeding in their mission in the last episode, completing the Cromer puzzle, ATEEZ disappeared under the full moon. The show forebodes a new adventure the members will embark on in another dimension, creating fans’ suspense and anticipation for the group’s next steps in their worldview.

While fans adored the show for its intrigue, the series also provided laughter through the members’ missions and games which displayed unpredictable fun. Furthermore, the members’ individual charms and group chemistry endeared fans, who enjoyed watching their natural relationships.

Following the series conclusion, the production crew of ATEEZ FEVER ROAD stated, “We hope many people enjoyed the eight episodes of ATEEZ’s worldview and the journey to carry out the missions. We would like to thank the fans and viewers for watching the show with interest.”