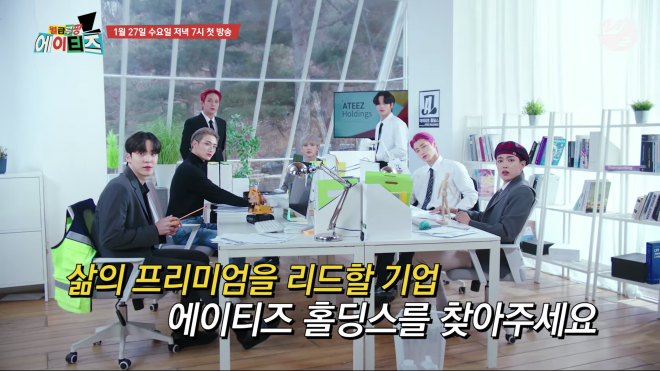 Global K-pop group ATEEZ continue gifting their fans with endless content, now unveiling their newest reality series with Mnet titled, Salary Lupin ATEEZ. Mnet released the first video preview for the upcoming series on its YouTube channel. During the short clip, the teaser excited fans for the shenanigans to come as the members transform into employees of the company “ATEEZ Holdings”. 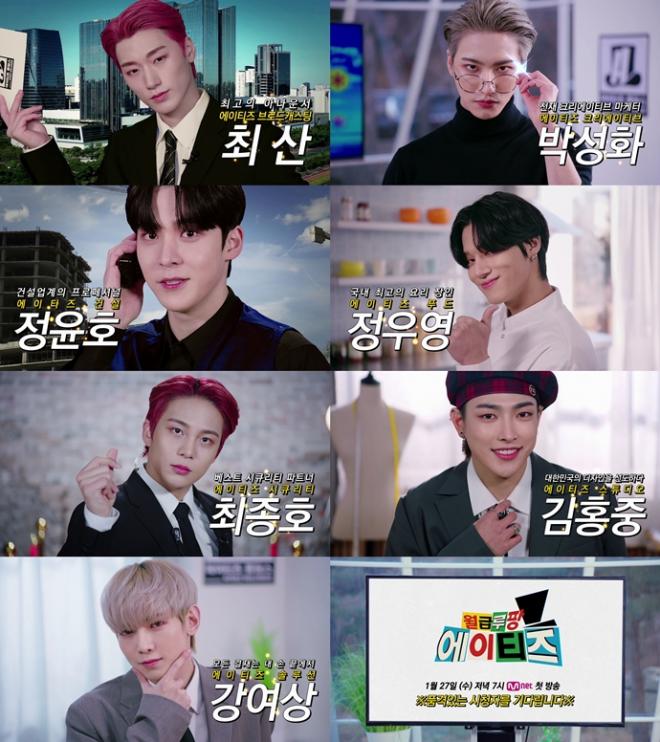 Further building excitement was the members’ characters revealed during the teaser video. Fans will witness the group take on various roles within the ATEEZ Holdings company.

San transforms into a broadcasting anchor, Seonghwa becomes the creative marketing head, and Yunho is the head of construction. Meanwhile, Wooyoung will take control of food as the company’s chef, Jongho will become the security personnel, Hongjoong is the company’s designer, and Yeosang is in charge of all document approval.

Throughout the reality show, members will entertain with their chemistry during day-to-day office life. The show also features a glimpse into the team’s chat rooms, and special missions following their shifts at the office to win special prizes.

The backstory of the reality series promises engaging fun, highlighting the members working to promote the new business venture of “ATEEZ Holdings”. Each member earned a position in this new company through competitive interviews.

Through this reality show, ATEEZ will endear fans with their contrasting charms as idols and as office employees.

The show expands the worldview of “ATEEZ Holdings” previously introduced by Mnet. The short contents, seen during ATEEZ’s last comeback special, was lengthened for this new series. As such, the members prepared various content and large-scaled episodes for fans to enjoy.

The new reality series will premiere on Mnet on January 27 at 7 PM KST. Subsequently, the series will air on its YouTube channel, M2, at 8 PM KST the same day.