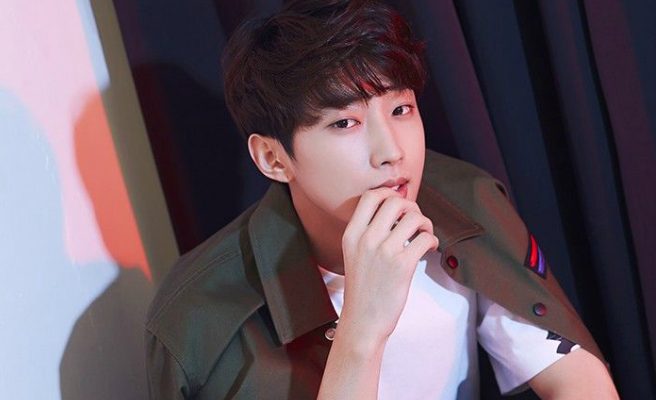 B1A4‘s Jin Young is set to make his comeback to the small screen with an upcoming drama special , according to his agency WM Entertainment.

The leader of the WM Entertainment boy group will reportedly play the role of Dong Seok in KBS’s drama special If We Were A Season (unofficial title). Jin Young’s character is described as a man, who has one-sided feelings with Hae Rim, played by Chae Soo Bin.

If We Were A Season is a melodrama that will depict the innocent and youthful lives of its characters. Cast members have met with the drama’s production team on June 16. Preparations for filming have reportedly started.

In the 2016 hit drama Love in the Moonlight, Jin Young and Chae acted alongside Park Bo Gum and Kim Yoo Jung. Chae acted as Jo Ha Yeon, the daughter of the influential Minister of Rites. She was originally arranged to marry Kim Yoon Sung, played by Jin Young.

However, through an agreement, the two decided not to push through with the elders’ plan. Chae’s character ended up as the royal consort of Prince Lee Young (played by Park Bo Gum). On the one hand, Jin Young’s character met a terrible fate, while protecting Hong Ra On (played by Kim Yoo Jung).

155
SHARES
FacebookTwitter
SubscribeGoogleWhatsappPinterestDiggRedditStumbleuponVkWeiboPocketTumblrMailMeneameOdnoklassniki
Related ItemsB1A4Chae Soo BinIf We Were A SeasonJin Younglove in the moonlight
← Previous Story Kim Soo Hyun On Pro-Bowling Tryout: “I Think I Could Do Better But I Don’t Regret Participating In The Tryout”
Next Story → K-Drama Premiere: Discover “Forest of Secrets” With Cho Seung Woo And Bae Doo Na