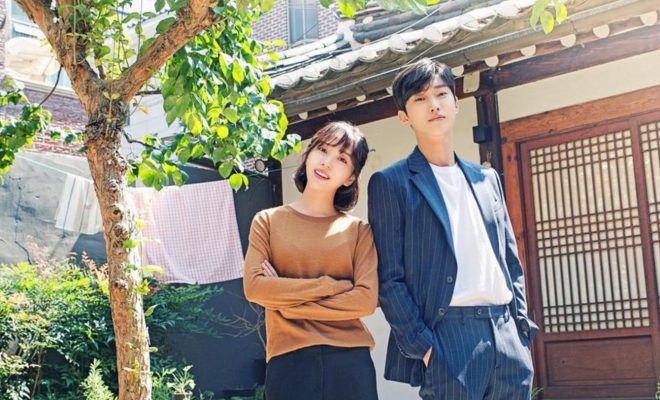 B1A4’s Jinyoung and AOA’s Mina have been confirmed to lead in a new web drama together!

FNC Entertainment has confirmed that AOA’s Mina will be joining B1A4’s Jinyoung for a new web drama, entitled Wind Bell.

The two idol-actors have been confirmed to take on the lead roles for Wind Bell, a drama which will showcase both the beauty of family and the beauty of Seoul. The filming for the drama has already commenced, and is expected to wrap up in December.

Wind Bell‘s script comes from a project selected through the Seoul Story Drama Script Contest held by the Seoul Metropolitan Government last year. It centers on the theme of family reconciliation, and is set on one of the guest houses in Bukchon.

It follows the story of Daniel, a young world-class novelist who was adopted overseas. He returns to Seoul in hopes of meeting his family again. In this journey, he will get help from Yeo Jin, an employee at a publishing company in Seoul. Jinyoung plays as Daniel, while Mina brings Yeo Jin’s character to life.

Get ready to see Korea’s beautiful sights as well, because the drama will be bringing Seoul’s top attractions such as the Bukchon guest houses, Namsan, the famous Han River, Seoul Plaza, and Cheongyecheon to the viewers’ screens along with Daniel’s journey to reconnecting with his family.

Wind Bell is a part of Seoul City Promotional Stories Drama, which is produced by the Seoul City Tourism. It is set to be released through Viki before the end of 2018.

Are you excited for B1A4’s Jinyoung and AOA’s Mina’s new web drama? Let us know by leaving a comment below, giving us a holler on Facebook, or tweeting us at @hellokpop!