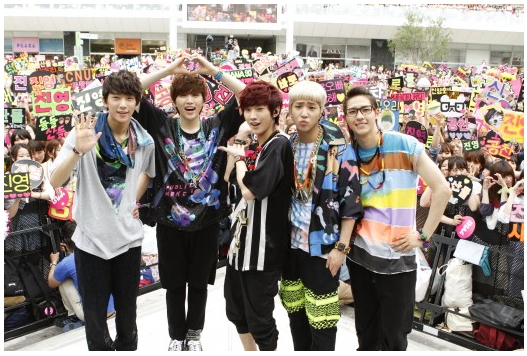 KBS Joy’s, Hello Baby, finally confirmed the rumors. B1A4 are going to be daddies on the new season of ‘Hello Baby’!

There are two babies and both are five years old. The two kids are from Gyeongsang and Jeolla provinces and with their different regional dialects, they will bring a new twist to the show. It will be a challenge for the group too, knowing that their leader, Jinyoung, can’t even read a map or follow directions.

Before the official announcement was made, this was a hot topic on several online community boards, attracting many fans attention.

SNSD, SHINee, T-ara, Sistar, and MBLAQ have previously appeared in the program.